11th A Day in The Dirt Poster | Garage Finds 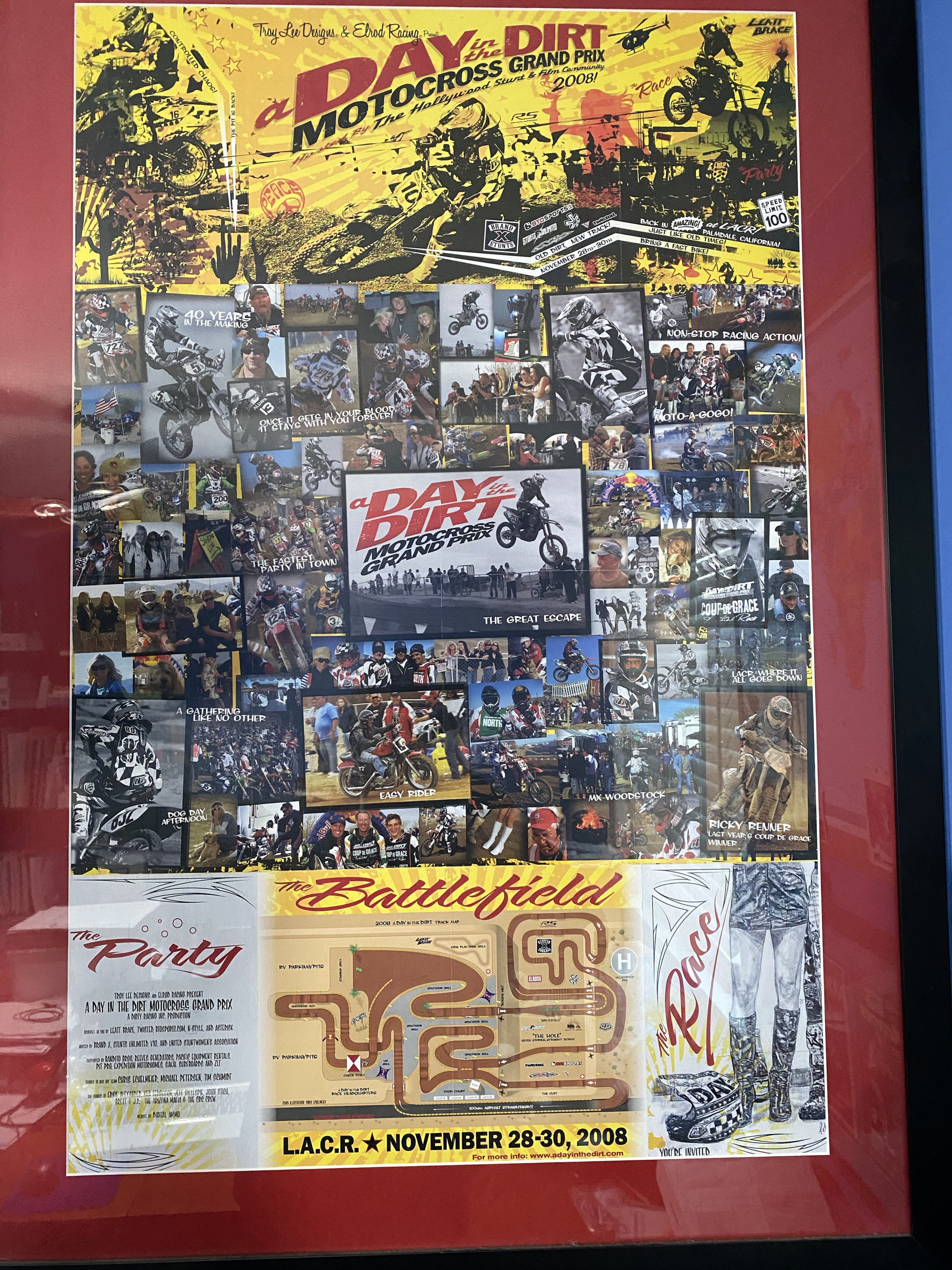 With the 23rd A Day in the Dirt Motocross Grand Prix right around the corner, I thought it would be cool to share this flyer from the 11th running of the event that I have framed and on the wall of my garage. I think I’ve been to all but three of the events either as a photographer or racer, and the race is one of the most highly anticipated of the year for me. Sadly, I sold our family’s toy hauler trailer three years ago because we hardly used it with the girls away at college and done with the club soccer tournaments that we always camped out at. Some of my fondest A Day in the Dirt memories, however, are of all four of us camping from Thanksgiving night to Sunday at the track, boxed in by other campers and trailers so that we couldn’t leave even if we wanted to. The sound of bikes warming up or the announcer blaring over the loudspeaker with his Robin Williams impersonation from Good Morning Vietnam usually woke me from a deep sleep…for many years I entered as many races as I could to earn the Ironman award, and I was always dead tired.

But back to the event poster! For the first decade and a half or so, Troy Lee Designs was a co-presenting sponsor of the race, and the event collateral was always something to behold, with a track map, a collage of the previous year’s race photos, and more. When my great friend Sheri Ridenour, formerly of TLD, handed me the 2008 flyer, she had a mischievous smile on her face. As I unfolded it and looked at all the detail, the main detail I was supposed to notice escaped me…I was the main rider featured in the art at the top of the poster! Granted, the extent of the “art” was a simple photoshop effect, but it was still a thrill to be immortalized on a piece of ADITD artwork.

This year, I’ll be a “day racer” at the 23rd running of the event; driving to the track in the morning and sleeping in my bed at night, but I’ll still be there on all three days. Man, I can’t wait! Are you signed up? If not, online registration is closed, but it is possible to get an entry at the track. Trust me, this is a race worth going to! 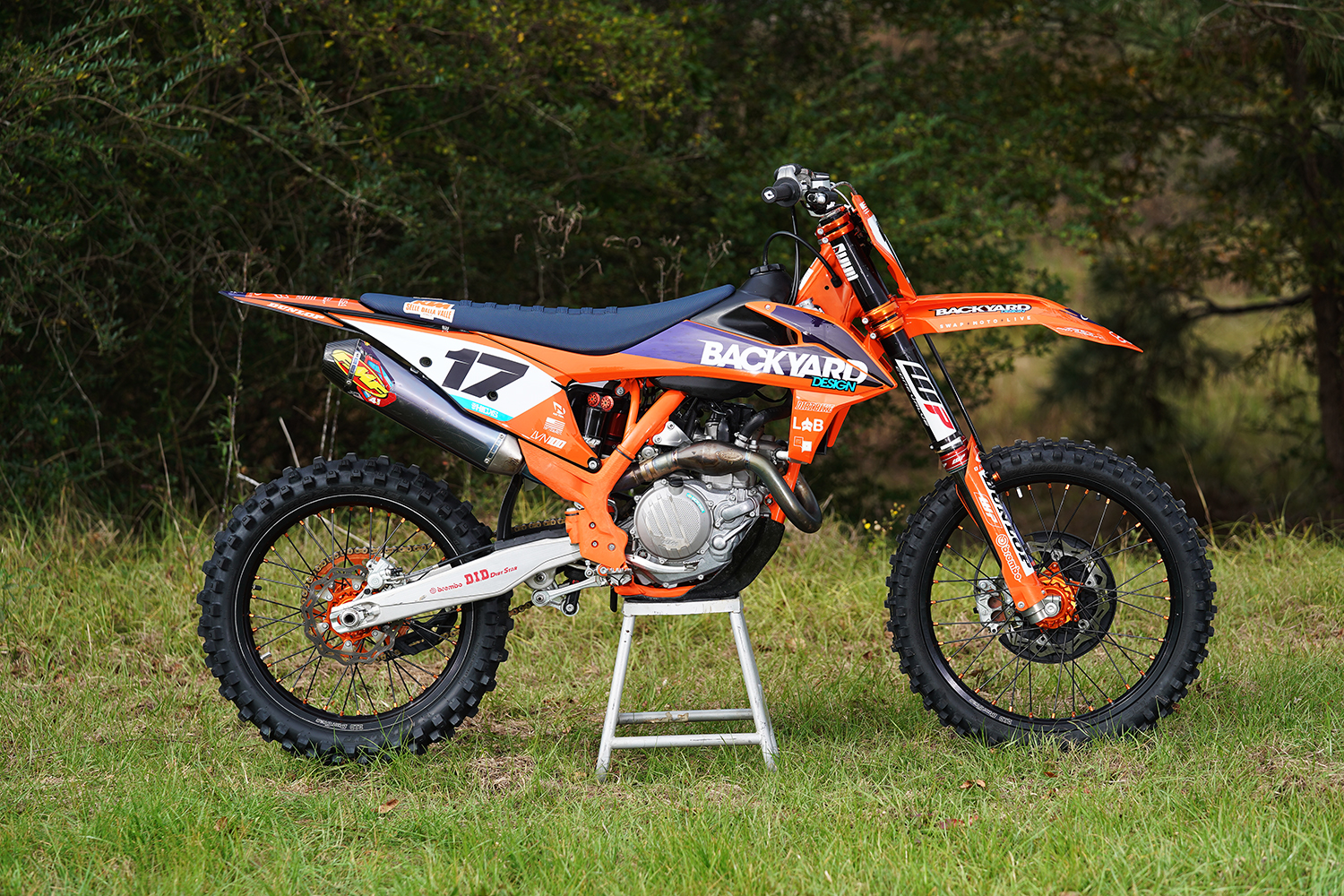 We’ve relied exclusively on Backyard Design for all of our number and graphic needs over a year now and we are consistently blown away by their ability to design exactly what we had imagined, and deliver it to us in lightning-fast fashion. This bike actually belongs to BYD USA’s Jared Hicks, and since he’s pals with both our staff and the guys at Dirt Bke Magazine, he boasts both logos on his kit!  If you’re in the market for a new graphic kit, you’d be a fool not to check out BackyardDesignUSA.com

@kylechisholm11 is one of the good guys in our sport and he’s been super easy for us as media guys to work with for well over a decade. He’s even raced our test bikes before! Chiz is coming out of the woodwork to race Southwick this weekend and the guys at @aliassprt are helping him get there. All proceeds from Alias CBD sales tomorrow, July 9, will go directly to Chiz. Help a brother out! | #swapmotolive #sml #ch11z ...

Checking in With Ronnie Mac