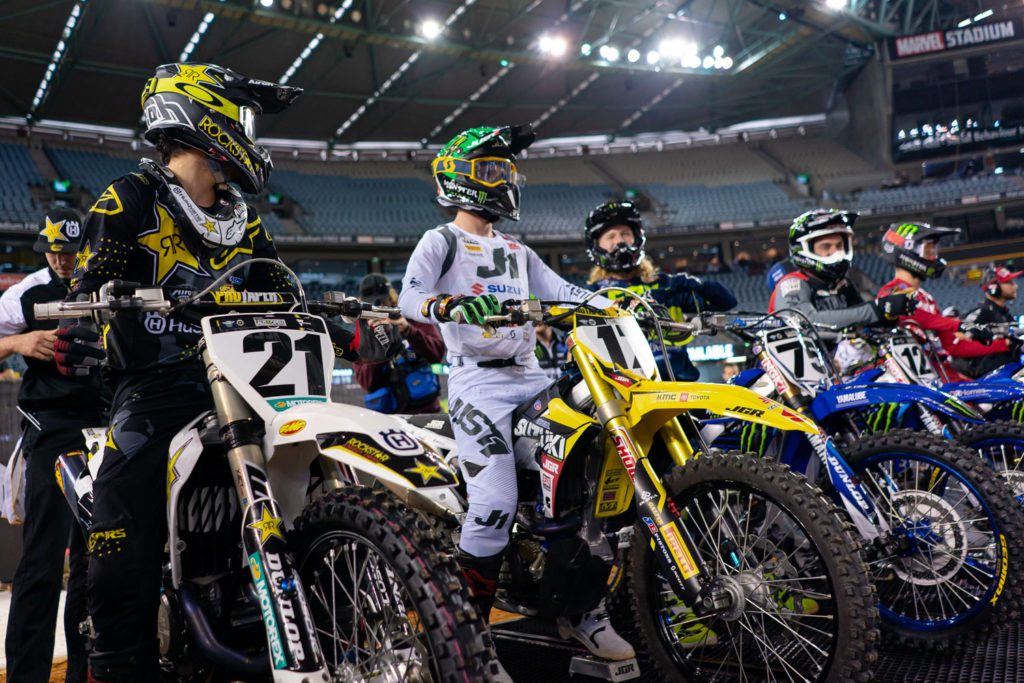 Timed qualifying has just concluded at the 2019 AUS-X Open Supercross, the final round to the 2019 Australian Supercross Championship. The move to Marvel Stadium means that for the first time in the event’s history, it will have a full-size Supercross track for competitors. Dirt seems to be an issue down under, but the track crew has sourced some solid red clay that is holding up to the abuse of the bikes and challenging riders to find traction.

Only a handful of points separate the front runners in both the SX1 and SX2 championships and their pace was just as close in qualifying. Monster Energy CRD Yamaha’s Luke Clout, the incoming point leader, clocked the quickest lap of the afternoon and just edged Penrite Honda’s Justin Brayton, who is the defending champion and second in the standings, by just a few fractions of a second on the stopwatch. Rockstar Energy Husqvarna Factory Racing’s Jason Anderson, in his second of two appearances down under this year, was third on the list and was roughly a half-second off the pace of Clout.

In the SX2 class, incoming point leader Josh Osby was the top rider of the field, as the Raceline KTM rider bested Penrite Honda’s Chris Blose by less than a quarter of a second. Only four points separate the two for the title heading into tonight’s race.

Unfortunate news from the afternoon was the crash Joey Savatgy suffered in the free practice session. Although details are scarce, the early word is that the JGRMX/Yoshimura/Suzuki Factory Racing rider suffered a fracture to his ankle and or heel. We will update the site as more information becomes available.

Watch some footage from the afternoon’s qualifying session and check out the results below. No, we did get clips of every rider, but it’s not from a lack of trying. Check back soon for more coverage… 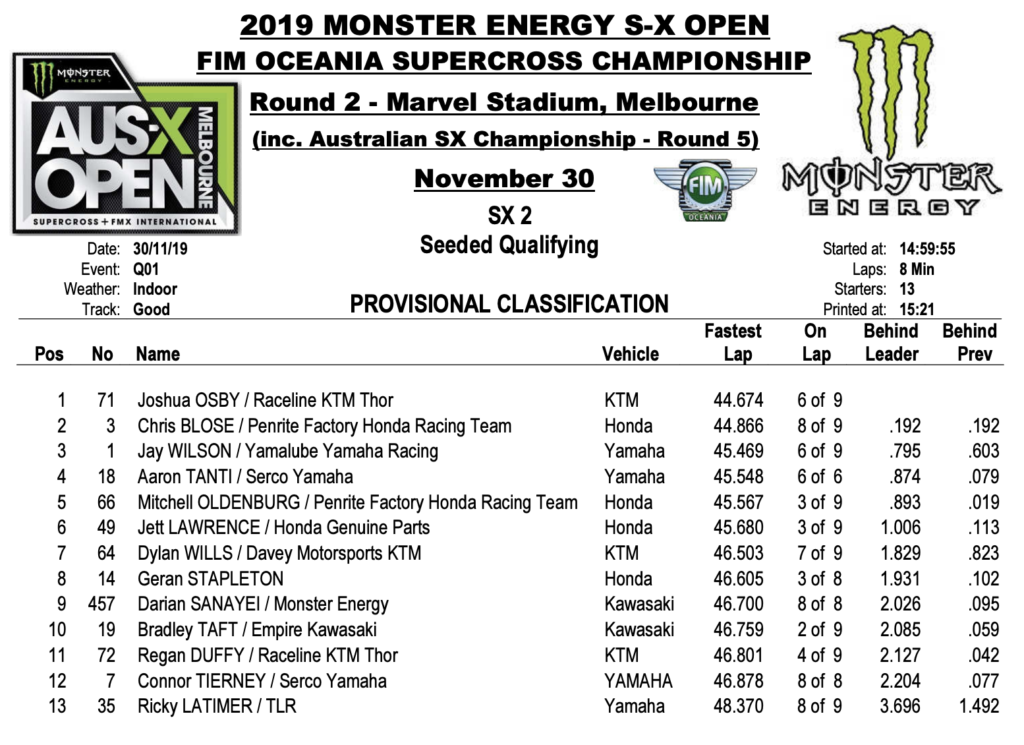 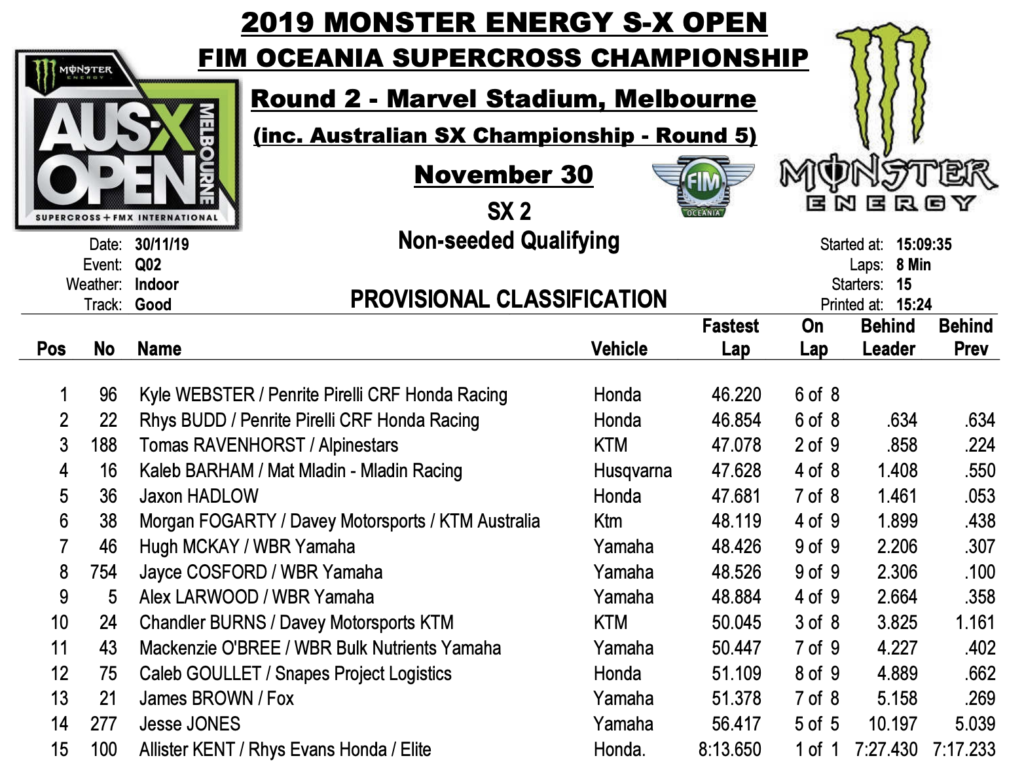 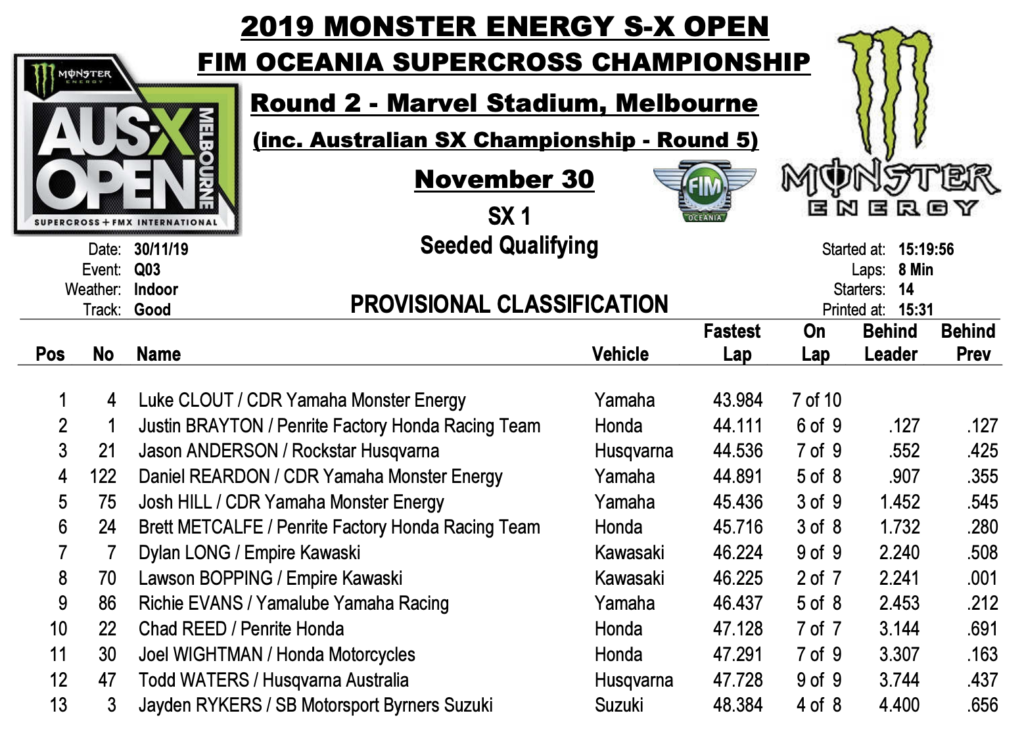 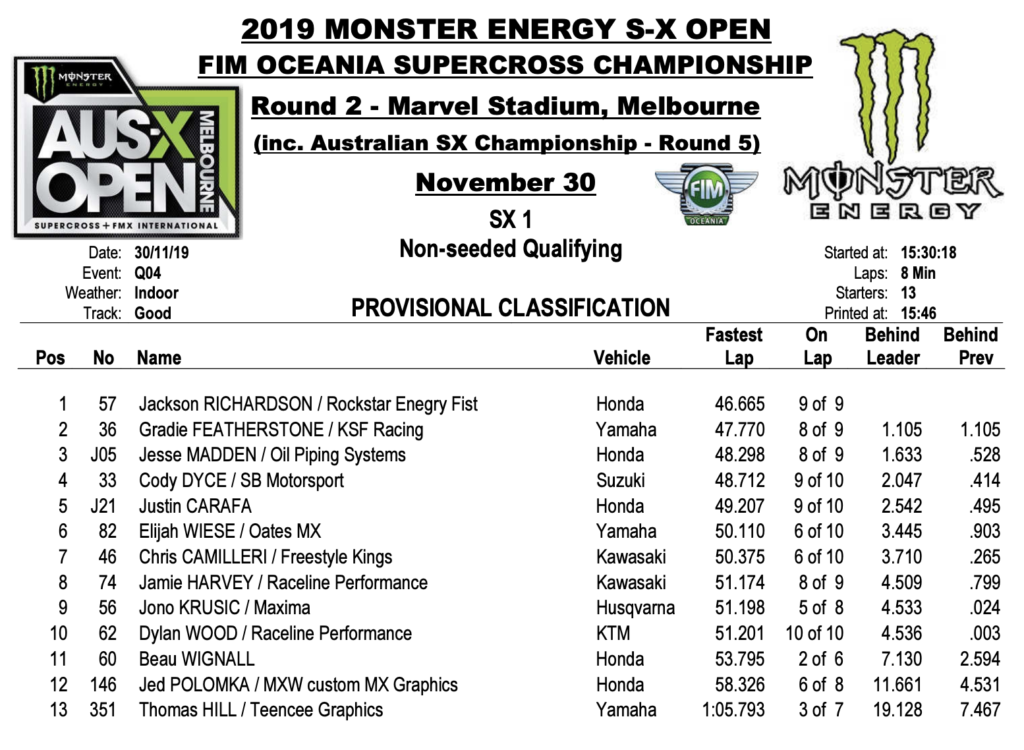