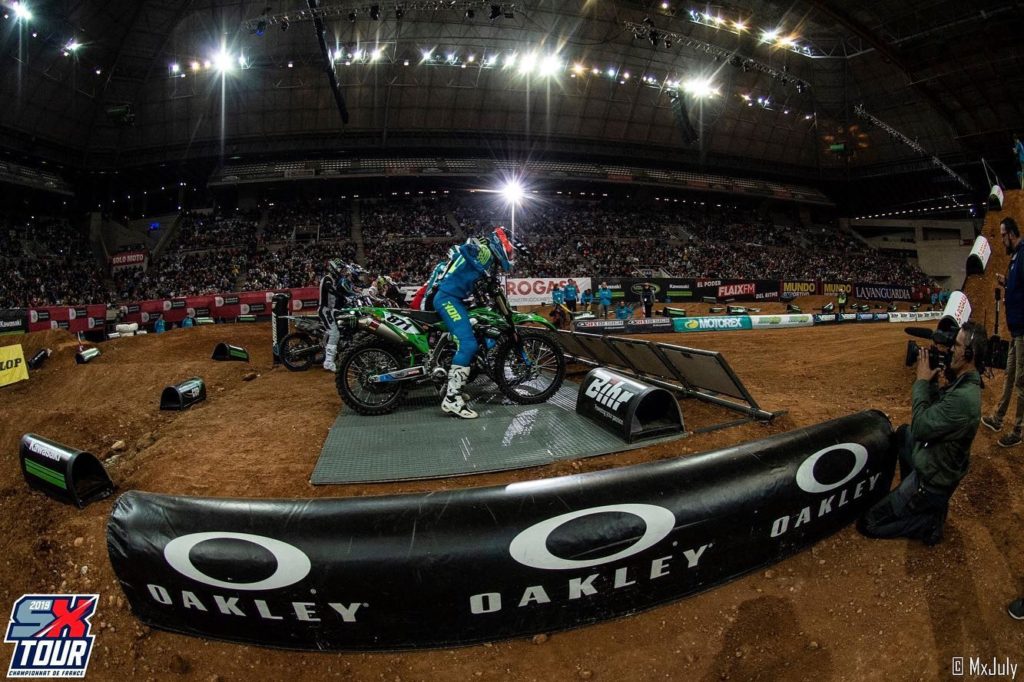 We’re in the final run of offseason Supercross events for 2019 and riders around the world are racing in small stadiums and arenas for regional championships or promised appearance money. The 2019 Barcelona Supercross was the main event of the weekend, as the Spanish race lured American racers Justin Bogle, Tyler Bowers, and Benny Bloss to the starting line to face Cedric Souyberas, Nicolas Aubin, Fabien Izoird, and others of the French SX Tour.

Series championship leader Soubeyras was the top qualifier from the afternoon practice, but Bogle rallied to race wins in the night’s two SX1 Main Events. Aubin was one of the top riders of the weekend, as he was one of the few to keep Bogle at bay through the night and finished second overall, while Soubeyras finished third overall.

Italian racer Angelo Pelligrini finished fourth overall on the night and American Tyler Bowers finished fifth overall, after what appeared to be an issue on the final lap of SX1 Main Event One.

Since Bogle, Bloss, and Bowers were aboard promoter-provided stock bikes with parts carried in their suitcases (suspension, exhaust systems, controls, tires), there were few spare parts available to fix issues. And that’s what happened to Bloss, as a reported bike issue forced the American to withdraw from the night’s Main Events. It’s worth noting Bloss was aboard a KTM at the race, but is linked to the Rock River Yamaha team for 2020.