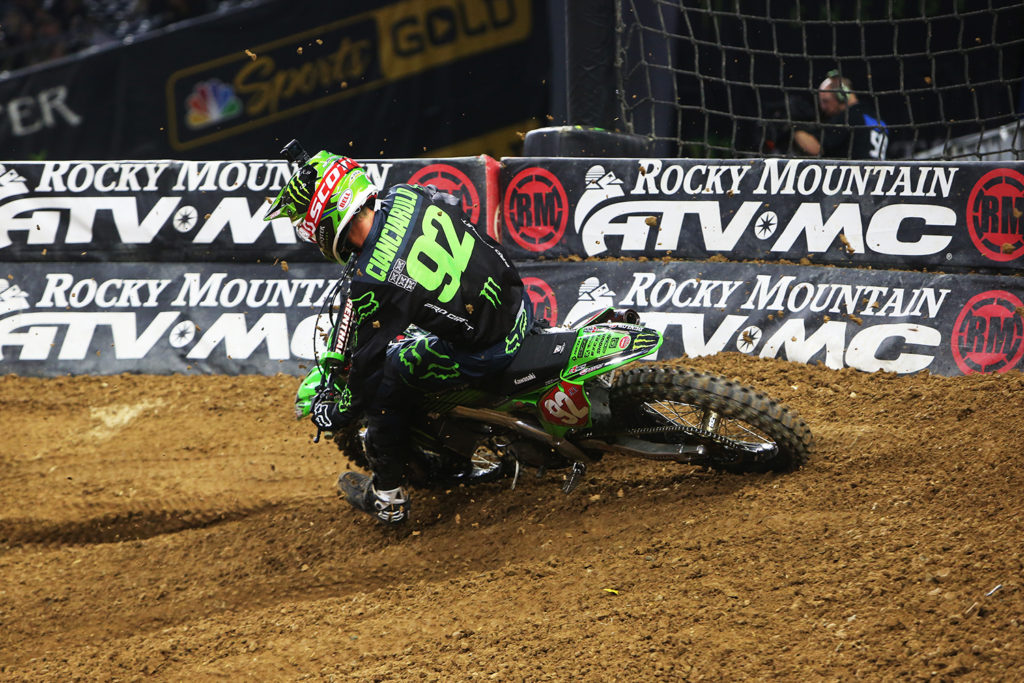 Adam Cianciarulo had an eventful evening at the 2019 Houston Supercross. As one of the three rounds in the 2019 Monster Energy Supercross Series to run the Triple Crown format, the Houston race gave the 250 West Coast region championship leader multiple chances to make a mark on the night’s racing. Moto One went well for the Monster Energy/Pro Circuit/Kawasaki rider thanks to a start-to-finish run at the front of the field, but Moto Two and Moto Three were marked by wild crashes that forced him to work his way back through the pack. Thanks to a GoPro HERO7 camera that was on Cianciarulo’s helmet, we’re able to see exactly what happened in each race. Press play and pay attention, because there’s a lot to see in this footage.