The Grand Finale of the 2019 FIM Motocross World Championship kicked off today at the international off-rad circuit of Shanghai, China for the JUST1 MXGP OF CHINA presented by Hehui Investment Group with the MXGP and MX2 qualifying races. The first ever visit of MXGP in China comes in an important year for the country as it celebrates the 70th anniversary of the People’s Republic of China. 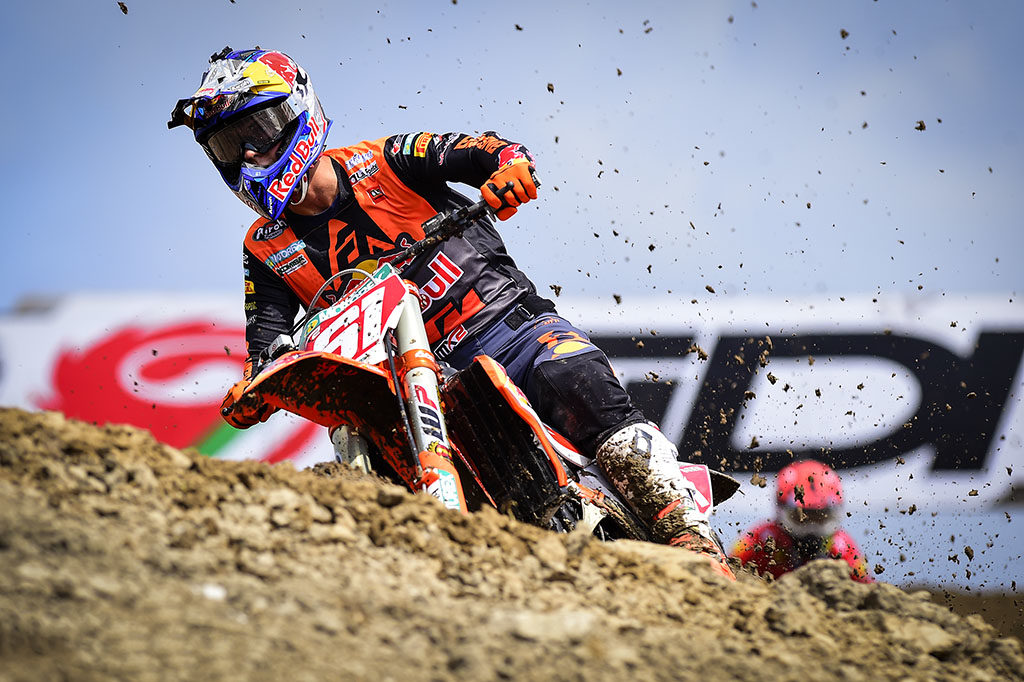 When the gate dropped in the MX2 qualifying race it was Red Bull KTM Factory Racing’s Jorge Prado who led Red Bull KTM Factory Racing’s Tom Vialle, Team SM Action Yamaha team’s Maxime Renaux, Team HRC’s Calvin Vlaanderen, and in fifth place it was 114 Honda’s Mitchell Evans. After a lap Renaux had moved into second place, but Vialle was quickly back into the second spot after repassing his fellow Frenchman. Monster Energy Kemea Yamaha Official MX2’s Jago Geerts had moved into fourth place passing both Vlaanderen and Evans while Vlaanderen was up to seventh.

Prado had extended his lead to two seconds over Vialle, with Renaux third. Vialle wasn’t giving up in second place as he hounded Prado, the two KTM riders moving well away from Geerts who had moved into third when he passed Renaux.

Five laps in and Prado and Vialle remained in close combat, with Geerts third, Vlaanderen fourth and Renaux fifth. On lap six Vlaanderen passed Geerts for third place. Prado began to make a gap between himself and Vialle and Rockstar Energy Husqvarna Factory Racing team’s Thomas Kjer Olsen moved past Harrison for ninth place. Geerts went down hard and lost a bunch of places, eventually getting up in eight position. Prado eventually took his 14th pole position out of 18 from Vialle and Vlaanderen.

Jorge Prado: “Like Glenn said, the inside gate has an advantage. I took the holeshot and I didn’t push too much in the early laps but then I found the better flow. It is good to train with the 450 and next week I will be back on the big bike. I am enjoying riding the big bike.” 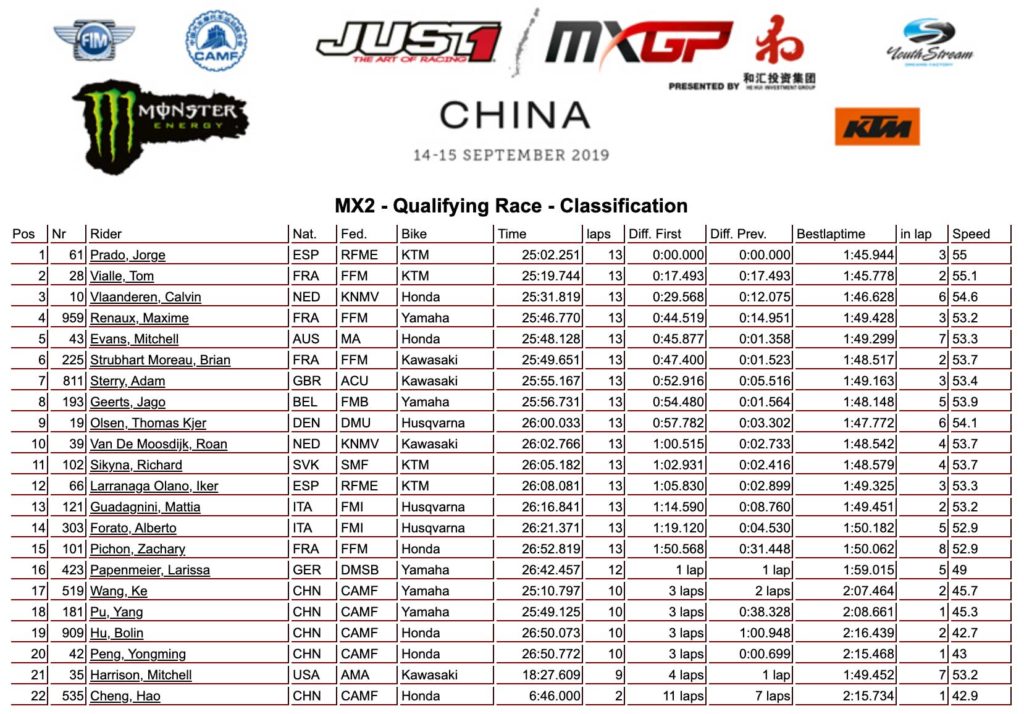 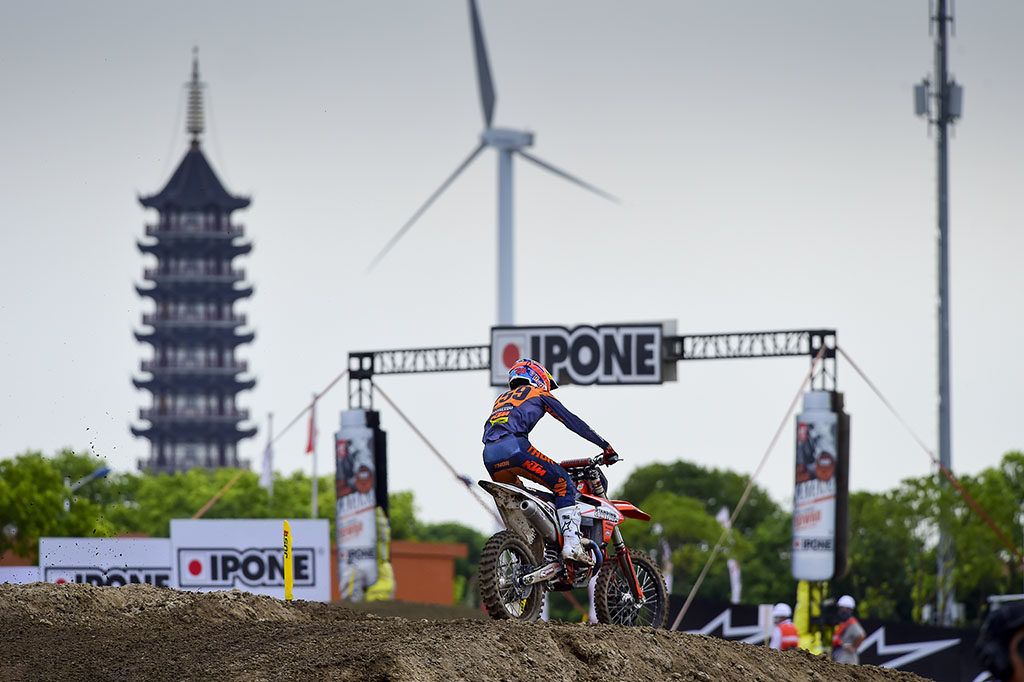 Coldenhoff might have had the lead, but Jasikonis wasn’t letting the Dutchman get away. Monster Energy Wilvo Yamaha Official MXGP’s Arnaud Tonus pulled into the mechanics area, and Gajser moved into 11th place.

After four laps Coldenhoff led from Jasikonis by around two seconds, with Seewer third, Jonass fourth and Monticelli fifth. On lap six Jasikonis was all over Coldenhoff, with Seewer also closing on the two leaders. Herlings continued to trail in sixth position, and Gajser was 13th.

Glenn Coldenhoff: “I had a good start and it was actually similar to last week, when Gajser had the lead, had a crash and then Jasikonis was behind me. I have a good gate pick for tomorrow and the inside is very good for the start. I am 11 points down on Paulin for third in the championship. I was 22 points down last round, so if I do the same as next week I can get to third in the championship. Wherever I finish we are happy, but I would love to have that medal around my neck.” 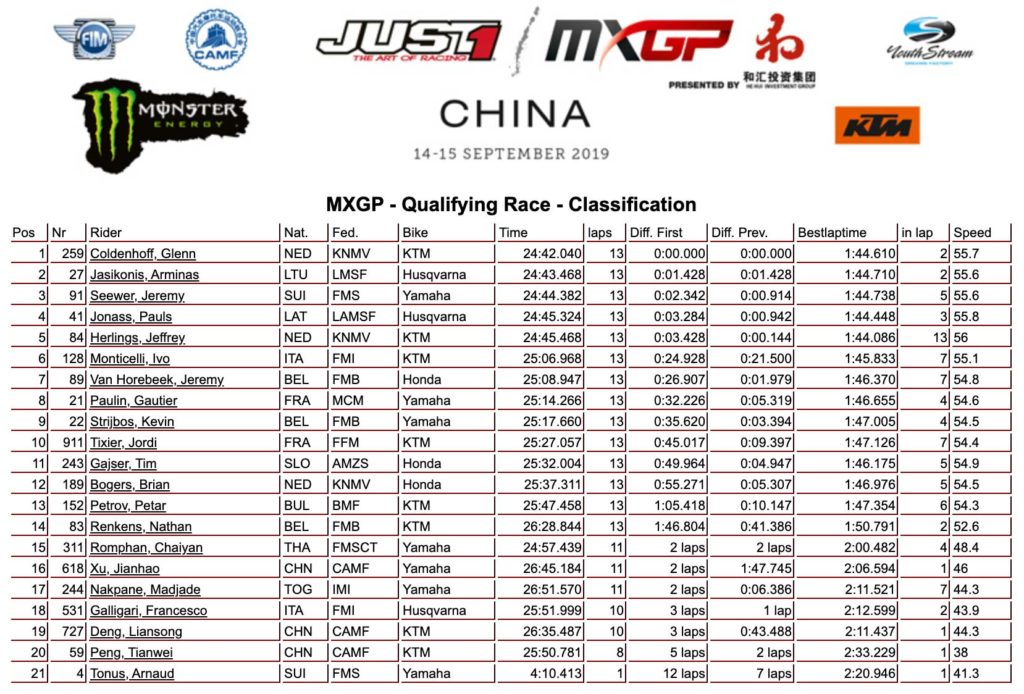