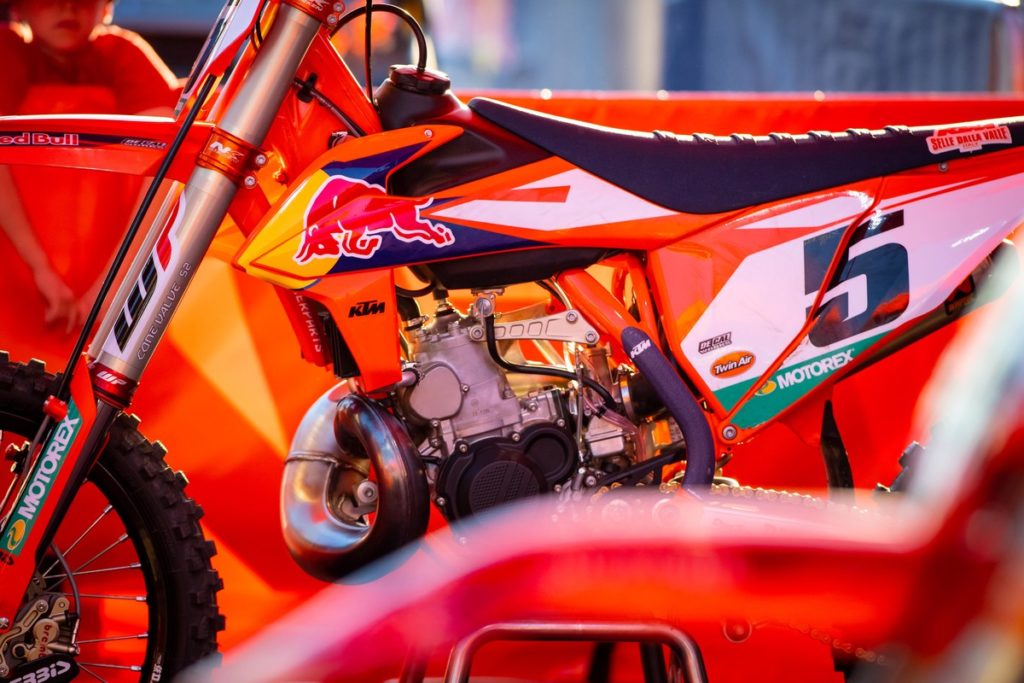 The 2019 Red Bull Straight Rhythm is days away and the complete entry list for all three classes has been released. The wildly popular two-stroke-only format has added an even more interesting element to the half-mile, completely straight Supercross track, because it puts current day stars on equipment that is considered “obsolete” at the highest levels of competition. It’s hard to say what keeps the competition at the Red Bull Straight Rhythm so close. Is it the lack of turns? That riders are trying not to loop out when the powerband kicks in? Or just the fact that it’s just a head-to-head duel with no chance of block passes or close calls? Whatever it is, we love it and cannot wait to stick our faces behind a silencer as premix smoke fills the air on Saturday morning.

This is the sixth running of the Red Bull Straight Rhythm and the entry list is one of the best yet. A list of current front-runners will face off against retired stars of the sport, many of which are going to be aboard bikes that pay tribute to the 1990s and early 2000s. Cooper Webb and Ryan Villopoto have both built replica bikes from different chapters of Jeremy McGrath’s career, while Ken Roczen has an actual CR250R that MC raced during his part-time return to action. Cole Seely, Adam Enticknap, and Alex Ray all built bikes that they picked up from the classified ads, while guys like Jason Anderson, Brandon Hartranft, Pierce Brown, and Ryan Sipes get equipment built with factory input from KTM and Husqvarna. Tyler Bowers and Travis Pastrana have decided that bigger is better and will have a special 500cc showdown.

There are two riders missing from the initial announcement, as Marvin Musquin and Brian Moreau have both bowed out of the event. Musquin has claimed wins at the RBSR many times and was excited to see if he could extend his record on a two-stroke, but a knee injury from the final National of the summer has him on the sidelines. Moreau, meanwhile, is linked to the Troy Lee Designs/Red Bull/KTM team for 2020 and if that’s the case, his move from France to the US will give him a lot to focus on before the new year.

Have a look at the complete entry list for all three classes and add some personal intrigue to the race by filling out the 250 class bracket challenge on Red Bull’s website. Let us know your picks!

2019 Red Bull Straight Rhythm | How Was Your Weekend