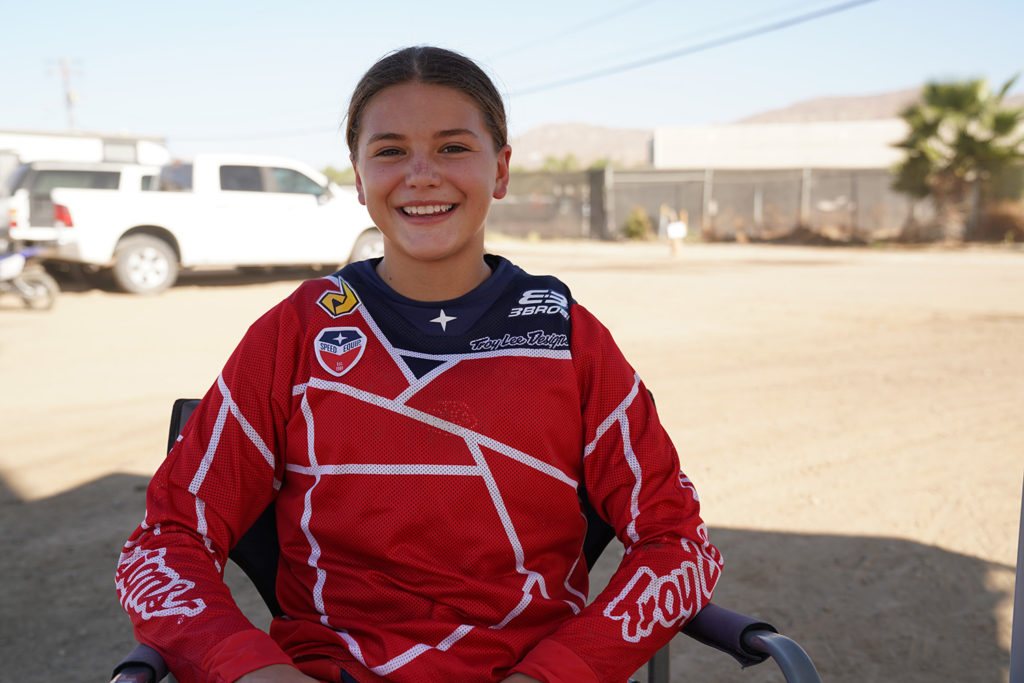 We first met Mikayla Nielsen a couple years ago at the World Mini, and she established herself as one of the fastest racers of the weekend at this year’s Seven MX Mini Major at State Fair MX. “Kay Kay” dominated the women’s class and finished on the podium in most of her Supermini motos against the guys, too. We caught up with her on the final day of racing to see what’s new.

Is this is your second or third Mini Major?

I don’t know, I’ve been coming here for a long time. So, it’s maybe my fifth year? I think?

Yeah, was a fun event when it was at Milestone, but that’s closing down. I started racing here at Starwest  when I was racing when I was seven years old, so it’s pretty cool to come back and race the Mini Major here at State Fair. 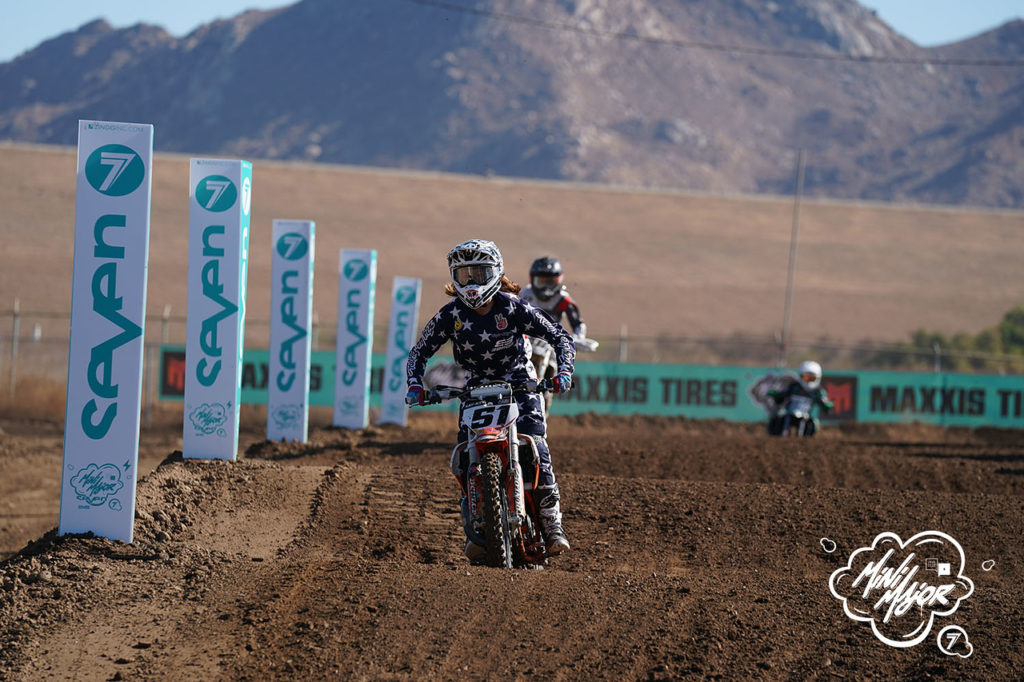 We’ve enjoyed watching you through the years and man, now you’re just killing it out there in the Supermini classes and going against the guys.

Yeah, I was running like fourth in this last moto and then I think my clutch basket blew up. I have to race again in moto six, so my dad is going to drive home, go get my other bike, and come back. It’s over at Pro Circuit right now, they’re working on it and trying to get it fixed.

Why motocross racing for you?

When I was growing up I was a desert racer. I started desert racing and then one of my buddies was like, “Maybe you should try motocross.” We started here at State Fair (formerly Starwest…Editor.) and just kind of got into it. In 2016 I started at the Mini-Os in Florida and started doing Nationals there. It developed from there. 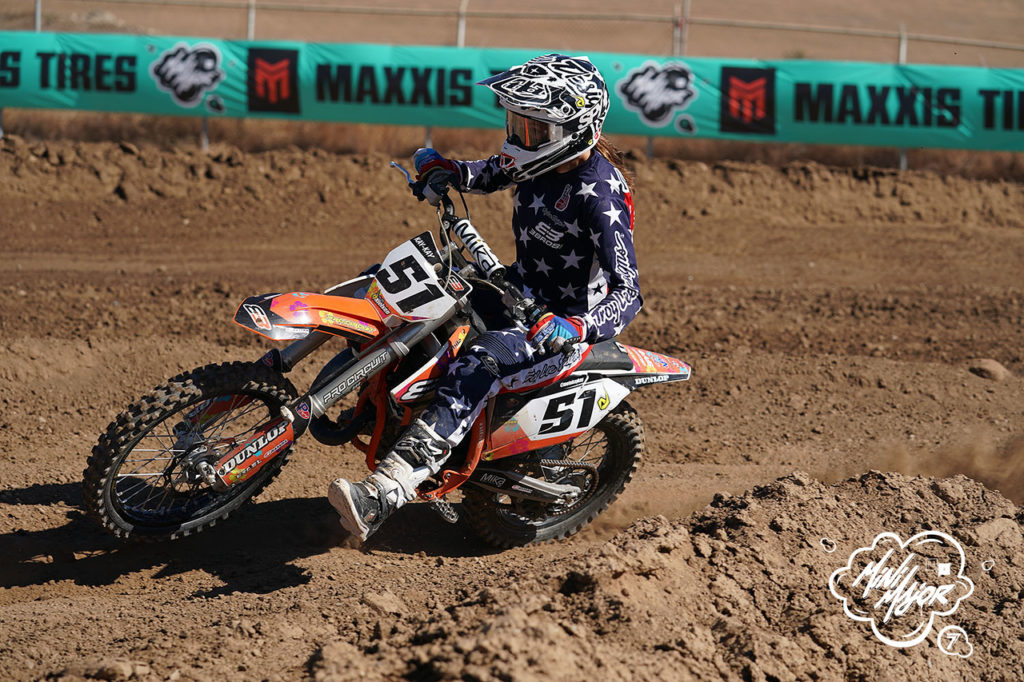 Your skill and speed have certainly picked up, so we would assume you would have to have a riding coach or something?

No, my mom takes me whenever she can during the week. I just put in laps and race that weekend.

Yeah, sometimes my dad will teach me or I will ride with friends and kind of go off of them. My old trainers would give me little pointers, but I don’t really have a trainer now.

What types of obstacles on the track do you favor?

I definitely like the big ruts, that’s one of my favorites. It’s pretty cool jumping all the jumps. I like the rollers, they’re pretty fun. 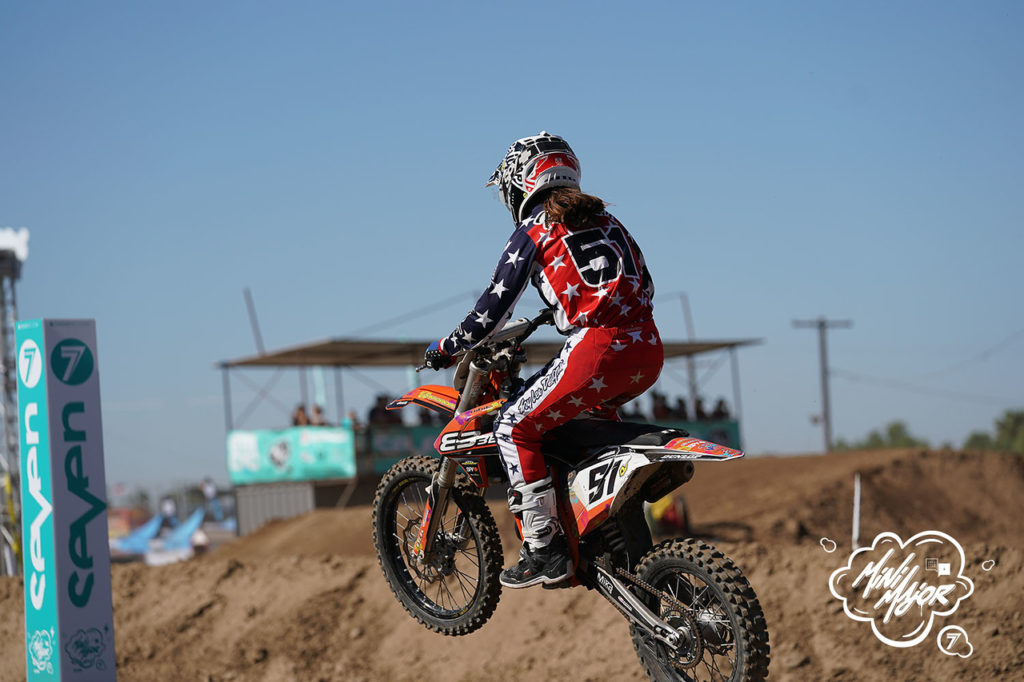 The biggest era of WMX racing was around Ashley Fiolek’s time when there were some girls with factory rides. As a female racer, do you aspire to a certain level within the sport? Or do you just want to race against the guys and make your mark that way?

Do you think the riders treat you differently on the track, like do they try extra hard when you pass them?

They definitely try…a few times I’ve almost gotten taken out. But off the track, they are so much fun though. I can play around with them and just have fun with them. 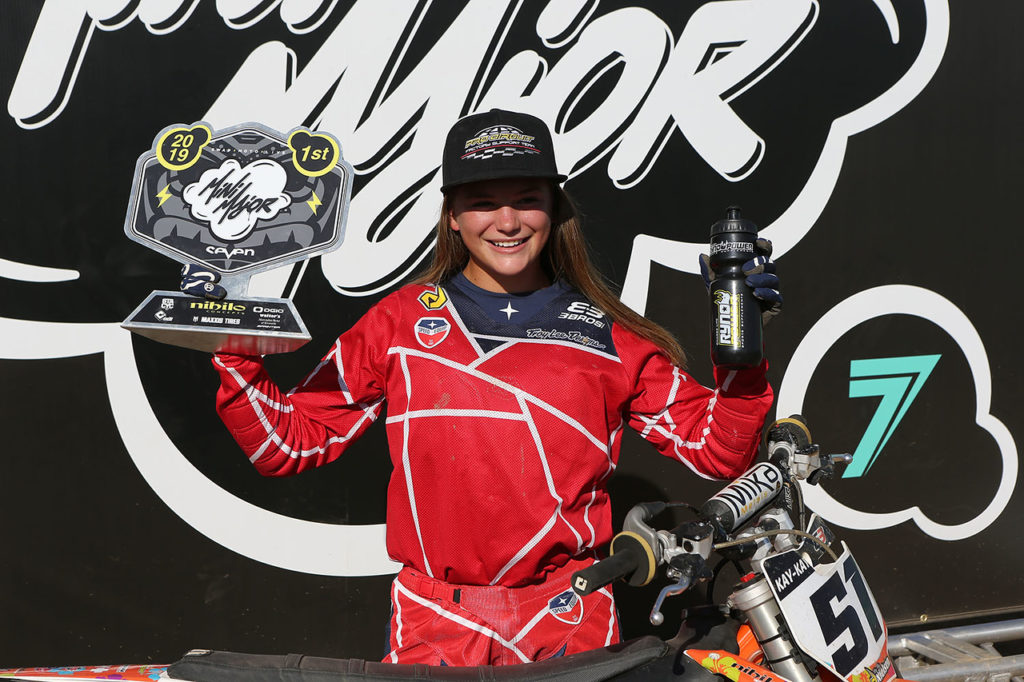 People might think that for a cute fourteen-year-old girl, dirtbikes are kind of an odd thing to choose, do you do any other activities?

I do club water polo and I just finished my volleyball season in high school because I’m a freshman. I think I’m gonna do track too. Working out to work out is not one of my favorite things to do, but it’s fun doing all those other sports to work all those different muscles for racing.

All these other sports probably have you in super good shape for motocross racing, right? Ten laps on a dirtbike are nothing for you.

Yeah, I also do desert racing which is like 55 minutes around there, so that kind of puts up my endurance and strength.