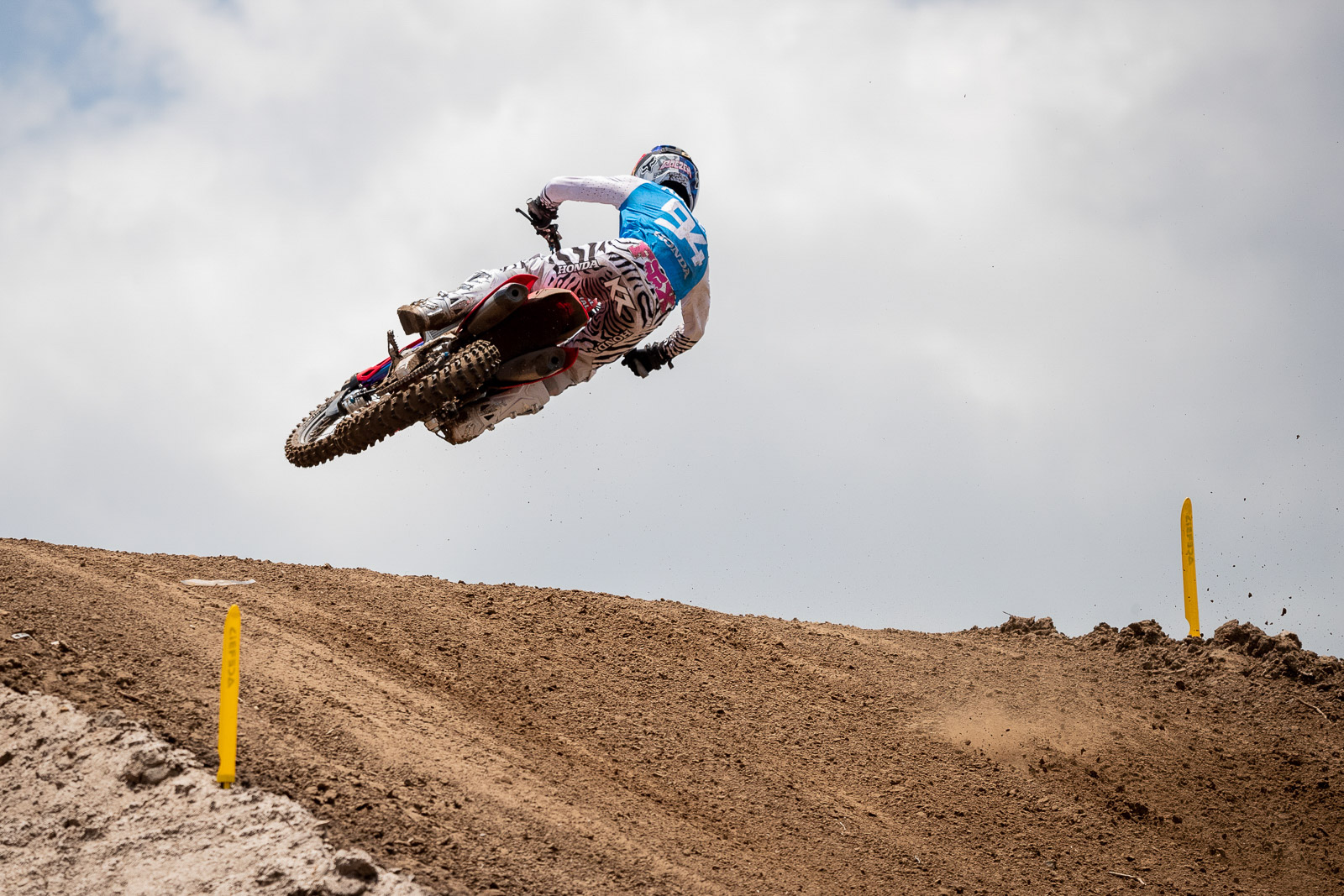 Some rounds of the Lucas Oil Pro Motocross Championship hold more significance than others. No, there’s no difference in points or purse payout over the twelve stops, but a certain level of prestige comes along with a win at iconic tracks like Southwick, RedBud, Spring Creek, Washougal, and Unadilla. All of the greats have had their share of success and struggles at the aforementioned venues, and to win at any of those puts a rider in rare air. That’ll be the case this weekend when the series pulls into suburban Massachusetts for the sixth race of the summer, the 2019 Southwick Motocross.

Hidden behind trees, between an American Legion and a school, on the outskirts of town, is a circuit that has changed championship chases for the better and worse. Grant Langston separated his shoulder there in 2001 and considered sitting out the race, then popped a few pain killers and lined up. Ryan Dungey nearly missed a moto due to a mechanical issue that his team managed to sort out with seconds to spare, just before bands of rain from a torrential hurricane hit in 2011. Dungey had to make a mid-moto pit stop after fuel spilled out of his tank in a crash in 2012. Riders overheated the early iterations of the four-stroke engines to the point teams had to have water sprayers on hand. Ricky Carmichael was practically perfect at the venue from 2000 to 2007. Henry, Hannah, Howertown, McGrath, Metcalfe, Tomac, Stewart, Ward, Emig, Goerke, Lusk, Stanton, Johnson, Hansen, Kiedrowski, LaRocco, Smith, and Karsmakers have all won the premier class there. The 125-250 class list is just as diverse. Trust us, you’ll be hard-pressed to find a single track with a more impressive and varied list of winners than the Wick.

Then there’s the usual chaos of qualifying. There’s always one B Group (this year it’ll be the 250 class) that is fortunate enough to do their first qualifying practice session when the track is smooth as glass and their lap times are significantly faster than the A Group that follows. It’s even common for a factory-backed star to race their way into the day’s motos via the LCQ, something that never happens at other tracks. Northeast natives go wild when some of their local boys beat some of the best in the world and it’s a topic of bench racing talk for the rest of the year.

Those that are willing to work always fare best at Southwick. The sandy surface constantly changes, not just moto to moto but lap to lap, and riders have to constantly search for the best line around the 1.34-mile circuit.

This’ll be the second week in a row of warm weather at a sand track. Thankfully, the forecast is much more mellow compared to what we saw in Florida, but it’ll still be hot with hopes of a breeze flowing between the trees on Saturday. Will riders have properly re-hydrated and recovered in the short period of time? That’ll be something on everyone’s mind, from racer to team member to spectator, when the gates drop for the final motos. 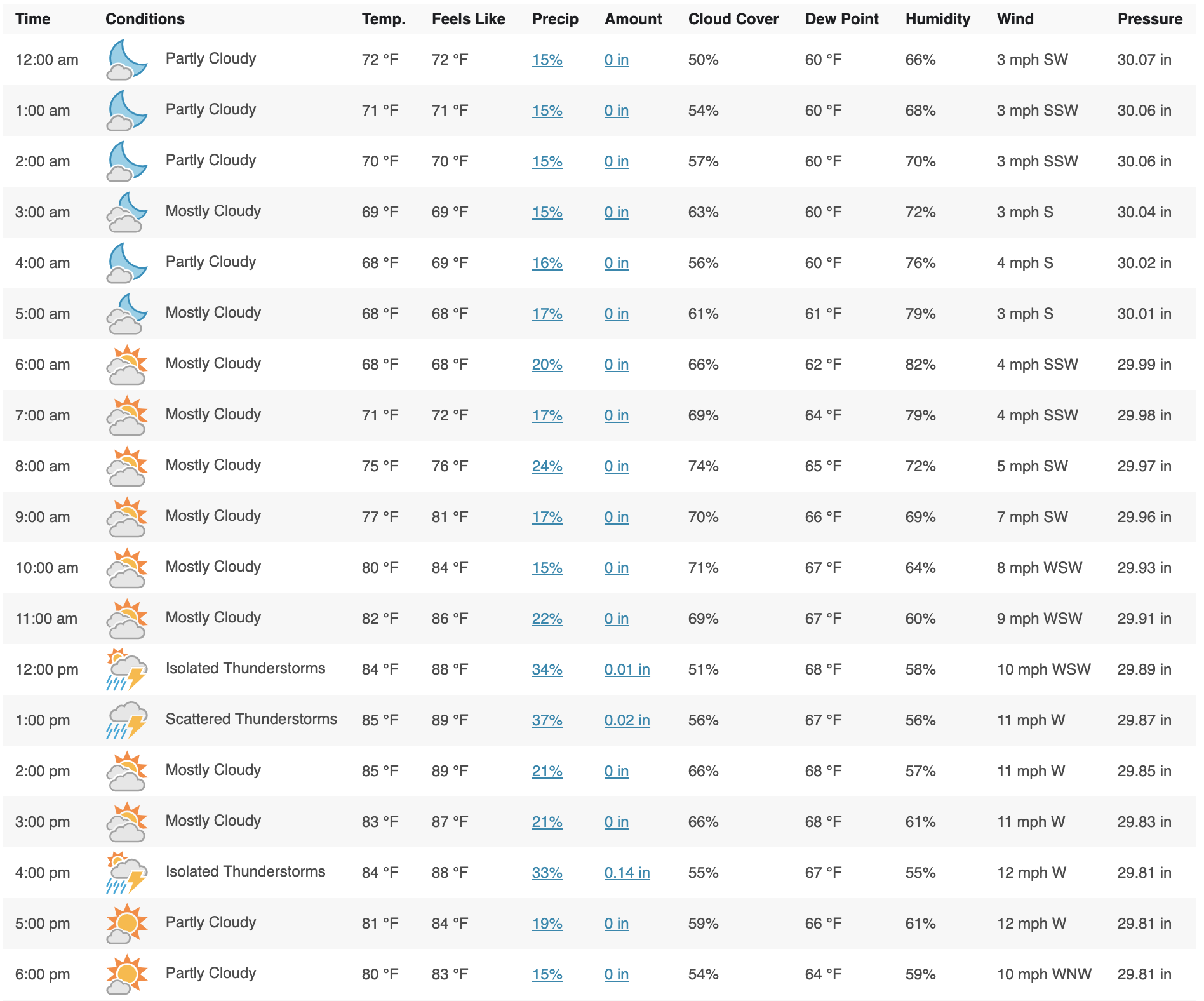 After five rounds of racing, we now know which riders will be in the mix from week to week. Adam Cianciarulo, Justin Cooper, Dylan Ferrandis, Hunter Lawrence, and Chase Sexton all have moto wins to their credit, but only the first three mentioned still have a true shot at the title (Lawrence was put in a hole due to struggles at the start of the year, Sexton lost significant points when he was forced to abandon the second moto in Florida due to heat-related issues). Things are a little different in the 450 class, where Eli Tomac, Ken Roczen, Marvin Musquin, Zach Osborne, and Jason Anderson are separated by 33-points and all are yet to experience a DNF, DNS, or a terribly bad day. Here’s what we’ll be watching for from each rider at Southwick…

The Florida round was a breakthrough for the French riders. Mixed results at the first four rounds put both riders at risk of falling out of championship consideration, so there was a sense of urgency in their riding. Ferrandis forced his way to the front of the field in both motos for 4-1 scores and second overall; his win in 250 Moto Two was his first of the summer. Musquin, meanwhile, went all-out in 450 Moto One and nabbed his first moto win of the summer, followed it up with a conservative third-place result in 450 Moto Two, and claimed his first overall win of the summer. They were fazed by the heat at the end of the day, but never made much of a fuss about how challenging it was.

Was Florida an indication of what’s to come from Musquin and Ferrandis as we approach the middle of the season? We have to assume so since the duo won their classes at Southwick in 2018 and have a history stringing together solid results at crucial times in a race season.

Florida didn’t go the way either anticipated, something they’ve openly admitted. Tomac was marred by a bad start in 450 Moto One and put in a long charge to finish the race in seventh, then bounced back for a big win in 450 Moto Two that allowed him to salvage second overall on the day. Cianciarulo was expected to continue his run of moto and overall wins at his home race but never was able to match the pace of Sexton/Cooper/Ferrandis through either moto, something he later pinned to a lack of comfort and flow on the sand track. His 5-3 scores were enough for third overall. All that said, the day wasn’t terrible because both remained at the top of the points in their class.

Tomac has won Southwick a handful of times in the past and his aggressive riding style works well on the ever-changing sand track, so he will be in the mix barring a big crash or mechanical problem. It’s likely that Cianciarulo spent some time this week working on himself and the bike for a second sand race, and it’s on him to break the notion that he’s not as good on the terrain. Cianciarulo can afford to have another “off day,” because he still has an 18-point advantage on Cooper, but a podium finish is about as much damage control as he can allow.

There was a sense of uncertainty surrounding these two in Florida, but they seemed to break the tension with good rides. Roczen put himself up front early in 450 Moto One with battles against Webb and Musquin, and his second-place finish seemed to dismiss any uncertainty about his health in the heat. Roczen had a crash in 450 Moto Two that shook him up and broke his momentum, but he recovered to finish the moto in 10th place and was sixth overall on the day. Cooper held his own against a list of riders in both races, strung together 2-2 moto finishes, and used that against the inconsistency of others to take his career-first overall win. Those results should be enough to end the discussion that neither has what it takes to get the job done, especially after Roczen’s energy issues and Cooper’s rough showing at High Point.

With all that said, it’ll be interesting to see if they can ride the momentum into Massachusetts. Cooper says that he grew up riding in sand and feels great at Southwick, while Roczen spends most of his time training at a place called the Moto SandBox. Both need to be on the podium, at the very least, but could very well be in the mix for moto wins at any point on Saturday.

By now, you should expect one of the three to be in the mix for a podium finish. Each of them came into the year without a real idea of where they’d rank, which was probably beneficial. Mosiman has shown he’s coming into his own over the last few weeks and he barely seemed out of breath after 250 Moto One in Florida. Anderson has proven to everyone that he has what it takes to mix it up with past champions in the series and is on the verge of winning a race before too long. Osborne has been a welcome addition to the 450 class and has stunned some competitors with late-race pushes.

All three spend their time between races at Aldon Baker’s central Florida facility, which features a wide variety of soil spread over the top of dark, soft base. The trio shouldn’t have too hard of a time at Southwick, since it’s somewhat similar to what the ride day to day and the layout seems to favor their high-speed, flowy riding styles.

Fredrik Noren has long been known as one of the top outdoor riders in the US and he reminded everyone of his skill last week in Florida. His 9-8 finishes in the motos are impressive in their own right, but when you hear that Noren did all of the bike work between gate drops, while his competition rested and recovered, it becomes downright heroic. It was enough to get the attention of the JGRMX/Yoshimura/Suzuki Factory Racing team and Noren will spend the rest of the summer aboard the team’s RM-Z450.

Chase Sexton and Cameron McAdoo both had to sit out the second motos in Florida due to heat exhaustion, something that takes more than just a day or two to get over. Did the two riders take it easy this week, get enough fluids, and not do lasting damage to their fitness? That’ll be something to keep an eye on during 250 Moto One.

Aaron Plessinger will make his return to competition at Southwick. A badly broken heel and complications with the surgery incision has kept the 450 rookie on the sidelines since March, but he’s been on the bike for a few weeks and has taken up a residence at Justin Barcia’s practice track in the south.

TIME SHOWN IS PACIFIC STANDARD TIME. Adjust the time to your location (Southwick is three hours ahead) 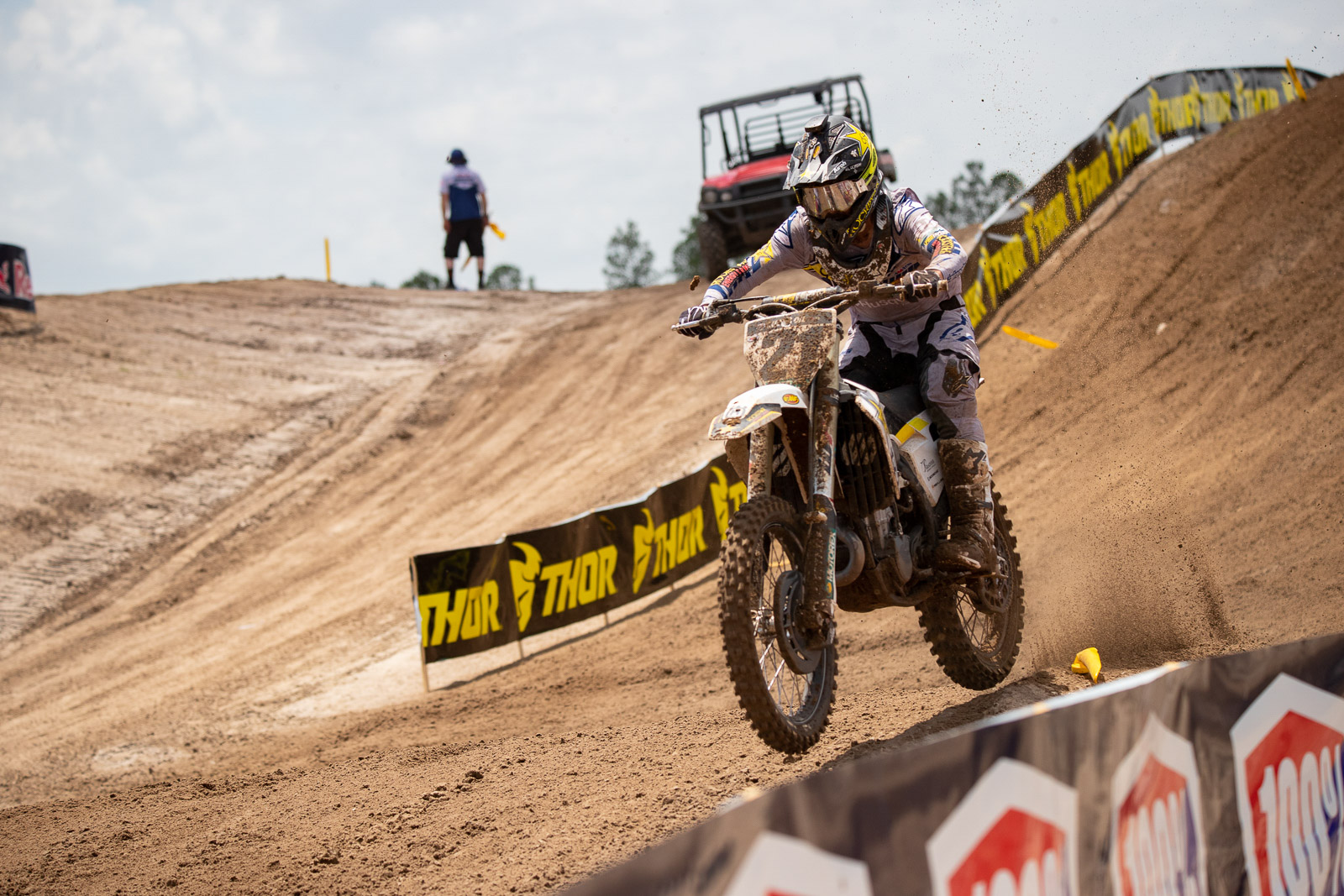 14. Cole Seely | Team Honda HRC rider is sidelined for the remainder of the summer due to a torn labrum and broken shoulder socket, injuries that required surgery and a three-month recovery.
15. Dean Wilson | A shoulder injury from a crash at the Nashville Supercross will keep the Rockstar Energy Husqvarna Factory Racing rider sidelined through the opening part of the summer. He will line up at RedBud
46. Justin Hill | JGRMX/Yoshimura/Suzuki Factory Racing rider is out for the rest of the summer after suffering a recent shoulder injury and necessary surgery.
54. Dylan Merriam | A hard crash at the 2019 Thunder Valley Motocross left the California privateer with a broken collarbone, fractured T1 vertebrae, fractured rib, bruised lung and pulled groin.