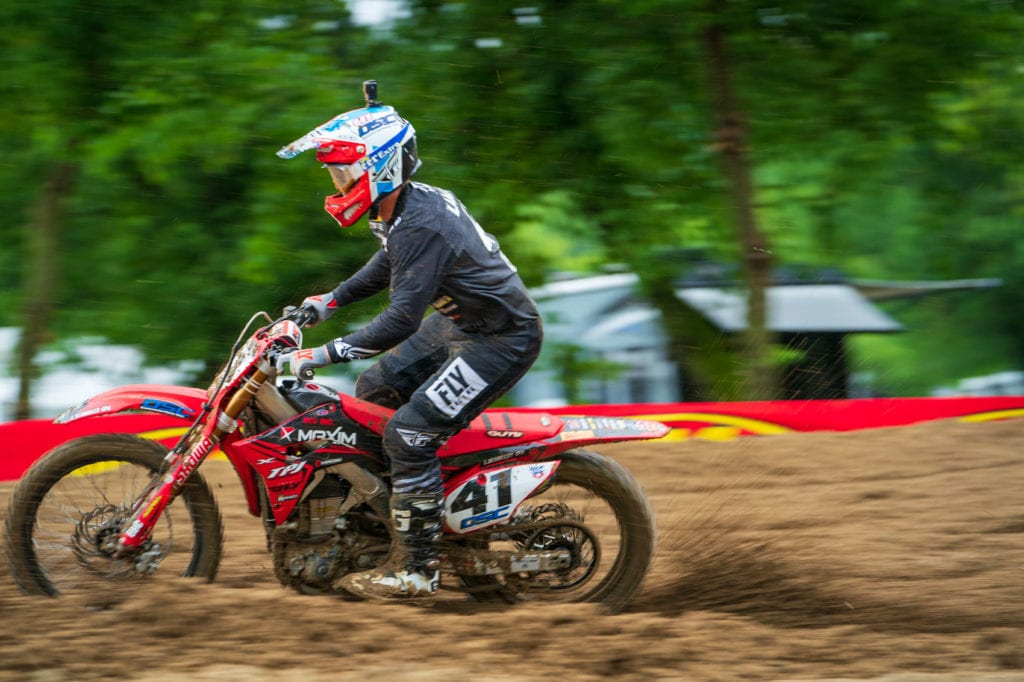 Ready to watch the onboard footage from the 2019 Spring Creek Motocross? Even with the wet and muddy conditions, GoPro was able to keep the lens of the HERO7 cameras somewhat clean during the laps logged by Adam Cianciarulo, Ben LaMay, and Mitchell Falk. Now it’s not the most action-packed footage ever seen from the POV perspective, but there’s still plenty to see in the way that riders negotiated around the muck during the eighth round of the 2019 Lucas Oil Pro Motocross Championship.

The footage from Falk is the longest video of the three and it shows just how heavy the track was during the qualifying session for the 250 A Group. Riders told us that the sandy surface at Spring Creek was deceiving because below the sloppy top layer with a slick, solid base that was akin to hardpack. If a rider hammered the throttle or grabbed the brakes too hard, the bike would dive or slide away. Keeping the front wheel up is key in the mud and Falk did a good job to keep the bike light and unloaded in the faster sections of the track. The turn between the two roller sets was particularly heavy and you can hear that Falk buried the Troy Lee Designs/Red Bull/KTM bike in the rut on the first lap, then went for a different line the second time around.

It’s always interesting to watch pro racers send it off jumps in wet conditions and Falk conquered the three biggest leaps at Spring Creek with relative ease. We were surprised to see and hear how mellow his approach was to clear the Chadapault, and also how soft it seemed to case the following uphill obstacle.

One thing you might notice is how the track crew directed the 250 class towards the “amateur track shortcut” up Mount Martin, as they turned left just before the face of the tricky uphill triple. This was a smart call because the small-bore bikes would have struggled to get up and over the jump in those conditions.

Falk seemed to stay loose on the bike and allowed it to go where it needed to on the track, and he quickly reeled in what could have been a big crash late in lap two.

Although LaMay’s laps occurred just moments after Falk’s, it’s obvious how much the track changed in a short period of time thanks to laps from riders and dozer work. Some spots seemed to shape up well, especially around the start, but deep ruts were cut in the tighter turns and up the jump faces. Like Falk, LaMay took the very inside in the turn between the rollers and had to hammer the throttle of his CRF450R to get out of the mess and build momentum. Riders clearly favored the same lines in certain sections of the track, especially up the jumps, and almost everyone followed the slot-car ruts in hopes of hitting the firm base layer below. You’ll notice that the track crew allowed the 450 class to go halfway up Mount Martin and over the middle triple, but it took a lot of effort from the bigger bikes.

The 450 A Group did not get the chance to run the full 20-minutes of their single qualifying session due to another heavy storm and lightning that hit the area in the middle of the practice. LaMay was only able to put in three full laps before the red flag came out.

Starts are always critical, but even more so in the mud. Cianciarulo was near the front of the field at the approach to the first turn and was still splashed by riders ahead of him, so once can only imagine how rough the early moment of the moto was for guys further back. We’ve pointed out time and time again how Cianciarulo prefers to rail outside lines and he did just that through the opening lanes of the track; it worked out in his favor this time, because he stayed out of the roost thrown by Justin Cooper, carried much-needed momentum, made the pass, and then shut down the inside line in the turn between the rollers. AC did what he had to do on the opening lap, which meant hitting all of the jumps no matter how reckless it might have looked, but it paid off as the Monster Energy/Pro Circuit/Kawasaki rider went wire to wire for the Moto win and day’s overall.

Previous Article
JE Pistons Back on Top at Spring Creek
Next Article
Return To The Tiddler | Chapter Two: Spring Creek 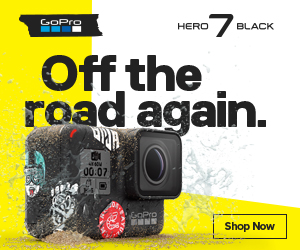 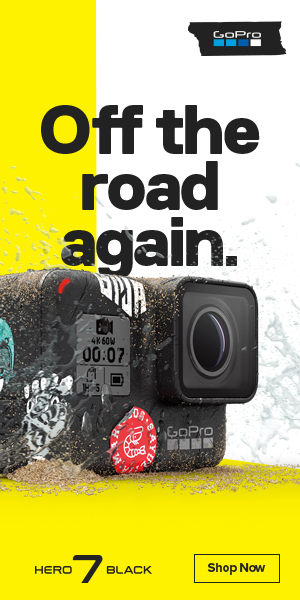 2019 Spring Creek Motocross | How Was Your Weekend