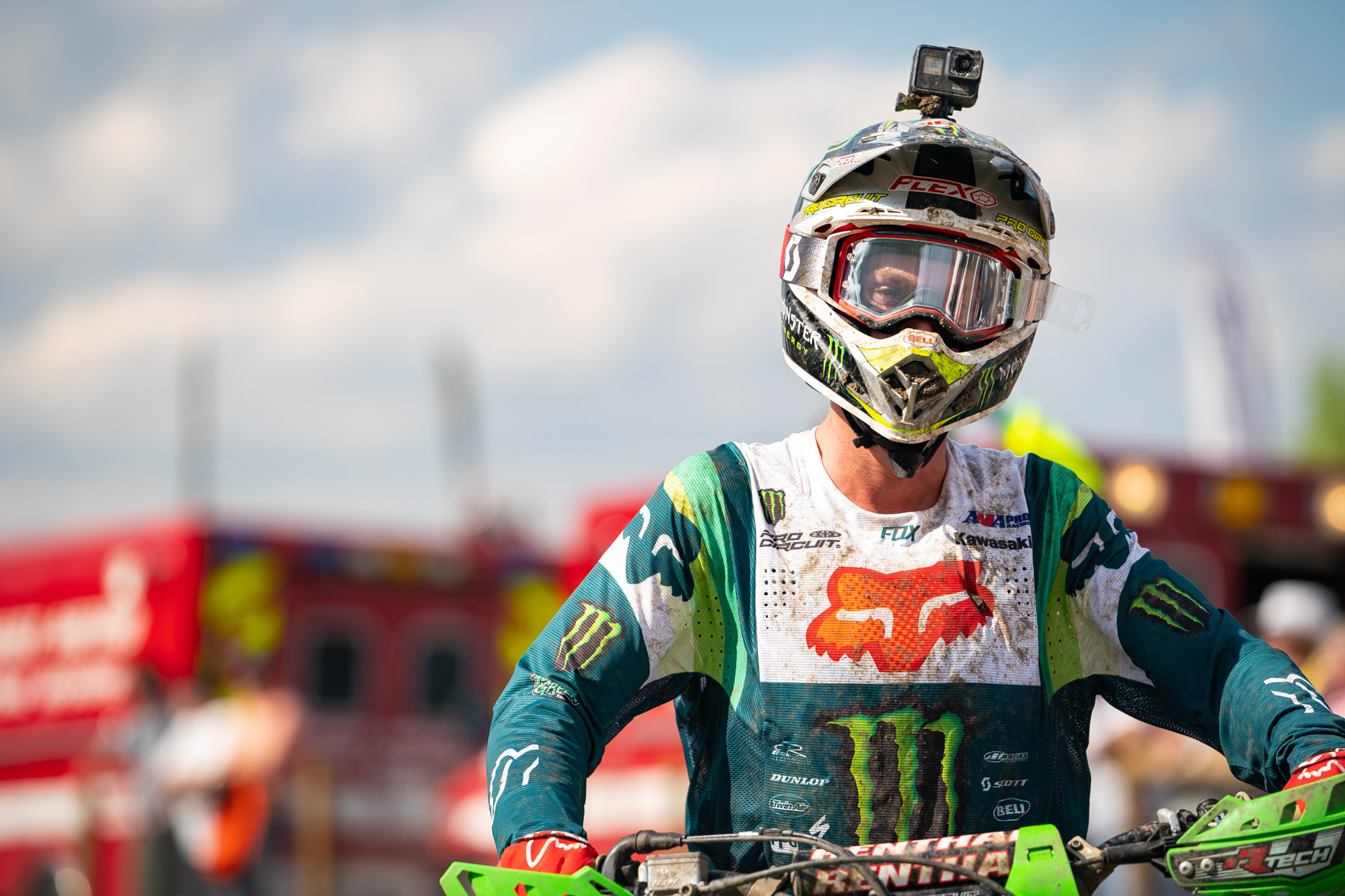 Another round of the 2019 Lucas Oil Pro Motocross Championship, another batch of GoPro onboard videos to watch and analyze. The 2019 Thunder Valley Motocross, stop three of the summer series, definitely delivered with exciting motos and things to talk about for the 250 class, something that every race fan and pit pundit has given their input on over the last few days. We all can say what we think when watching from the sidelines, but once things are seen from a racer’s perspective, all of that changes. Thanks to Adam Cianciarulo’s long-running relationship with GoPro, we’re able to see exactly what happened in 250 Moto Two that caused such a controversy, plus Shane McElrath and Jordon Smith’s laps on the track. Here’s what we picked up on from the footage…

The uphill start at Thunder Valley is one of the more unique elements to the track and the long climb to the first turn is a true indicator of a bike’s power. Luckily for McElrath, horsepower isn’t a problem for the Troy Lee Designs/Red Bull/KTM 250 SX-F and he was near the front as the pack reached the top of the crest. The only thing that hurt McElrath here was a gate pick that was a little further from the inside line than his competitors and a few riders beat him to the holeshot stripe. The opening lap was complete with the usual chaos and McElrath narrowly avoids a run-in with Martin Davalos as the two go up the sandy middle section of the track, then settles into a groove. Last week we speculated that McElrath favored outside lines or smooth sections of the track due to his still-sore back, and he confirmed that to us in Colorado and added that it’s also due to ongoing setup issues with the suspension of the orange bike, a problem they are starting to get a handle on. He found some similar lines at Thunder Valley, and while they saved him in some instances, it allowed Dylan Ferrandis and Michael Mosiman to motor by. The final moments of the video are a good indicator of how the rain and dark skies impaired vision; if the GoPro lens was this blurry with rain, then the goggles had to be the same way.

Jordon Smith’s footage from the afternoon race could be mistaken for a completely different day than McElrath’s. By the time 250 Moto Two loaded into the gate, the storm front from earlier in the day had blown through and clear skies made visibility nearly perfect. An excellent start put Smith in the mix at the very first turn and the Troy Lee Designs/Red Bull/KTM rider had very good line choices that allowed him to set-up passes on other riders, then block off their retaliatory attempts. One thing we feel needs to be addressed by riders and teams was the official’s decision to put a massive yellow track marker on the face of one big tabletop, the same kind that Jessy Nelson hit during his career-ending crash. We, and many others in the pits, are not fans of the nearly immovable objects and we have to think Smith’s heart rate went up a few beats when he got a little squirrely on the approach to the jump and had that just inches away.

Okay, back to the action. With some extra time in the schedule at Thunder Valley, the track crew managed to smooth some of the rougher, rutted sections between races and it greatly improved the race. Smith had front-runners Justin Cooper and Adam Cianciarulo in sight through the opening laps of the race, which is a huge positive point for a rider that had a very rough go at Fox Raceway. Running third to two title contenders proves that yeah, Smith has the pace to be a leader, even with tendonitis in his thumb that causes his hands to go numb in the middle of the race. Should he be able to get the injury sorted out, Smith should be a usual face on the podium.

Finally, the race everyone wants to go over. We had some concerns that Adam Cianciarulo was going to be out-powered by Monster Energy/Star Racing/Yamaha YZ250F bikes at Colorado, but the championship leader held his own up the hill and through the first lap. Clearly, Mitch Payton and the rest of the Monster Energy/Pro Circuit/Kawasaki crew know how to get some horsepower from the Kawasaki KX250. Cianciarulo’s riding style and technique have never been questioned, and the Thunder Valley videos are a very good display of that, especially as he kept the bike light and out of the rough chop of the track conditions. Compared to the competition, Cianciarulo didn’t seem to rev the bike as much and he plotted his path around the track with smooth lines.

Now, on to the incident. At the three-minute mark of the video, Cianciarulo went for a smooth line at the very edge of a jump and gets kicked to the right more than he intended, but he managed to save it and stay on path. The same couldn’t be said a few moments later, when Cianciarulo hit the same mark and landed on the trackside banners, then went through the infield between the two lanes. Things get interesting when Cianciarulo gets ready to rejoin the track, and you can see him look for a place to pull on without being in danger, but we have to think his wheelie over the banners just as Justin Cooper went by is what led to so much frustration from the Yamaha rider and his team. Had AC re-entered after Cooper rode past, there would have been no possible argument that Cianciarulo had gained any ground. But that’s not what happened…

Anyway, once Cianciarulo is back on the track, he rolled down the hill and allowed Cooper to put a similar gap between them. Within a few moments, Cianciarulo reeled in Cooper and was closer to the Star Racing rider than he had been at any point in the race, then Cooper hit a rut and was bounced off of his bike. Notice that Cianciarulo never looked back or acknowledged Cooper’s issue.

One last thing that applies to all videos: notice how brutal the roost is at Thunder Valley. The dark dirt stays firm and flies off rear wheels with enough force to blow out the glass lens covers on all three cameras (see the top image for evidence). We really, really would hate to be on the receiving end of that.