Husqvarna delivered the new 2020.5 Husqvarna Rockstar Edition FC 450 to the media today at Glen Helen Raceway, and there is much more to the new machine than team graphics and a slip-on FMF muffler. A long list of suspension upgrades headlines the differences between the Rockstar Edition and the standard 2020 FC 450, as well as revised engine mapping for a more aggressive, hard-hitting powerband. We caught up with Husqvarna’s Andy Jefferson to get the low-down on the new machine. 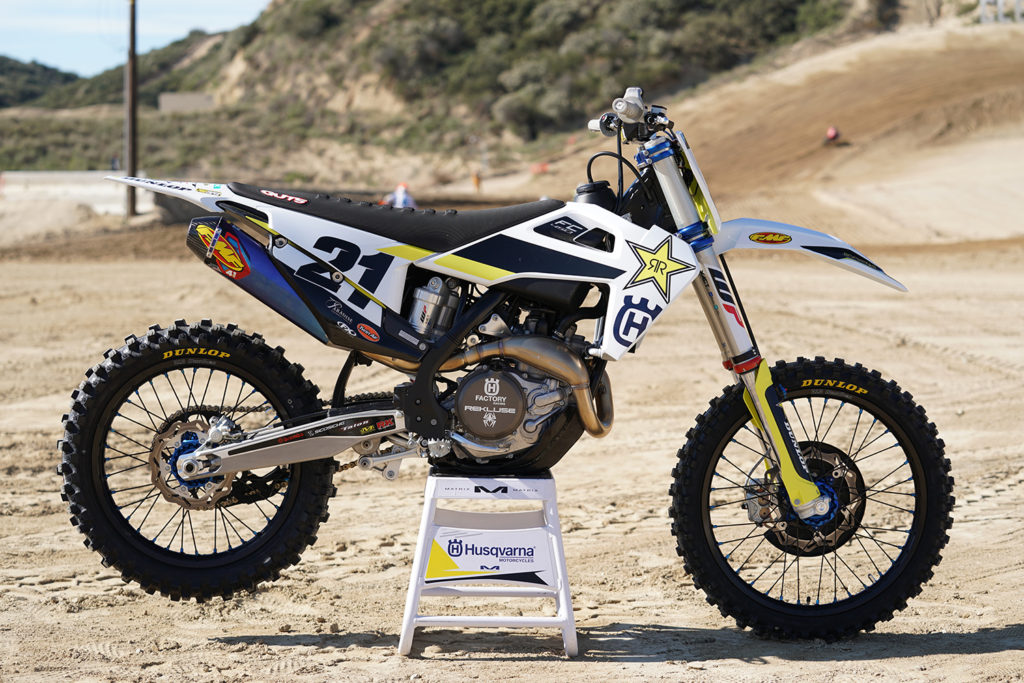 Though the Husqvarna Rockstar Edition FC 450 looks like the standard version with a team graphic kit and a slip=on pipe, there is actually much more to the machine and the performance gains set it apart from the standard bike. 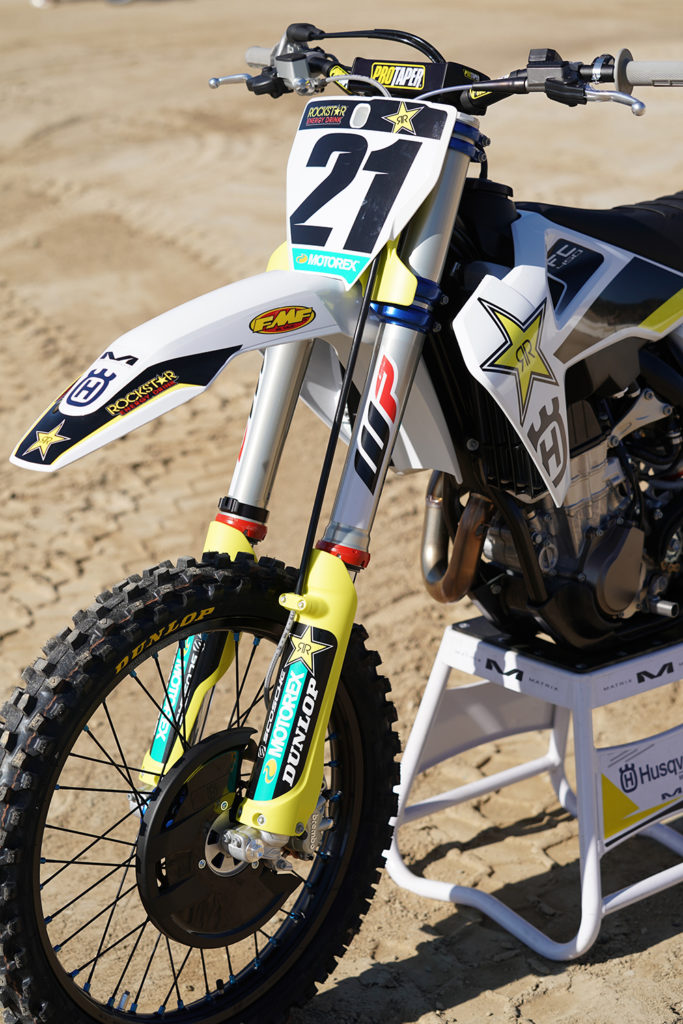 Changes made to the front fork are much more extensive than simple valving changes. Jefferson covers them in the above video. 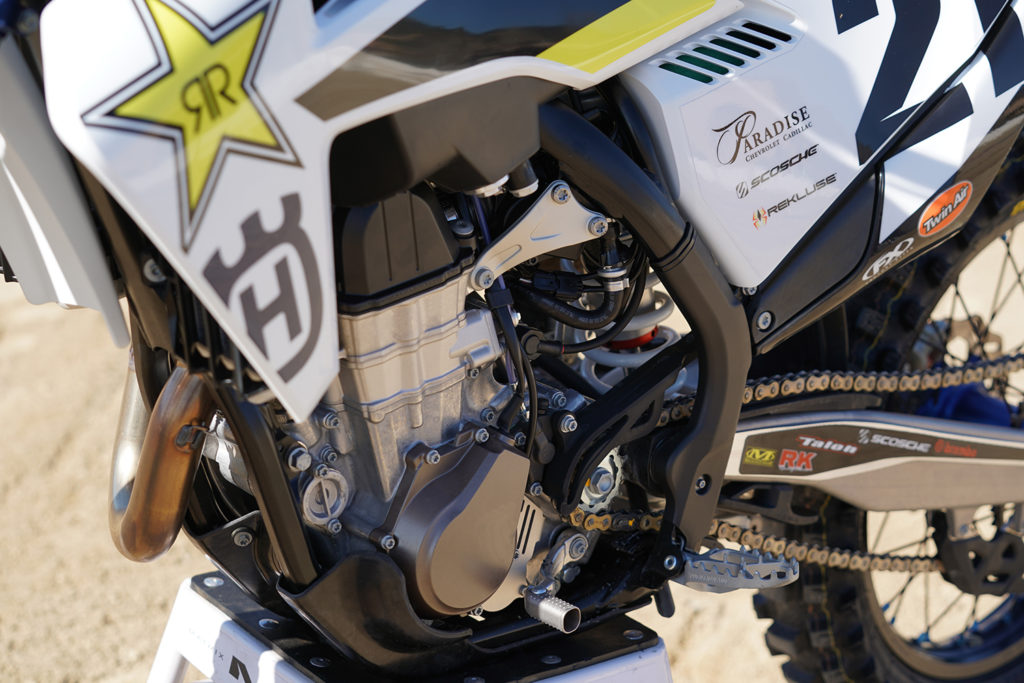 Mechanically, the engine is the same as the standard FC 450, but the mapping has been revised for a more aggressive and responsive power character in the map 2 setting. 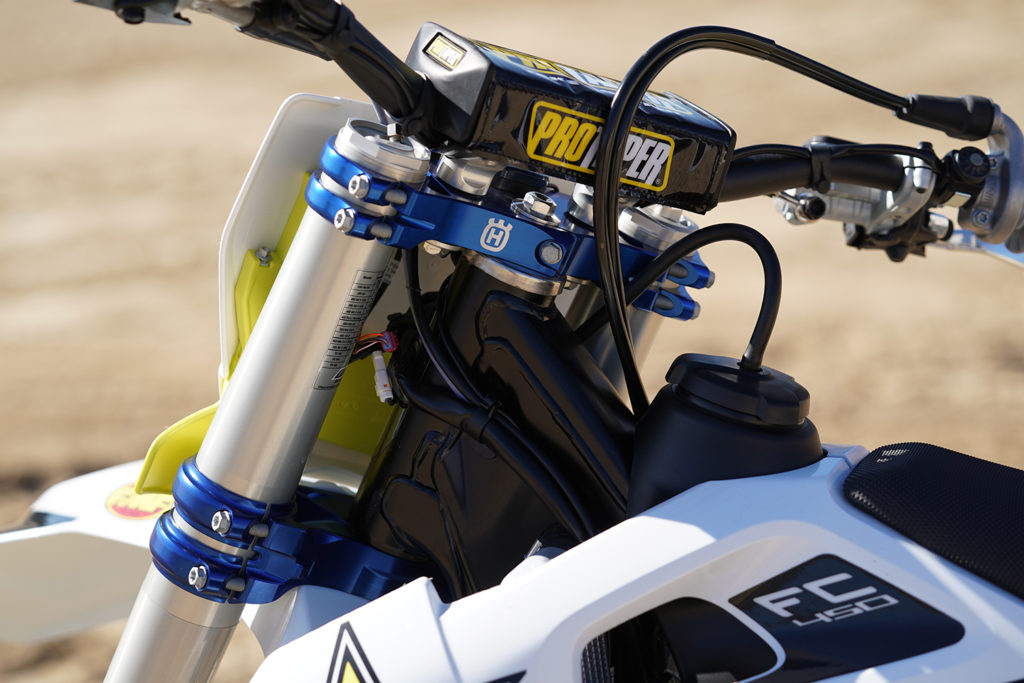 Husqvarna accessory triple clamps grace the front end of the machine and boast a split clamping surface for even pressure on the upper fork tubes. 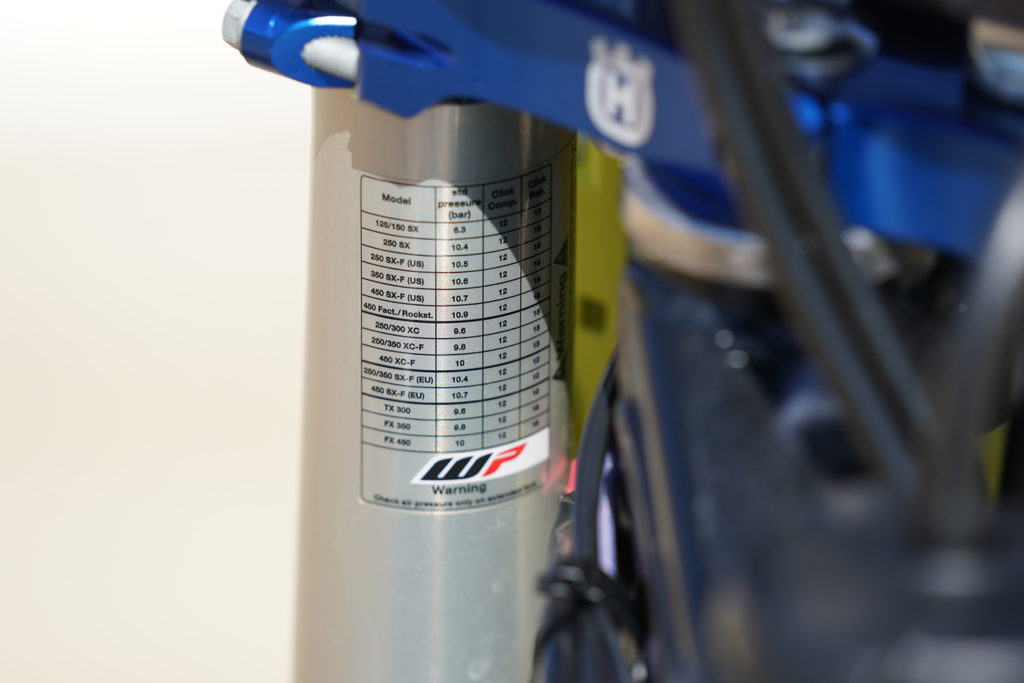 One of the coolest small touches all Husqvarna off-road machines now come with is this recommended fork PSI chart that lists the pressures for every model.