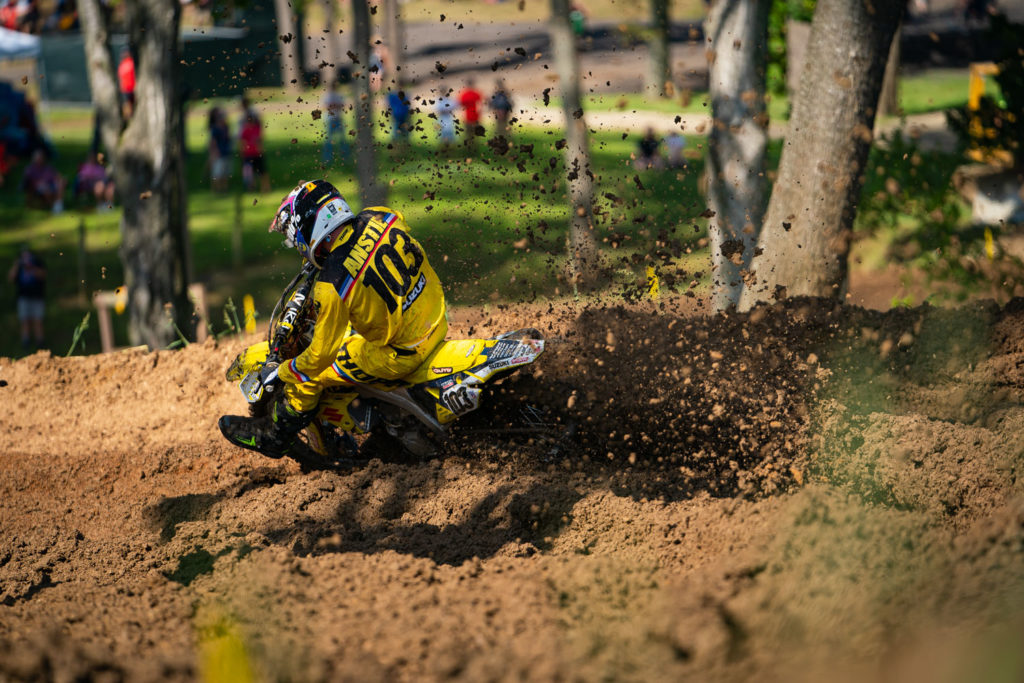 Max Anstie’s 450 Moto Two get-off at the 2020 Ironman Motocross created some cause for concern, but fortunately, all is well for the Twisted Tea/HEP Motorsports/Suzuki rider. The crash happened when Anstie’s bike got out of control as he prepared to enter the rutted turn before the finish line, got sideways, and spat him over the handlebars and headfirst into the ground. The Alpinestars Mobile Medical staff was soon at his side and he was immediately taken into their on-site rig for further evaluation for what was feared to be a broken jar.

Anstie was sent checked out by doctors and underwent full scans to see if there was a fracture, but the images came back clear and he was released without much hassle. “Not the way we wanted to end the day,” he stated in a now-gone Instagram Story. “They thought my jaw was broken but just got the results back from the scans and I’m alright. Just feels like Connor McGregor gave me a left hook.”

Anstie posted a second update later that confirmed he will be on the starting line for the back-to-back rounds of the 2020 Lucas Oil Pro Motocross Championship at RedBud this weekend, which will take place on Friday and Monday. He is currently 12th overall in the 450 Class Championship with 54 points and 11-10-15-3-14-37 finishes through six Motos.