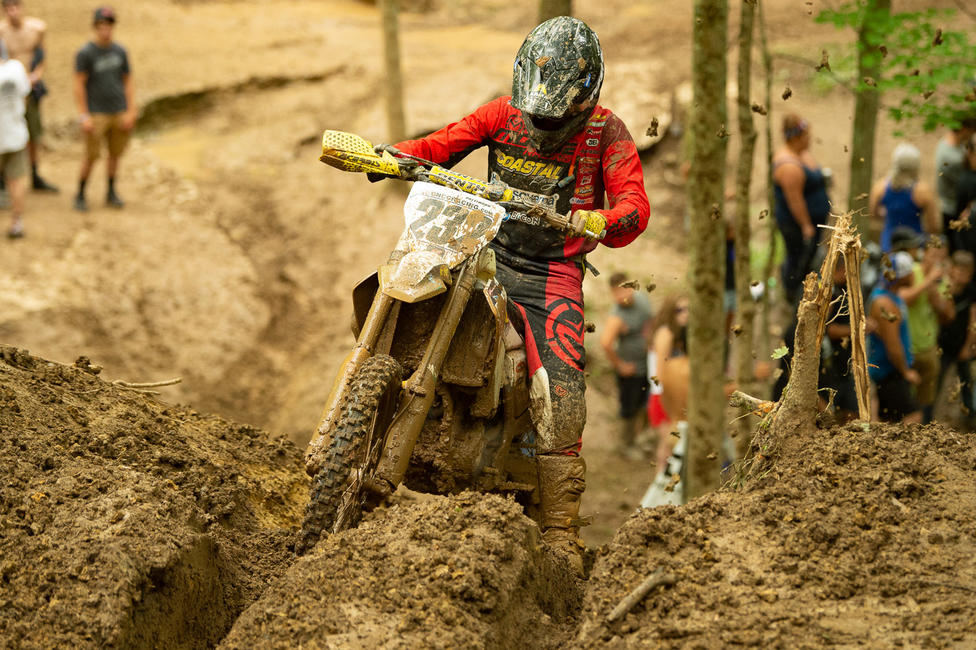 After spending the hot summer months on break, the 2020 Grand National Cross Country Series is set to push through the remaining rounds of the tour, starting with the 2020 Mountaineer GNCC. It’s been two months since the last time riders ripped through the woods but with only five rounds left on the calendar (four confirmed and one TBA), everyone knows that they need to stack results and move up the championship standings, starting this weekend in West Virginia.

What’s the buzz in the GNCC right now? Well, FMF/KTM Factory Racing’s Kaliub Russell is putting in his final year as a full-time competitor of the series and is looking to score an astounding eighth-straight title on his way out. Josh Strang looked to be the biggest obstacle in Russell’s path, but the Babbitt’s Online/Monster Energy/Kawasaki rider will miss an extended amount of time due to a broken scapula. With Strang out, the door is now open for his Kawasaki teammate Jordan Ashburn or guys like FactoryONE Sherco’s Grant Baylor, FMF/KTM Factory Racing’s Josh Toth, or new AmPro Yamaha rider Stu Baylor.

The competition is a little closer in the XC2 250 Pro division, where just 12 points separate Rockstar Energy Husqvarna Factory Racing’s Craig DeLong, Trail Jesters KTM’s Jonathan Girroir, and AmPro Yamaha/St. Lawrence Radiology’s Michael Witkowski in the championship standings. All three riders have scored wins at different times this season and their battles will be the ones to keep an eye on.

Ready to watch the action in the woods? Press play on the free live stream feed below, starting at 12:45 PM EST/9:45 AM PST.