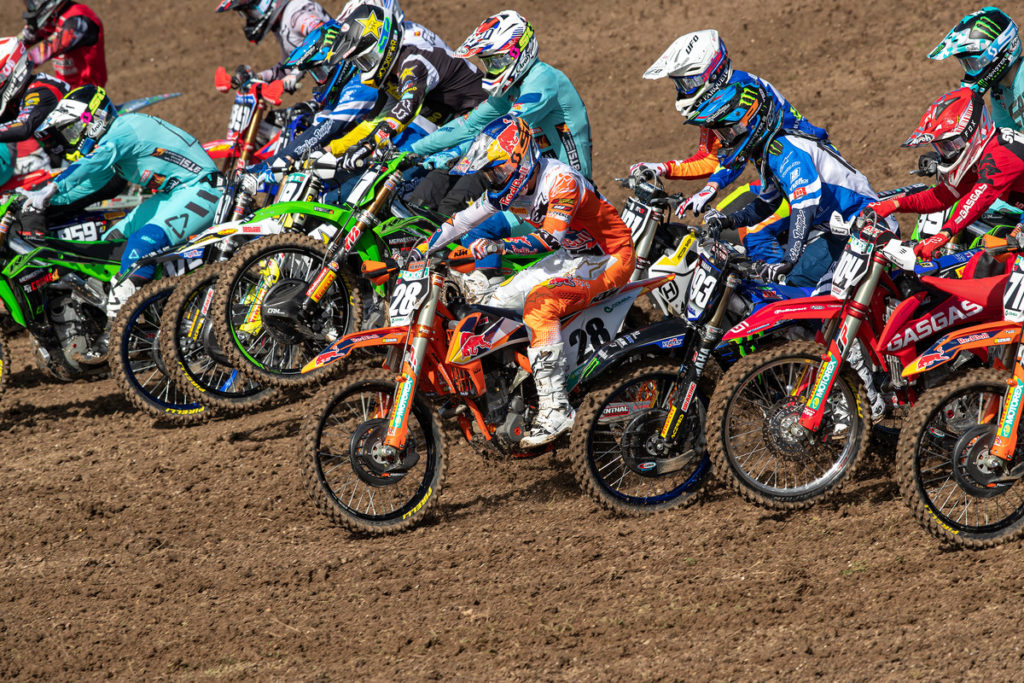 An updated calendar for the 2020 Monster Energy FIM Motocross World Championship was wrapped into yesterday’s Motocross of Nations cancelation. The plan to make the MXON a points-paying race in the world championship was ambitious but complicated, so with it gone, InFront Moto Racing decided to put another round in Italy and will have back-to-back events at the sandy circuit in Mantova.

The change to the schedule comes as no surprise, given the circumstances the world finds itself in, and the decision to hold multiple races in the same venues will be the best way, logistically and financially, for the series to run as many rounds as possible. This is similar to what F1 and MotoGP are currently doing in Europe, as it allows the infrastructure to stay in place and takes away the burden of traveling between different countries. All MXGP races held in Europe through the rest of 2020 will be single-day events, much like the Pro Motocross series in the US, a move that eliminates the Qualifying Motos and lessens the load on teams. 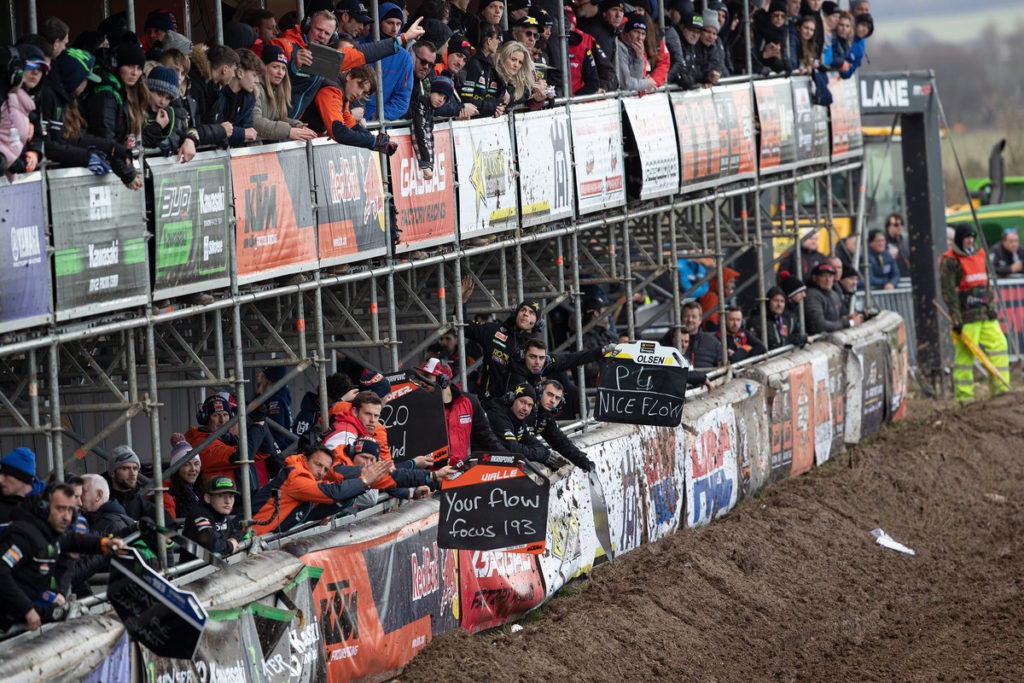 The 2020 Monster Energy FIM Motocross World Championship was able to hold two rounds of racing in March, the 2020 MXGP of Great Britain at Matterley Basin and the 2020 MXGP of the Netherlands at Valkenswaard, before the pandemic paused all activities. InFront Moto Racing, the organizers of the international tour, released several calendars during the time off, only to have countries change their rules during the ongoing crisis, which ranged from mandatory quarantines to outright travel restrictions.

The current plan for the 2020 Monster Energy FIM Motocross World Championship is for certain venues to hold multiple rounds in a condensed timeframe, like the tripleheader in Kegums, Latvia, that will restart the series. 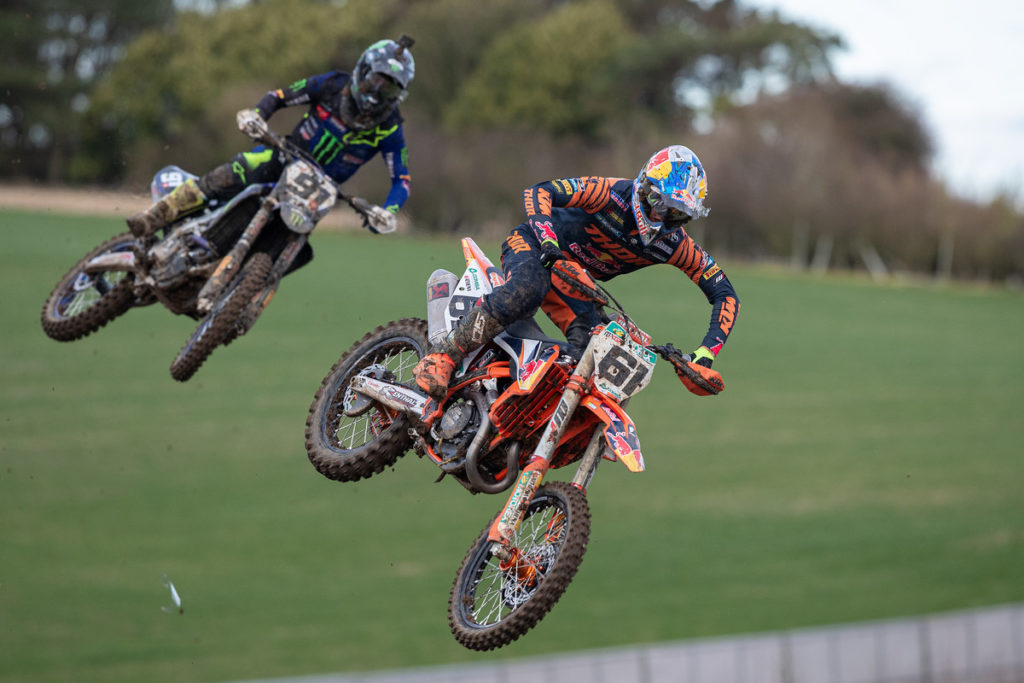 The famed Lommel facility in Belgium will have a tripleheader of its own with the MXGP of Flanders on October 18, the MXGP of Limburg on October 21, and the MXGP of Lommel on October 25. Staying at the sand track makes sense because a large number of riders and teams have shops nearby and put in practice motos there during the week.

There are some details of the MXGP plan that need to be figured out. The current plans is for the MXGP of Patagonia Argentina on November 22 to be the series finale, but given the state of global travel, that round could be axed completely. The MXGP of Russia and MXGP of Portugal are “To Be Confirmed” and are at the bottom of the list, though it’s unclear when they could be squeezed into the calendar. The last matter is which races will allow fans to attend, as there are still limits on large public gatherings throughout the EU. 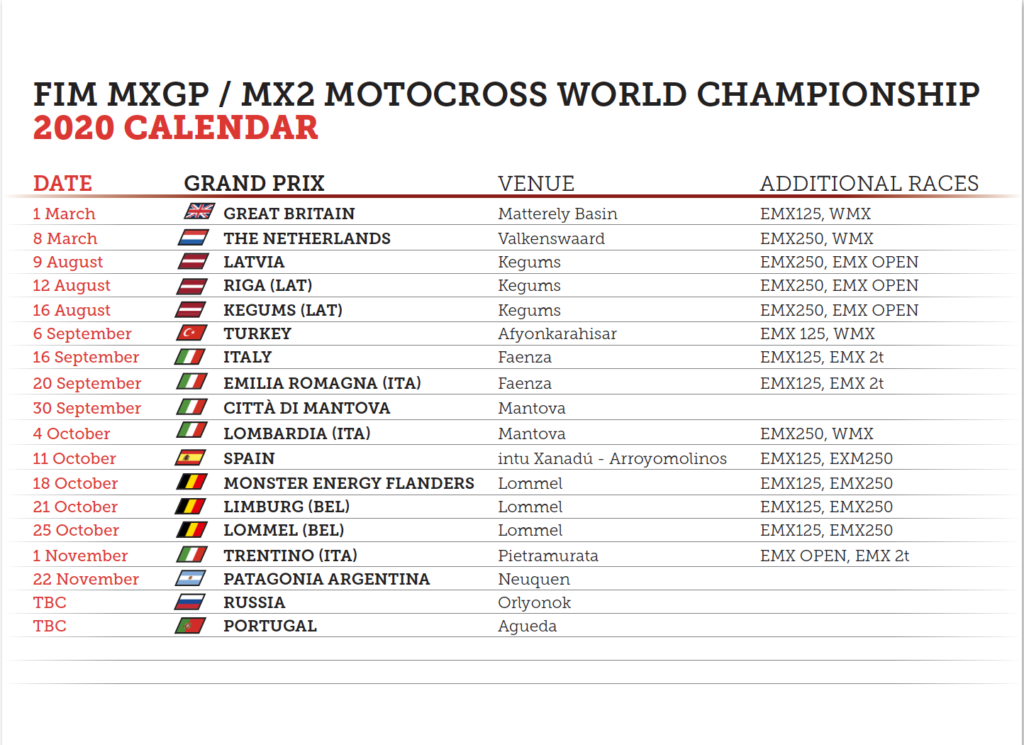