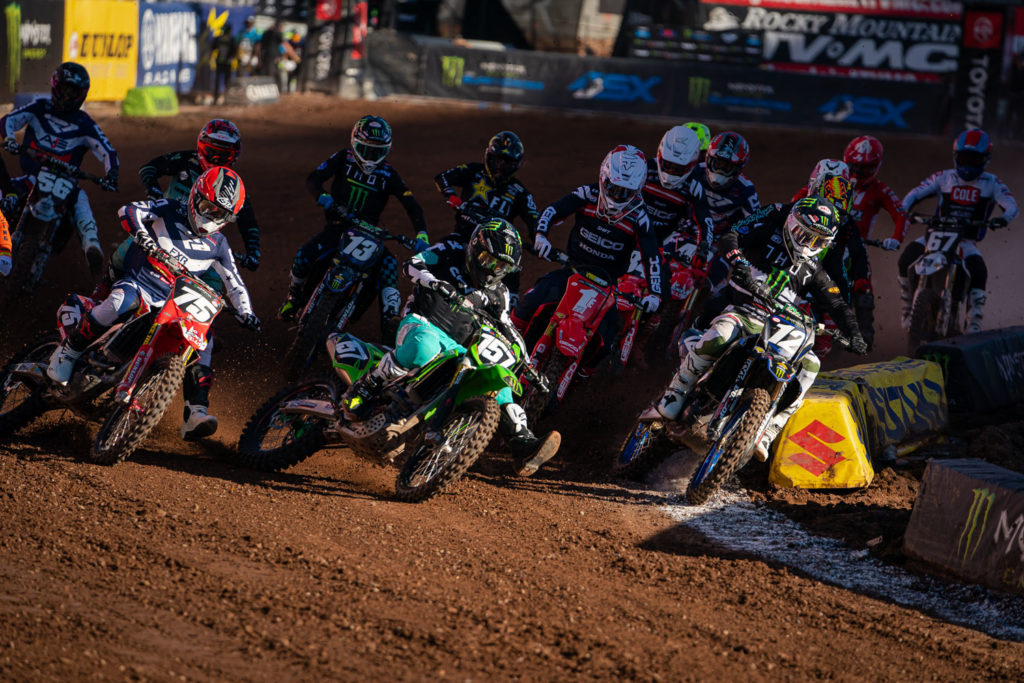 It’s not over. When we pulled up to Rice Eccles Stadium for the 2020 Salt Lake City Six Supercross, round sixteen of the 2020 Monster Energy Supercross Series, we had slight expectations to see Eli Tomac wrap up his career-first championship in the 450 Class. But the coronation of the ET3 to ET1 was delayed due to a poor start by the Monster Energy Kawasaki rider, laps led by Rockstar Energy Husqvarna Factory Racing’s Zach Osborne, and a win at all costs effort by Red Bull KTM’s Cooper Webb.

The 250 East Coast Region also had its share of excitement with title contenders Chase Sexton and Shane McElrath in their own fight at the front of the pack. Sexton succeeded on his GEICO Honda and took the win, but Monster Energy/Star Racing/Yamaha’s McElrath showed that he’s not going to let a six-point difference discourage him going into the East-West Showdown.

Want to see some images from the on-track battles? Click here to read the Race Report. 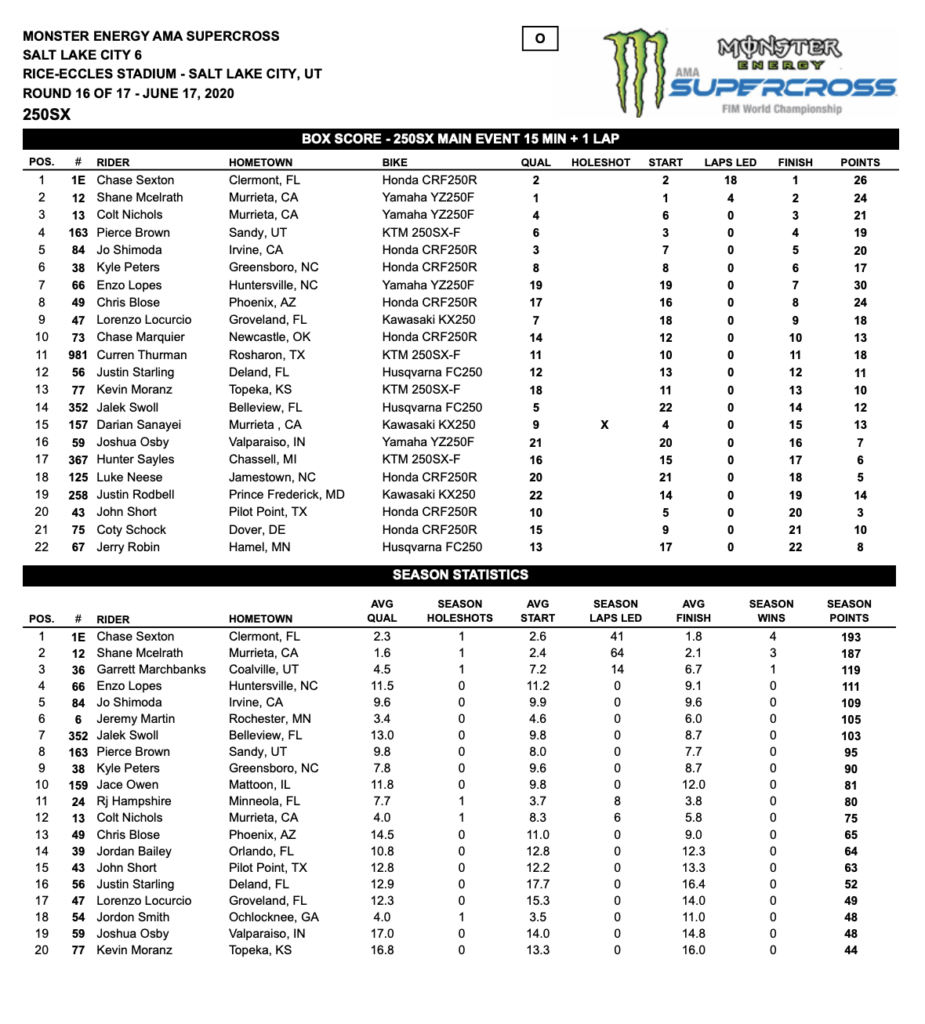 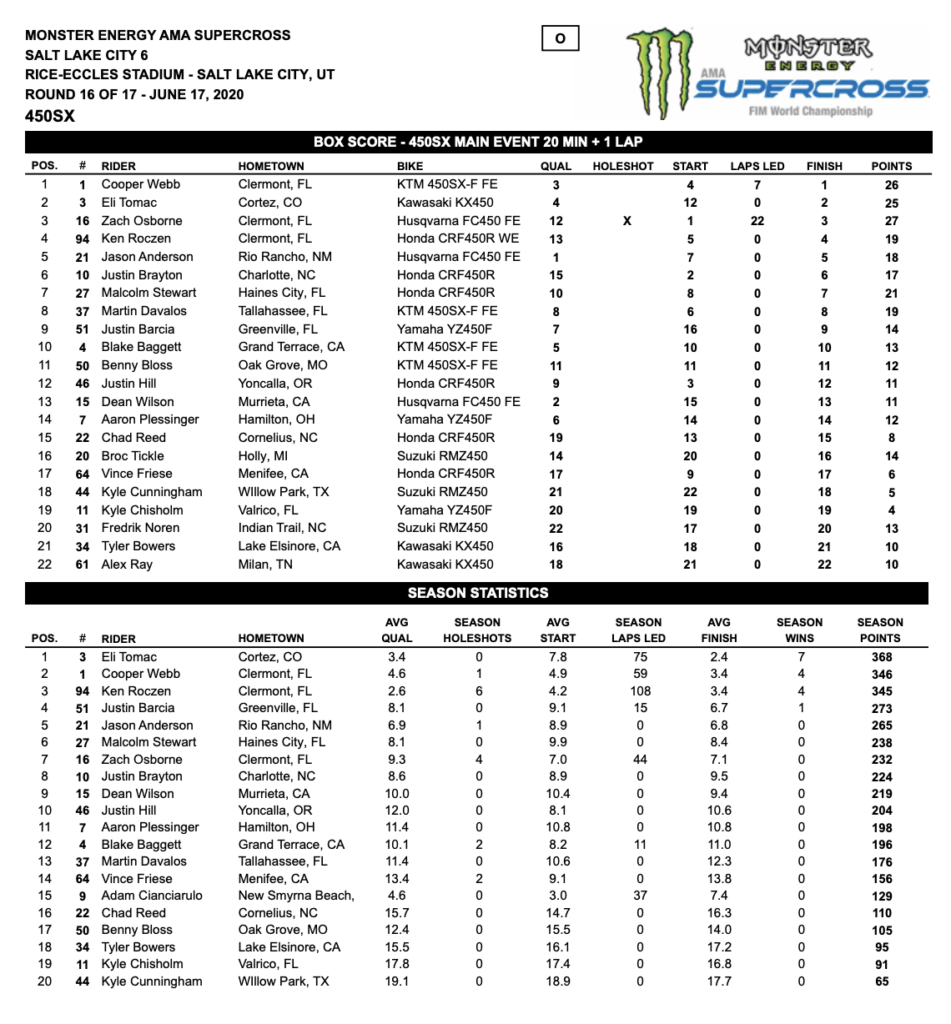