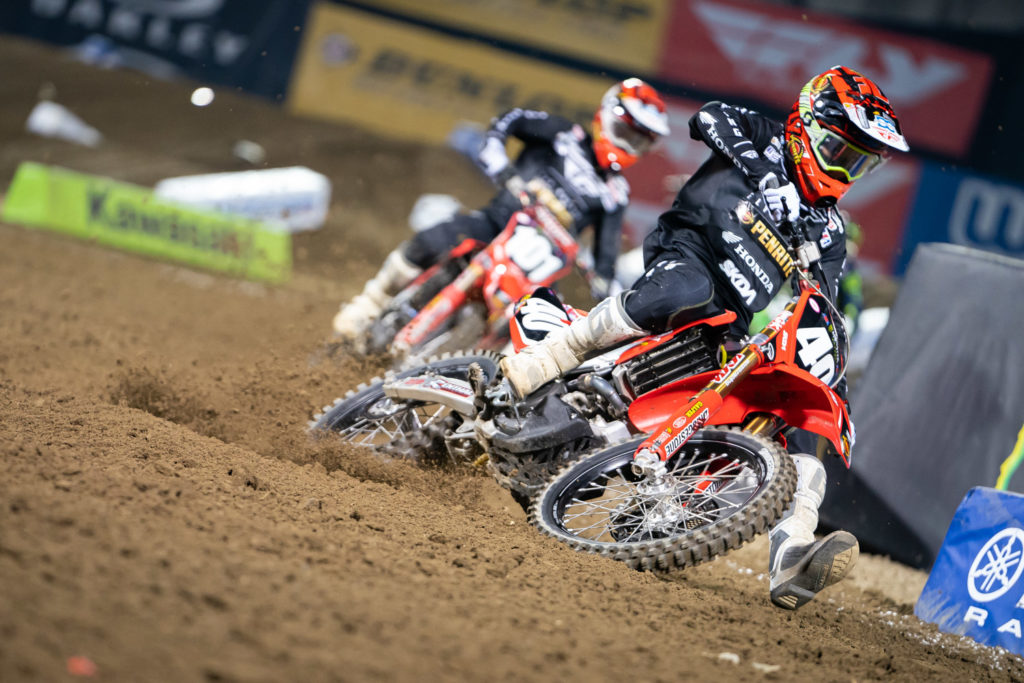 On Thursday we caught wind that Mitchell Oldenburg had a practice crash in the middle of the week and had sustained a knee injury, which the Penrite Honda team later confirmed in a press release to debut the team’s military graphics for the 2020 San Diego Supercross. Although the full details are scarce, Oldenburg stated it could be enough to sideline him for the weekend, the last round before an extended hiatus for the 250 West Coast region. He will take part in Friday morning’s media riding session at Petco Park and make a decision after laps on a full-scale Supercross track.

“This week has been great, except for a small crash I had,” he stated in a press release. “The team has also done a great job in showing their appreciation for the military. Last week we showed that we have the bikes and speed to race up front. I know Luke and I are capable to challenge for a position on the podium and that’s what we are chasing, I am just not 100 percent sure I will be racing.”

UPDATE FRIDAY JANUARY 7 | Oldenburg has confirmed he will miss the 2020 San Diego Supercross as a result of the knee injury, which is a partially torn ACL and a torn meniscus, but intends to use the upcoming break in the 250 West Coast region as his chance to recover and will race the final rounds of the season (Seattle, Denver, Las Vegas, Salt Lake City) before going under the knife to have the damage repaired.

Unfortunately I won’t be lining up this weekend in San Diego… as most of you know, I tipped over in a corner on Wednesday & it resulted in a partially torn ACL and a torn meniscus. As of now the plan is to rehab it as much as possible over the break, give her hell the last 4 rounds, & then get surgery after salt lake. The most frustrating part about this is I honestly don’t know what I could of done different to have avoided this. Set back, after set back, but I’m not done! I’ve worked too hard to only come this far! Huge thank you to @teamdrg for doing what he could to try and get me ready for this weekend & helping me get some answers, as well as my whole team behind me! @hondaracing_aus @penriteoil @yarrivek @narc0nate @twisteddevelopment #Gilly #KYB and most importantly my beautiful wife for putting up with me! @alexandriiarose ❤️ 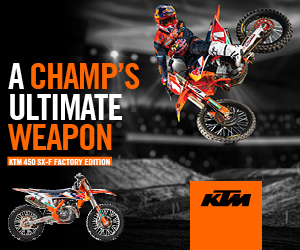 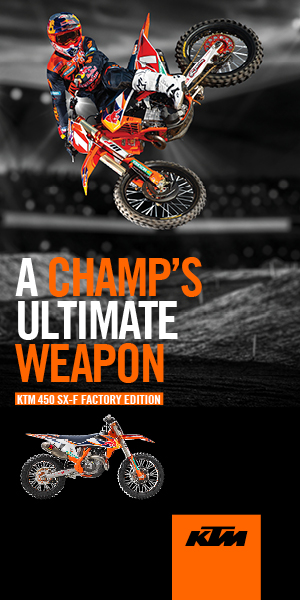 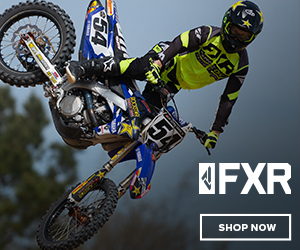