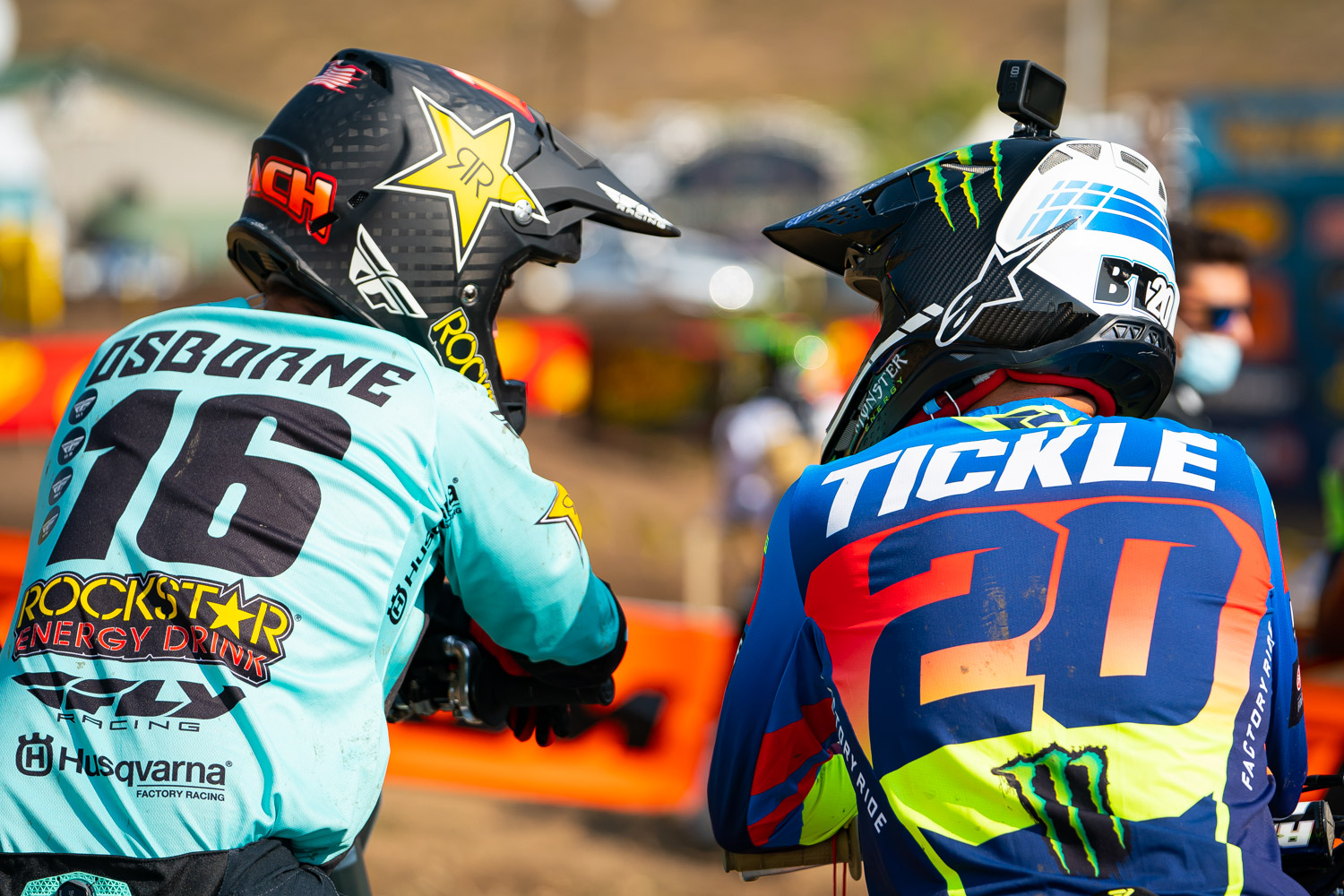 The 2020 Lucas Oil Pro Motocross Championship is winding day and today’s race, the 2020 Thunder Valley Motocross, will be the penultimate round of the series (you’ll get tired of hearing that word by the end of the weekend). Riders spent Saturday morning carving laps on the Rocky Mountain track, which has the typical hard pack-mulch soil mixture and rolling layout that we’ve come to know of the Colorado track.

With both titles up for grabs and only a small amount of points separating the top riders, we’re in for an excellent day. Here’s how the field ranked in qualifying… 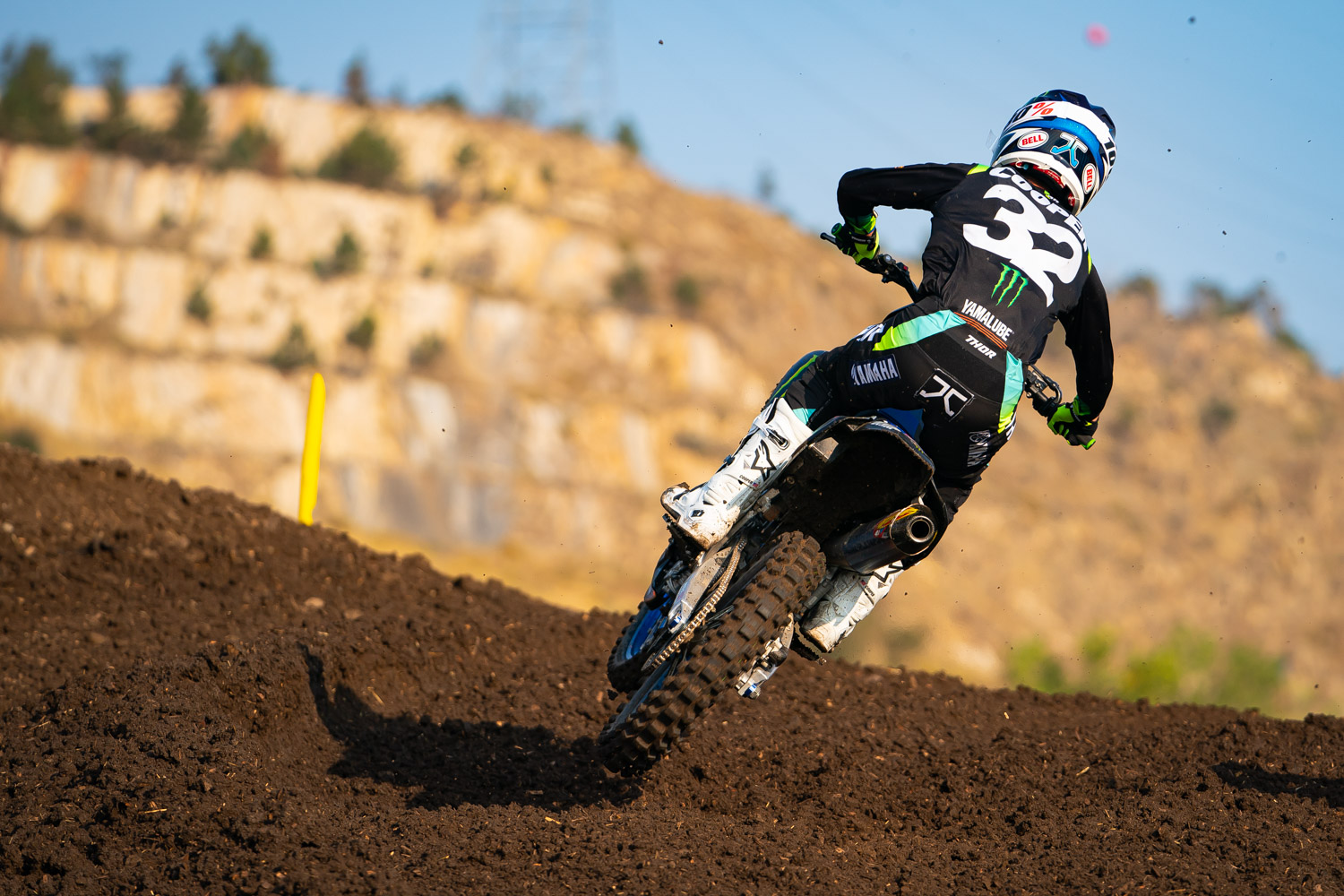 Justin Cooper said last week that he’s still going for race wins despite being out of title contention, and through qualifying, the Monster Energy/Star Racing/Yamaha rider backed up his statement with some of the fastest laps of the 250 Class. A 2:07.574 time in the First Timed Qualifying Session by Cooper put him at the top of the board and despite their best efforts, no rider was able to best it.

Shane McElrath has put in his share of fast laps this summer, including today in Colorado. The Monster Energy/Star Racing/Yamaha rider took second overall in the score sheets with a 2:07.690 lap in the First Timed Qualifying Session.

Dylan Ferrandis was his best in the Second Timed Qualifying Session. The Monster Energy/Star Racing/Yamaha rider posted a  2:08.879 in Session One, then got around the three-quarters of a second faster in Session Two for a 2:08.097 time. Despite the improvement, the incoming championship leader was only third fastest in the class, behind his teammates.

RJ Hampshire has suffered two hard crashes in the last few weeks, but it hasn’t seemed to faze the Rockstar Energy Husqvarna Factory Racing rider much. He was fourth-fastest in the 250 Class with a 2:09.088 time.

Jeremy Martin was the fifth-fastest rider in the group, thanks to a 2:09.667 time in Session Two. The GEICO Honda rider is second in the championship standings and how he fares against Ferrandis at elevation will be interesting. Martin has spent an extended amount of time in the mountains, thanks to time spent with Eli Tomac in Cortez, but his Honda will be more prone to suffer a loss in power than the Yamaha. 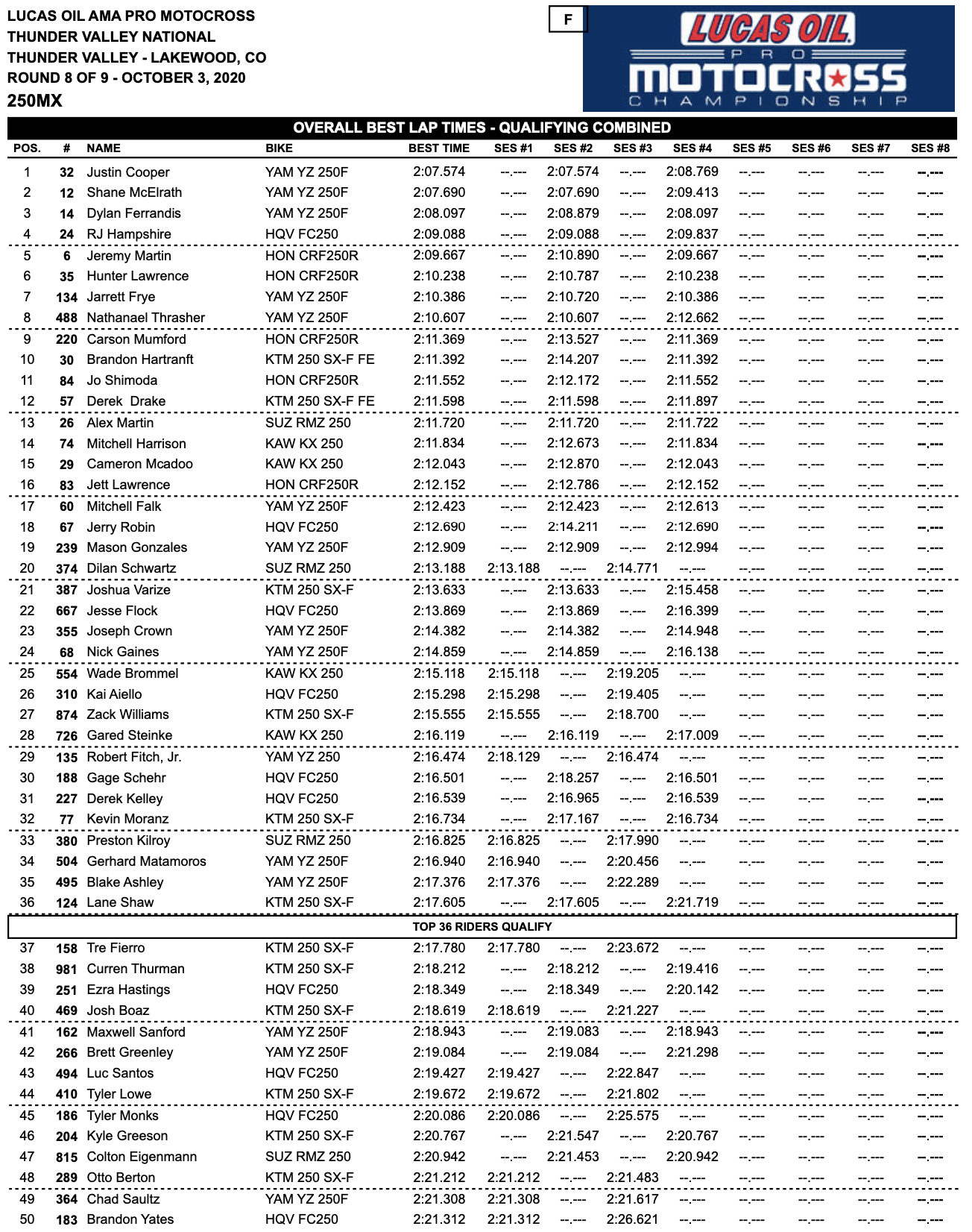 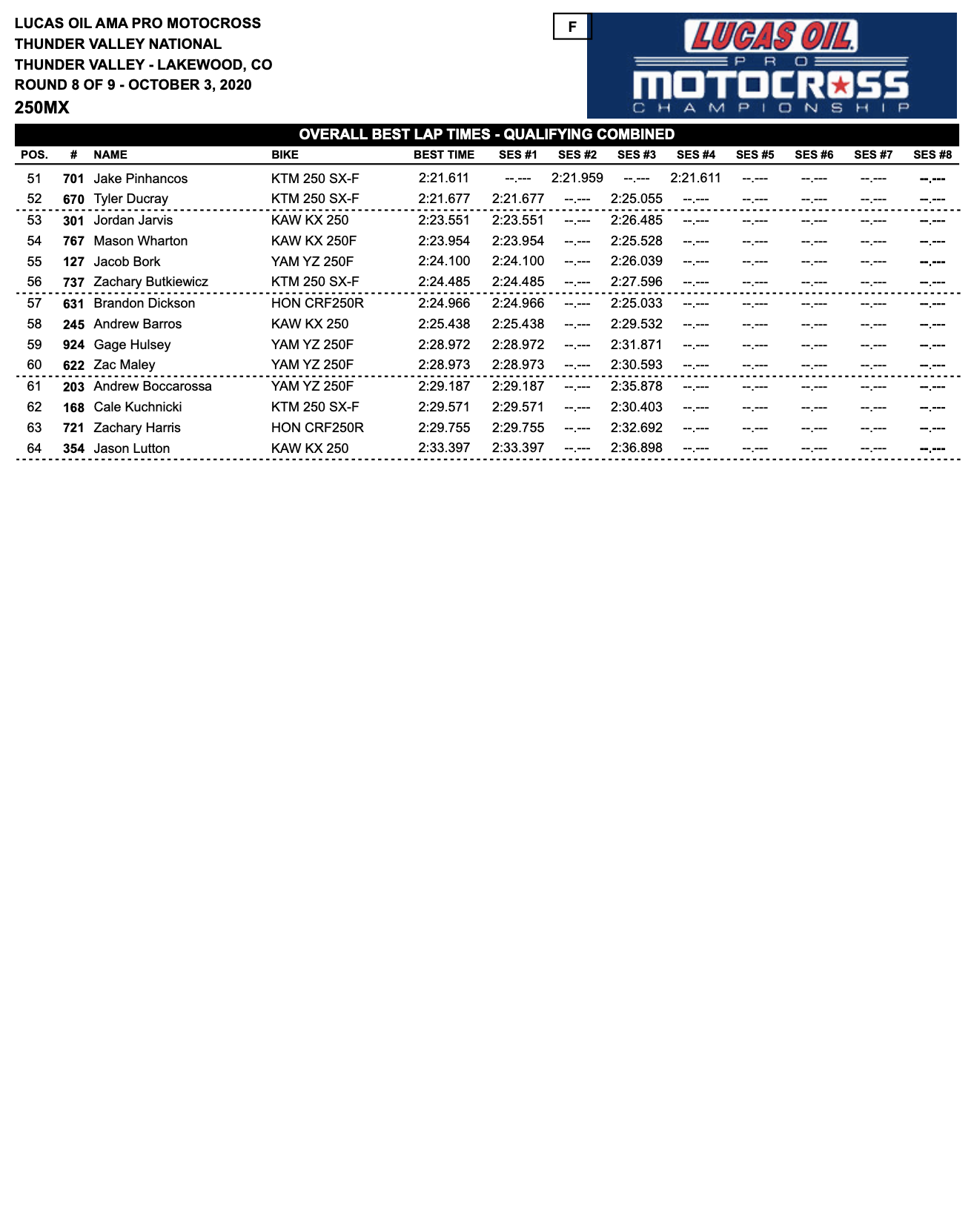 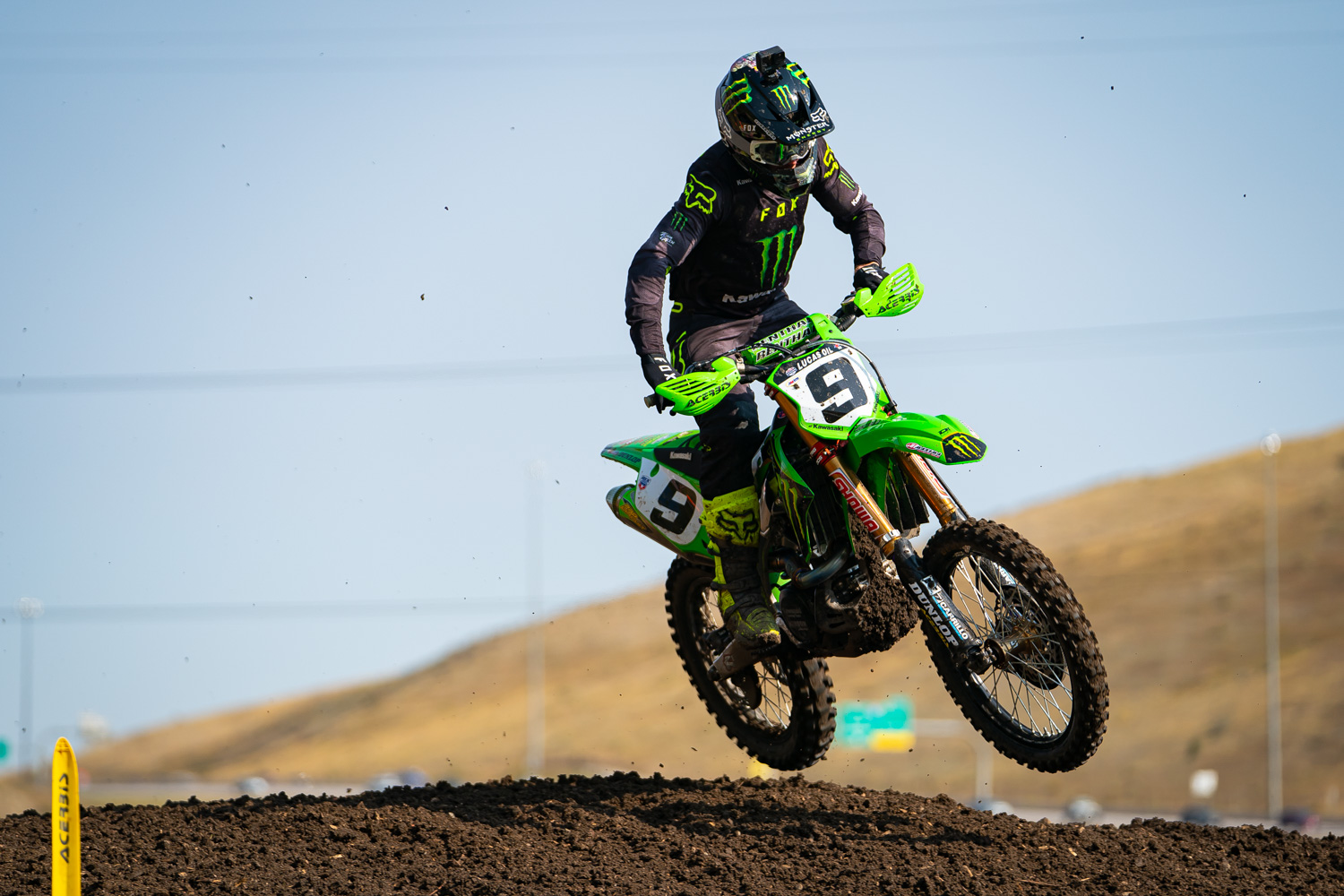 Unlike the 250 Class, most of the faster laps in the 450 Class came during the second round of qualifying. Adam Cianciarulo, for instance, pushed his Monster Energy Kawasaki to a 2:08.201 time in Session One but regrouped and found much better lines in Session Two for a stunning 2:05.336 time that was the fastest of the entire field.

Blake Baggett looks like he could be one of the best guys today. The Rocky Mountain ATV-MC/WPS/KTM rider was the fastest man in Session One thanks to a 2:08.048 lap, and backed it up with a 2:06.384 in Session Two, a time that put him second on the sheets.

Chase Sexton has been among the fastest in the 450 Class all season, an impressive feat for anyone and even more so for a rookie. The Team Honda HRC rider was third in the final standings after a 2:07.107 time in Session Two.

Christian Craig has shown improvement every week this summer and the Colorado qualifying sessions might be his best results so far. The Team Honda HRC rider was fourth in the 450 Class thank to a 2:07.408 lap in Session Two.

Marvin Musquin is another guy that’s been beaten down over the last few weeks but it hasn’t held the Red Bull KTM rider back too much. Musquin logged a 2:07.806 time in Session Two and was fifth-fastest in the 450 Class.

As for Eli Tomac and Zach Osborne? The Monster Energy Kawasaki rider was sixth overall after a 2:08.319, while a 2:08.901 time put the Rockstar Energy Husqvarna Factory Racing and incoming championship leader seventh. 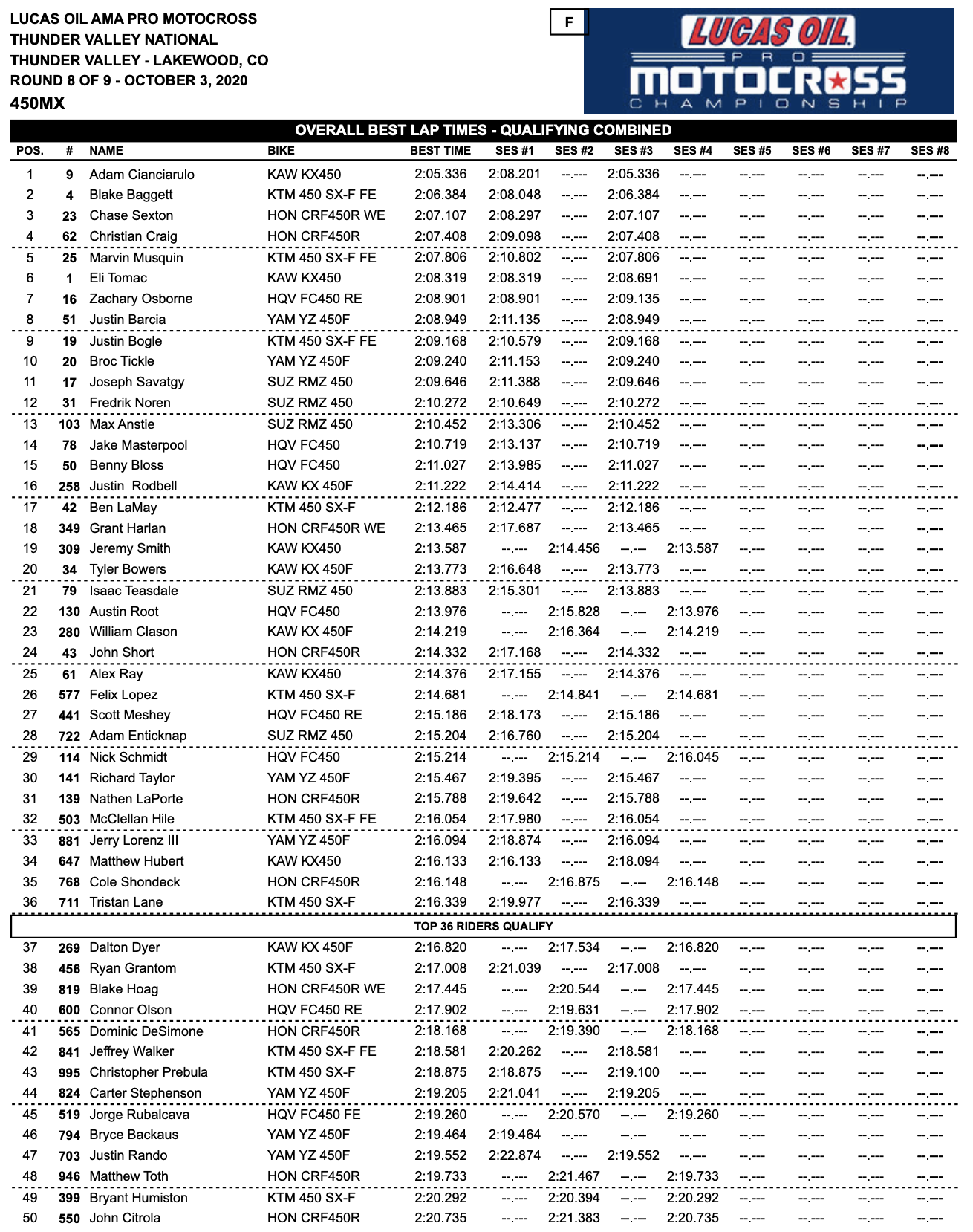