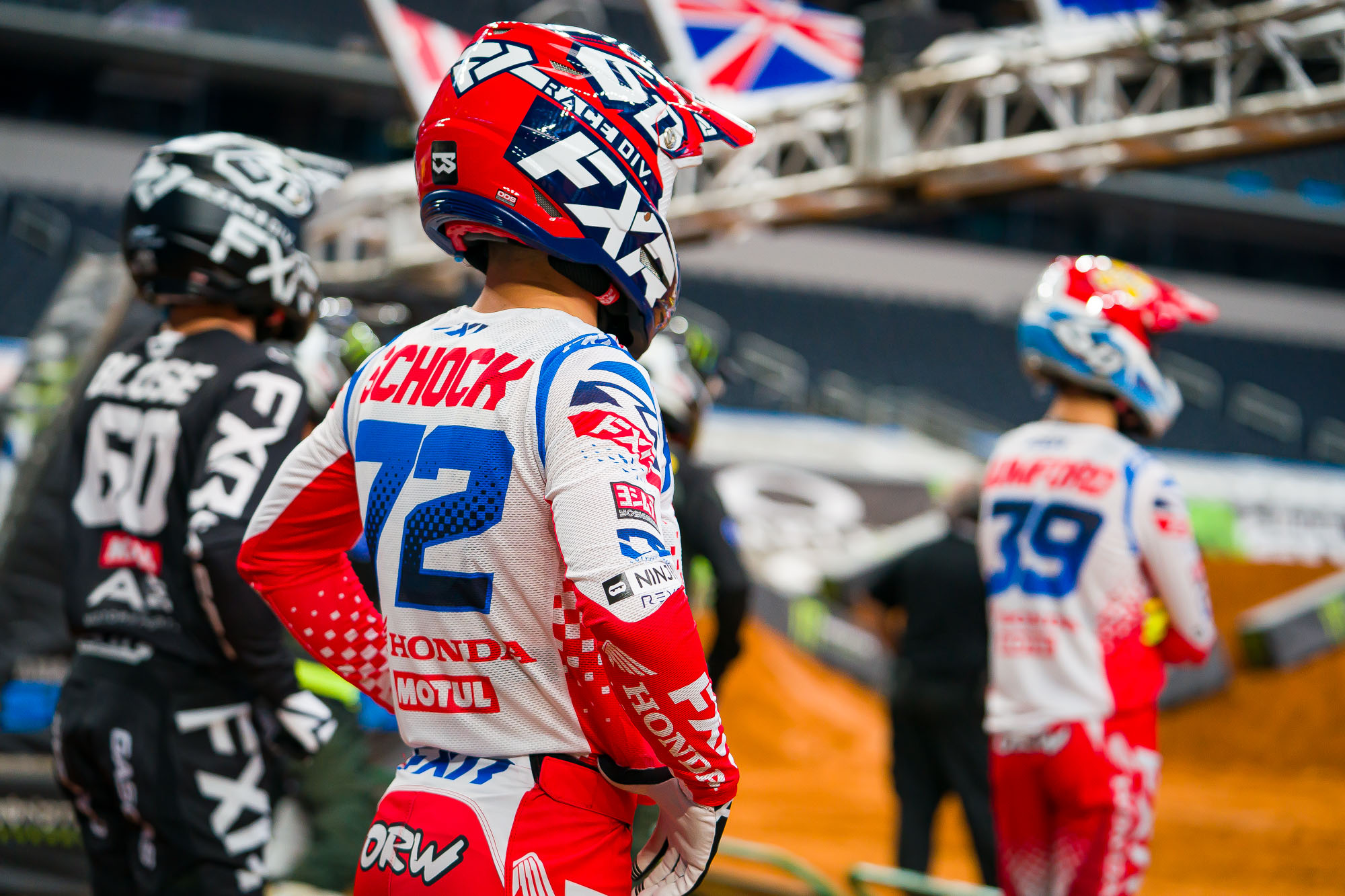 Timed Qualifying is complete in Texas. Riders returned to AT&T Stadium for the 2021 Arlington Three Supercross, the twelfth race of the 2021 Monster Energy Supercross Series and the last in the Lone Star State for this season. Another all-new track was built in the days between events and with big jump combinations, long whoops, and fast laps, it leaves little room for error. 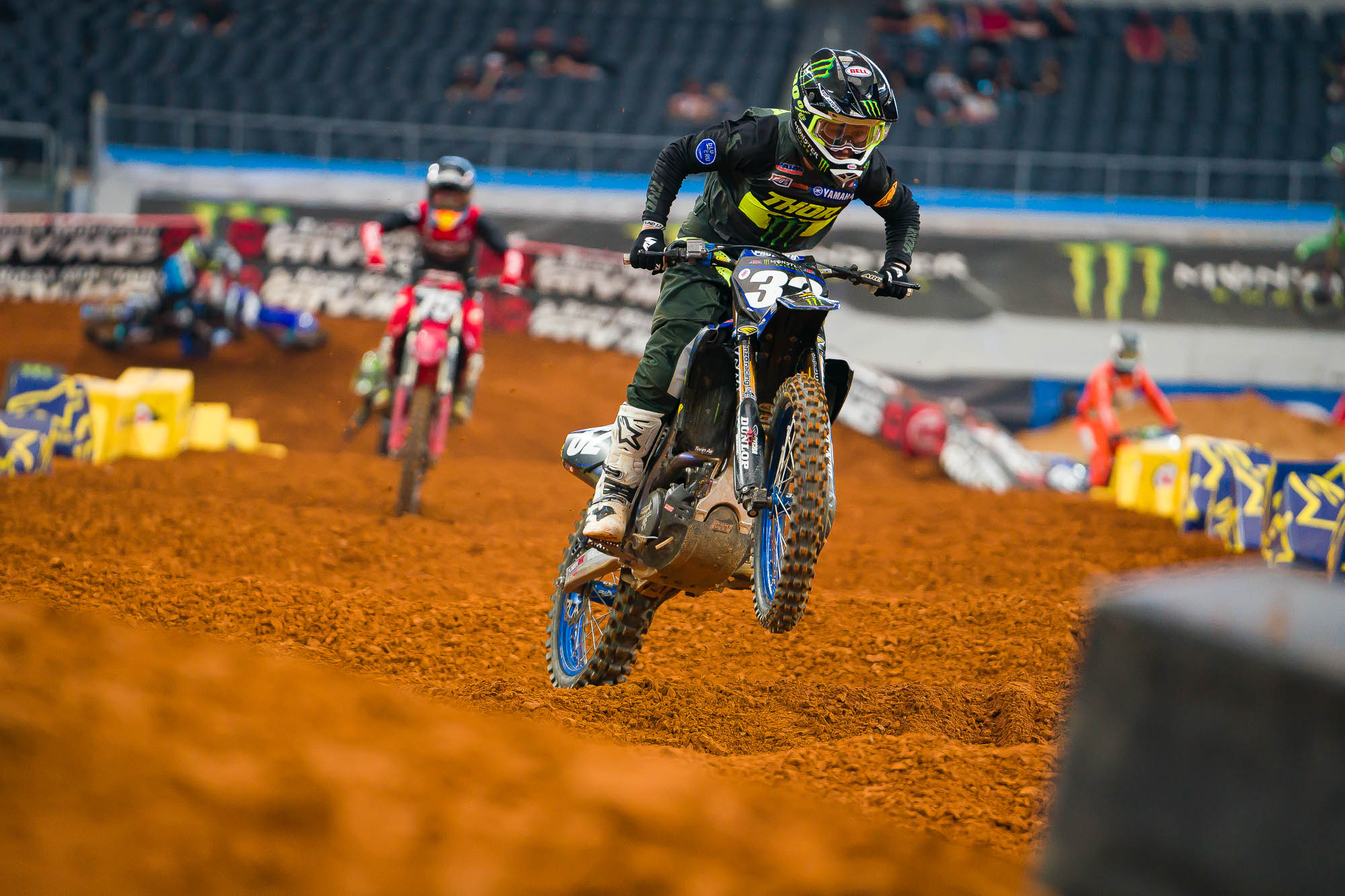 When it comes to Timed Qualifying, Justin Cooper has been unstoppable. The Monster Energy/Star Racing/Yamaha rider has finished every practice session this season at the top of the board, a trend that continued at Arlington Three with a 49.093 lap time.

Cameron McAdoo was just a tick slower on the stopwatch and after a 49.318 run around the track, the Monster Energy/Pro Circuit/Kawasaki rider was second overall.

Seth Hammaker’s speed and consistency in the afternoon session has been impressive. The Monster Energy/Pro Circuit/Kawasaki rider is usually among the fastest in the field and the rookie racer’s 49.560 was the third-best of the class.

Jordon Smith hasn’t let injuries or crashes slow him down. The Monster Energy/Pro Circuit/Kawasaki rider logged a 49.629 at in the final session and was fourth overall in the field.

Incoming championship leader Hunter Lawrence completed the top-five with a 49.935 time. The Team Honda HRC rider was the last rider in the class to put in a sub 50-second lap. 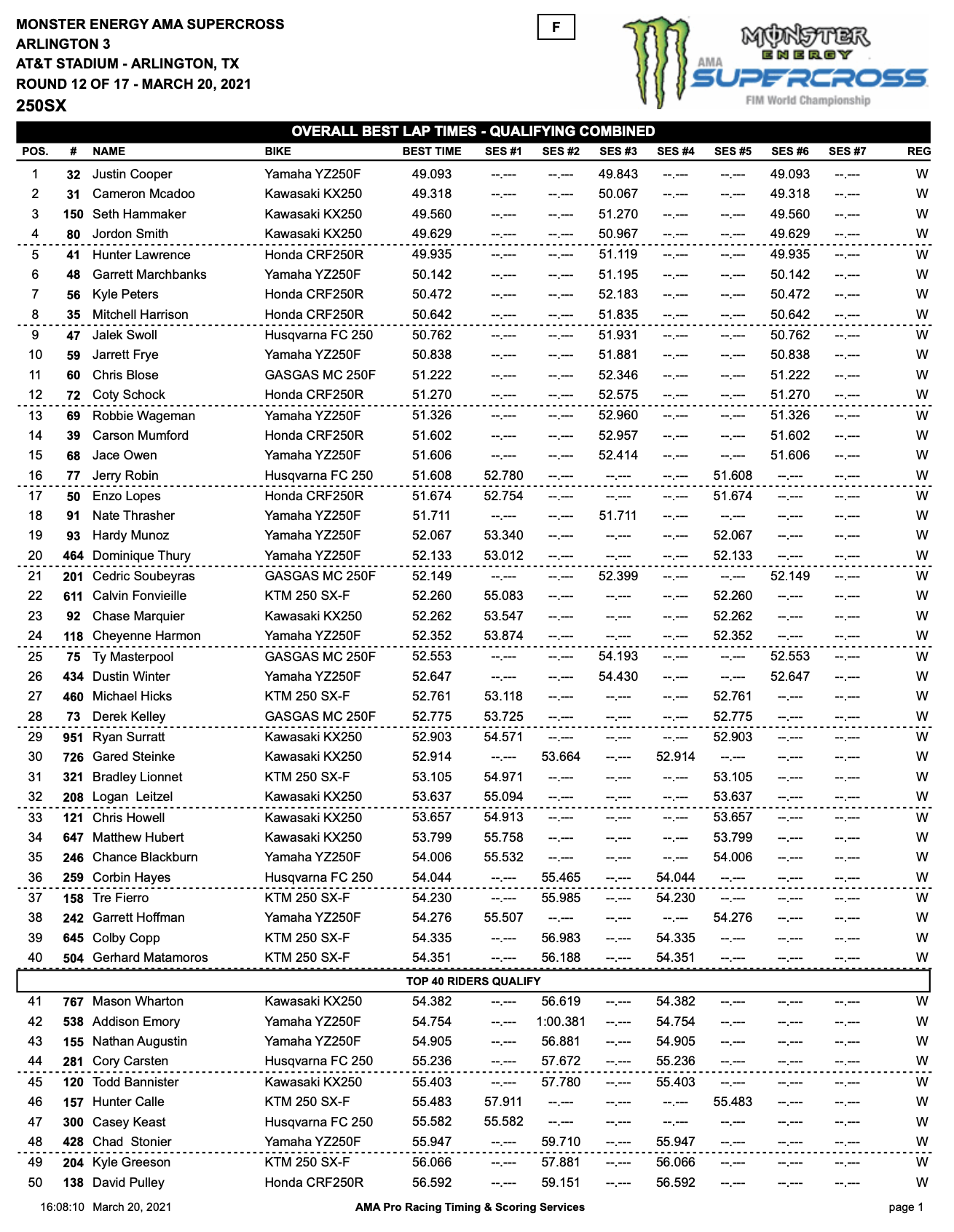 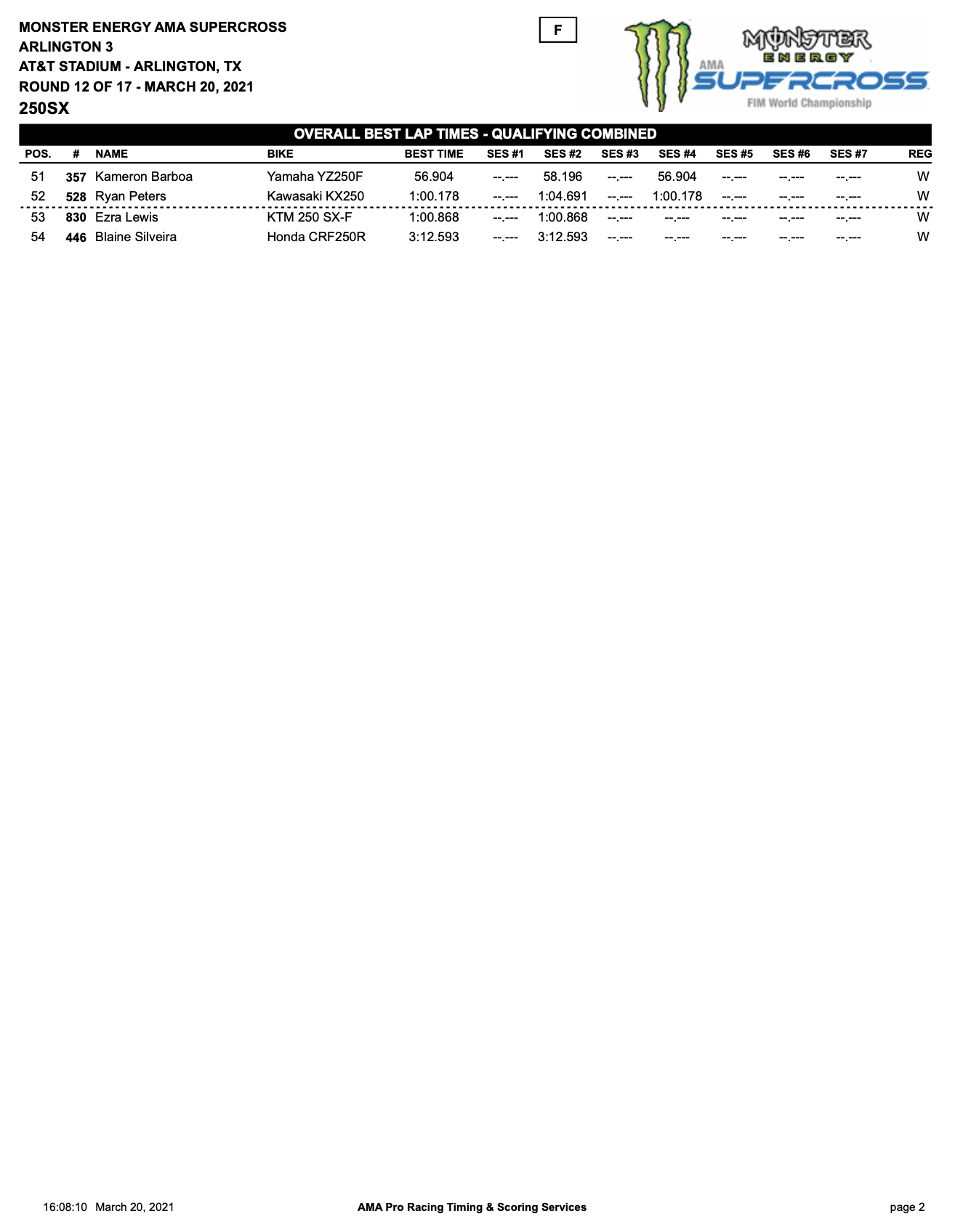 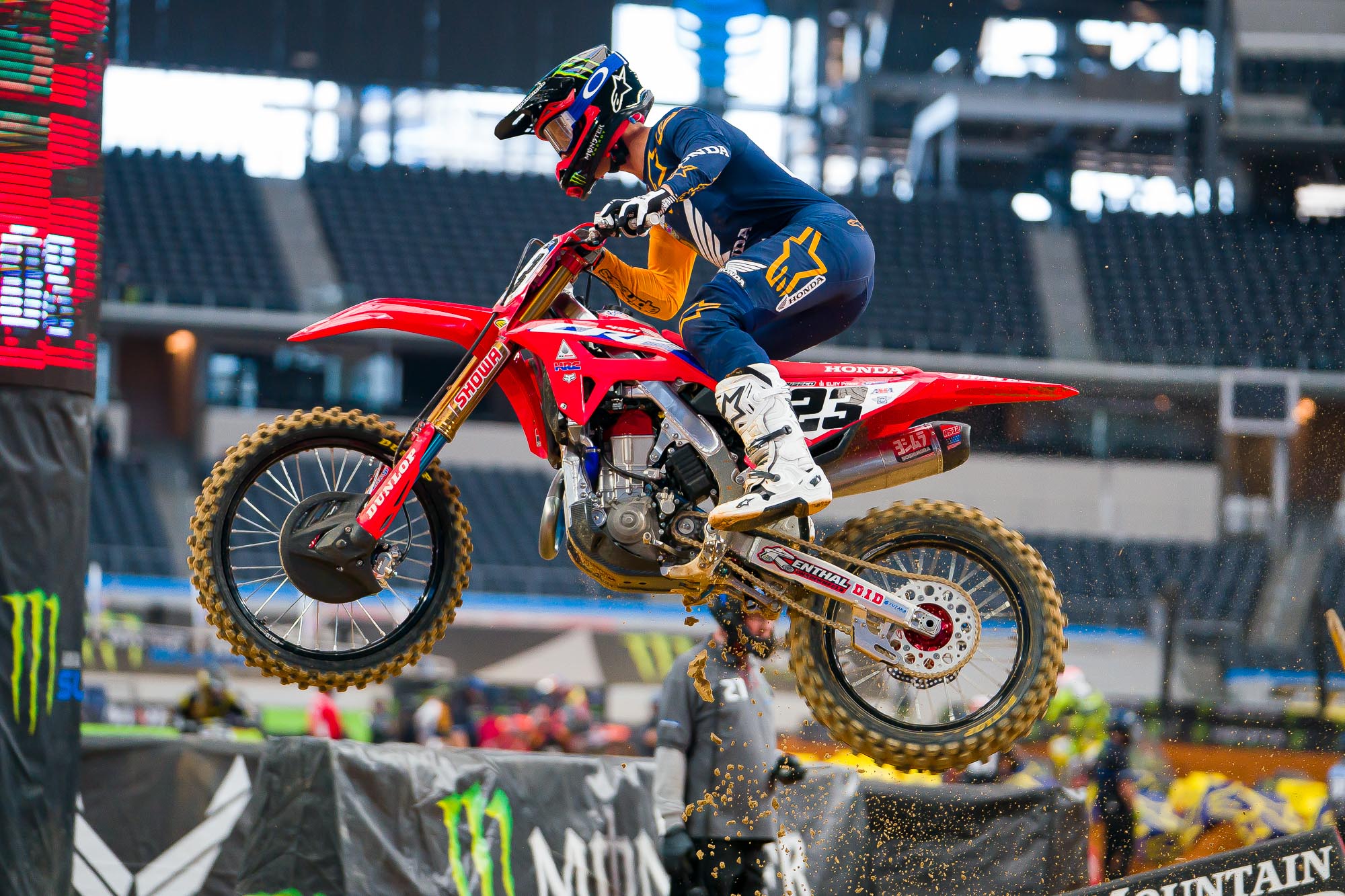 Chase Sexton has spent the last few rounds getting up to speed from his shoulder injury. It looks like things are all good did the Team Honda HRC rider, because he was the fastest rider in the entire field after a 48.143 time.

Eli Tomac was second overall, thanks to a 48.218 by the Monster Energy Kawasaki rider in the final session.

Ken Roczen set the pace at the start of the day. The Team Honda HRC rider was the first to put in 48-second lap (the only rider to do so in the first session) but others soon found faster lines, and Roczen’s 48.328 put him third overall.

Dean Wilson has improved over the last few weeks and with a 48.340, was fourth overall in the 450 Class.

Incoming championship leader Cooper Webb was fifth in the field. The Red Bull KTM rider’s best time was a 48.371, which will put him a stacked Heat Race against Sexton and Roczen. 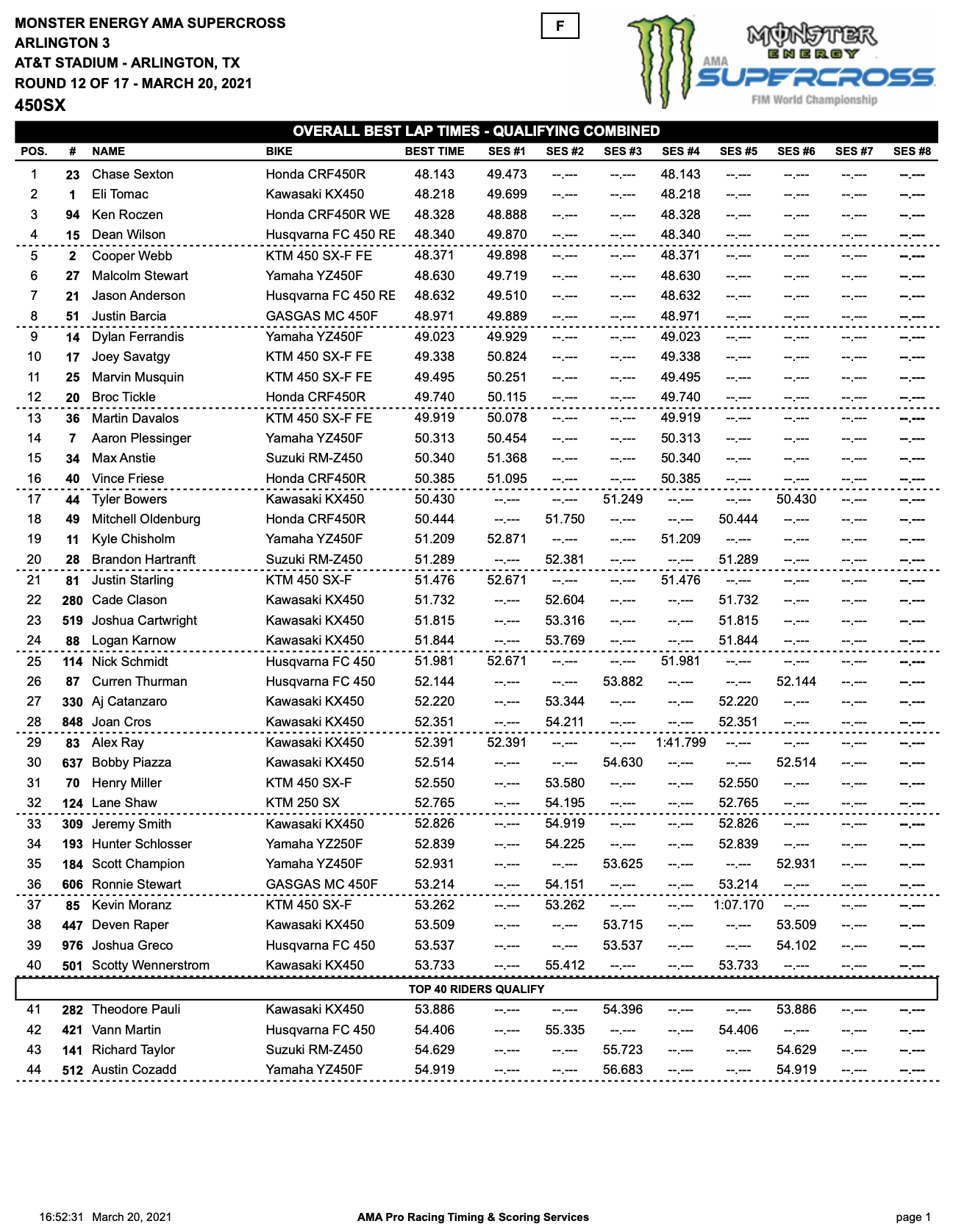