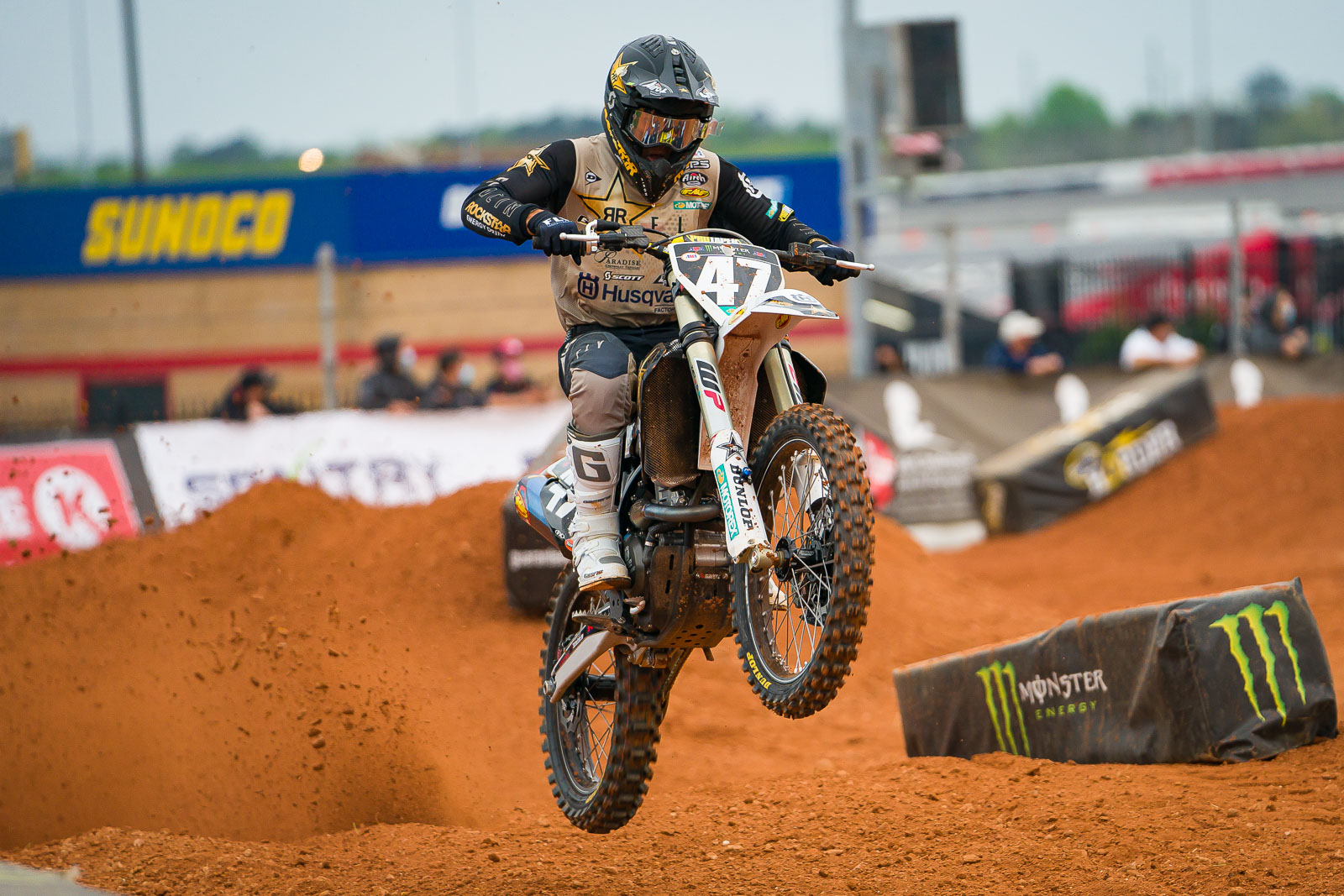 Saturday’s sloppy Supercross was fun and all, but we’re ready to see the top talent in the 2021 Monster Energy Supercross Series go at it on a dry track. Riders will return to Atlanta Motor Speedway on Tuesday morning for the 2021 Atlanta Two Supercross, the second race in four days and the fourteenth round of the championship tour. Tuesday’s forecasts call for clear skies and warm temperatures, so rain and mud won’t be a factor in the outcome of the 250 West Coast Region or 450 Class Main Events.

Have a look at the provisional entry list, a known injury report, track map, and schedule for the weekday event. 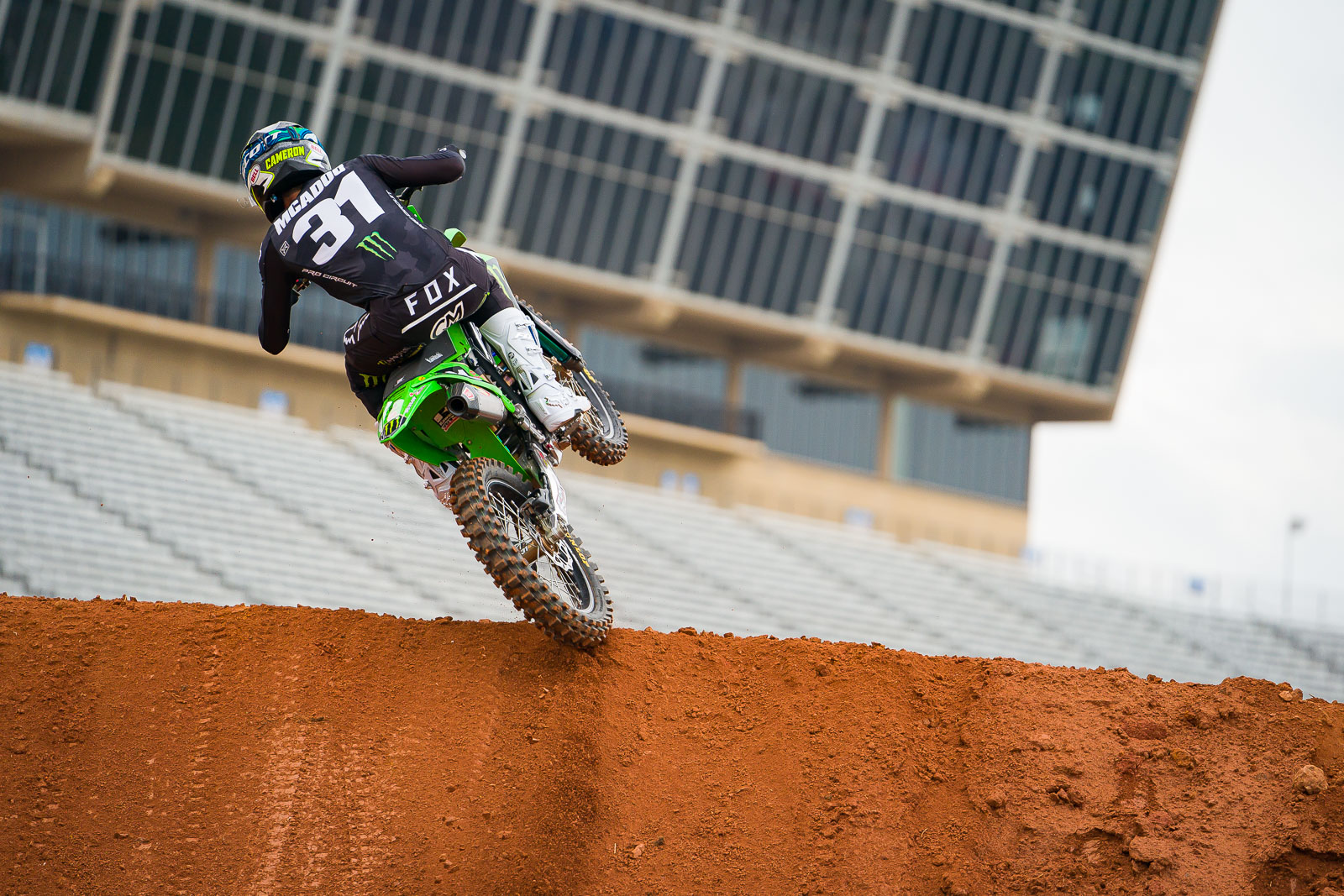 33. Derek Drake | After missing the first part of the year due to a broken femur, the BARX/Chaparral/ECSTAR/Suzuki rider has started his season in Atlanta.

45. Pierce Brown | The Troy Lee Designs/Red Bull/GASGAS Factory Racing rider is back in action after missing multiple races with a hand and thumb injury.

67. Stilez Robertson | The Rockstar Energy Husqvarna Factory Racing rider missed multiple races in Arlington due to a foot injury, but is good to go for the Atlanta races.

90. Dilan Schwartz | The BARX/Chaparral/ECSTAR/Suzuki rider sat out the Texas events, but has returned to action in Atlanta.

137. Sean Cantrell | The BARX Motorsports/Chaparral/ECSTAR/Suzuki rider returned to action in Atlanta; he missed much of the season due to a broken collarbone at the opening round.

6. Jeremy Martin | The Monster Energy/Star Racing/Yamaha rider is absent from the lineup after dislocating his shoulder at the opening round. Martin is already back on the bike, but will sit out the rest of SX in order to prep for the summer’s Nationals.

26. Alex Martin | The Manluk/Rock River Yamaha/Merge Racing rider will miss the Atlanta races due to a wrist injury.

53. Jake Masterpool | The Supercross rookie will sit out Atlanta Two after a number of crashes took a toll on his body.

61. Joey Crown | The CLUBMX rider suffered a concussion at Daytona. He is back on the bike, but will not return for Supercross this season. Crown aims to return for the summer’s Nationals.

63. Martin Castelo | The JMC Motorsports Husqvarna rider is dealing with an ongoing issue in his hand (fractured bone, ligament damage) that will require surgery. After a crash at Daytona, Castelo has decided to undergo the procedure and miss the rest of the season.

66. Jordan Bailey | The Florida racer will sit out the remainder of the Supercross season due to a crash and shoulder injury at Arlington Two.

80. Jordon Smith | The Monster Energy/Pro Circuit/Kawasaki rider will sit out the remainder of the Supercross season due to a crash and shoulder injury at Arlington Three.

92. Chase Marquier | The PRMX Racing rider broke his arm and suffered a concussion during practice at Atlanta ONe and will miss the remainder of the Supercross season.

93. Hardy Munoz | The Nuclear Blast/Team Solitaire/Yamaha rider is out for Atlanta Two.

259. Corbin Hayes | The TPJ rider tore a ligament in his thumb during the Arlington races and will miss upcoming races.

300. Casey Keast | The Canadian privateer was the victim of a serious car crash after Arlington; although he was uninjured, his motorcycles were destroyed.

815. Colton Eigenmann | The Florida racer tore his ACL and meniscus during the Arlington races and will sit out the rest of the Supercross season. 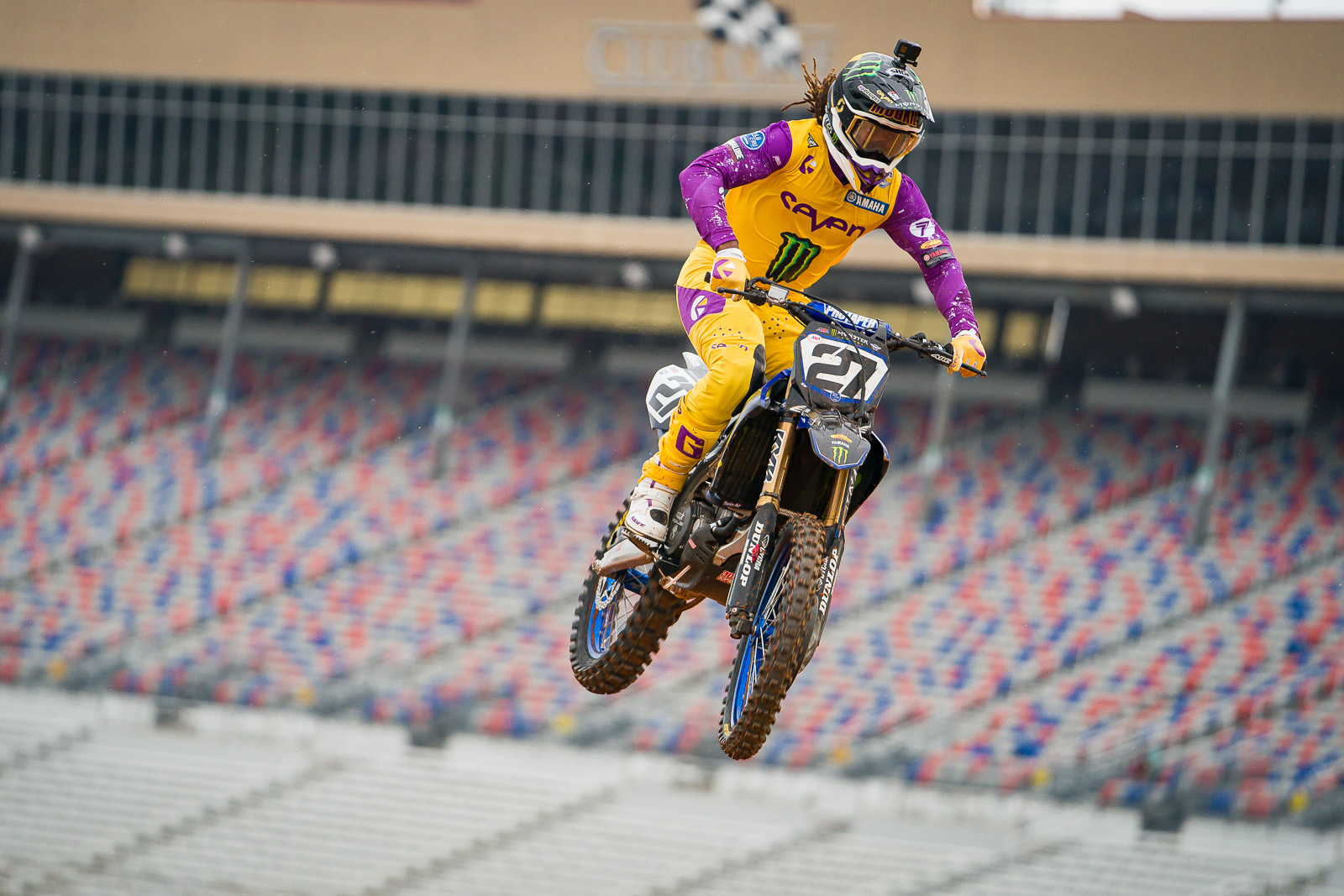 34. Max Anstie | The Twisted Tea/HEP Motorsports/Suzuki rider had a hard crash on Saturday with Vince Friese, but has been deemed fit to race and plans to race on Tuesday.

37. Benny Bloss | The Smartop/Bullfrog Spas/MotoConcepts/Honda rider aggravated an ongoing injury during practice on Saturday and is uncertain for Tuesday. He and the team will make a decision on race day.

51. Justin Barcia | The Troy Lee Designs/Red Bull/GASGAS Factory Racing rider got stitches in his face after a crash at Atlanta One, but is good to go for Tuesday’s race.

84. Josh Hill | The do-it-all rider will line up for three rounds of Supercross with support from Monster Energy, Mountain Motorsports, Fox Racing, and other sponsors.

722. Adam Enticknap | The Twisted Tea/HEP Motorsports/Suzuki rider will return to action in Atlanta after missing multiple races due to a broken collarbone.

19. Justin Bogle | The Rocky Mountain ATV-MC/WPS/KTM has an assortment of shoulder injuries from a hard crash at Arlington Three and is out for Tuesday’s race.

28. Brandon Hartranft | The Twisted Tea/HEP Motorsports/Suzuki rider will miss Atlanta Two due to a recent injury.

40. Vince Friese | The SmarTop/Bullfrog Spas/MotoConcepts/Honda rider will sit out the rest of the time in Atlanta due to a hard crash at Atlanta One. 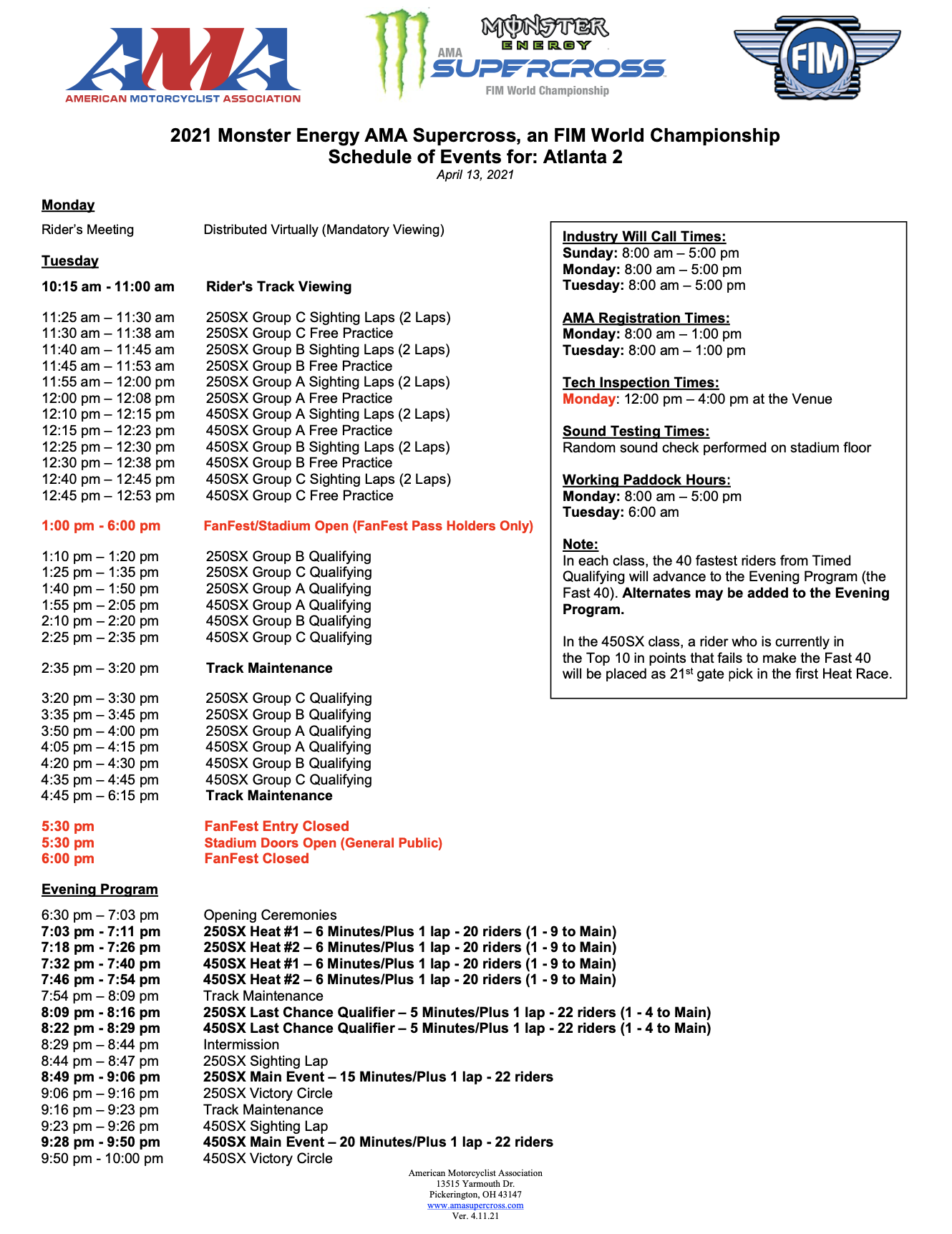 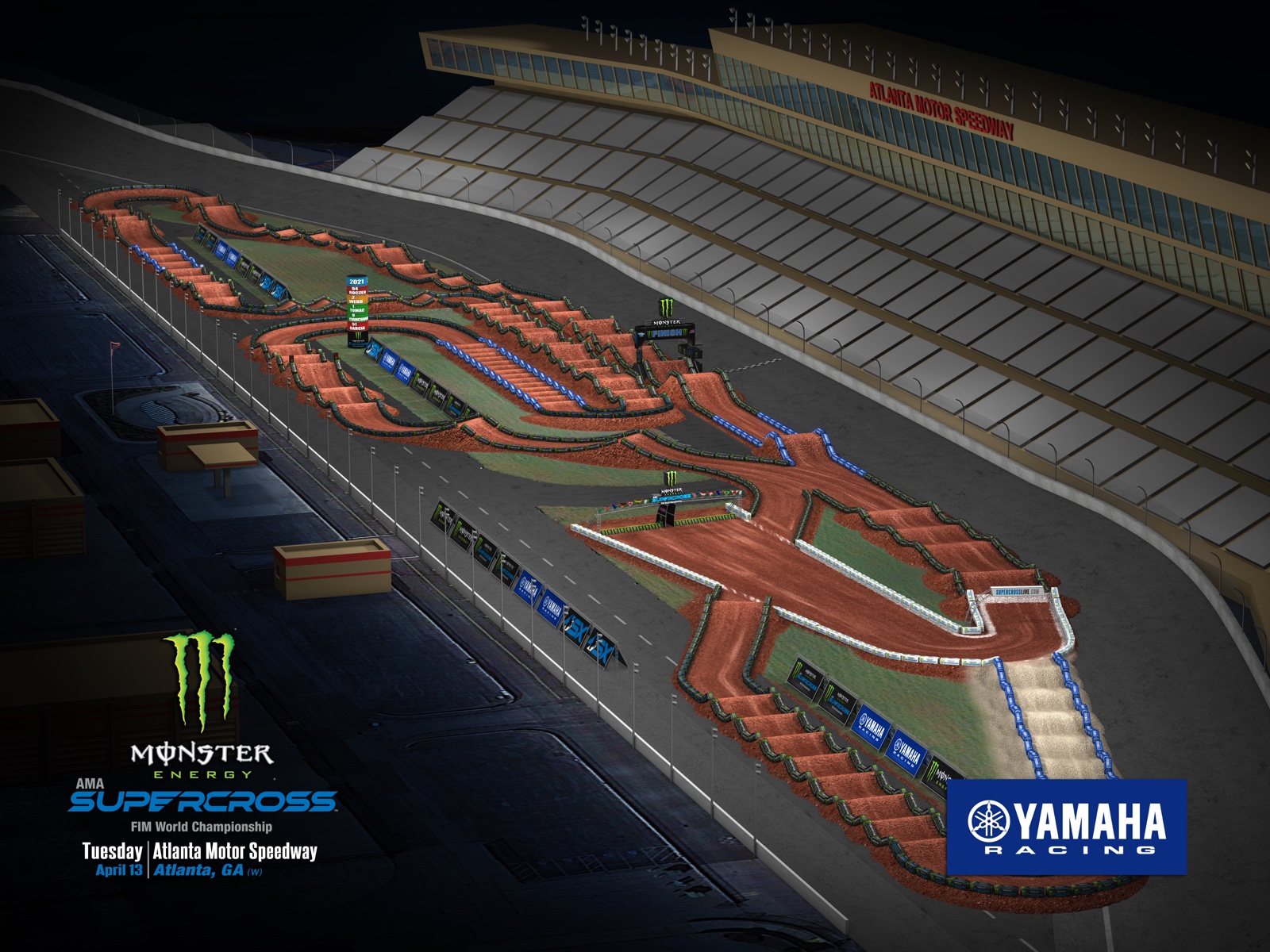 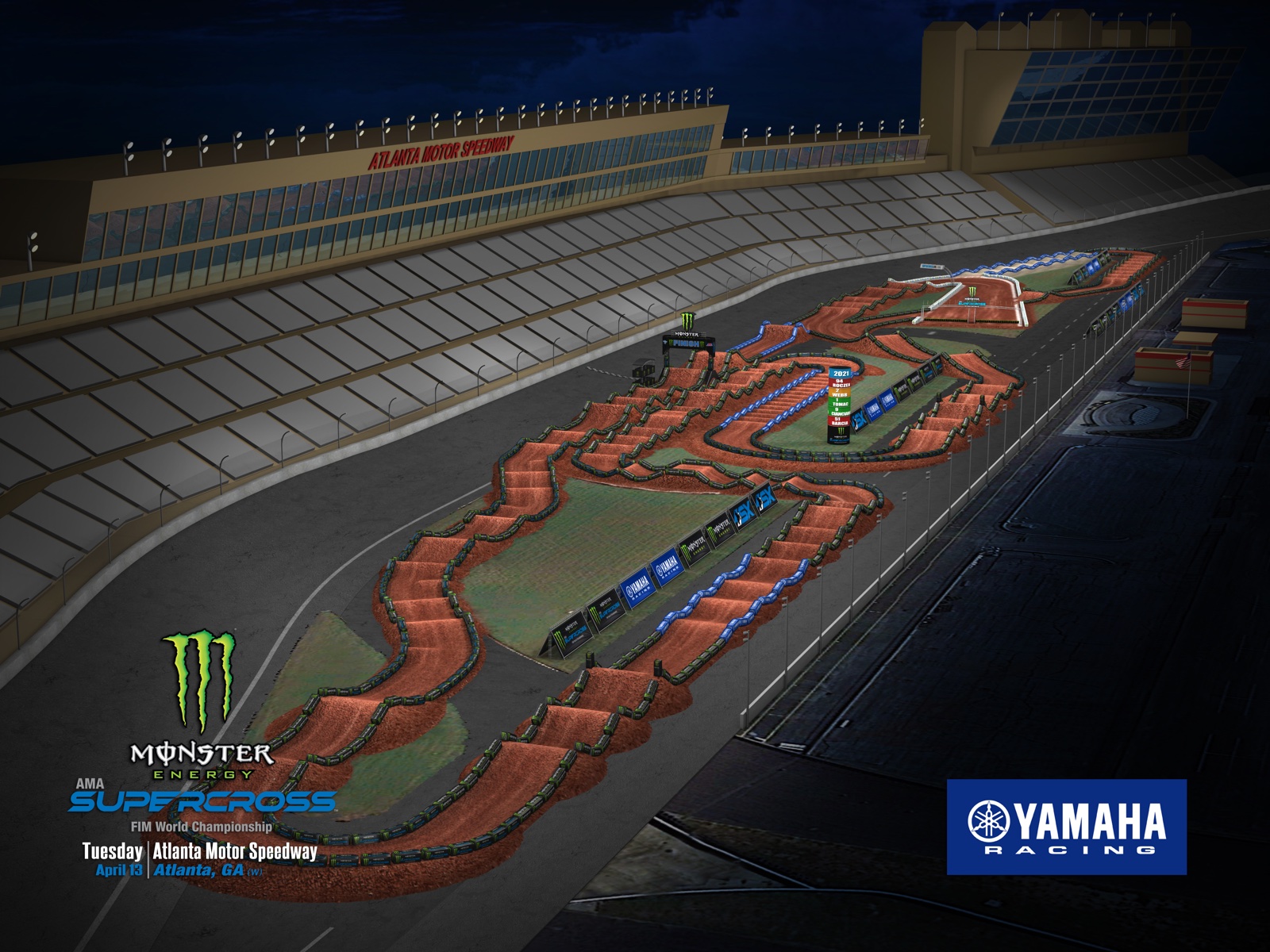 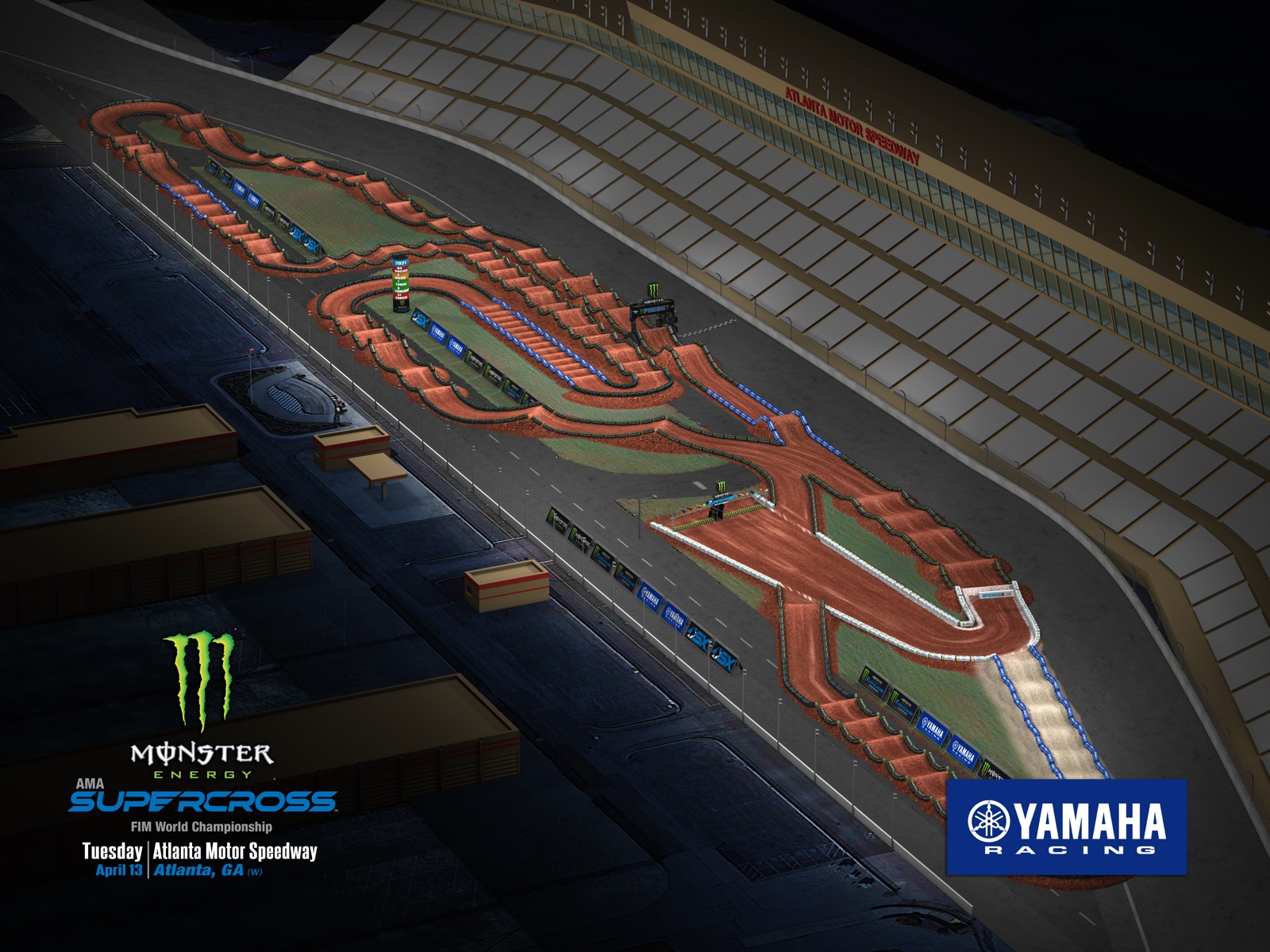 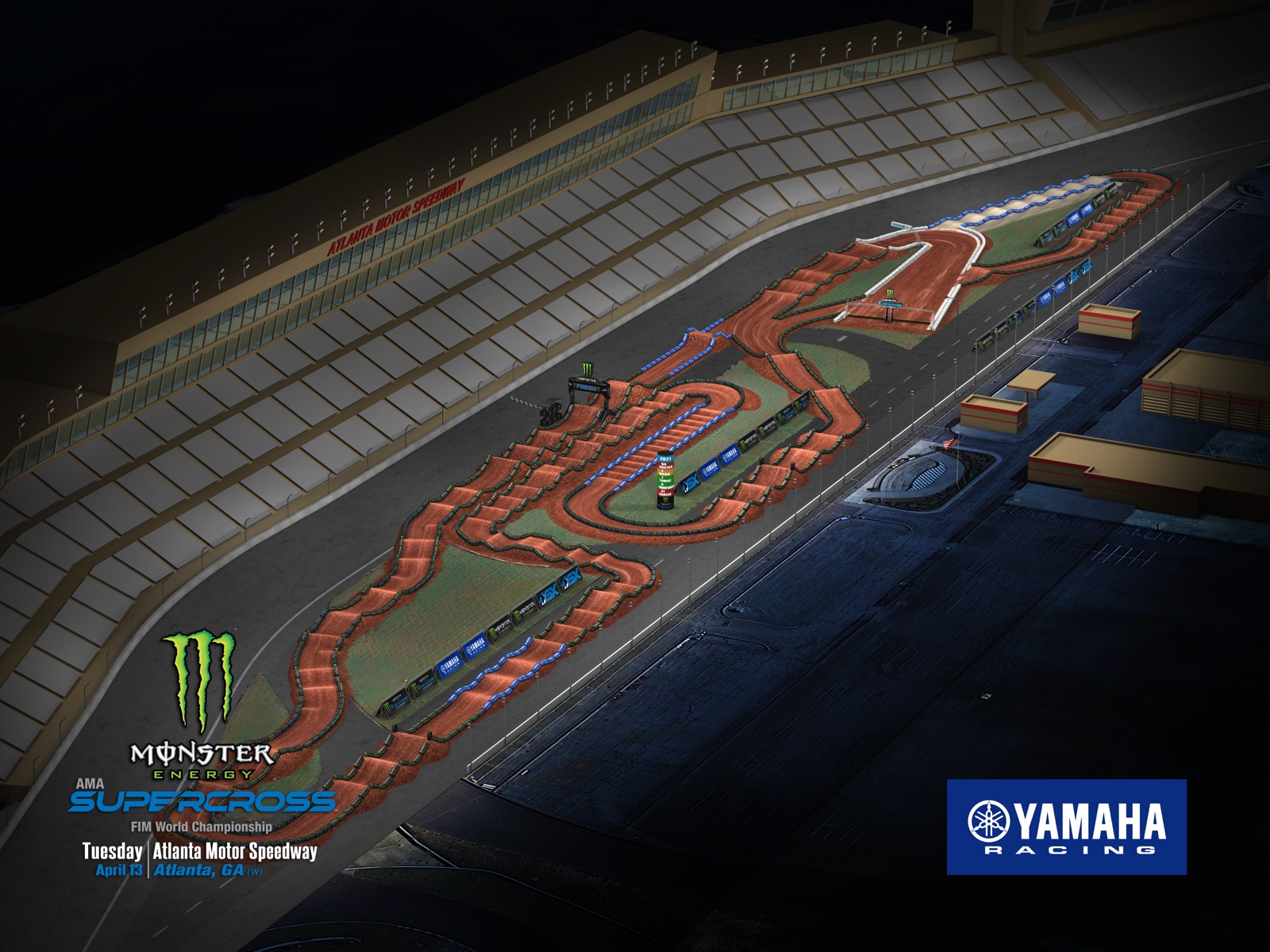