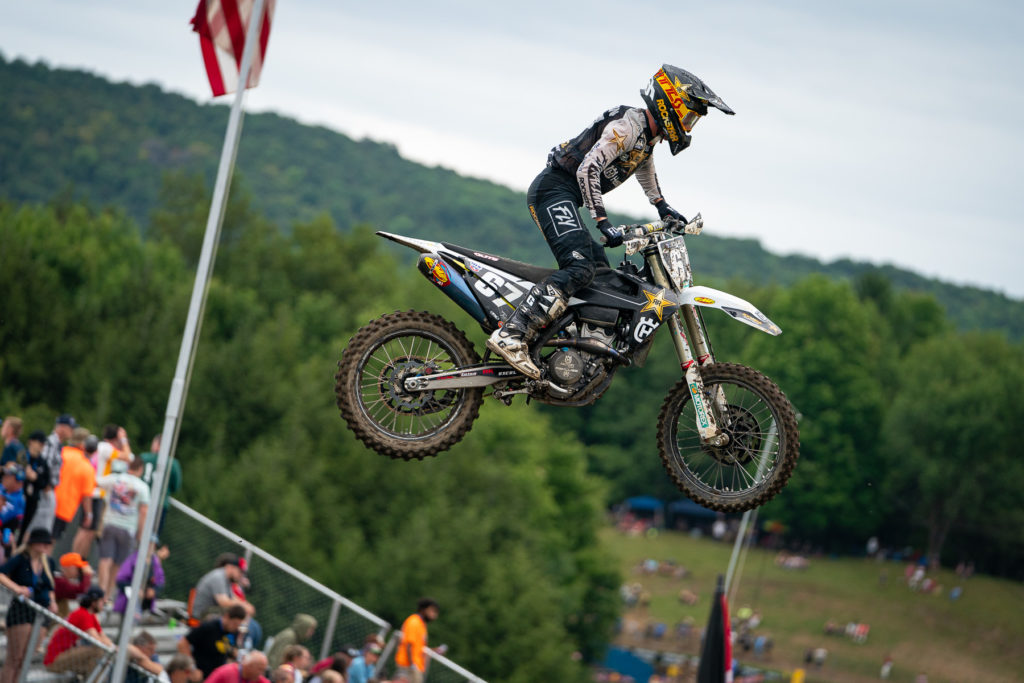 We’re in that time of the 2021 Lucas Oil Pro Motocross Championship when the title fights are really close, there are only a handful of gatedrops left, and anything could happen. All of that has built excitement for the 2021 Budds Creek Motocross, round nine of the summer series and the last event on the “East Coast.”

Scroll down for the entry list and injury report for Budds Creek.

6. Jeremy Martin | The Monster Energy/Star Racing/Yamaha rider missed multiple Motos due to wrist and hand injuries but hurried his recovery and returned to action. Back-to-back overall victories at Spring Creek and Washougal pushed Martin up to fourth in the championship standings; he trails leader Justin Cooper by 44 points.

18. Jett Lawrence | The Team Honda HRC rider is second in the championship standings; his overall win at Unadilla closed the gap to leader Justin Cooper down to four points.

24. RJ Hampshire | The Rockstar Energy Husqvarna Factory rider crash and suffered an avulsion fracture to the area around his thumb at RedBud, an issue that he cited as a reason for a string of issues midway through the season. Hampshire has continued to race despite the injury, underwent a check-up during the time off, and will finish out the season.

30. Jo Shimoda | The Monster Energy/Pro Circuit/Kawasaki rider DNF’d 250 Moto Two at Unadilla after contact with a track marker injured his left hand, but he is back for Budds Creek.

32. Justin Cooper | The Monster Energy/Star Racing/Yamaha rider took the lead in the championship standings before the two-week break. Cooper has an eight-point advantage over Jett Lawrence, 43-points over Hunter Lawrence, and 44-points over Martin with eight Motos left in the season.

41. Hunter Lawrence | The Team Honda HRC rider has held third in the championship
standings for much of the season thanks to consistent results and the overall win at Southwick; he trails leader Justin Cooper by 43 points.

33. Derek Drake | The BarX/Chaparral/ECSTAR/Suzuki rider will undergo surgery to repair a lifelong heart condition and miss the remainder of 2021.

42. Michael Mosiman | The Troy Lee Designs/Red Bull/GASGAS Factory Racing rider is out for Budds Creek because of injuries from a recent practice crash. Mosiman and the team are hopefully he will return before the end of the season.

64. Colt Nichols | The Monster Energy/Star Racing/Yamaha rider injured his shoulder during 250 Moto Two at Washougal and will sit out Budds Creek.

67. Stilez Robertson | The Rockstar Energy Husqvarna Factory Racing rider has dealt with a lingering knee issue all summer and sat out Washougal due to an illness. He raced 250 Moto One at Unadilla, withdrew from 250 Moto Two, and is absent from the pre-entry list for Budds Creek.

73. Derek Kelley | The TPJ-backed rider suffered a concussion at Unadilla and is out for Budds Creek.

220. Ramyller Alves | The privateer racer dislocated his shoulder at Unadilla and is out for Budds Creek.

557. Kailub Russell | The eight-time GNCC champion has ended his run in the 250 Class with Red Bull KTM.

3. Eli Tomac | The Monster Energy Kawasaki rider is third in the championship standings; he trails leader Ferrandis by 62 points.

7. Aaron Plessinger | The Monster Energy/Star Racing/Yamaha rider had a wild loop-out at Unadilla and was sent to a local hospital after he coughed up blood. Plessinger was discharged with a bruised liver and bruised lung but expects to race Budds Creek.

19. Justin Bogle | The Rocky Mountain ATV-MC/WPS/KTM rider said that he was struggling with endurance and energy midway through the summer, an issue he hoped to learn more about and resolve during the break. At Unadilla he told us it’s worse than it was in 2019, but that he is working to manage it.

94. Ken Roczen | The Team Honda HRC rider is second in the championship standings; he trails leader Ferrandis by 39 points.

21. Jason Anderson | The Rockstar Energy Husqvarna Factory Racing rider suffered a broken hand and busted teeth after a mechanical issue caused a practice crash. He will miss a handful of races but is expected to be back at Budds Creek.

51. Justin Barcia | The Troy Lee Designs/Red Bull/GASGAS Factory Racing rider is out for Unadilla because of injuries from a recent practice crash. Barcia and the team are hopefully he will return before the end of the season.

464. Dominique Thury | | The CLUBMX Yamaha rider tore his bicep at Unadilla and is done for the summer. 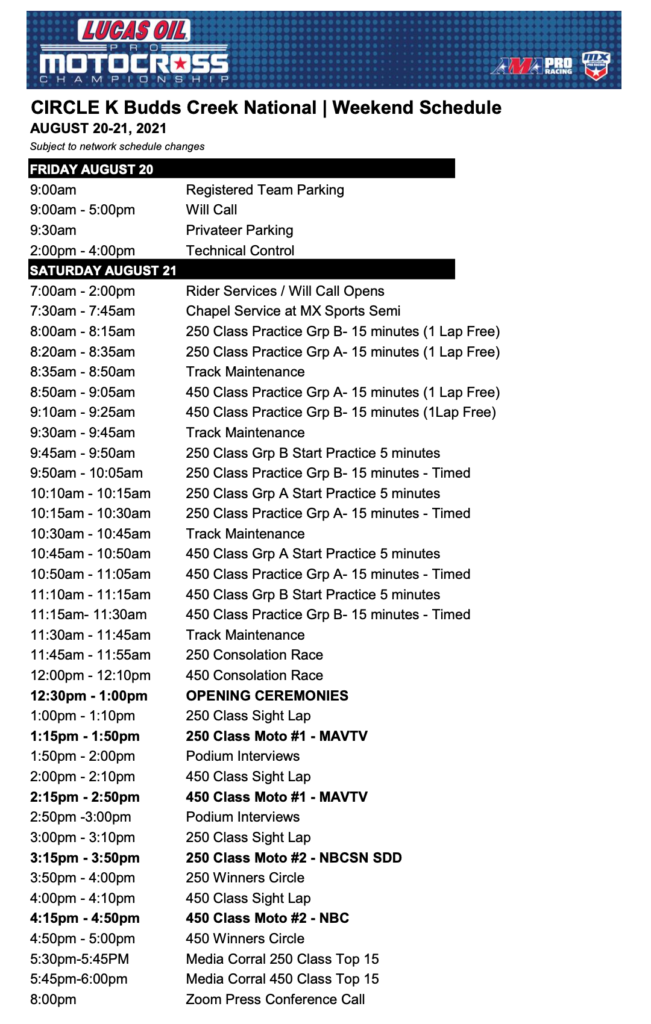