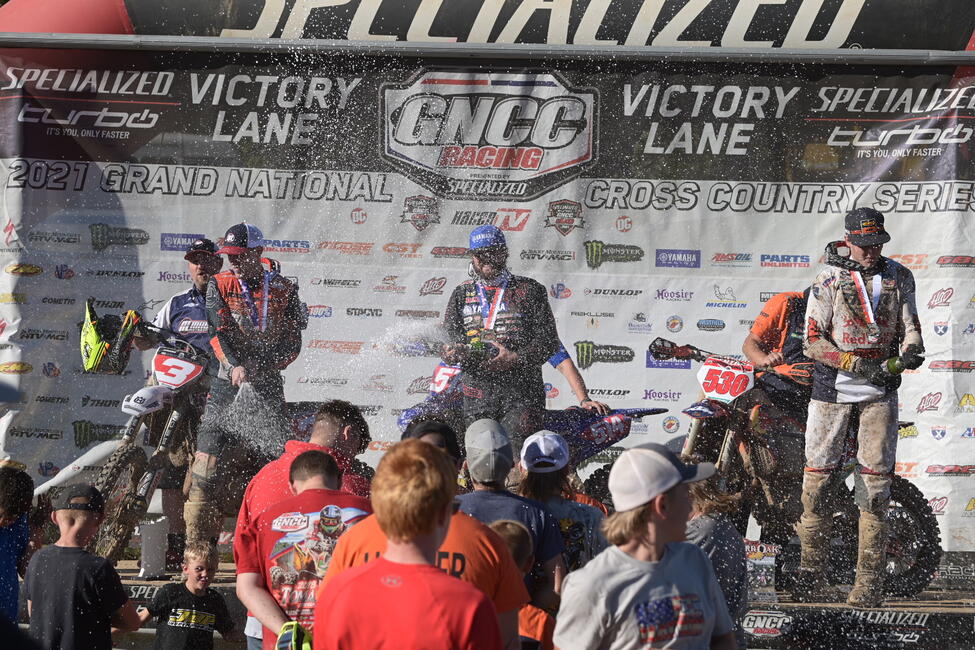 Round eleven of the 2021 Grand National Cross Country Series brought big changes to the hierarchy of the East Coast off-road series, and after three hours of racing in Ohio, the top riders are split by a single point.

The race started with Rockstar Energy Factory Husqvarna Racing’s Trevor Bollinger snagging the holeshot and Magna1 Motorsports/Husqvarna’s Jordan Ashburn getting into the lead moments, early pushes that set the stage for an eventful ending.

Ashburn maintained the top spot for three runs around the Millfield property as FMF/KTM Factory Racing’s Ben Kelley and AmPro Yamaha’s Steward Baylor worked their way through the pack and toward the top positions. Kelley managed to get around Ashburn on lap four, around the same time that Baylor passed his way into third place and worked to close the gap between the front-runners.

The race, once again, came down to a thrilling exchange of passes and points exchanged as the lead trio of Kelley-Ashburn-Baylor split by roughly 12-seconds when they went into the woods for the final 37-minute-plus loop. First came a run-in with a log and trees by Kelley, a typical GNCC crash that snapped the shifter off of the KTM and hindered his riding at a critical moment. Baylor, meanwhile, put in one of his best laps of the day to get by Ashburn, go after Kelley, make the pass, and run off to the win. This outcome changed the championship standings, and for the first time this season, Baylor is ahead by a single point. 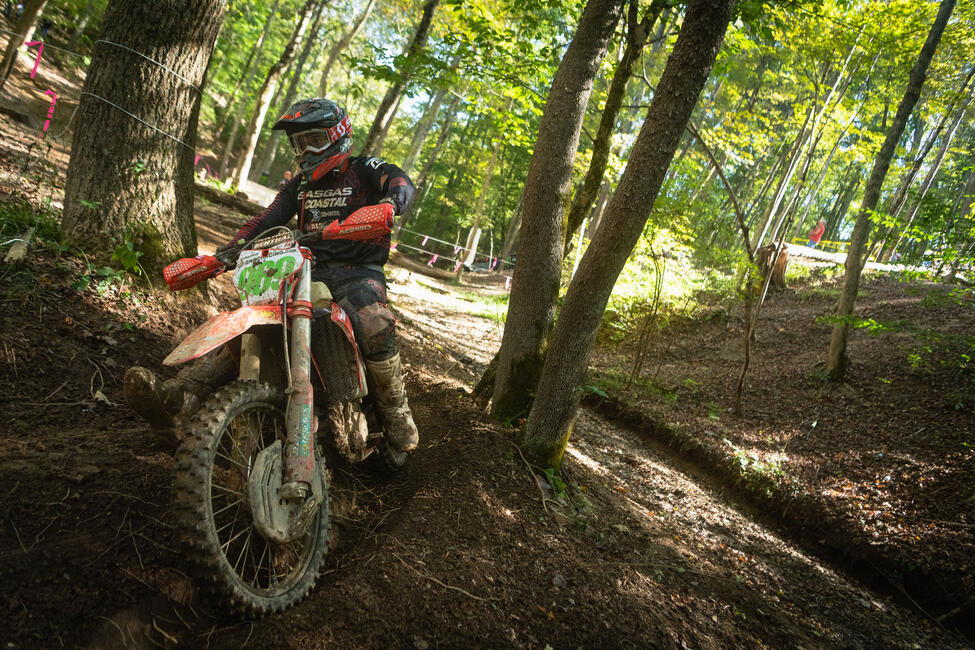 Jonathan Girroir continued his run at the front and extended his lead in the XC2 division. The Coastal GASGAS Factory Racing rider got around holeshot-winner Beta USA’s Thorn Devlin on the opening lap and set the tone through the first part of the race. AmPro Yamaha’s Mike Witkowski managed to latch onto Girroir’s rear wheel and even got into the lead at the halfway point, but Girroir got back around a few moments later, pulled clear, and went on to record his eighth win of the season.