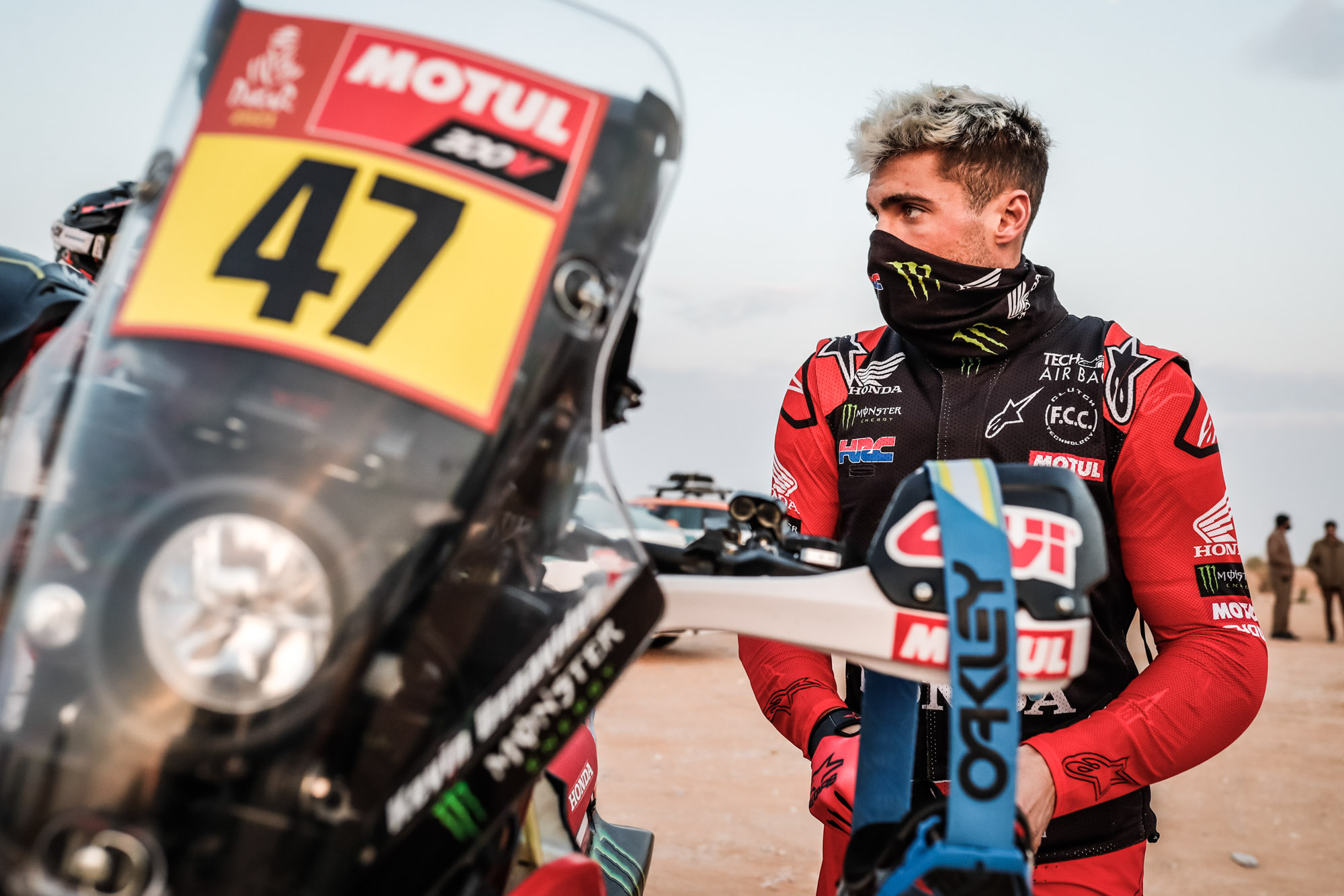 The challenges of the 2021 Dakar Rally continue. After completing the longest and fastest leg of the trek, competitors faced what’s expected to be the most technical and treacherous terrain of all during Stage Five. Riders struggled to get their motorcycles through the rock-strewn hillsides in the early part of the day and then went flat-out over the ever-changing sand dunes, terrains that made the 456-kilometer route very difficult to navigate.

Being among the first riders sent out for a Stage of this year’s Dakar is a massive disadvantage. Joan Barreda proved that once again on Thursday when the Monster Energy Honda Team rider got out of sorts early in the mountains and again in the more open areas, which put him 17th on the day and ninth overall.

Ricky Brabec deployed a “lay back” strategy in Stage Four to keep away from the lead group (remember, it’s a race against the clock), but his navigation issues in Stage Five were made worse by the equally-lost riders around him. His quote for the Monster Energy Honda Team press release makes it sound like his championship defense is shirking, as he said, “It was just a big catastrophe out there. We lost a lot of time and I didn’t really know what to do. I was thinking, ‘This is it. I just ruined the Dakar’. I feel like maybe the dream has crashed, but there’s still a lot of racing to do. Hopefully, something will turn around and go in our favour. Now we don’t really know what will happen.” Brabec is now 14th overall and trails the lead group by 25-minutes.

It wasn’t all bad for the Monster Energy Honda Team, though, because Kevin Benavides and José Ignacio Cornejo went 1-2 in the day’s Stage and advanced further up the overall running order. Benavides’ win was especially impressive because a big crash late in the day left him with a broken nose and busted GPS unit; he now leads in General Timing by two and a half minutes. Cornejo’s near-flawless path through the mountains helped him make up a lot of time, something few could do in Stage Five, and he is now third overall.

Toby Price is one of the few that has figured out the trick to consistent finishes in this year’s race. The Red Bull KTM Rally rider had the same problems with his guidebook as the others, but he quickly overcame them and pushed the pace later to finish third in the Stage and move to fourth overall.