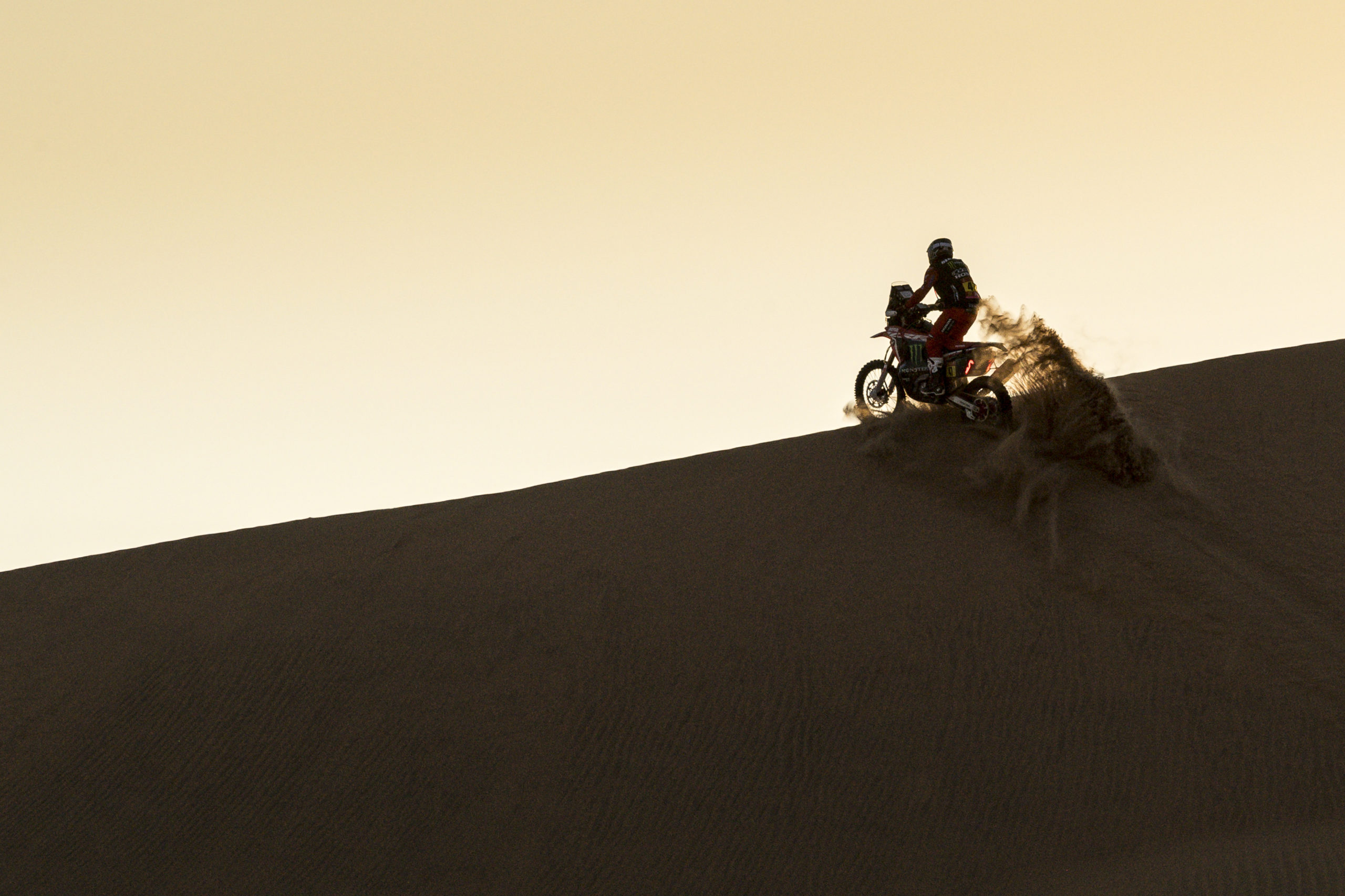 Stage Two of the 2021 Dakar Rally took competitors deeper into Saudi Arabia and the 685 kilometer trip from Bisha to Wadi Ad-Dawasir featured sand dunes, fast trails, and canyons that challenged riders and their equipment. Anything can happen over the next two weeks, so riders know they must be quick, consistent, and somewhat cautious during the early stages to have a chance at the overall win.

Being the first competitor on the route is a gift and a curse. The clear path gives riders the chance to open up the throttle but higher odds of getting disoriented in the navigation or running through tricky terrain. Ricky Brabec’s issues in Stage One are what allowed Toby Price the opportunity to take the lead, but Price was struck by similar problems while traversing the dunes and a fueling issue in Stage Two. This has dropped the Red Bull KTM Rally Factory Team rider from first place to 16th overall.

Riders and teams have openly stated they expect to see big swings in the results during this Dakar Rally, and that’s exactly what happened during the third day of action. Monster Energy Honda Team’s Joan Barreda started Stage Two in 20th place and immediately went on the attack, a plan that caught others in the field off guard in the dunes and let him make up a substantial amount of time. Barreda’s big ride resulted in the day’s win, the 25th Stage victory of his career at Dakar, and puts him into the overall lead.

Teammate Ricky Brabec bounced back from the aforementioned Stage One issues and piloted his Monster Energy Honda Team bike to a second-place finish and second overall in the results. It will be interesting to see what strategy the defending champion uses to retain his place near the top of the General Timing results.

Pablo Quintanilla bounced back from a so-so result in Stage One to finish Stage Two in third place, a run that has moved the Rockstar Energy Husqvarna Factory Racing rider up to fourth overall.

It was a mixed day for the Monster Energy Yamaha Rally Team. Ross Branch put in an impressive, problem-free ride that netted him a fourth-place finish on the Stage and propelled him to third overall; he trails Brabec by 14-seconds going into Stage Three. Unfortunately, Andrew Short’s motorcycle experienced a catastrophic mechanical problem midway through Stage Two (believed to be fuel-related) and has forced him to abandon the Dakar Rally.

Mathias Walkner knows his chances at the overall win practically gone after the Red Bull KTM Rally Factory Team bike experienced a clutch issue in the middle of the Stage. Attempts to fix the bike, which included some support from other riders, cost Walkner two and a half hours.