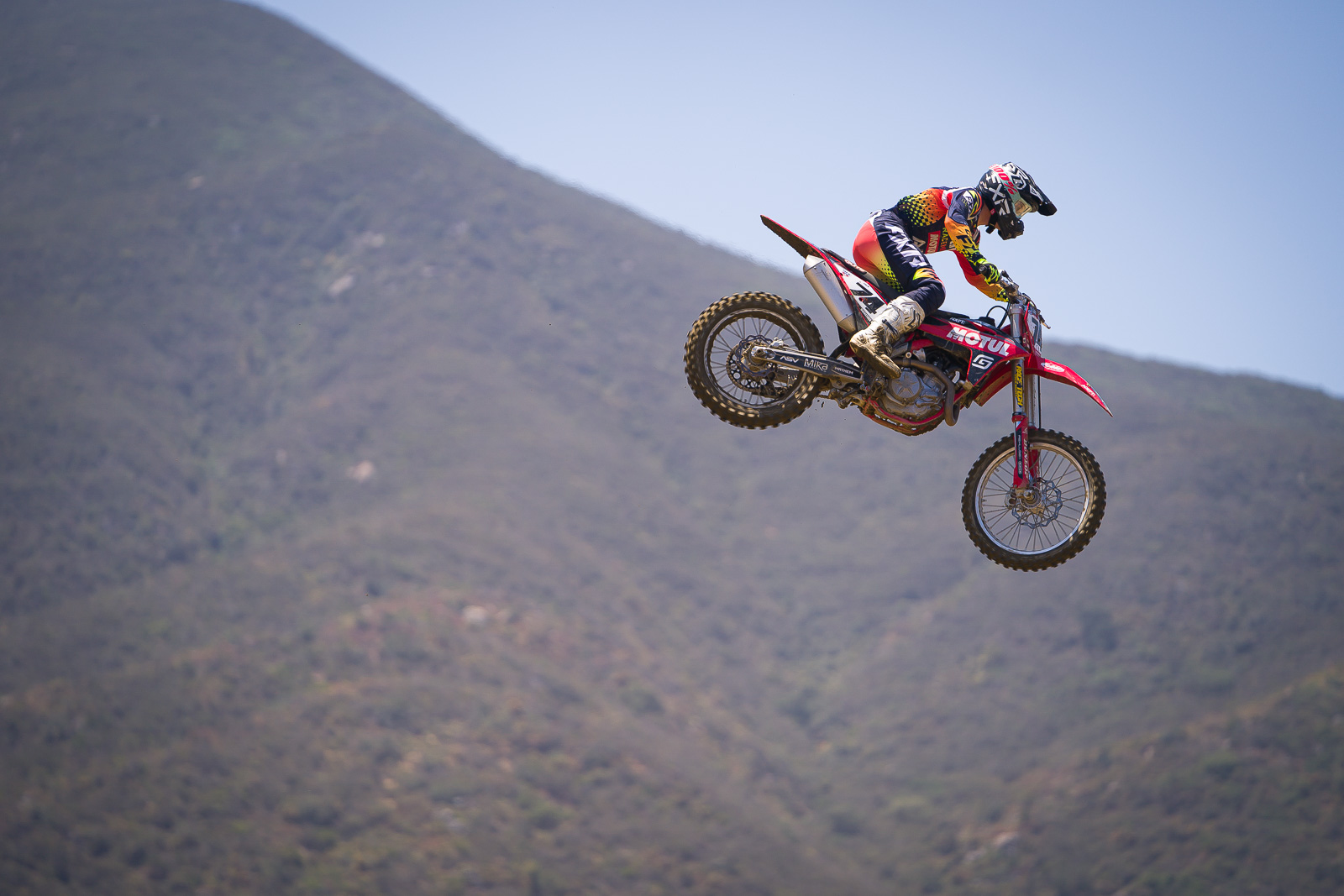 The 2021 Lucas Oil Pro Motocross Championship is officially underway. Riders spent the morning at the 2021 Fox Raceway One Motocross learning the lines of a very fast and familiar track (it’s roughly the same layout as the weekly practice days) ahead of the summer’s first race. As expected, the elite talent put in laps that were split by fractions of a second and further confirmed just how close today’s motos will be. 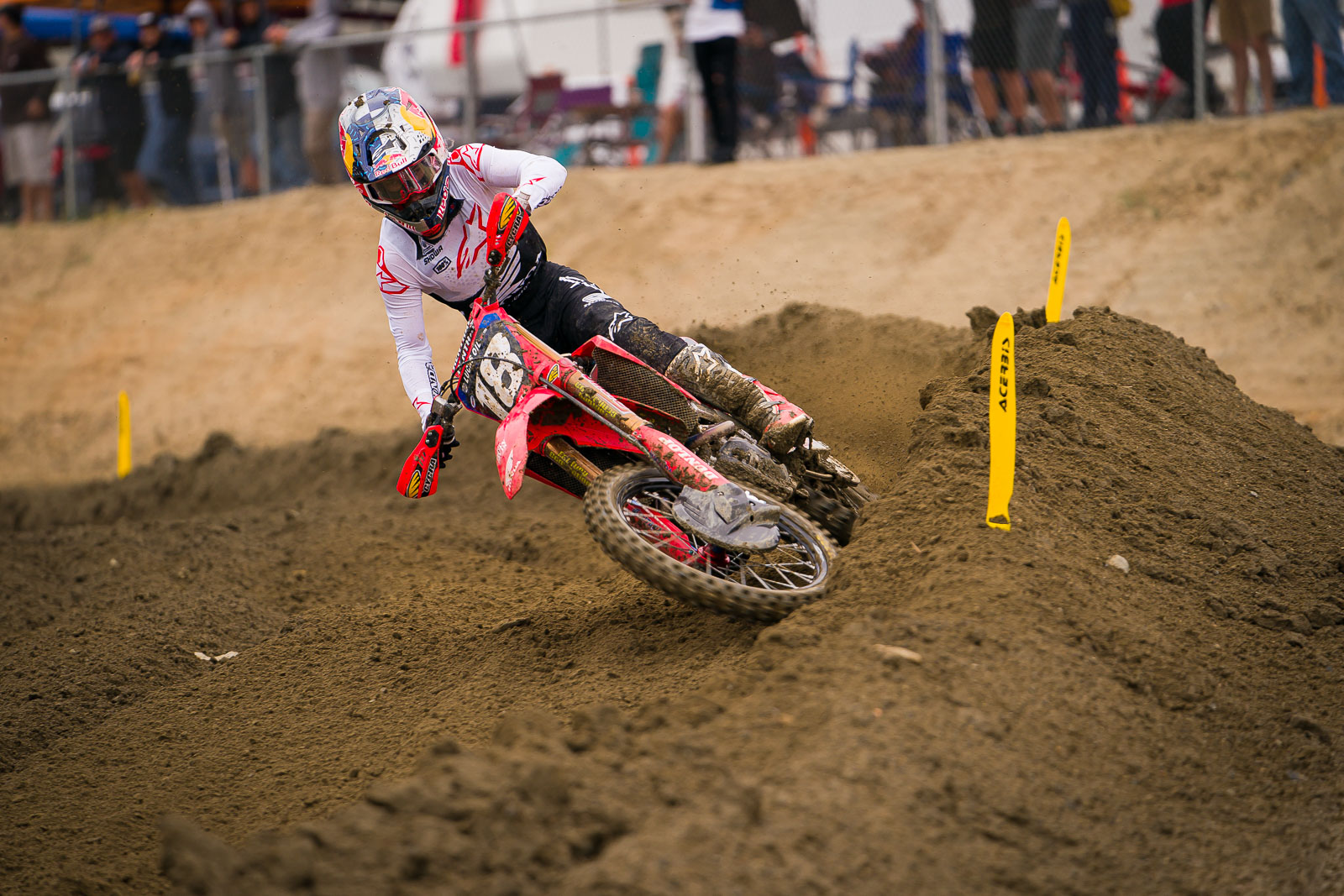 The top four riders in the 250 Class were very close to each other on the timesheets. Team Honda HRC’s Jett Lawrence was the quickest of the small-bore division, thanks to a 2:20.389, while the best laps by Monster Energy/Pro Circuit/Kawasaki’s Austin Forkner, Monster Energy/Star Racing/Yamaha’s Justin Cooper, and Team Honda HRC’s Hunter Lawrence were within a second of the pacesetter. 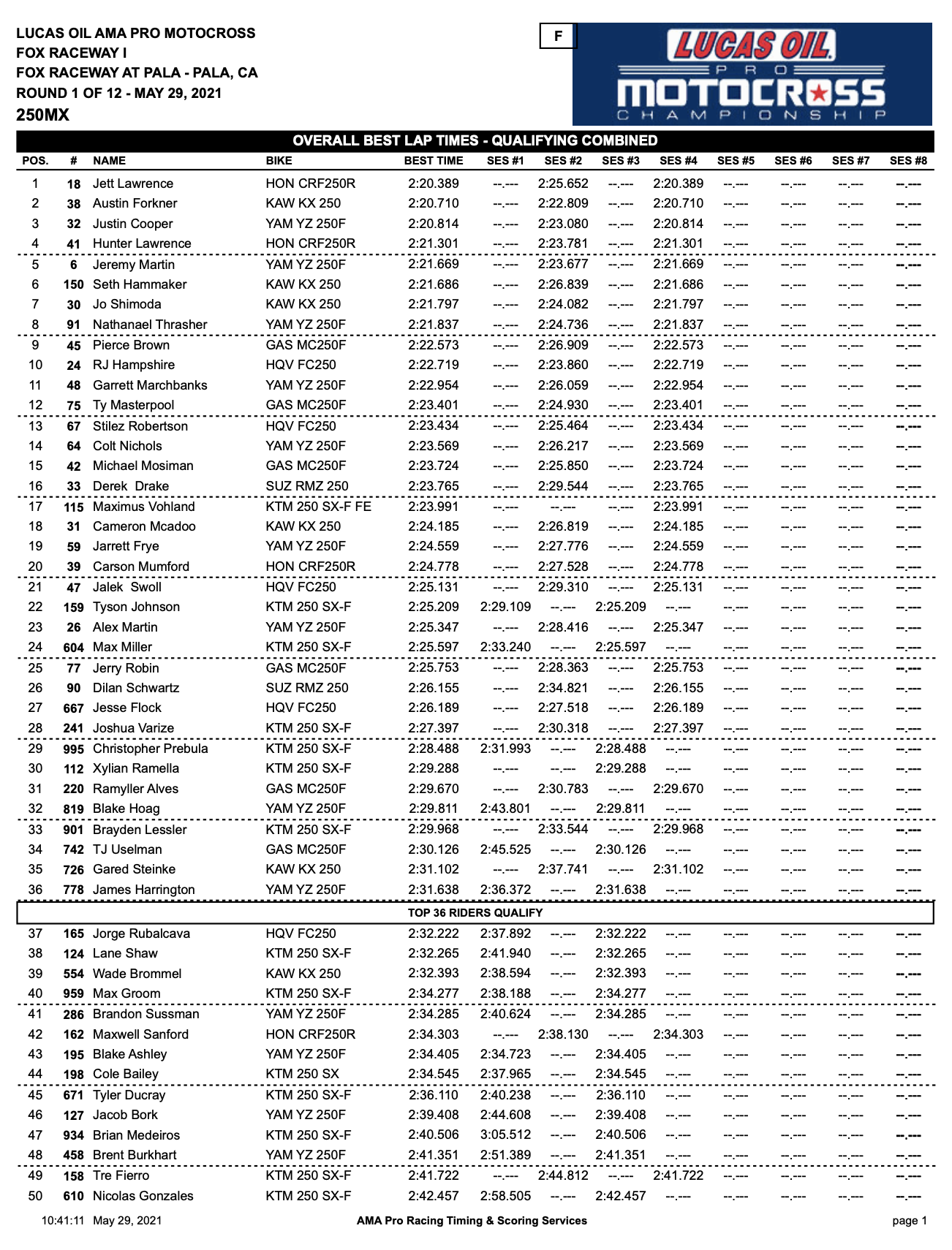 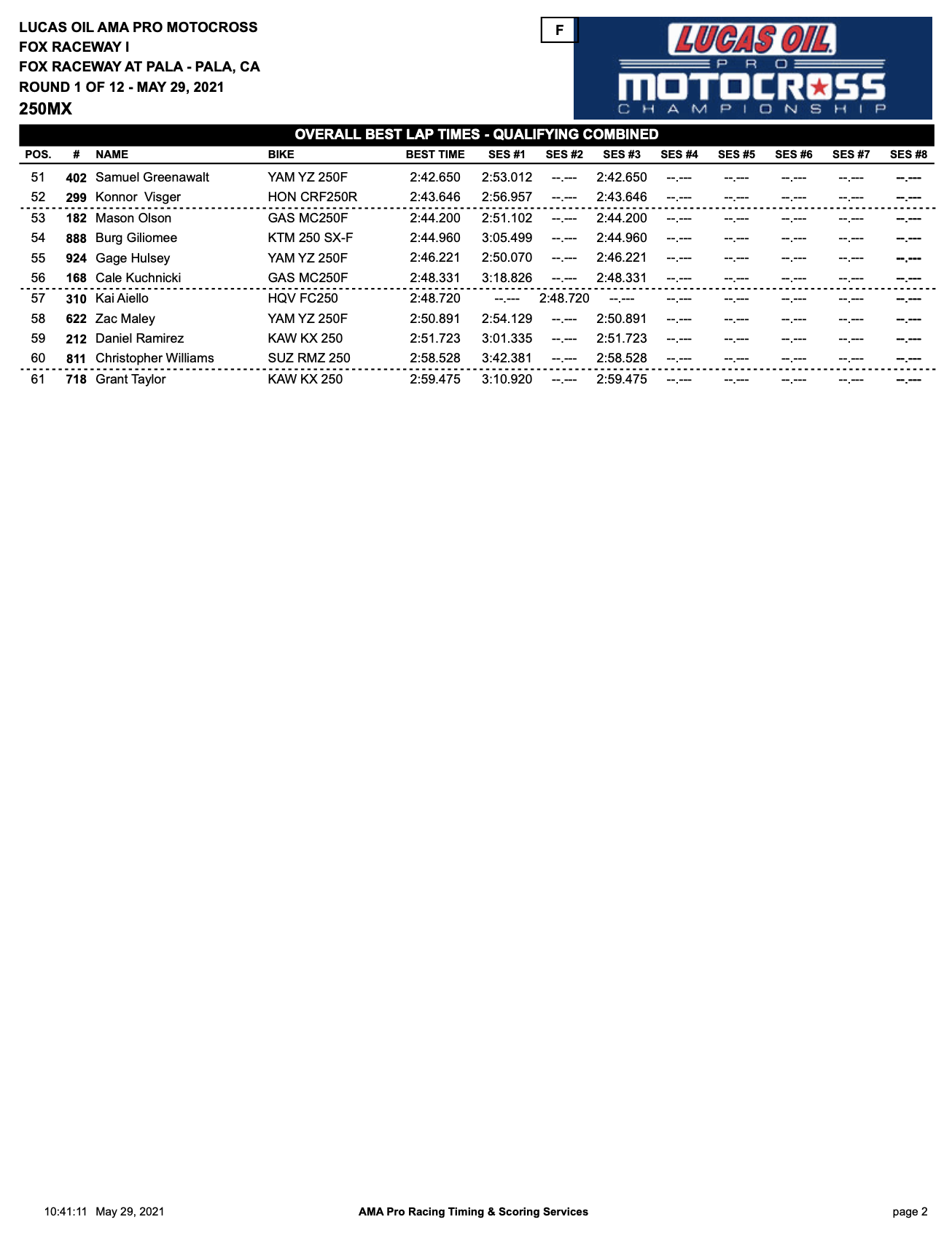 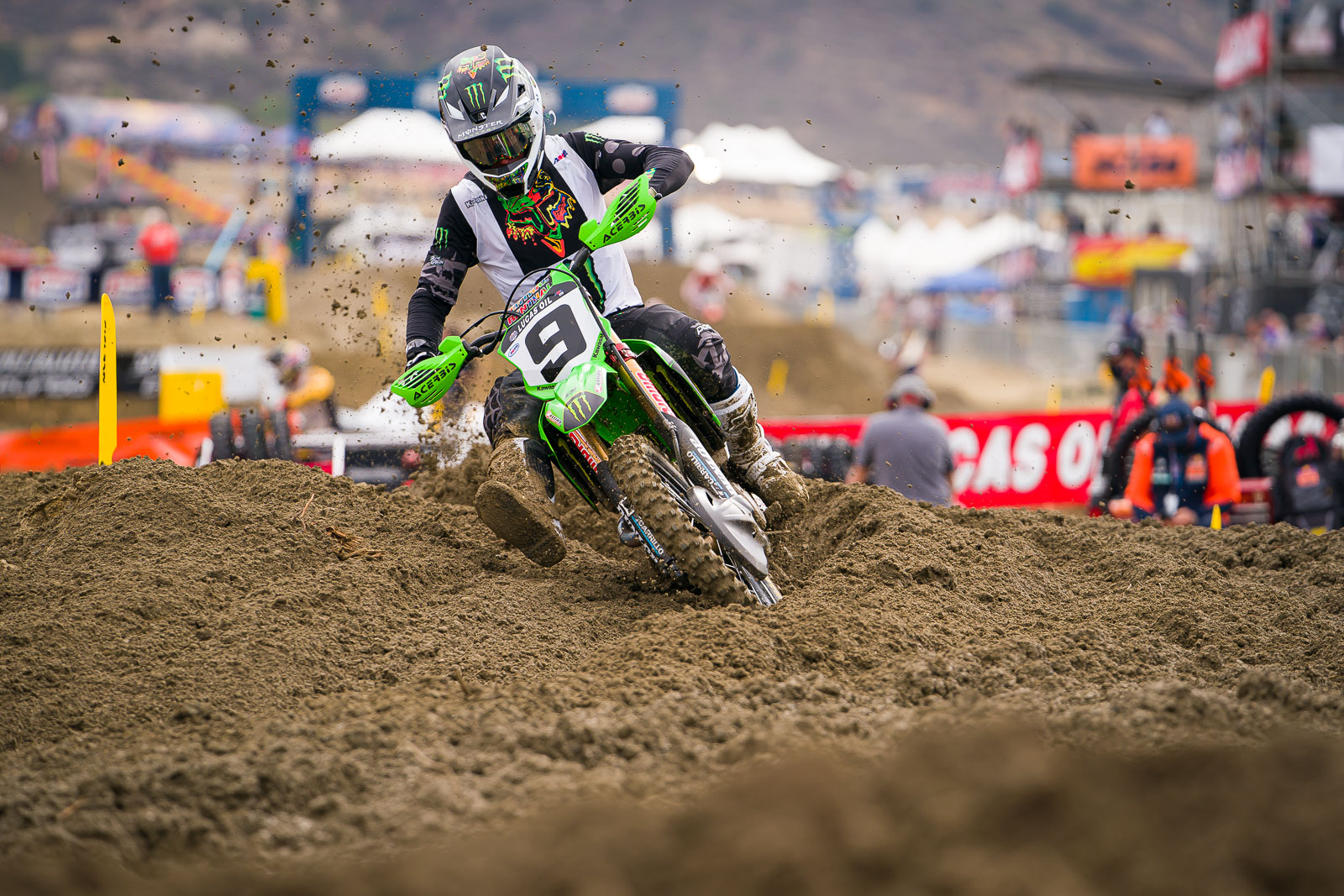 Adam Cianciarulo was on the gas in both practice sessions. The Monster Energy Kawasaki rider stayed at the top of the board through the morning and was the only person in the field, in either class, to post a lap in the 2:18 range. Marvin Musquin was next on the list and the Red Bull KTM rider ended the morning in second place after a 2:19.559. Team Honda HRC’s Ken Roczen, Monster Energy/Star Racing/Yamaha’s Dylan Ferrandis, Italian import Alessandro Lupino, Rockstar Energy Husqvarna Factory Racing’s Jason Anderson, and Team Honda HRC’s Chase Sexton were roughly within a second of each other and found themselves fighting for a spot in the top-seven.