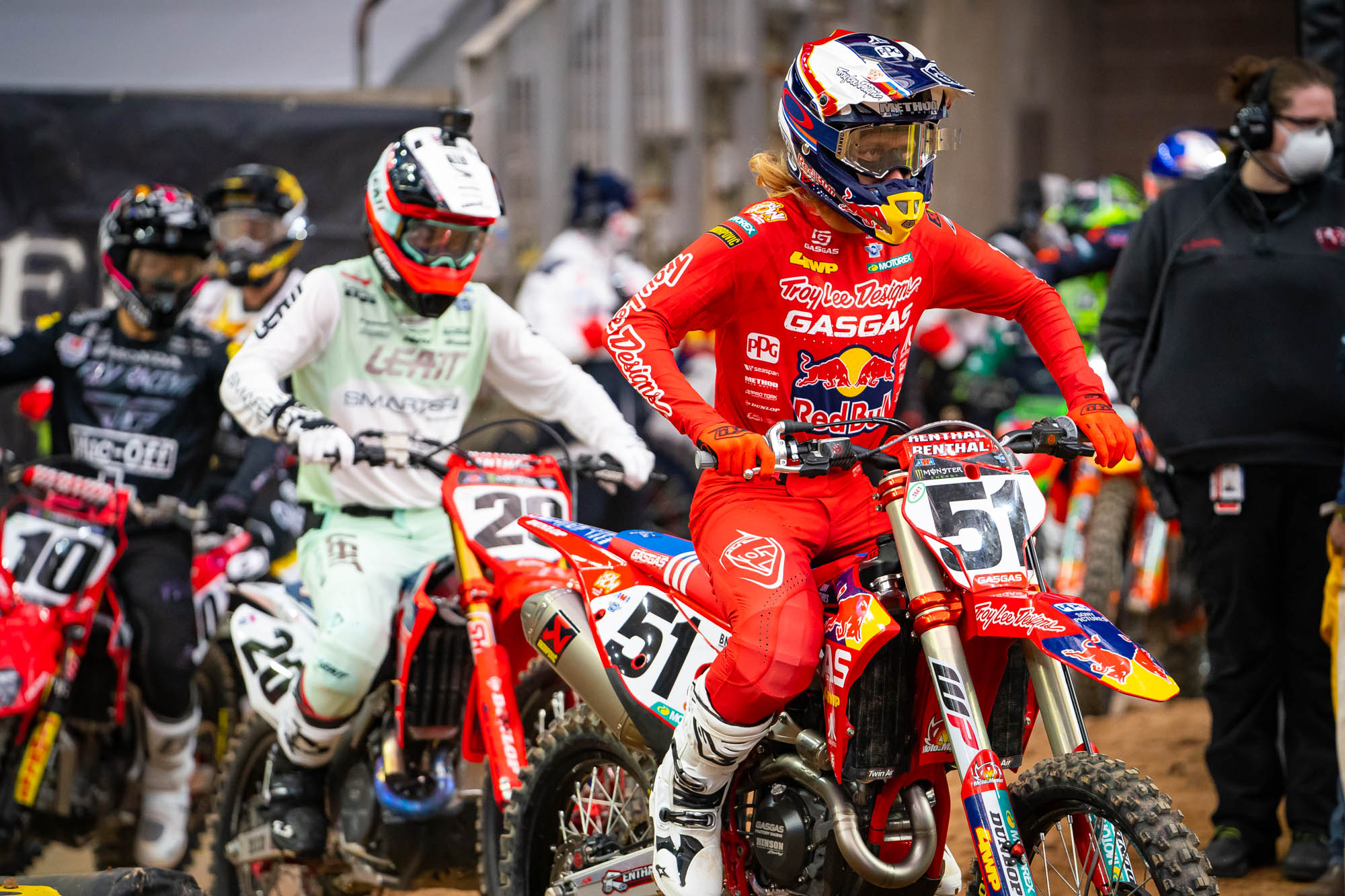 The 2021 Monster Energy Supercross Series is finally, officially underway. Riders spent Saturday afternoon learning the track that fills the floor of NRG Stadium, and to no surprise, the lap times are incredibly close. Fractions of a second split the front-runners in the 250 East Coast and 450 Class on the qualifying sheets, which ratcheted up the anticipation for tonight’s first gate drop even more.

Here’s a quick rundown on the top times and results… 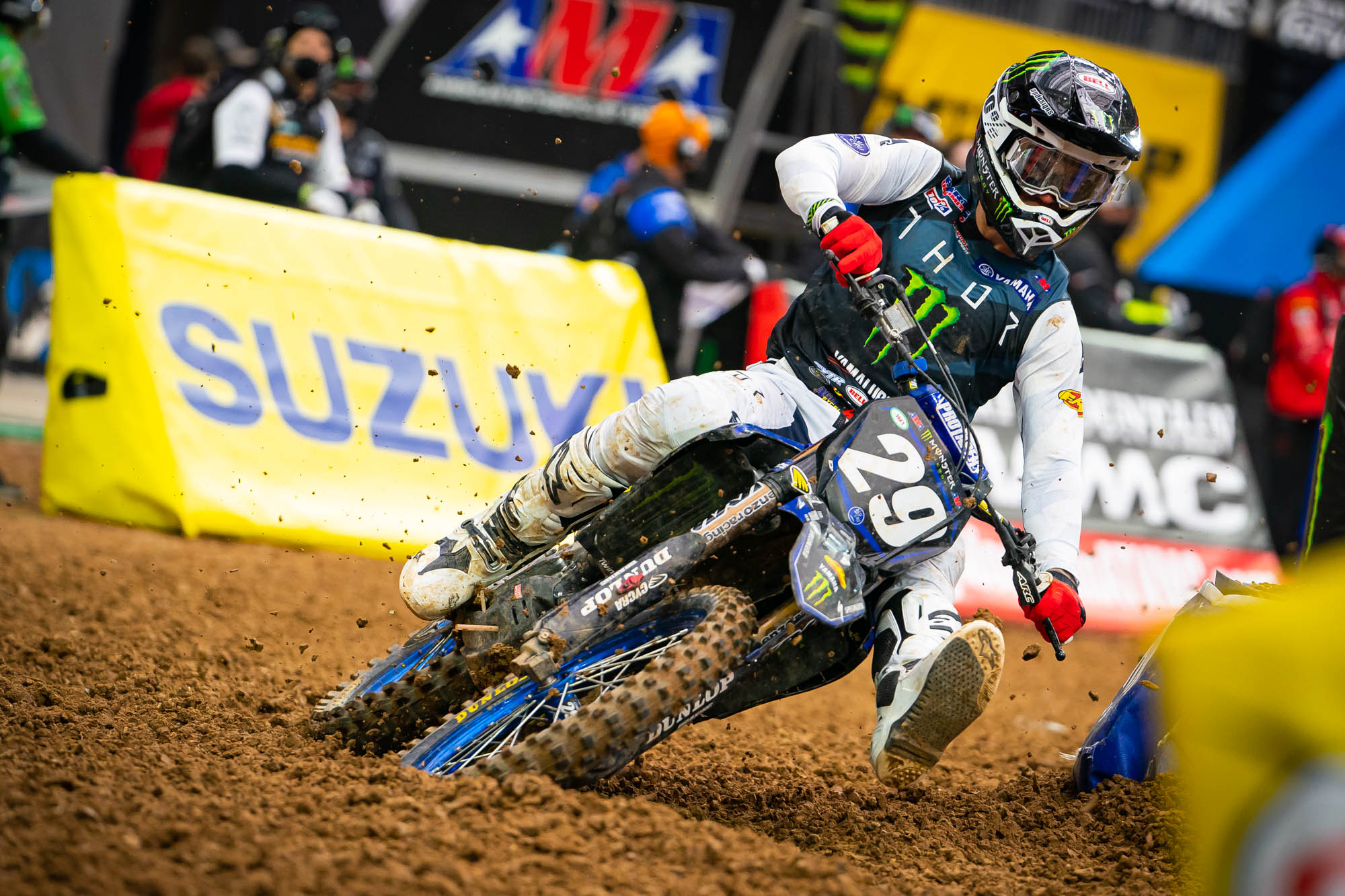 Christian Craig was the fastest rider of the qualifying sessions, period. The Monster Energy/Star Racing/Yamaha rider put down an impressive 43.765-second lap time during the final 250 East Coast session and was the only person in the field, in either class, to dip below the 44-second mark.

Jett Lawrence set the tone early in the day. The Team Honda HRC rider was fastest of the group in the first session with a 44.762, then cut the time to a 44.585 in session two, which put him second overall in the class.

Colt Nichols, Austin Forkner, and RJ Hampshire completed the top-five and were within 0.200 of each other on the stopwatch.

It sounds like Jess Pettis and Enzo Lopes could be sidelined from the night’s race after hard crashes in the final round of practice. 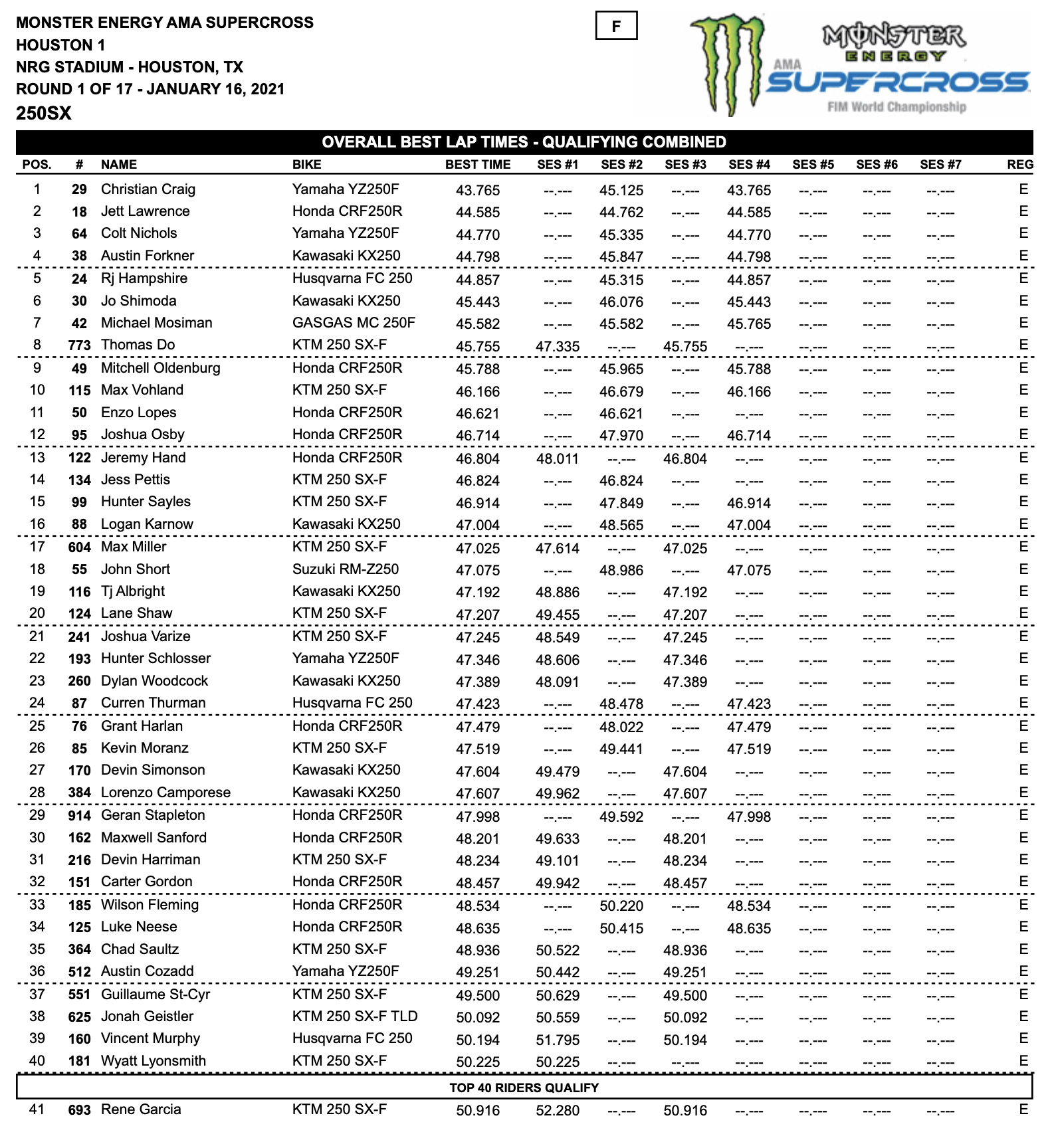 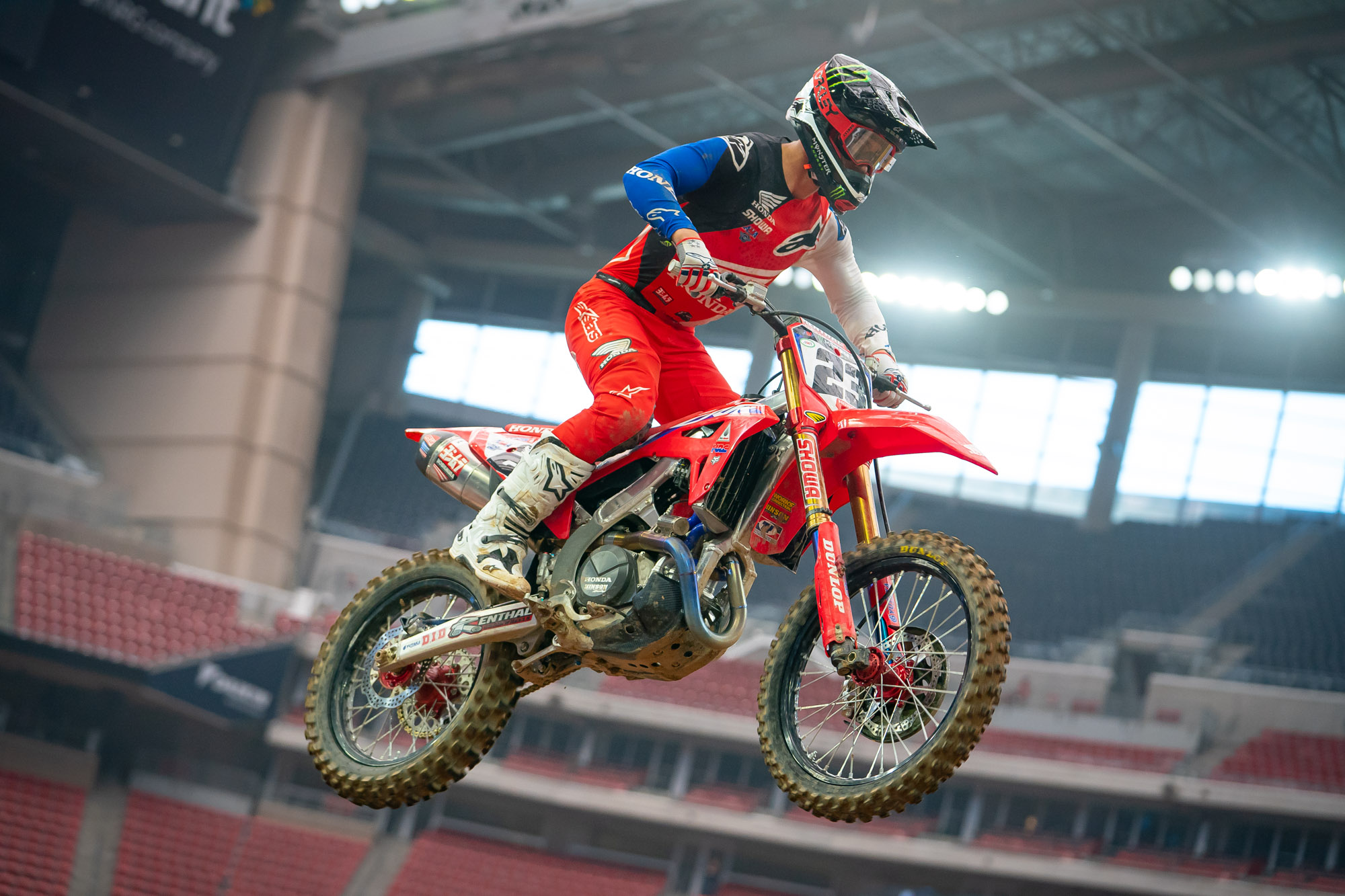 All of the preseason hype was justified after the top fourteen riders in the 450 Class all logged lap times in the 44-second range during the final practice session and some notable names were pushed way down the scoring sheet.

Chase Sexton continued the opening round tradition of a rookie racer setting the fastest time, and a 44.006 put the Team Honda HRC rider at the top of the board.

Defending champion Eli Tomac was second-fastest in the field, as the Monster Energy Kawasaki rider’s 44.036 lap was just 0.030 seconds off the mark.

Marvin Musquin’s return to Supercross is starting off well. The Red Bull KTM rider was third-fastest with a 44.212. 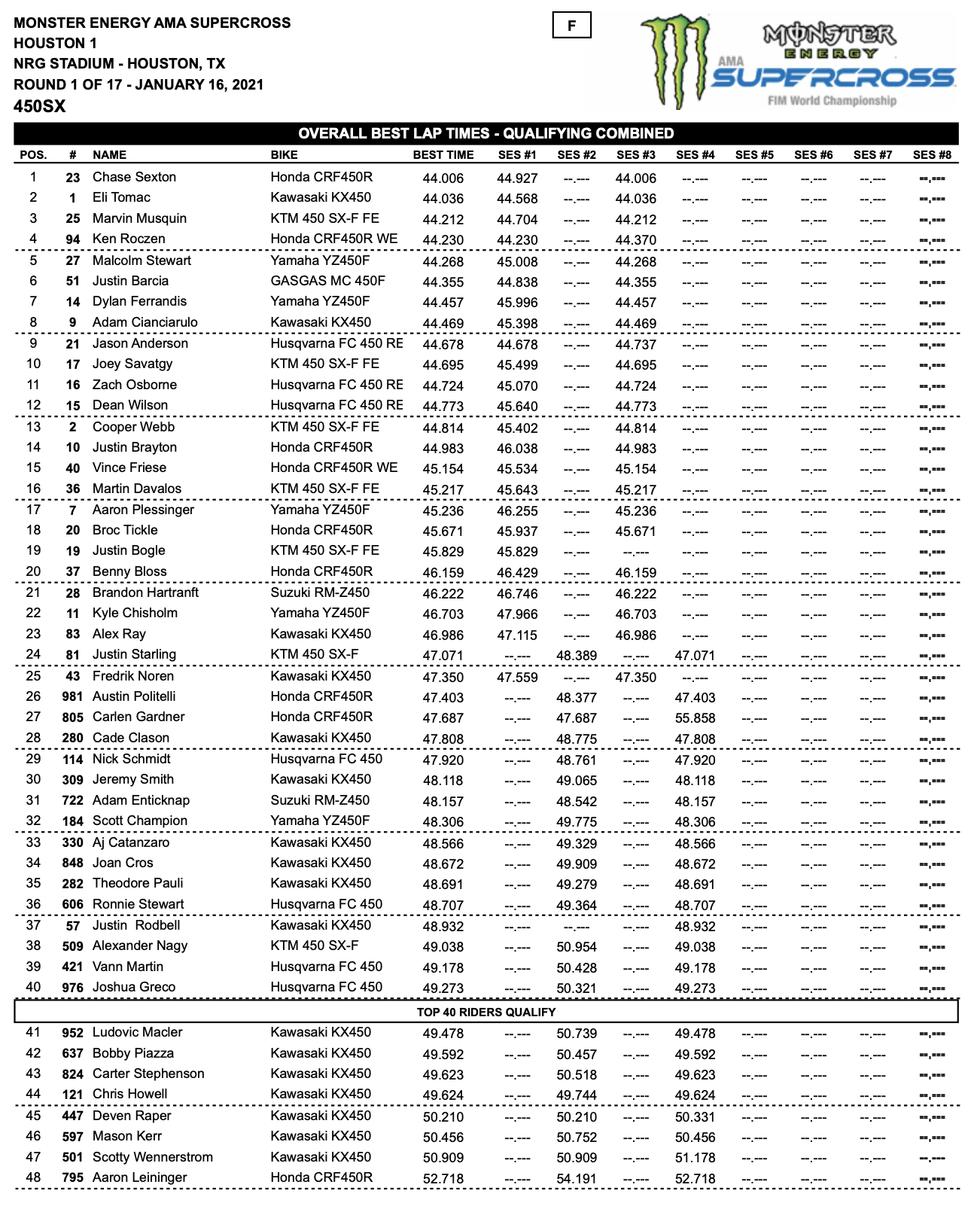