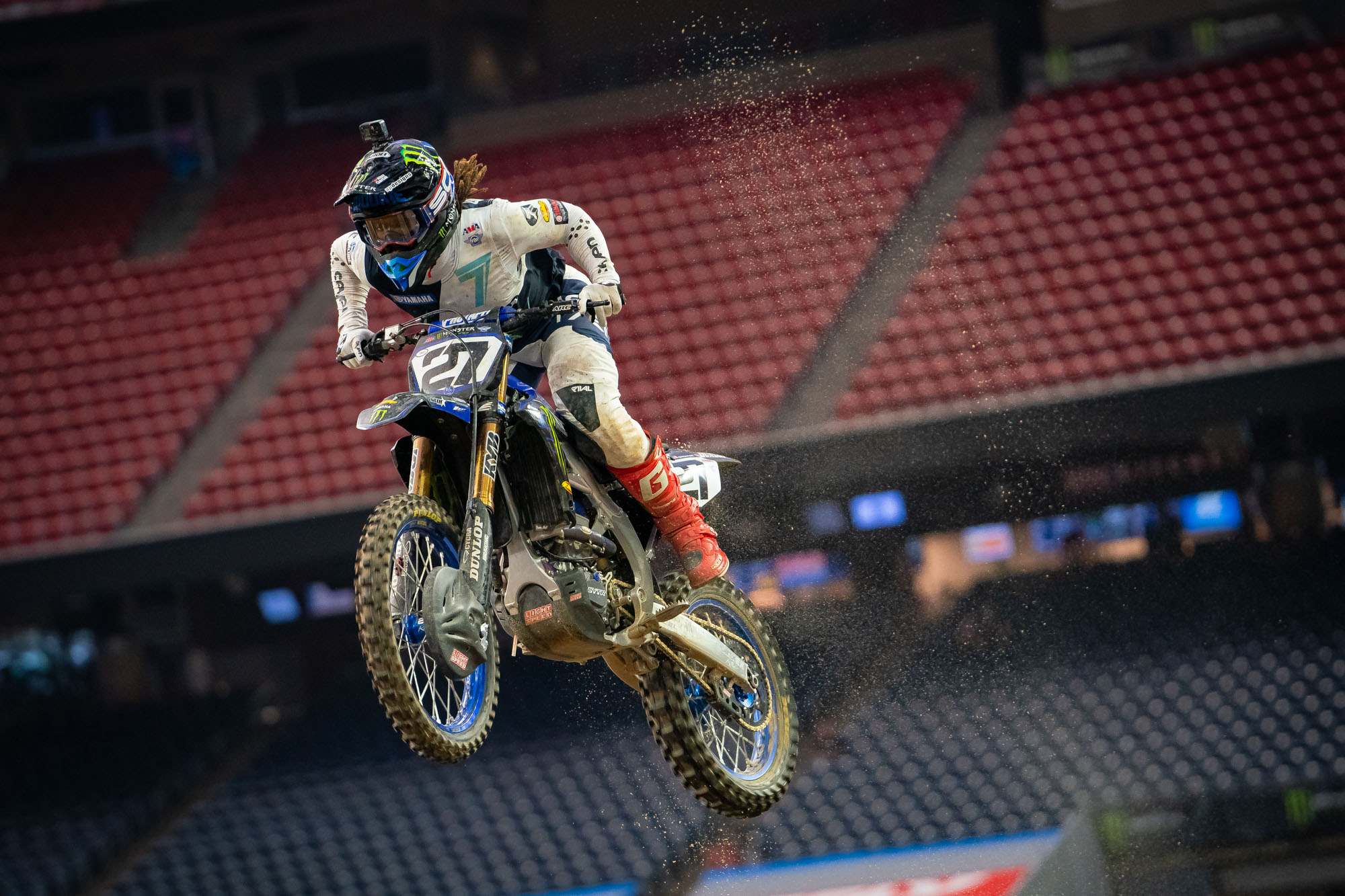 Our first extended stay in Texas of the 2021 Monster Energy Supercross Series is coming to an end, as this weekend’s 2021 Houston Three Supercross will be the final event of the season-opening set held at NRG Stadium. This season has already been exceptional, with multiple race winners in the 250 East Coast region and 450 Class and a rotation of podium finishers, so we’re very eager to see what happens at round three.

There have been some unfortunate injuries for riders in the field, including front-runners Chase Sexton, Enzo Lopes, Jess Pettis, and RJ Hampshire. Some have already announced that they are out for the weekend, if not a little longer, but others intend to block out the pain and be on the starting line.

Have a look at the entry lists for the 250 East Coast Region and 450 Class, what we know about the wounded riders, and the day’s race order. 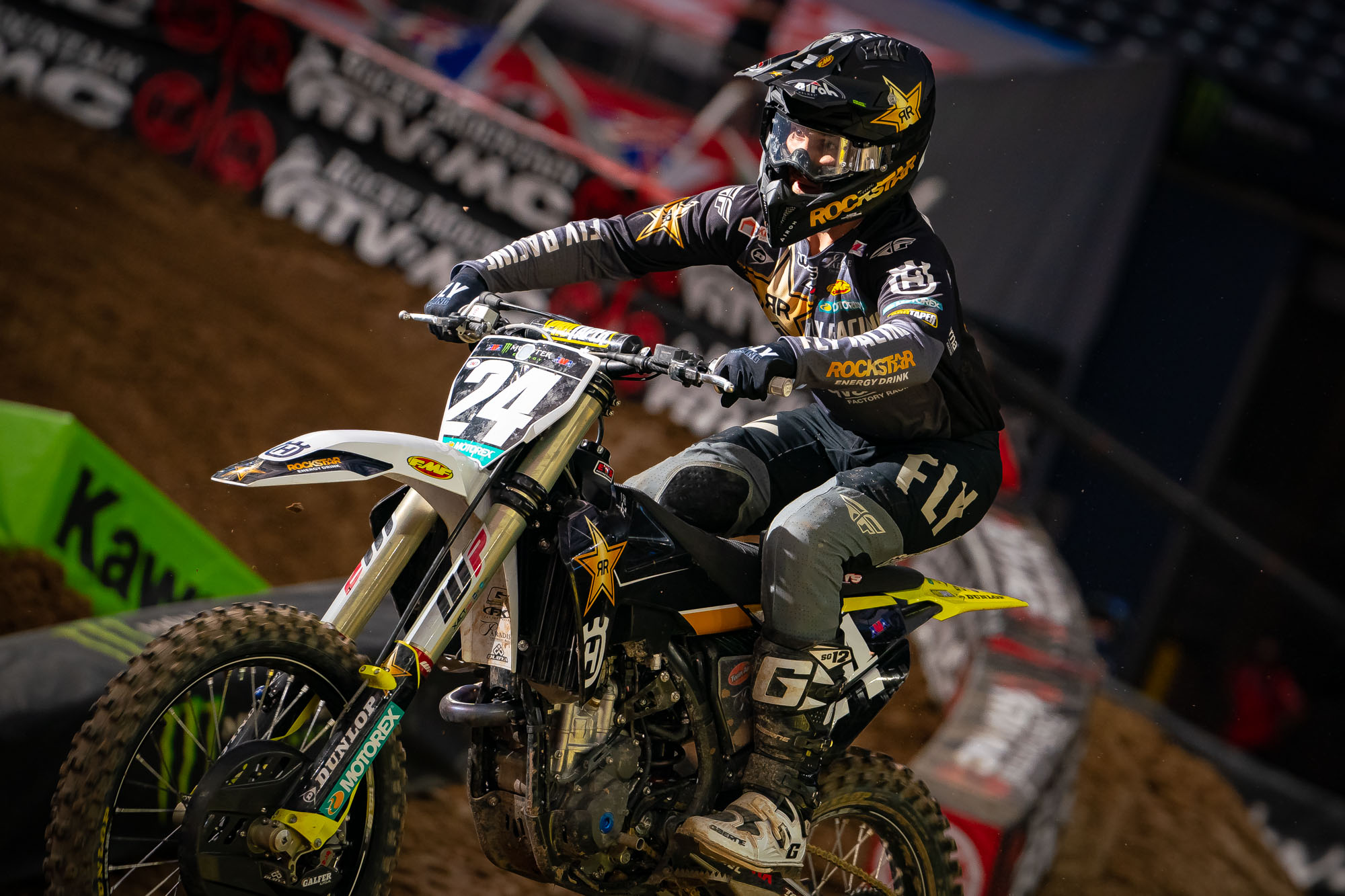 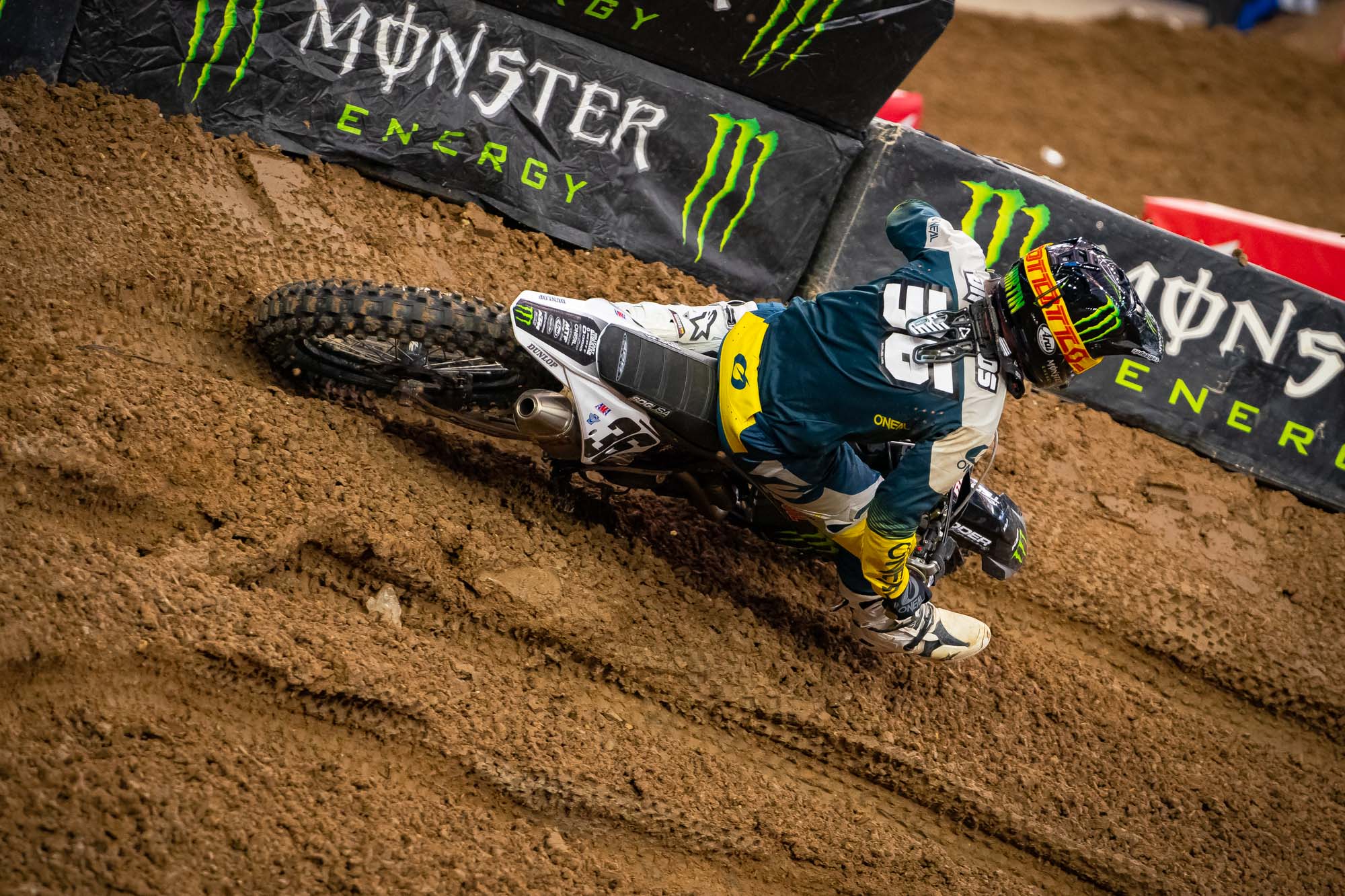 1. Eli Tomac
2. Cooper Webb
7. Aaron Plessinger
9. Adam Cianciarulo
10. Justin Brayton
11. Kyle Chisholm
14. Dylan Ferrandis
15. Dean Wilson
16. Zach Osborne
17. Joey Savatgy | The Rocky Mountain ATV-MC/WPS/KTM rider went down during the Main Event at Houston Two and limped off the track, a fearful sight considering his heel injury. Savatgy has said that he has suffered a hematoma and is working to recover in time for this weekend’s race.
19. Justin Bogle | The Rocky Mountain ATV-MC/WPS/KTM rider sat out Houston One after a crash in Timed Qualifying left him with a sore knee, lower back, and hip. He lined up at Houston Two, crashed at the start of his Heat Race, and did not line up for the LCQ. The team has stated his absence was due to a mechanical problem, not an injury, and he will be back for Houston Three.
20. Broc Tickle
21. Jason Anderson
25. Marvin Musquin
27. Malcolm Stewart
28. Brandon Hartranft
36. Martin Davalos
37. Benny Bloss | The Smartop/Bullfrog Spas/MotoConcepts/Honda rider took a blow to the stomach during the Houston Two Main Event, was unable to catch his breath, and pulled out of the race with a few laps to go. He is okay to race Houston Three.
40. Vince Friese
43. Fredrik Noren
51. Justin Barcia | The Troy Lee Designs/Red Bull/KTM rider is the current championship leader in the 450 Class.
57. Justin Rodbell
81. Justin Starling
83. Alex Ray
94. Ken Roczen
114. Nick Schmidt
121. Chris Howell
184. Scott Champion
280. Cade Clason
282. Theodore Pauli
309. Jeremy Smith
330. AJ Catanzaro
421. Vann Martin
447. Deven Raper
501. Scotty Wennerstrom
606. Ronnie Stewart
722. Adam Enticknap
795. Aaron Leininger
805. Carlen Gardner
824. Carter Stephenson
848. Joan Cros
952. Ludovic Macler
974. Brian Marty
976. Josh Greco
981. Austin Politelli

12. Shane McElrath | The SmarTop/Bullfrog Spas/MotoConcepts/Honda rider will miss the opening rounds due to a Grade Three AC separation. It’s still unclear when he will line up; we’ve heard it could be as soon as Indianapolis or as late as Orlando.

23. Chase Sexton | Team Honda HRC has announced that Chase Sexton will sit out the 2021 Houston Three Supercross due to ongoing pain in his shoulder from Tuesday night’s crash. The rookie has undergone multiple exams and scans on his shoulder, all of which have come back free of fractures, but the injury has limited his range of motion and is still too fresh to line up. Sexton has returned home to Florida and will use the additional time to recover, with hopes of making it back for the trio of races that will happen in Indianapolis later this month.

34. Max Anstie | The Twisted Tea/HEP Motorsports/Suzuki rider had a hard crash during his last day of preseason practice. Anstie will miss the first rounds of the season with a back injury.

44. Tyler Bowers | The privateer will miss the first six rounds of 2021 after a recent change in sponsorship funding. 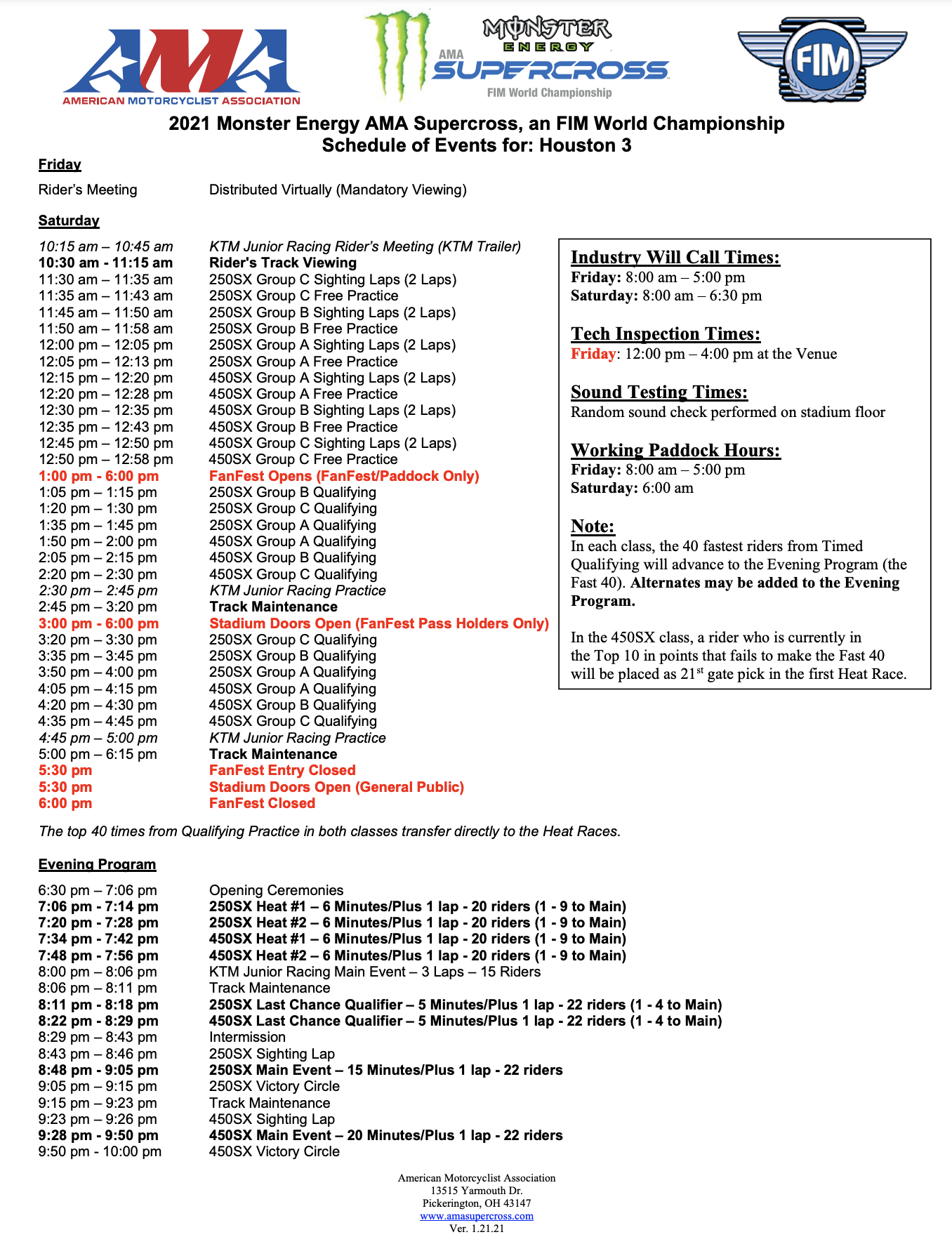