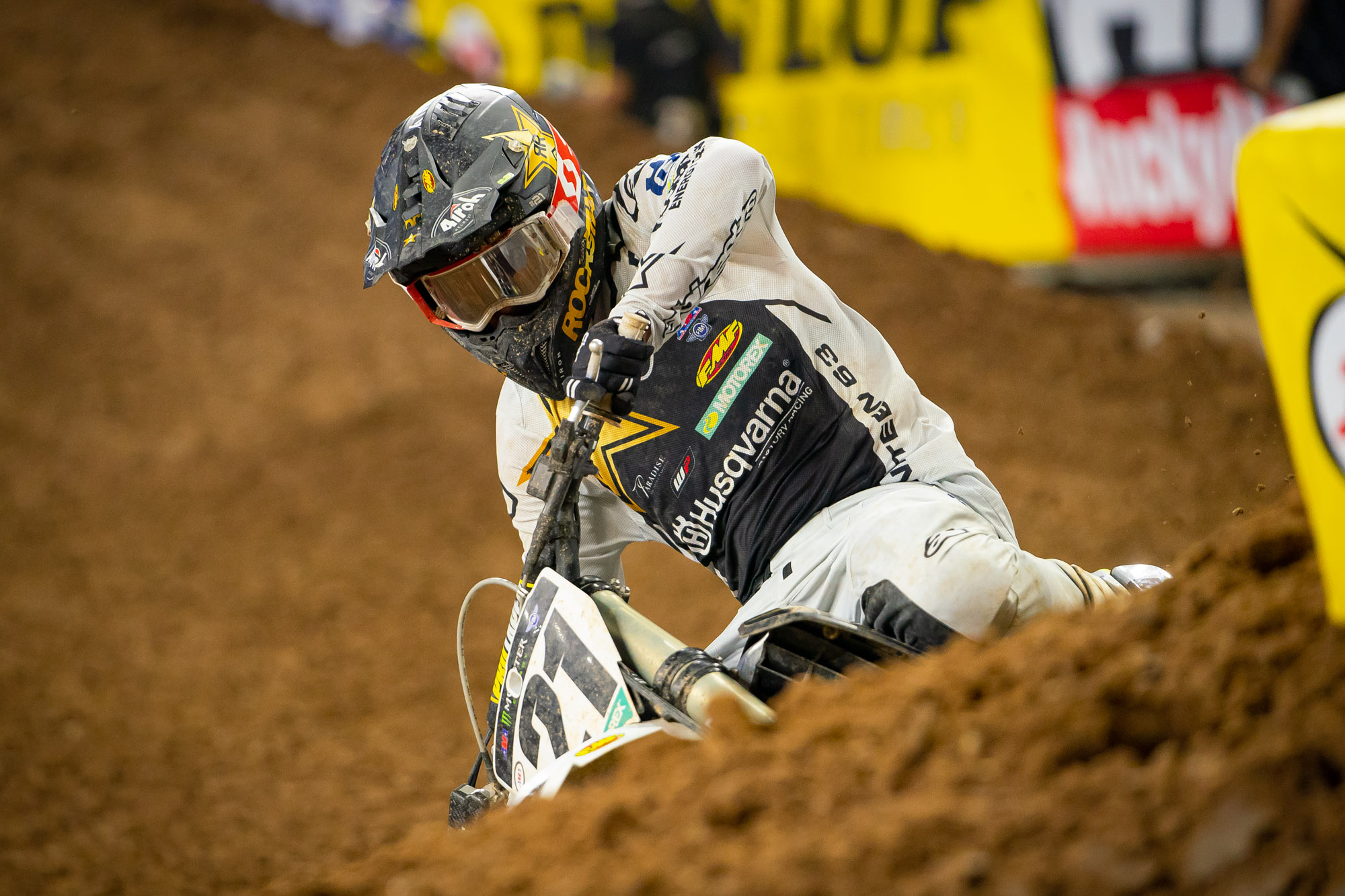 The 450 Main Event results at the 2021 Houston One Supercross have been adjusted with penalties issued by the FIM-AMA to Ken Roczen, Jason Anderson, Martin Davalos, and Vince Friese. All four riders were considered to violate Section 4.16 E. in the Supercross rule book, which pertains to jumping in a section where the red cross-wheels on the ground flag are displayed.

Chase Sexton’s crash in the rhythm section after the sand was the reason the red cross flag was shown. The Team Honda HRC rider went down while leading the pack and curled up between jumps in the lane due to the hard slam. Track workers quickly threw the cautionary flags, but Sexton’s crash’s timing and position made it difficult for everyone to see the signals or slow down, as they were already committed to their line. Fortunately, all of the riders were able to stay clear of Sexton and his bike and did not gain positions as a result.

Race officials, however, have made it clear that this is still a violation of the rule book (“During a Main Event race, if no positions were gained, the penalty will be the points and purse equal to two positions in the final results for that race plus two additional points”). They were uniformly issued the predetermined penalty.

This ruling did not change the rider’s finishing position in the final results but instead cost them a significant amount of points early in the season. With the championship standings now adjusted, Roczen dropped from first place to fifth while Anderson was shuffled back to 13th and Friese to 17th. On the other hand, Davalos was credited with zero points on the night despite a 20th place finish. 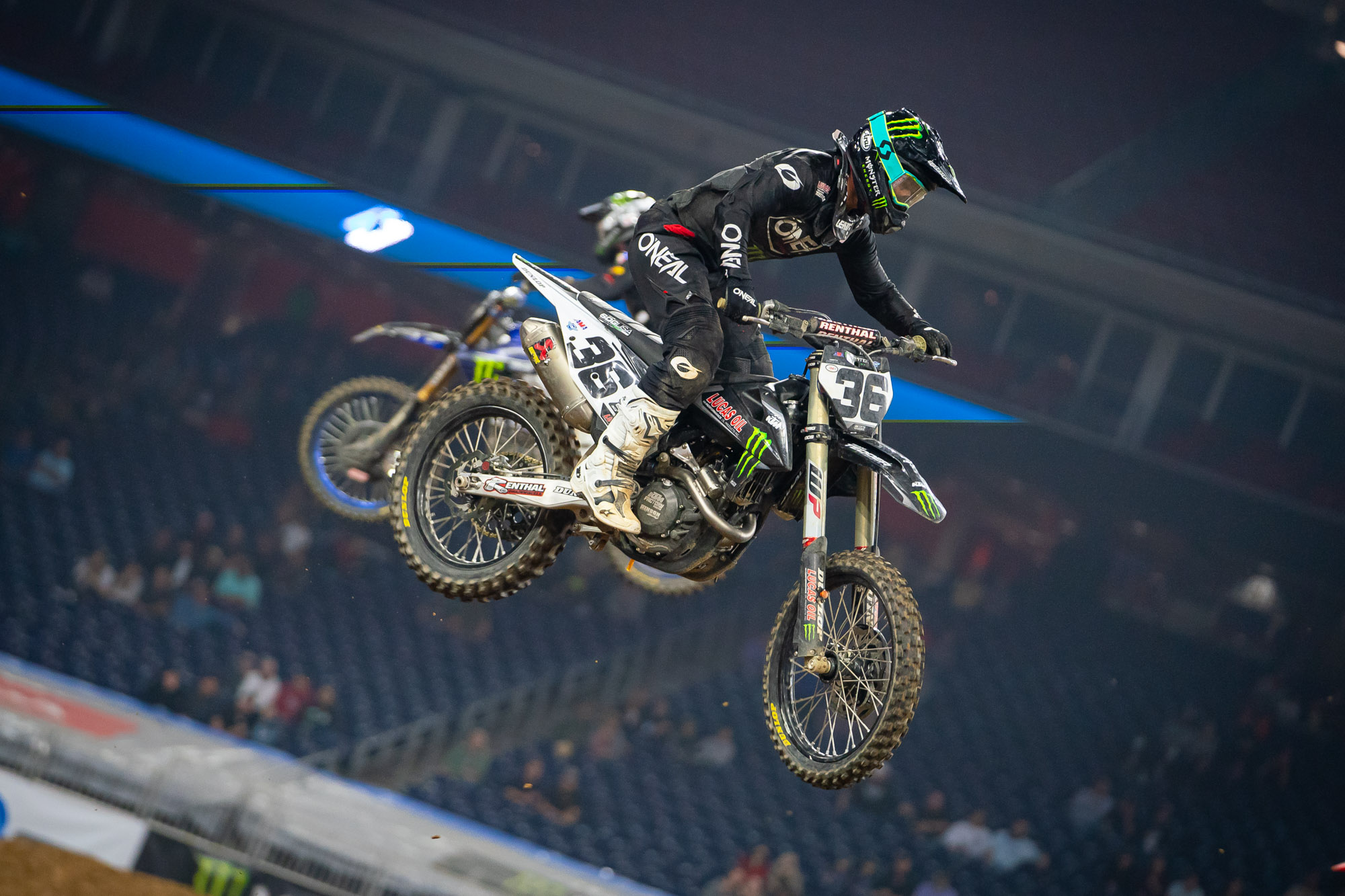 Martin Davalos was credited with zero points on the night despite a 20th place finish.

Roczen, the rider most impacted by this decision, has shared his thoughts on the matter. In a social media post, the Team Honda HRC rider explained that he was unable to see the flag in time to react, had no history of similar infractions, and was less than pleased about the punishment without prior warning. “I am disappointed in how this situation was handled. I just wanted to get you guys an idea of what the deal was. Put yourself under my helmet. There is a video with a better angle than the AMA has, which made it even more clear,” he stated on Instagram.

“I got docked 4 championship points because of jumping on a Red Cross flag even though my vision at this part of the track was blocked because Dylan took the outside line and as I came around the sand turn he was positioned perfectly in front of the flag and i could not see it.

“I have never disrespected the Red Cross flag ever before, and in my eyes this was clearly not a blatant violation. This situation was very unique, and the timing of it was so special that a warning or a fine would have been a lot more appropriate. I have spoke my peace. I am just disappointed with the decision, especially since it says it black and white in the rule book. A situation like this (points docked) instead of a fine is not fair. It just simply wasn’t ‘blatant.’ There were more factors than just simply jumping on a red cross flag. Anyway, I’ll just deal with. That means no red plate. It’s all good though.”

The complete results, including current championship standings, are posted below… 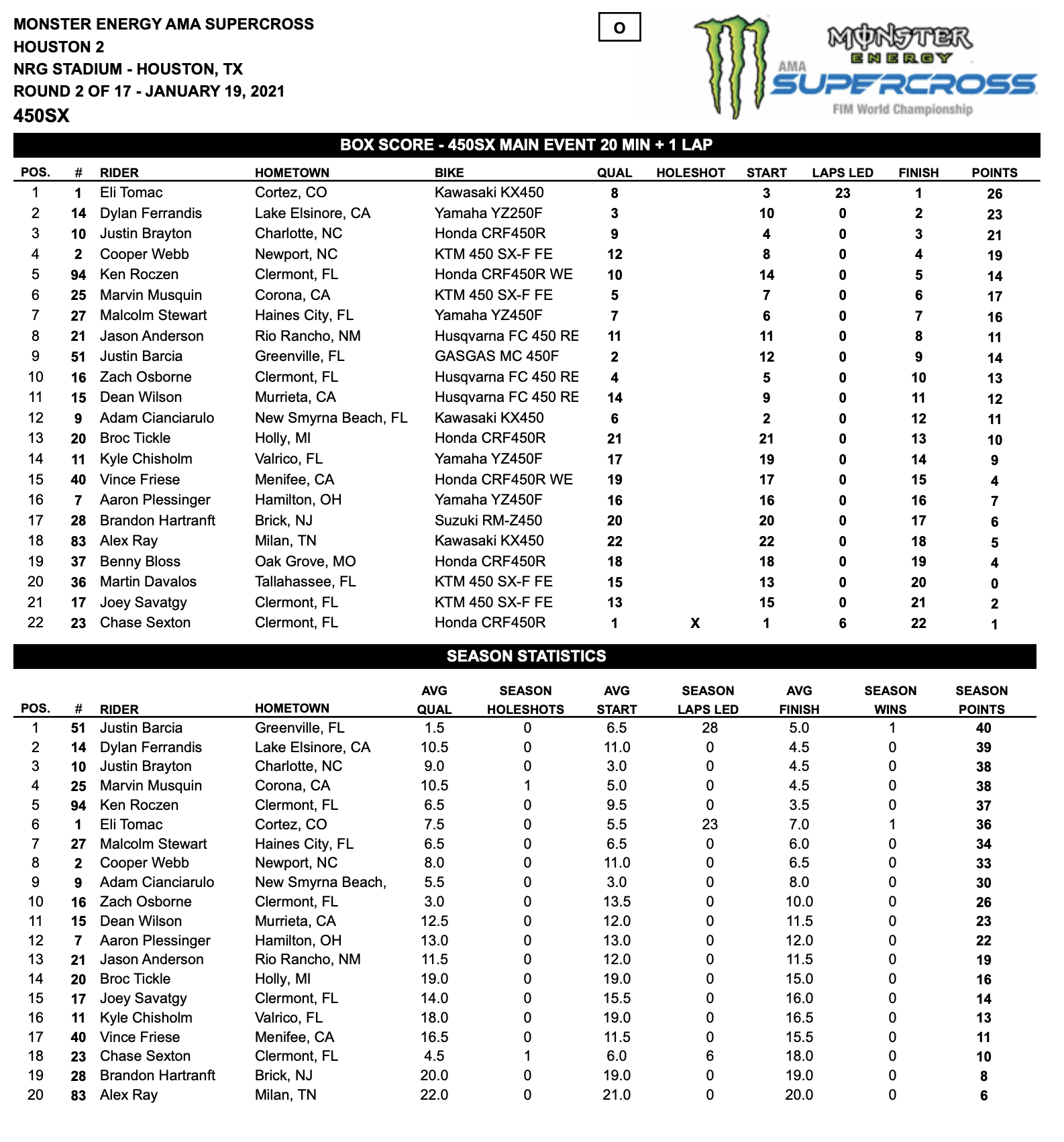