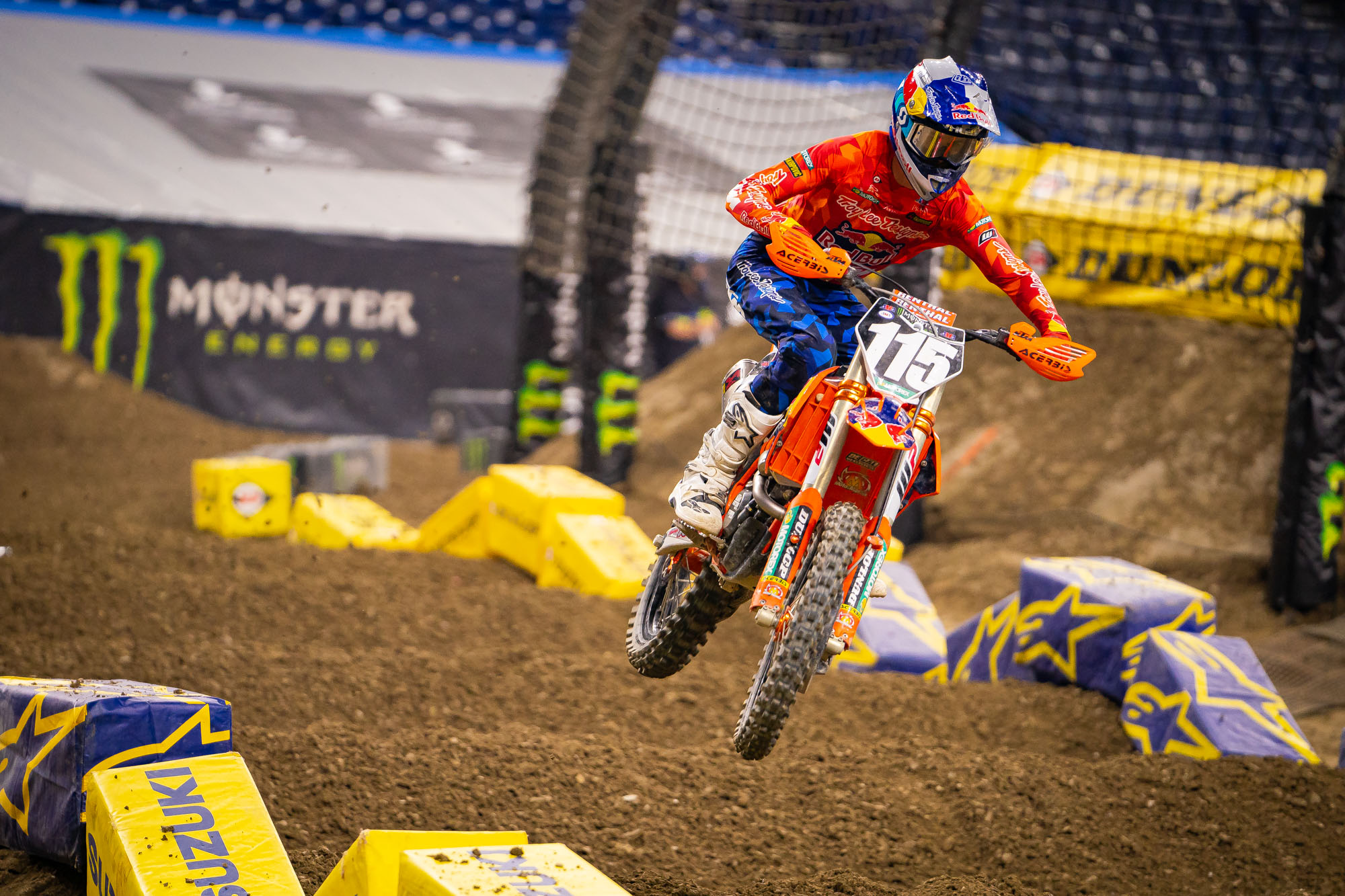 Max Vohland had a tough time in the whoops during the 2021 Indianapolis One Supercross. The Red Bull KTM rider had three separate incidents through the tricky set of rollers during the final Timed Qualifying run, and the final mistake resulted in a hard crash and hip dislocation.

The rookie racer was able to get himself to the edge of the track so that the Alpinestars Mobile Medical could tend to him, and the session was eventually red-flagged so that he could be properly taken off the course. Red Bull KTM later announced that Vohland was out for the night’s race, and in Sunday’s press release, gave more details about the injury.

“Fortunately for Vohland, the X-Ray showed no bone damage and doctors were able to perform a ‘closed reduction’ to put his hip back in place, allowing him to be released from the hospital on Saturday evening,” read the statement.

Vohland has posted a short social media update, as well, and said, “I ended up with a clean right hip dislocation. Nothing was broken or chipped, so we’re looking good, but we will double-check with our doctors later this week.”

Recovery for hip dislocations varies and emphasizes the need for rest and immobility in the days immediately after; Vohland will be out for Indianapolis’s remaining races.

2021 Indianapolis One Supercross | GoPro Onboard