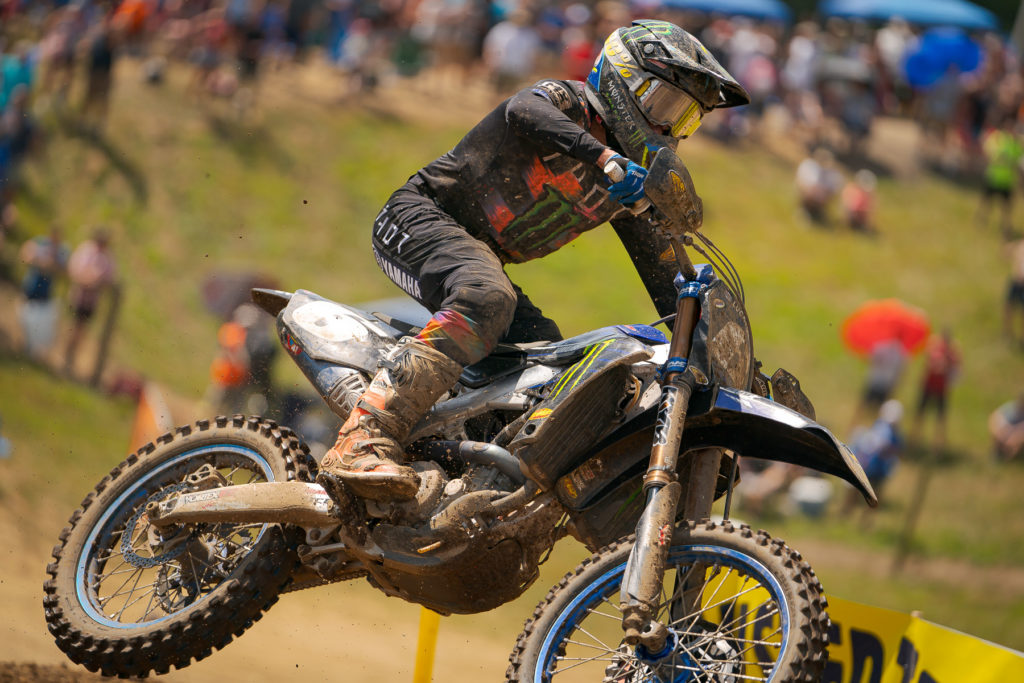 Jeremy Martin’s season ended abruptly after a crash at the 2021 Ironman Motocross resulted in a broken arm. The Monster Energy/Star Racing/Yamaha rider went down while racing Jett Lawrence for the lead in 250 Moto One, after a harsh landing from a high-speed fly-away jump sent the bike into a swap and the resulting highside sent him to the ground (you can see the crash in the highlight video below, at the 43-second mark).

Martin quickly got up, removed his goggles, clutched his arm on the walk to an EMT cart, and was taken directly to the Alpinestars Mobile Medical Unit.

Yamaha confirmed that extent of the injury in their post-race press release, and that Martin will be out for the final rounds of the 2021 Lucas Oil Pro Motocross Championship. “It’s just a bummer for sure,” reads Martin’s quote in the team communication. “I felt that I had the pace for the win, but that’s racing. We’re going to heal up and shift our focus to 2022.”

The 2021 season as a whole has been difficult for Martin; a dislocated shoulder at the Orlando Two Supercross kept him from racing the entire 250 West Coast Region of the Monster Energy Supercross Series and a broken wrist at the Thunder Valley Motocross disrupted his championship chances in the Lucas Oil Pro Motocross Championship.

Martin is ranked fourth in the 250 Class point standings, thanks to overall wins at Spring Creek, Washougal, and Budds Creek.

Martin will return to Monster Energy/Star Racing/Yamaha in 2022 as part of the team’s 250 Class program, a decision we spoke recently spoke at-length about with him.