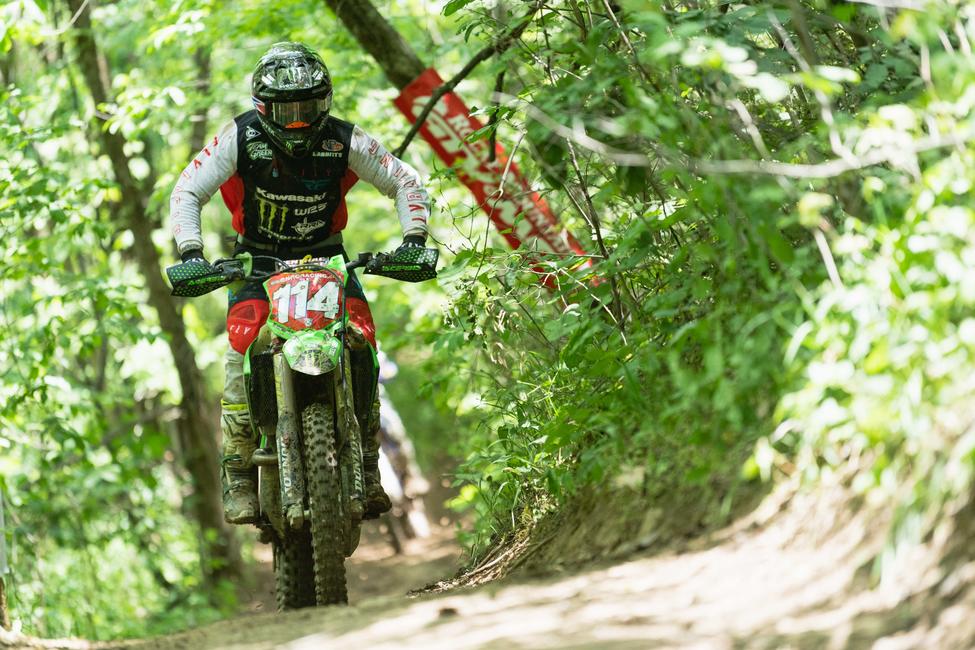 The 2021 Grand National Cross Country Series continued its run through the first part of the season with the 2021 John Penton GNCC. One of the more prestigious events on the schedule, the Ohio race saw multiple riders at the front of the field and new winners in the XC1 and XC2 divisions.

Coastal GASGAS Factory Racing’s Ricky Russell was the day’s early leader, thanks to a holeshot on the XC1 line and a quick pace through the opening laps. Russell came under pressure as the race continued, as Benjamin Kelley and Josh Strang were able to up the pace and close the gap. Kelley took control around the third lap of the race, an important move for the incoming point leader, and Strang moved into second place shortly after.

Kelley and Strang battled from that point until the checkered flag, with FMF/KTM Factory Racing’s Kelley in the lead and Babbitt’s Online/Monster Energy/Kawasaki Team Green’s Strang in a close second place. Strang made his move on the final as the two entered the Penton section of the course, named after the off-road racing icon, and sprinted to the checkered flag for his first win of the season while a runner-up finish by Kelley kept him in control of the championship.

Strang’s success brought an end to Steward Baylor’s win streak. The AmPro Yamaha rider was out of touch with the leaders for most of the day, and was outside of the top-five at one point, but was able to mount a charge in the final hour and crossed the finish line in third place. There are now nine points between Kelley and Baylor in the point standings. 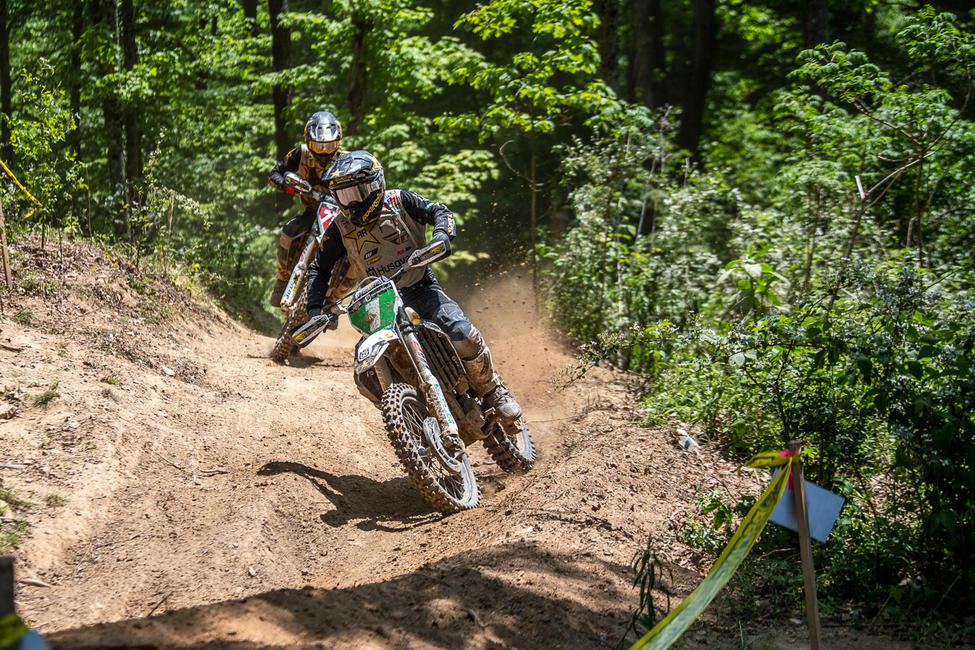 Craig DeLong put in a dominant ride on his way to the win in the XC2 division. The Rockstar Energy Husqvarna Factory Racing rider claimed the holeshot at the start of the race and sped off into the woods ahead of the competition. DeLong’s lead seemed to grow with every lap and at one point he was roughly two minutes ahead of his nearest rival; his margin of victory at the checkered flag was TKTK. The defending class champion is still second overall in the point standings but made up a considerable amount of points to current leader Jonathan Girroir.

Babbitt’s Online/Monster Energy/Kawasaki Team Green’s Lyndon Snodgrass worked his way from fifth place to second place during the hours-long race, an effort that earned him his third podium of the 2021 season. Although Snodgrass trails the point leaders by a considerable amount, he could make the fight for the top-five overall even more interesting as the season progresses.

If Jonathan Girroir wins the championship this season, it might be thanks to his ride at round seven. The Coastal GASGAS Factory Racing rider came into the weekend with a minor illness, gave it his all when the green flag flew, went from fourth place to second place in the first half of the race, and ultimately finished in third place. Girroir has a 24-point advantage over DeLong in the standings.