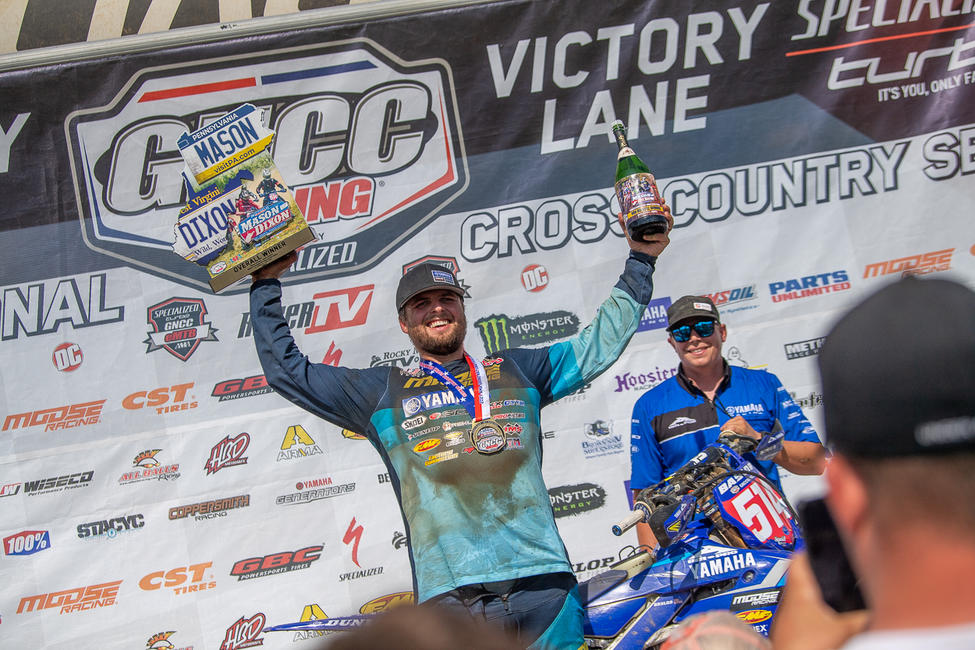 Round eight of the 2021 Grand National Cross Country Series took racers to Mount Morris, Pennsylvania, for the 2021 Mason-Dixon GNCC. The race’s route lives up to its name with a course cut around Mathews Farm runs around the historic demarcation line that splits Pennsylvania and West Virginia.

A mix of race winners and podium finishers in the early races of the season has set up an exciting championship chase, with only a handful of points now separating the leading riders as the series nears its summer break.

Riders went at it as soon as the green flag flew. AmPro Yamaha’s Layne Michael scored the holeshot over the rest of the XC1 field, then was overtaken by FMF/KTM Factory Racing’s Ben Kelley as they neared the wooded area of the track. This was an important pass for incoming championship leader Kelley, as it gave him a clear path and the ability to set the pace over the rest of the pack, and he controlled the race for two and a half hours.

Big changes to the running order occurred after the pit stop. Kelley managed to keep the lead through the fuel-up and goggle change but came under attack from Stu Baylor after hours in the heat, a match-up that was important to the championship standings. The battle went to the very last lap; despite having no rear brake, AmPro Yamaha’s Baylor chipped away at the eight-second advantage held by Kelley, pulled even, and made the pass for his fifth race win of the season.

Baylor’s win and Kelley’s runner-up finish shrank the gap in points to just four; Kelley has 182, Baylor has 178.

Jordan Ashburn was near the top of the running order for most of the day, and after bouncing between third and fourth-place through the marathon, the Magna1 Motorsports/Husqvarna rider crossed the finish line in third place, his second podium finish of the season. 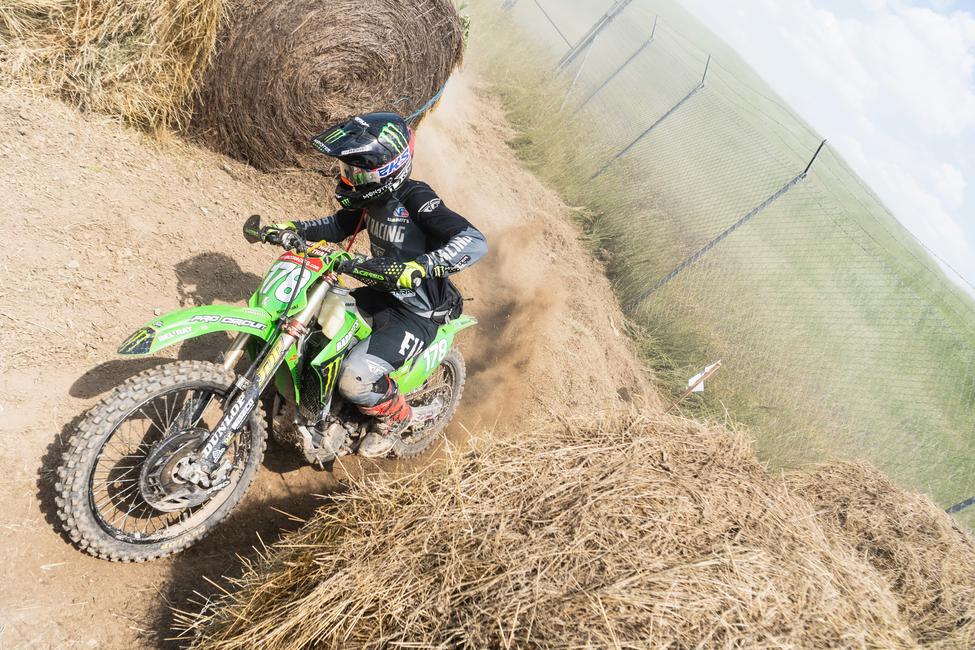 The XC2 250 Pro Class saw two new riders near the top of the standings and crashes for the two championship contenders. Babbitt’s Online/Monster Energy/Kawasaki Team Green’s Lyndon Snodgrass got to the front very early in the race and led every single lap on his way to the first GNCC win of his career. In addition to catching and passing some riders from the XC1 line, Snodgrass crossed the finish line 13-seconds ahead of the rest competition.

Phoenix Racing Honda’s Ruy Barbosa was another new face near the front of the field; he ran in third-place through the first few laps, made a pass for second place, and held onto the spot until the checkered flag.

Craig DeLong and Johnny Girroir came together near the holeshot stripe, an incident that set up the rest of their race. DeLong’s remount put the Rockstar Energy Husqvarna Factory Racing rider far from the rest of the pack, and he spent the entire three hours trying to catch and pass those ahead of him. His efforts proved to be worthwhile, as he ended up in third place. Girroir’s troubles didn’t end in the first turn, though. He broke the shifter on his Coastal GASGAS Factory Racing motorcycle shortly after a pit stop, had to stop a lap later for repairs, and came back to finish in fifth place. Girroir continues to hold the top spot in the championship standings by 19 points.

We recently got our hands on the @dirtbiketv1 Honda CRF250(270)R and had @pfo200 spin a few laps at Glen Helen before giving us his thoughts on the machine. Check out the full video now on swapmotolive.com! | #bikebuild #tracktested ...