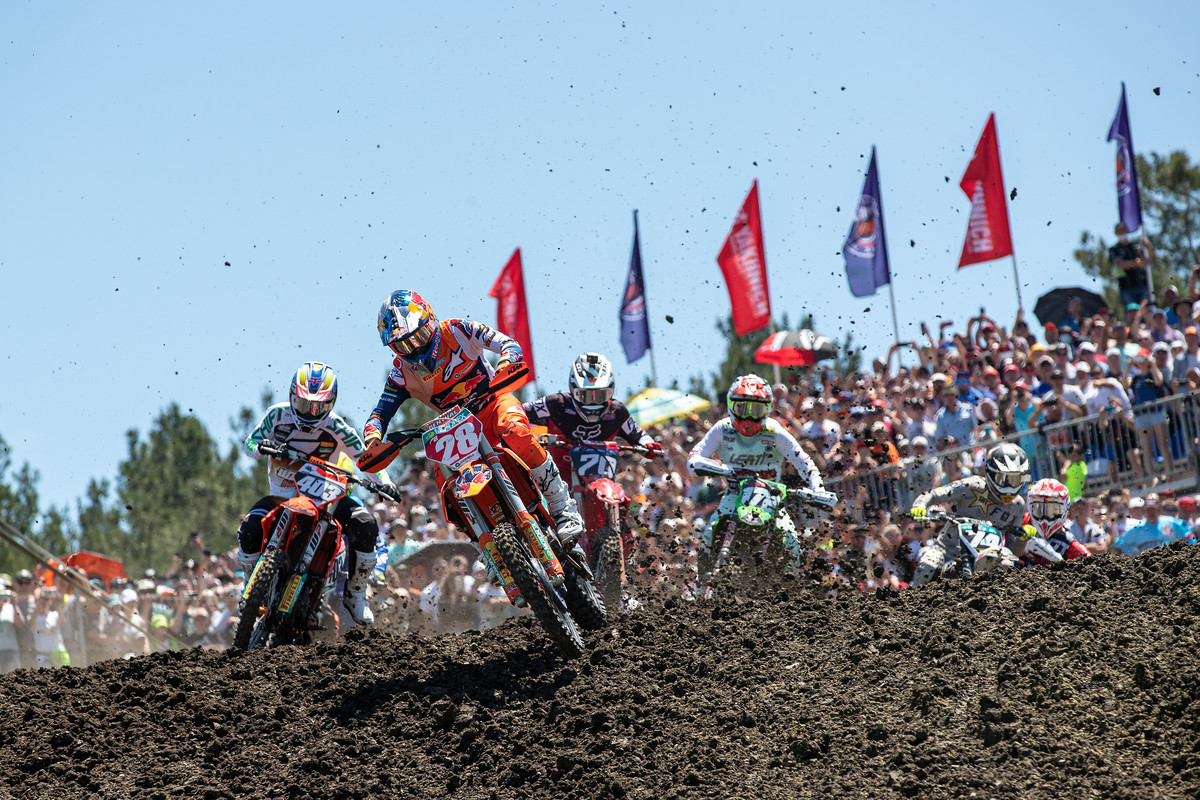 The 2021 Monster Energy FIM Motocross World Championship kicked off last weekend with an excellent run of races at the 2021 MXGP of Russia, but series organizers InFront Moto Racing have announced further changes to the schedule in light of the ongoing global situation. This news is both good and bad:

The MXGP of Sweden at Uddevalla is a popular event on the international tour, thanks to the scenery and layout of the circuit. Originally slated to occur on August 15, the race has been scrapped for 2021; the MXGP series and Swedish promoters expect it to return in 2022.

InFront Moto Racing’s decision to move the MXGP of Latvia to August 8 creates an off-weekend in July. The initial schedule called for races on six consecutive weekends, beginning at the MXGP of Great Britain (June 27) and going to the MXGP of Flanders-Belgium (August 1) with the Latvian race in the middle of the planned hectic run. The series will now break between the MXGP of Italy (July 4) and MXGP of the Netherlands (July 18).

The final detail in the schedule change is the confirmation of Lacapelle Marival as the site for the MXGP of France on October 10. Located in the southwestern region of the country, the track has hosted MX3/EMX/WMX races in the past, but never a round of the MXGP World Championship. 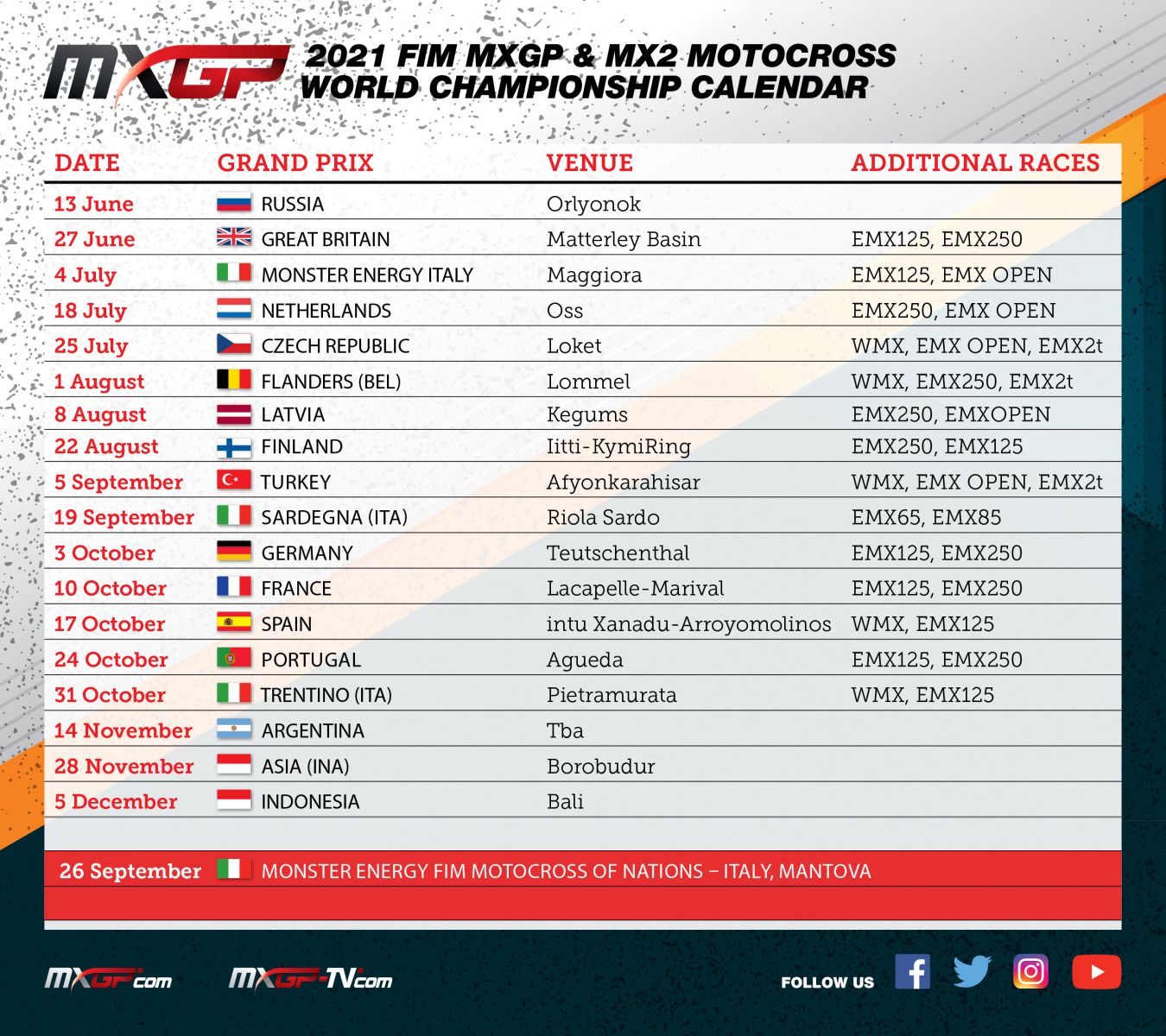 Firstly, MXGP is pleased to confirm the venue for the MXGP of France on the 9th & 10th of October, as Lacapelle-Marival! The circuit, located in the southwest of France is not entirely new to the FIM Motocross World Championship, with the venue having hosted the MX3 World Championship in 2009 and 2011, along with a round of EMX2 and WMX.

While this will be the first time that Lacapelle-Marival will officially welcome MXGP, majority of the GP riders are very familiar with the French circuit, as it is a regular host of the annual pre-season International ‘Masters of Motocross’ race.

Infront Moto Racing are delighted to add another new circuit to the 2021 MXGP racing calendar and look forward to heading to France in October.

Additionally, the MXGP of Latvia in Kegums, originally scheduled on the 10th & 11th of July, will now move to the 7th & 8th of August, meanwhile the MXGP of Sweden in Uddevalla will no longer take place in 2021 and is postponed to the 2022 season.

Unfortunately, these changes have been unavoidable and while we are saddened to not be heading to Sweden once again in 2021, we look forward to returning to the popular Uddevalla circuit next year under better circumstances.

Infront Moto Racing would like to thank all of the parties involved for understanding and cooperation during this period. We look forward to continuing the racing this season and delivering a really strong championship.

Jeffrey Herlings | “Behind The Bullet” Episode One
Michael Antonovich July 28, 2021

Jeffrey Herlings | “Behind The Bullet” Episode One