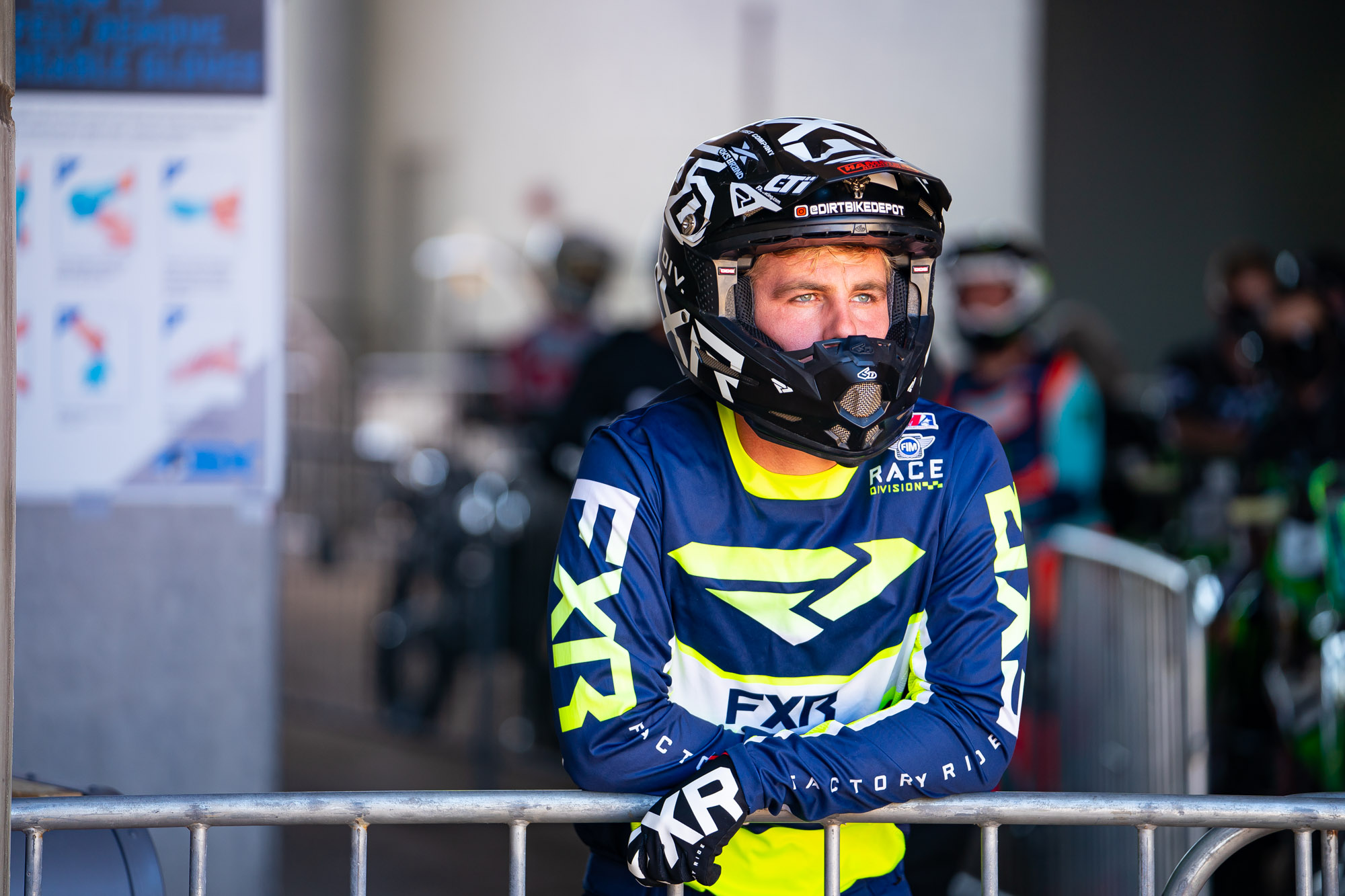 Timed Qualifying is complete at the 2021 Orlando Two Supercross. Riders spent the day getting familiar with the revamped layout and rock-hard clay before the gate drops for round eight of the 2021 Monster Energy Supercross Series. Here’s a quick rundown of the afternoon’s times. 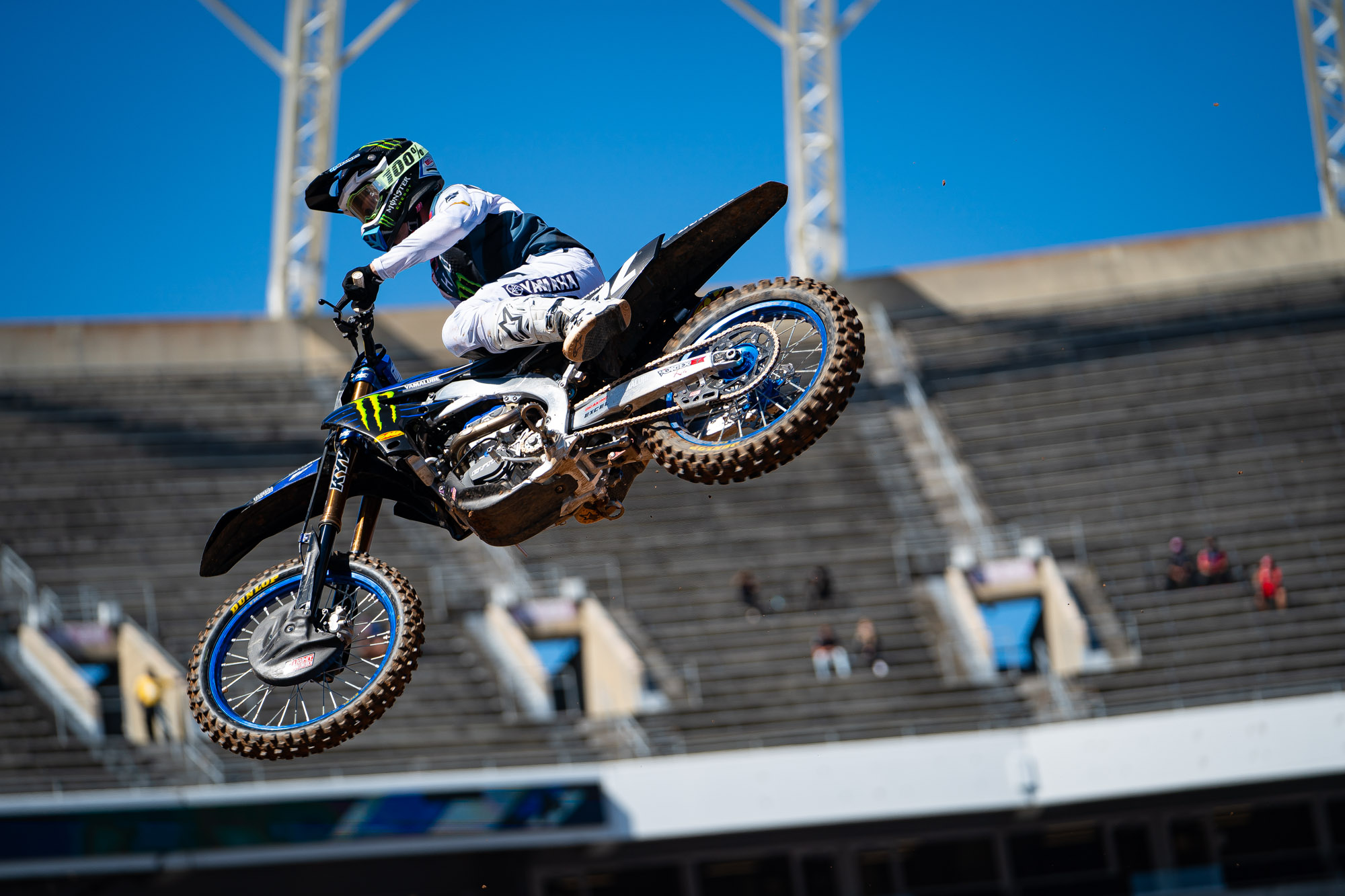 There was no stopping Justin Cooper during practice. The Monster Energy/Star Racing/Yamaha rider set the pace in both sessions and with a 51.095, ended the afternoon at the top of the board.

The second-best rider wasn’t in even in the A Group. Seth Hammaker, a Monster Energy/Pro Circuit/Kawasaki rookie making his debut, put in 51.330 during the last practice. Not a bad way to start you first SX.

Jeremy Martin was third-fastest overall, thanks to a 51.513 by the Monster Energy/Star Racing/Yamaha rider. 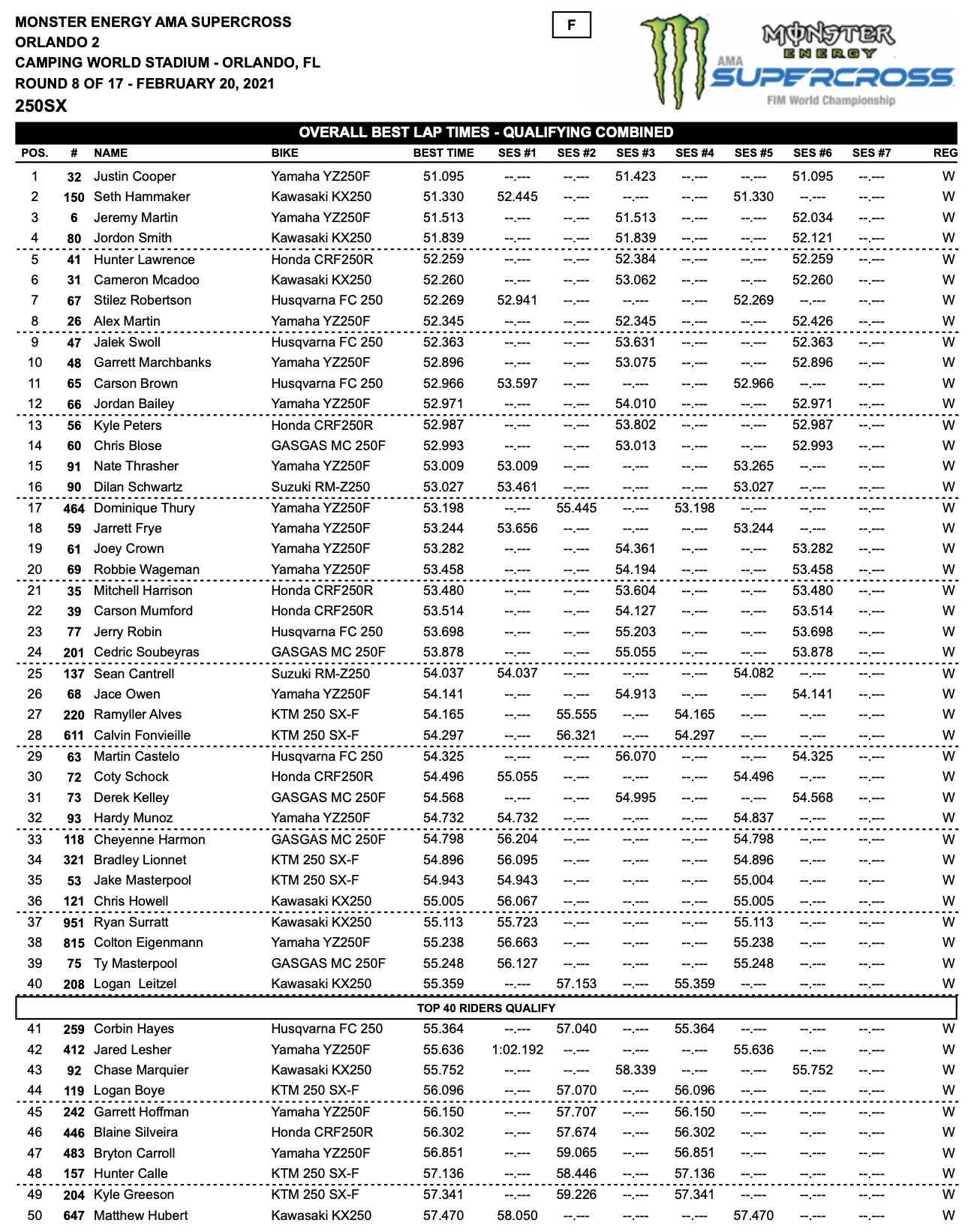 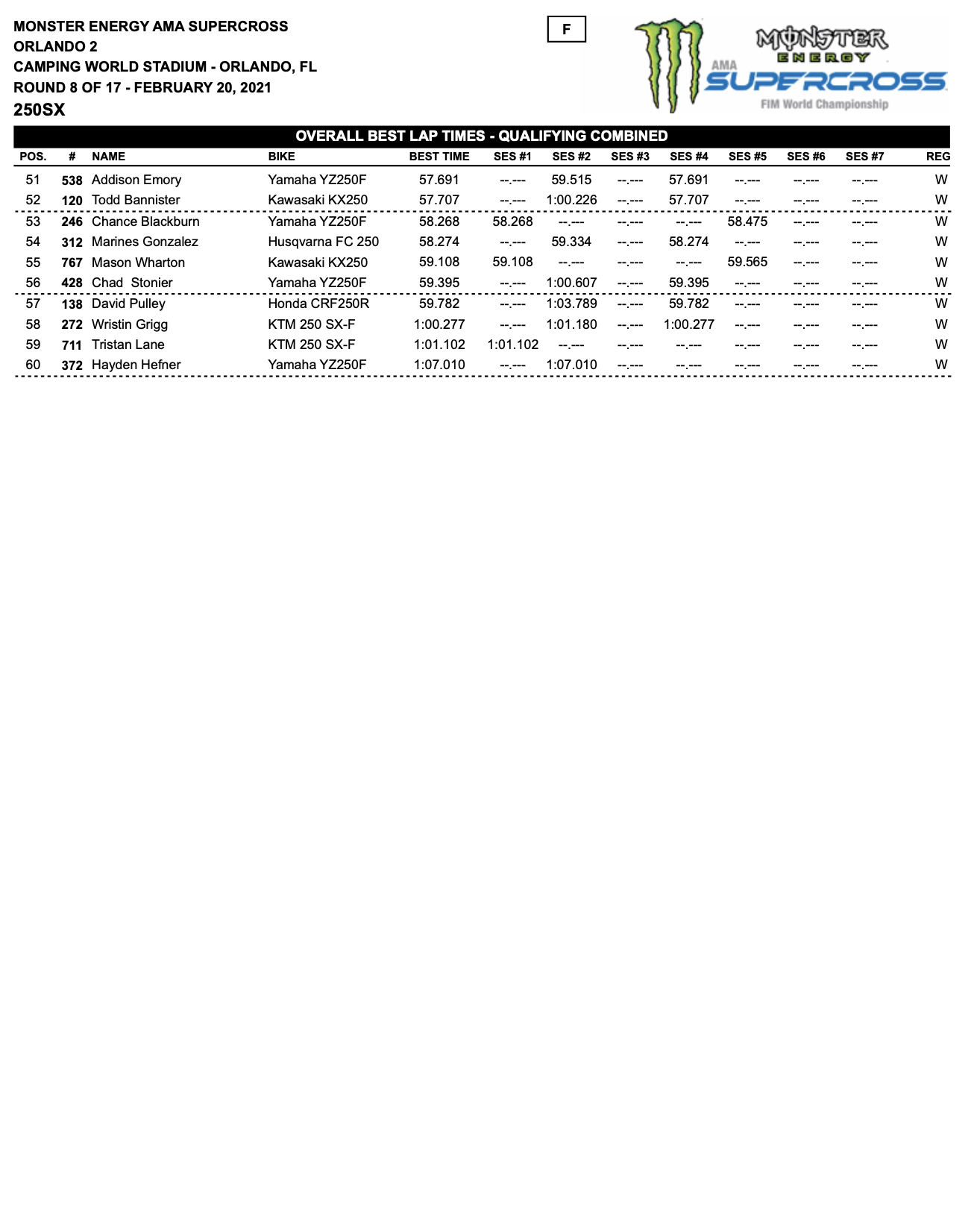 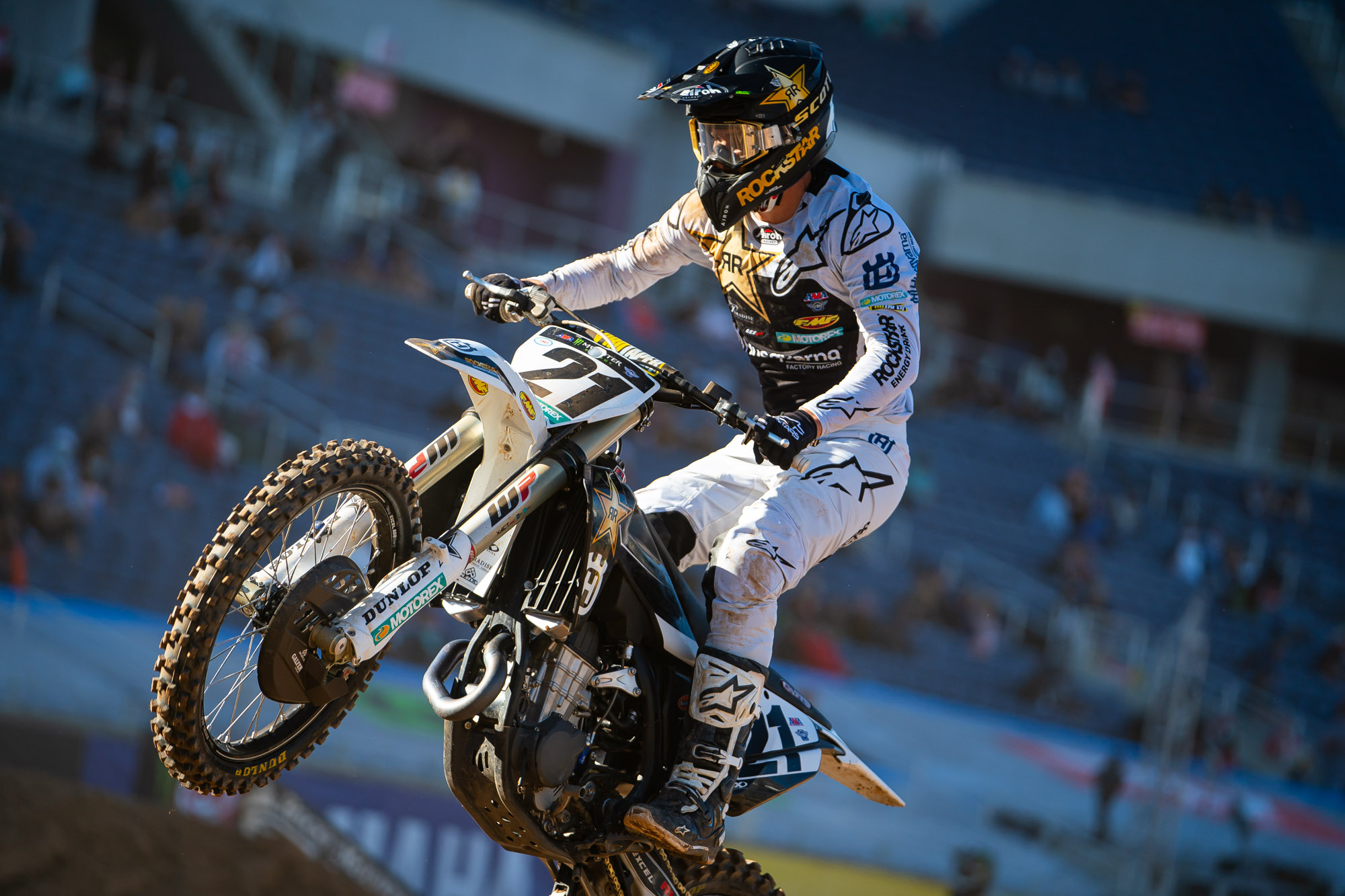 Jason Anderson waited until the last lap of the final Timed Qualifying session to put in his best lap of the day. A 50.161 by the Rockstar Energy Husqvarna Factory Racing rider was enough to get him to the top of the board for the first time this season.

Orlando One Supercross Main Event winner Cooper Webb was second on the sheets thanks to a 50.217 by the Red Bull KTM rider in the last practice.

Dylan Ferrandis bounced back from last week’s crash in big way. The Monster Energy/Star Racing/Yamaha rider clicked off a 50.237 in the first session, which was the fastest of that outing and third overall in the class. 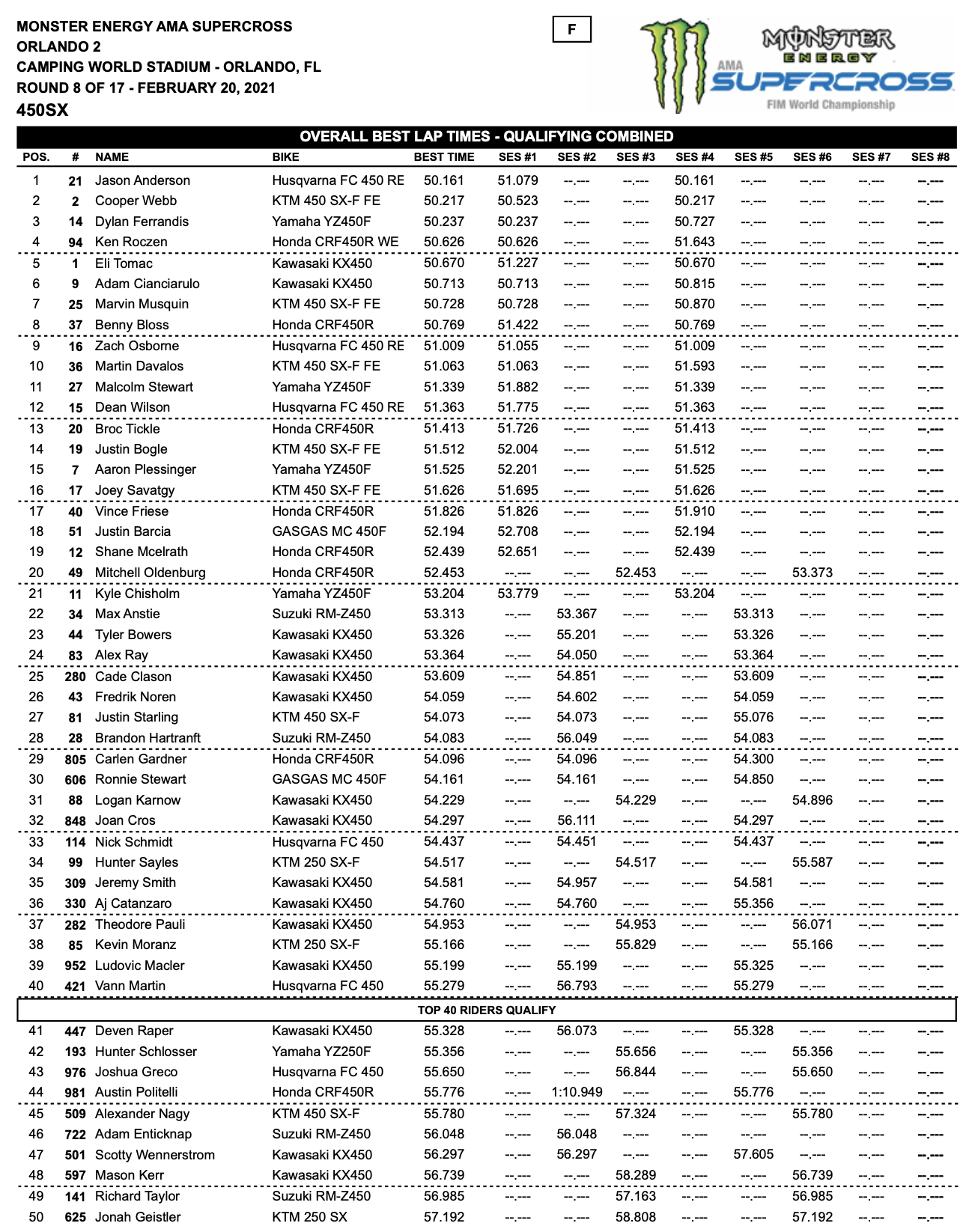 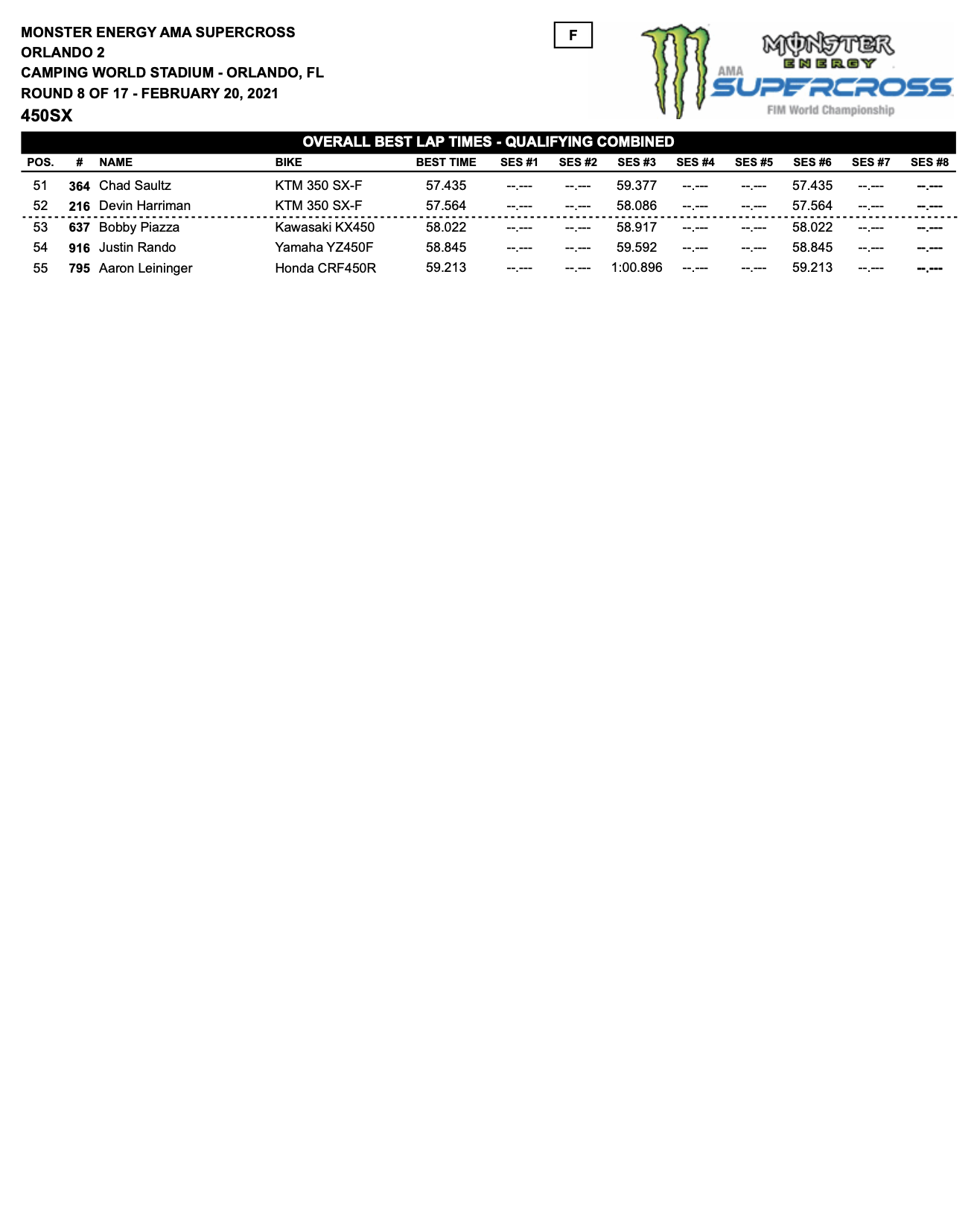