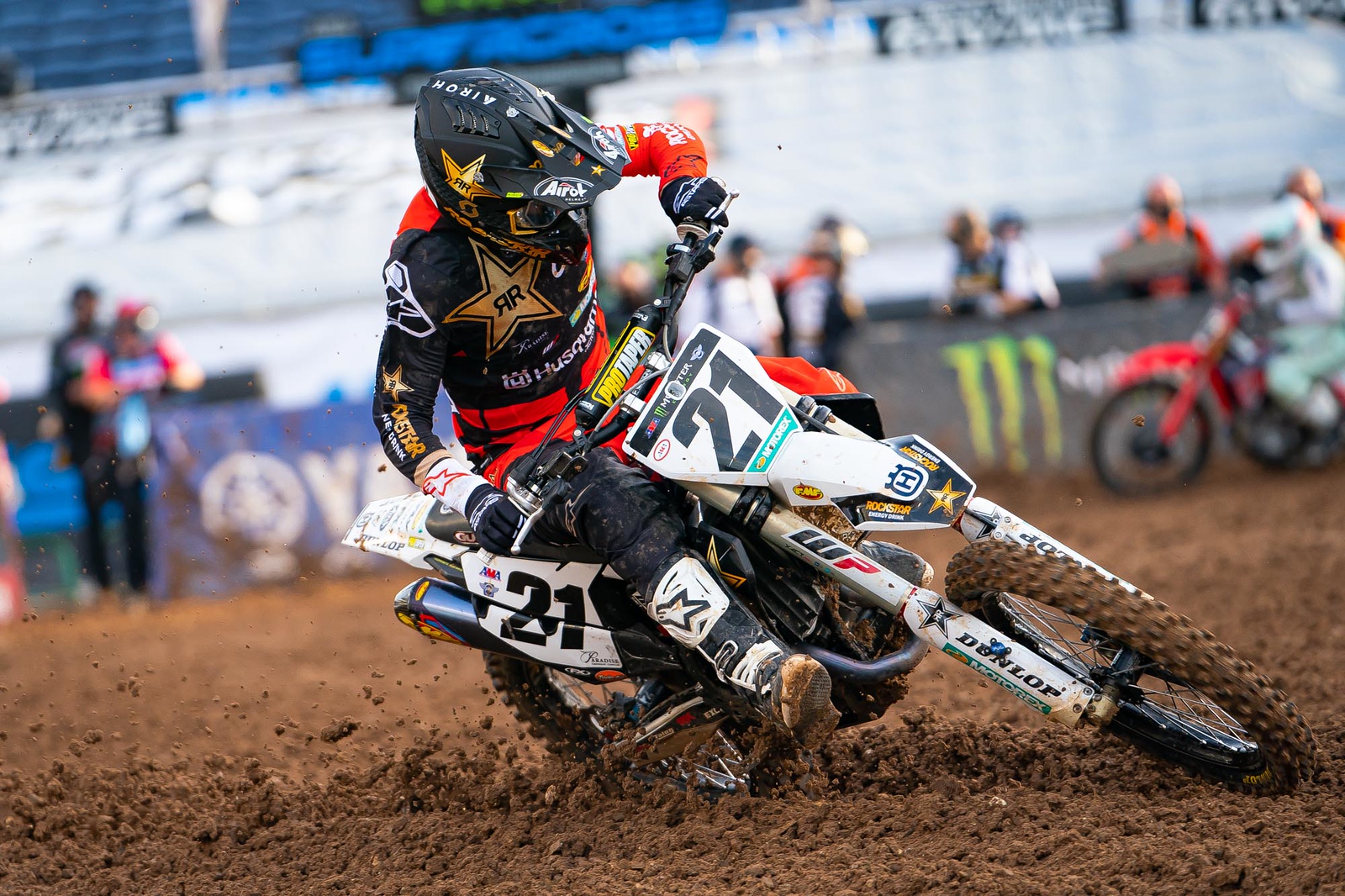 Fifteen down, two to go. The 2021 Monster Energy Supercross Series is ready to wrap up a long tour with a pair of events in Utah, beginning this weekend with the 2021 Salt Lake City One Supercross. This will bring the 250 East Coast Region back to the starting line in what will be the group’s final full point-paying Main Event of their season (yes, the East-West Showdown pays points but it’s not a standard race) and will put the 450 Class one step closer to the conclusion of the championship.

Here is the provisional entry list, known injury report, and race schedule for round sixteen. 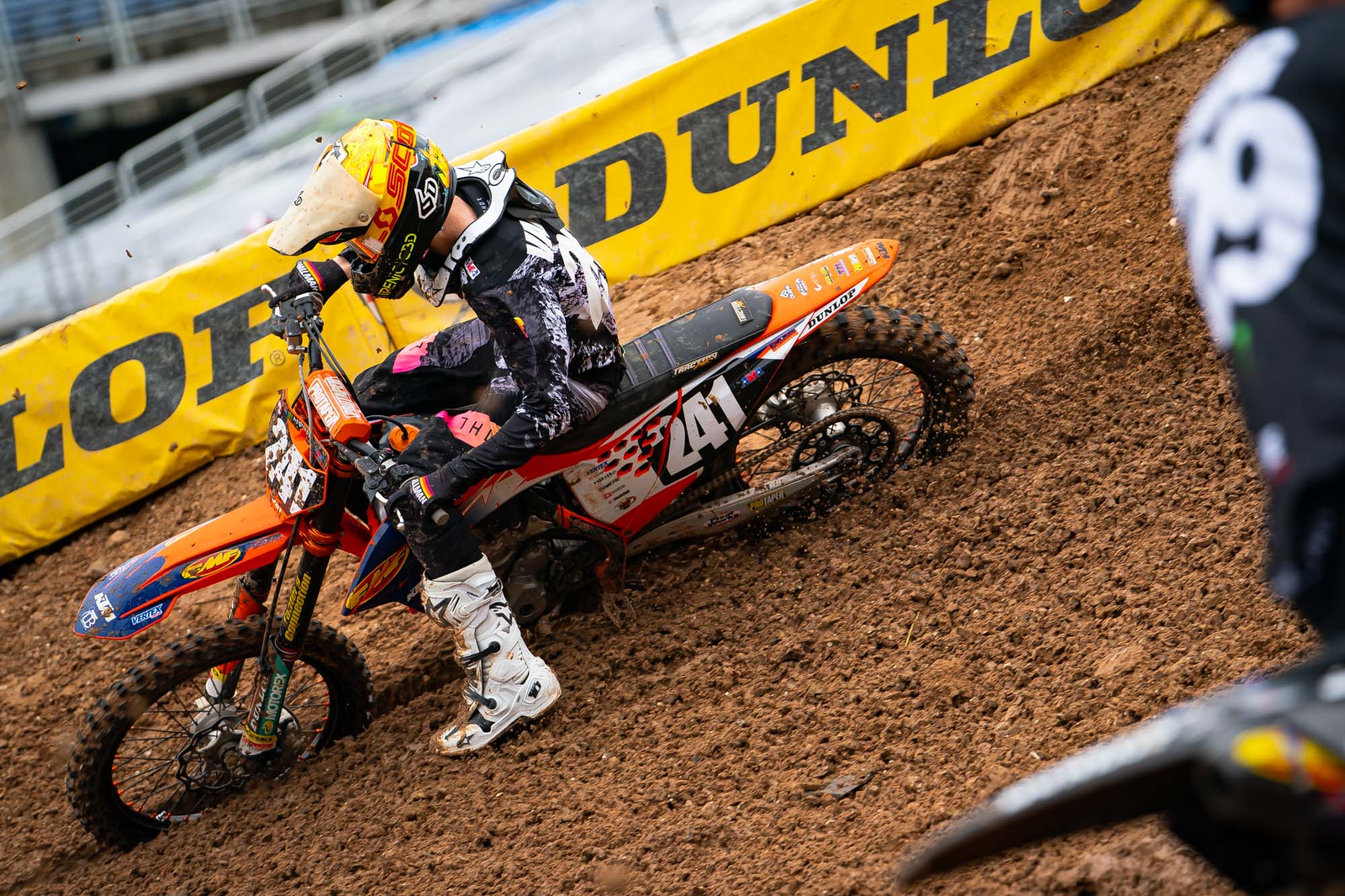 42. Michael Mosiman | The Troy Lee Designs/Red Bull/GASGAS Factory Racing rider broke his hand in three places at the Indianapolis Three Supercross but is back for the final rounds of SX.

49. Mitchell Oldenburg | The Muc-Off Honda rider broke his ring finger and cut his hand at Atlanta Two and is questionable for the final rounds of the SX season.

55. John Short | The BAR X/Chaparral/ECSTAR/Suzuki rider dinged his shoulder in a first-turn crash at Indianapolis Two and sat out Indianapolis Three, but will be back for the conclusion of the SX season.

914. Geran Stapleton | The Australian racer was sidelined with four broken ribs and three compression fractures of the vertebra after a Houston Two crash but is on the entry list for the Salt Lake City rounds.

974. Brian Marty | The privateer suffered a separated AC joint, broken elbow, and broken rib in a practice crash early in the season and underwent surgery to correct the damage season. He is back for the final Supercross rounds.

24. RJ Hampshire | The Rockstar Energy Husqvarna Factory Racing rider’s crash in Free Practice at round three left him with a significant wrist injury, including a perilunate dislocation, chipped ulna bone, and broken metacarpal. Hampshire will miss the remainder of SX but will be back for the start of Pro Motocross.

38. Austin Forkner | The Monster Energy/Pro Circuit/Kawasaki rider will be absent after a collarbone injury at Houston Three. He had surgery to have the fracture plated and will be on the starting line for the Pro Motocross series.

85. Kevin Moranz | Despite a hard crash and medical helicopter flight at Atlanta Two, the Kansas privateer has no significant injuries and will miss the final Supercross rounds.

99. Hunter Sayles | The Wisconsin privateer will miss the remainder of Supercross due to a torn ACL, an injury that required surgery.

115. Max Vohland | The Red Bull KTM rider will miss the final SX races after suffering a dislocated hip at the Indianapolis One Supercross but will be back for the start of Pro Motocross.

116. TJ Albright | The New York privateer will miss the final rounds of Supercross due to a knee injury that required surgery.

122. Jeremy Hand | The Ohio privateer will miss the final rounds of Supercross due to a case of COVID.

216. Devin Harriman | The Washington racer is dealing with an assortment of hand and elbow injuries and will miss the rest of Supercross.

384. Lorenzo Camporese | The Italian racer will miss the end of the Supercross season due to a broken ankle.

604. Max Miller | The Orange Brigade KTM rookie suffered multiple transverse fractures to the lumbar vertebra in his back at the Indianapolis races. Although he is back on the bike, he is out for the last Supercross rounds. 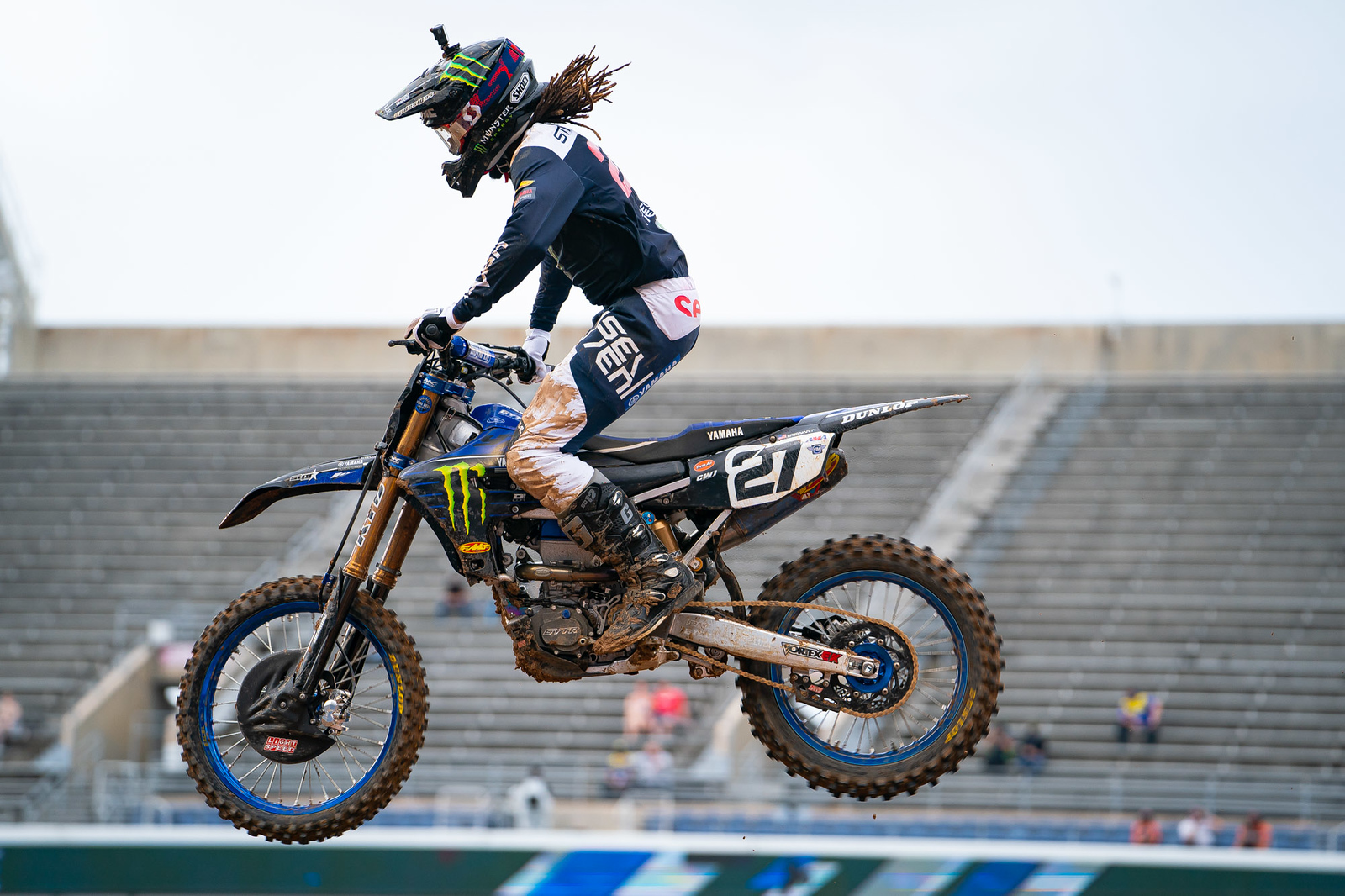 37. Benny Bloss | The Smartop/Bullfrog Spas/MotoConcepts/Honda rider has an ongoing ankle injury but will race in Salt Lake City.

10. Justin Brayton | The Muc-Off Honda rider injured his hand in a Heat Race crash at Arlington Two and will miss the remainder of Supercross.

11. Kyle Chisholm | The Florida privateer had a hard crash and shoulder injury at Atlanta Two and missed Atlanta Three. He is currently absent from the Salt Lake City entry lists.

19. Justin Bogle | The Rocky Mountain ATV-MC/WPS/KTM has an assortment of shoulder injuries from a hard crash at Arlington Three and was unable to race in Atlanta. He is currently absent from the Salt Lake City entry lists.

40. Vince Friese | The SmarTop/Bullfrog Spas/MotoConcepts/Honda rider sat recent rounds due to a hard crash at Atlanta One and sore ribs. He is currently absent from the Salt Lake City entry lists.

952. Ludovic Macler | The French rider has finished his limited time racing in the US with Team PRMX. 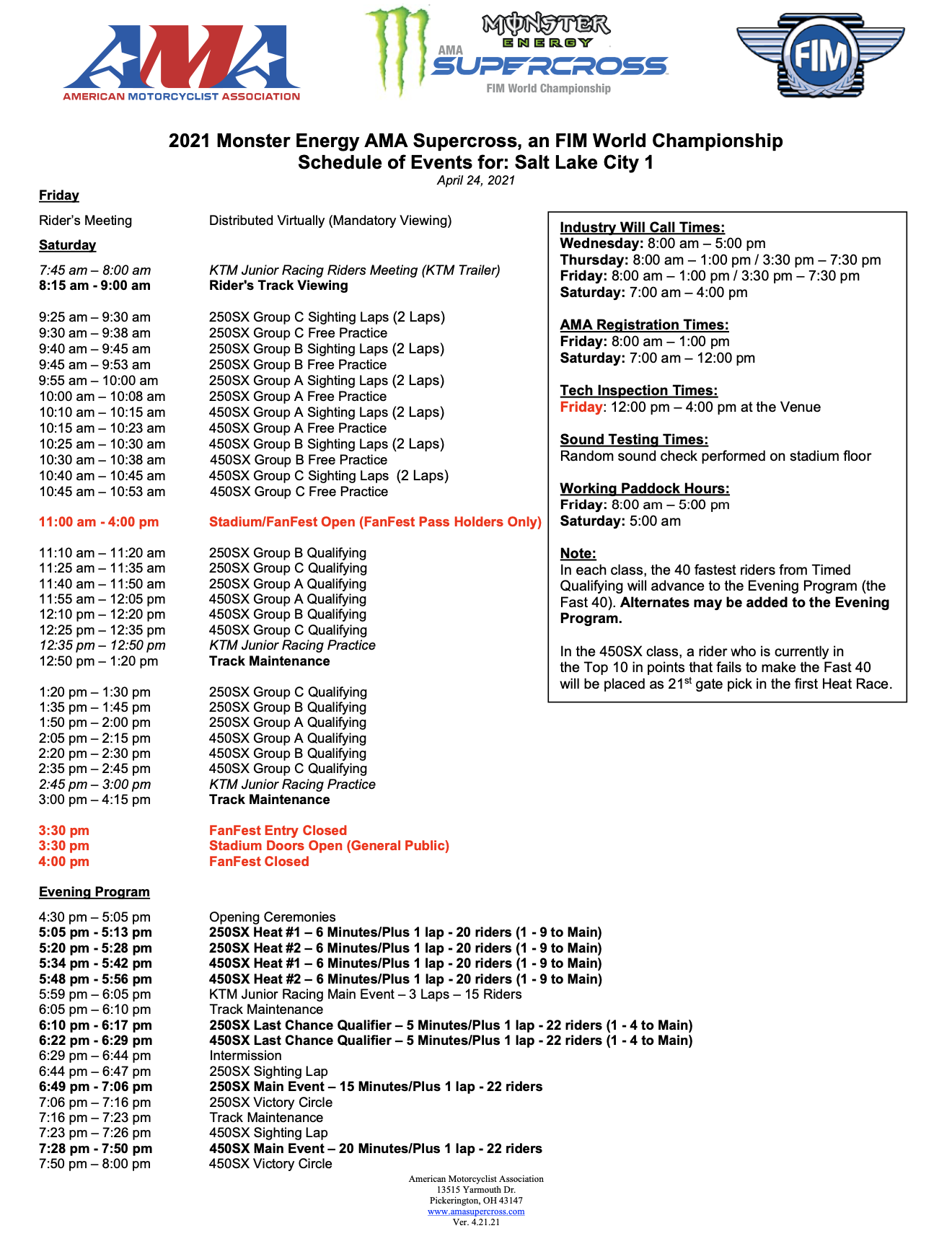