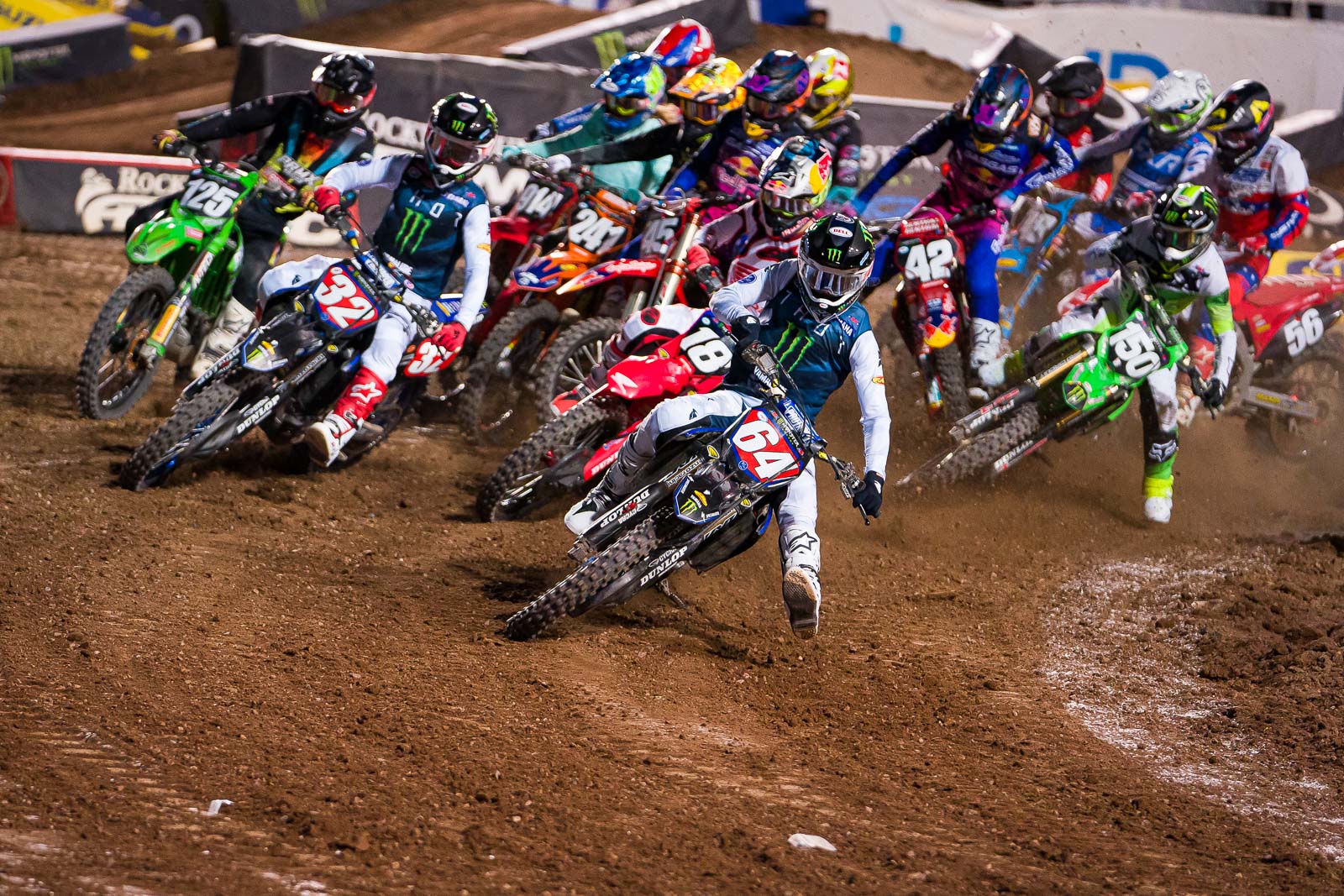 The final round of the 2021 Monster Energy Supercross Series had everything a race fan could ask for. All three titles were up for grabs going into the 2021 Salt Lake City Two Supercross, and although the points difference between contenders was double-digit, the potential for a long race on a short track made it seem like anything could happen. The 250 East-West Showdown delivered in terms of action and emotion, as a pile-up in the first turn caught a few riders while Colt Nichols and Jett Lawrence raced at the front of the field. Lawrence would eventually make a pass on Nichols for the top spot and continued the tradition of a young, promising rider winning the Showdown, and he was joined on the podium by brother Hunter, who finished in third. For Nichols and Justin Cooper, the night was about winning their respective regions, and both did more than enough to earn the 1E and 1W plates.

Cooper Webb and Ken Roczen’s rivalry was on display in the 450 Main Event, as Roczen got ahead early and kept Webb at bay with a number of blocking maneuvers. Chase Sexton put in a hard charge through the middle of the race to get by both riders and take the lead, but as the laps clicked off, Webb got back into a groove, tracked down both riders, and made decisive passes on them to earn his eighth win of the year and second 450 SX title.

Check out the highlights and results from the last round of the 2021 Supercross season. 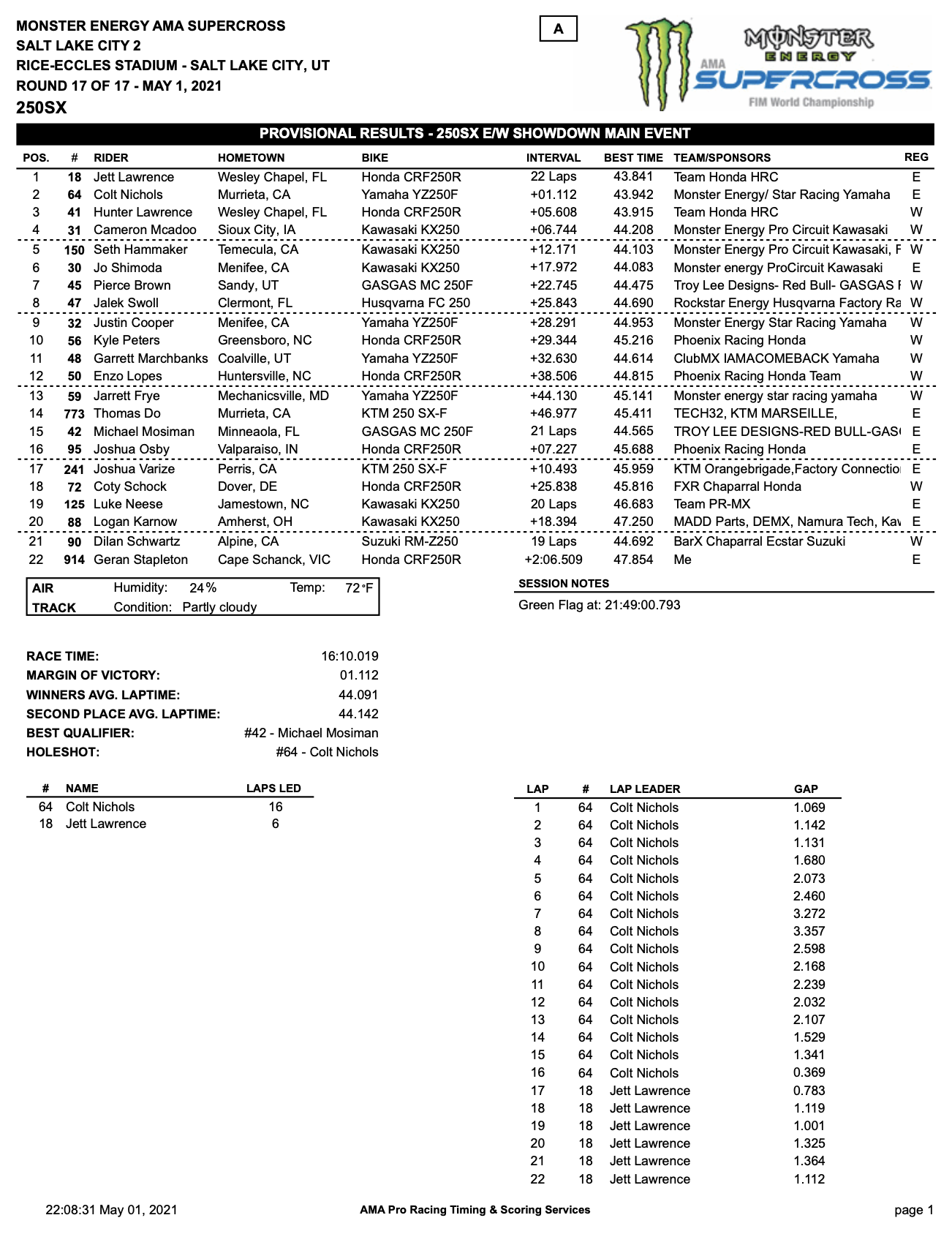 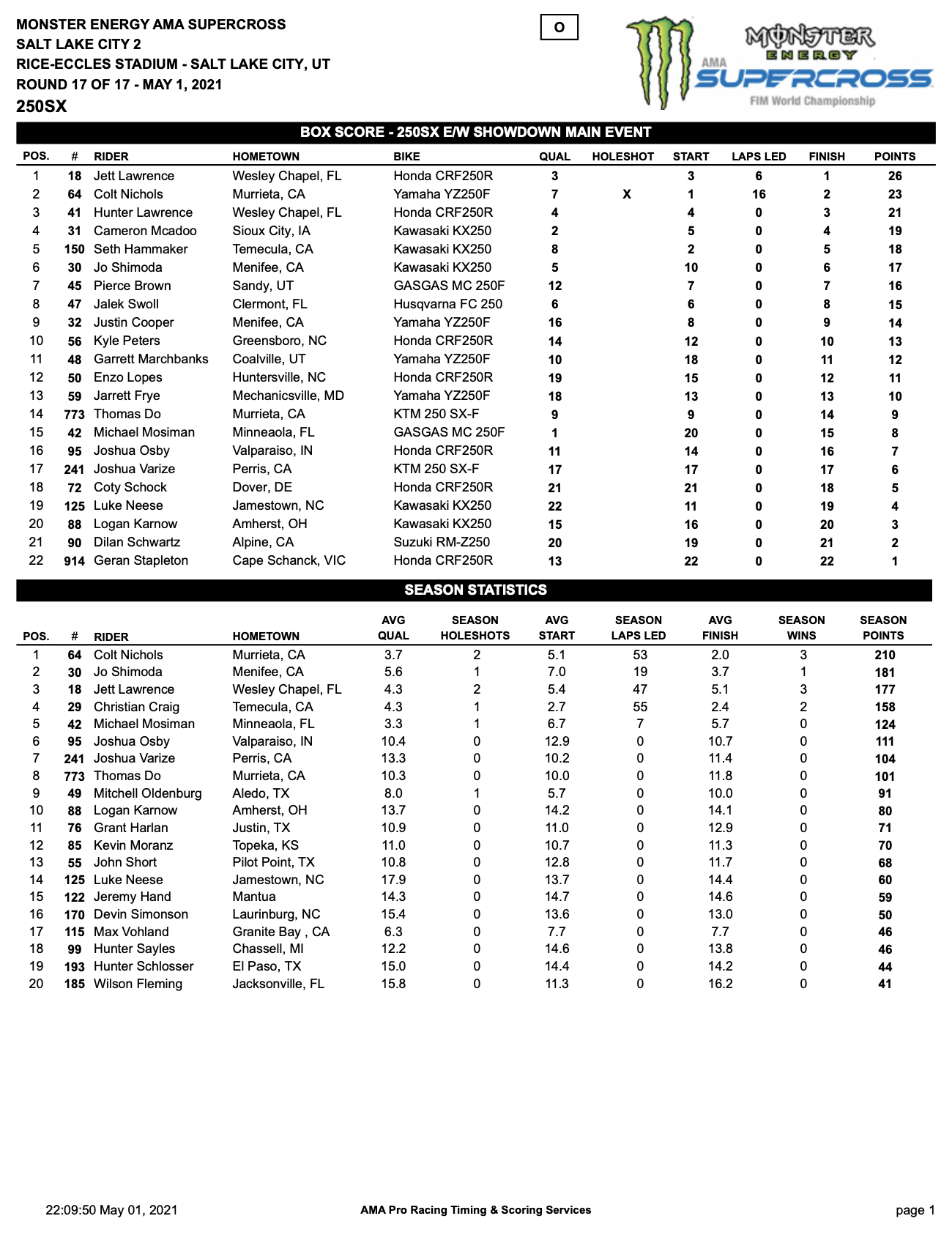 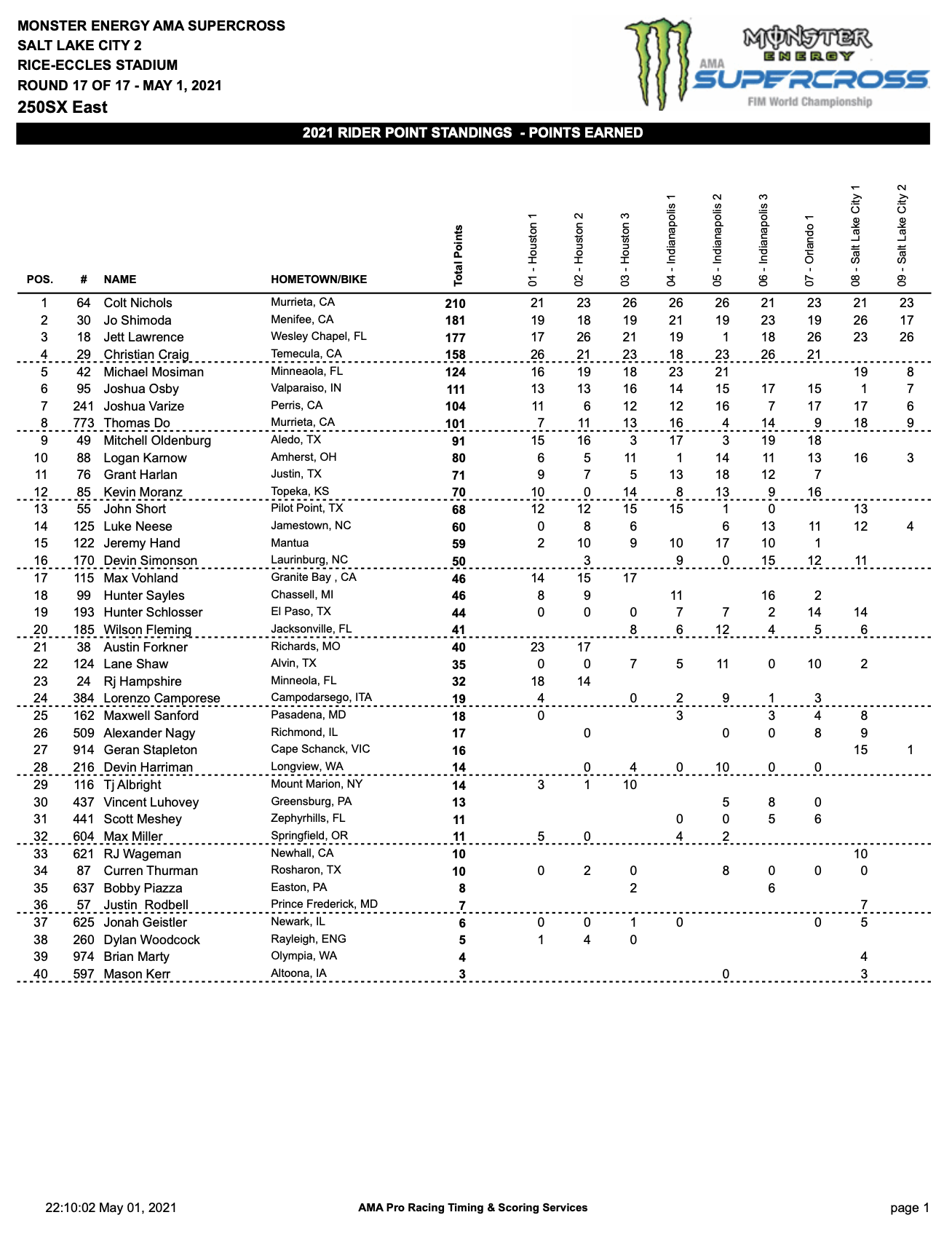 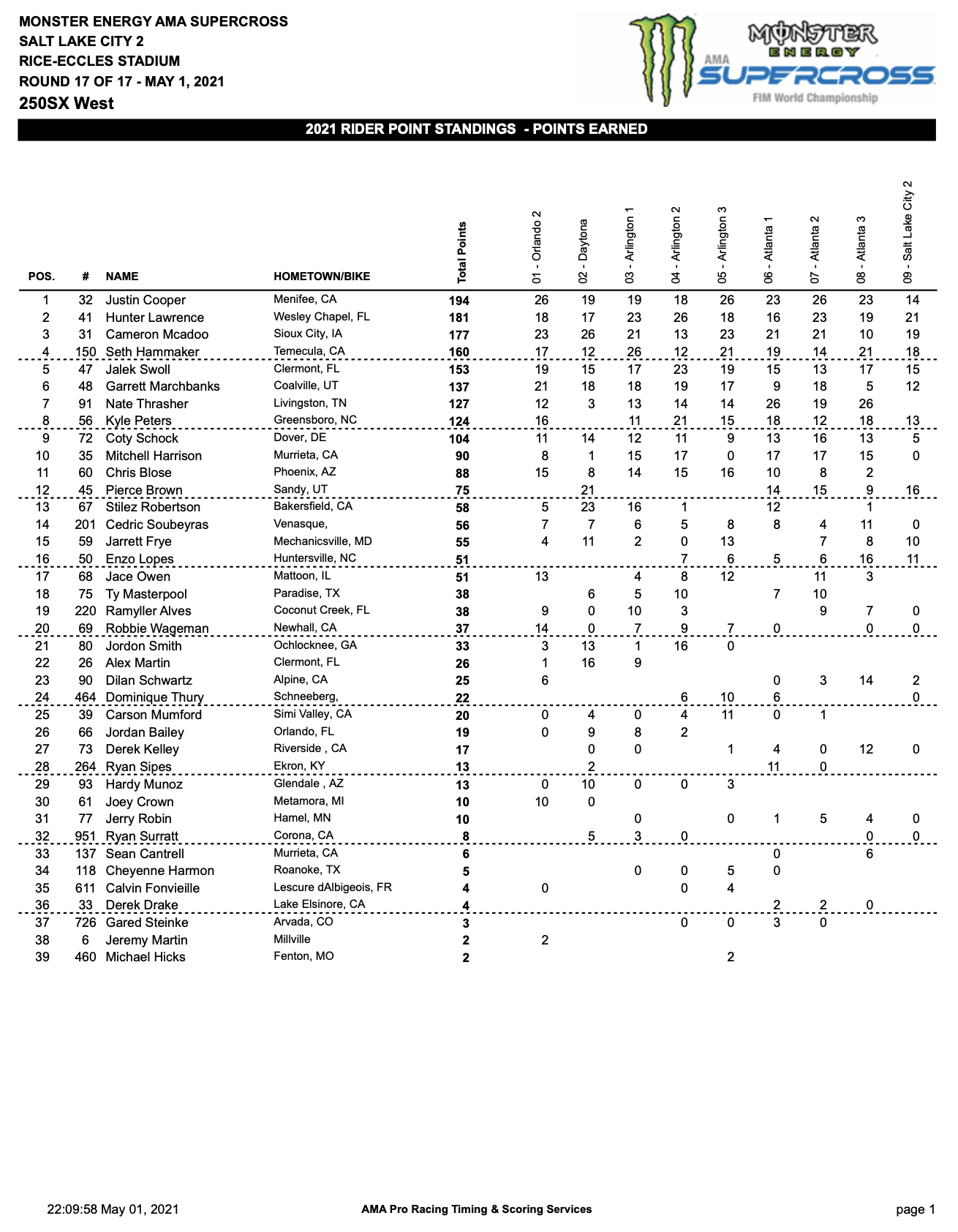 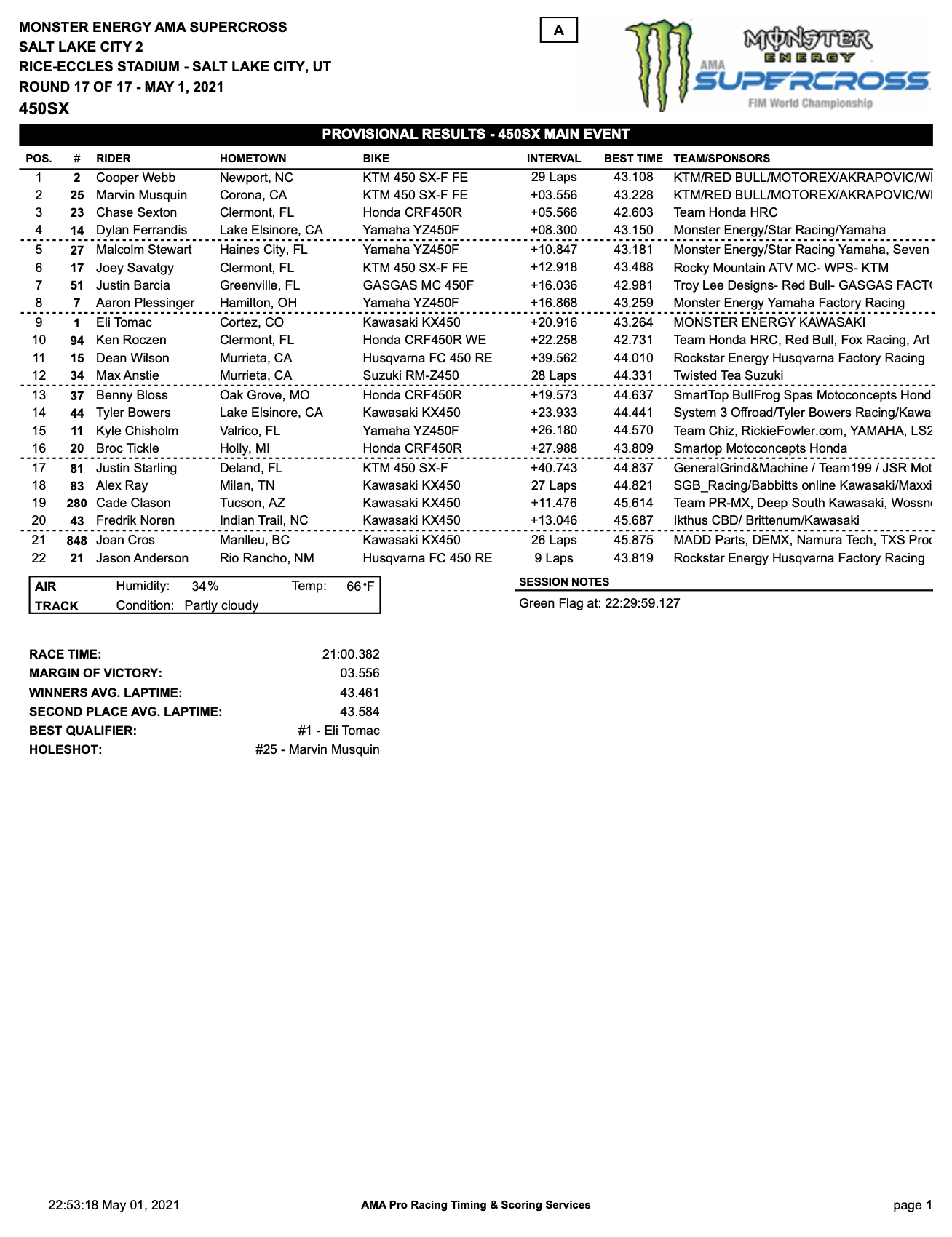 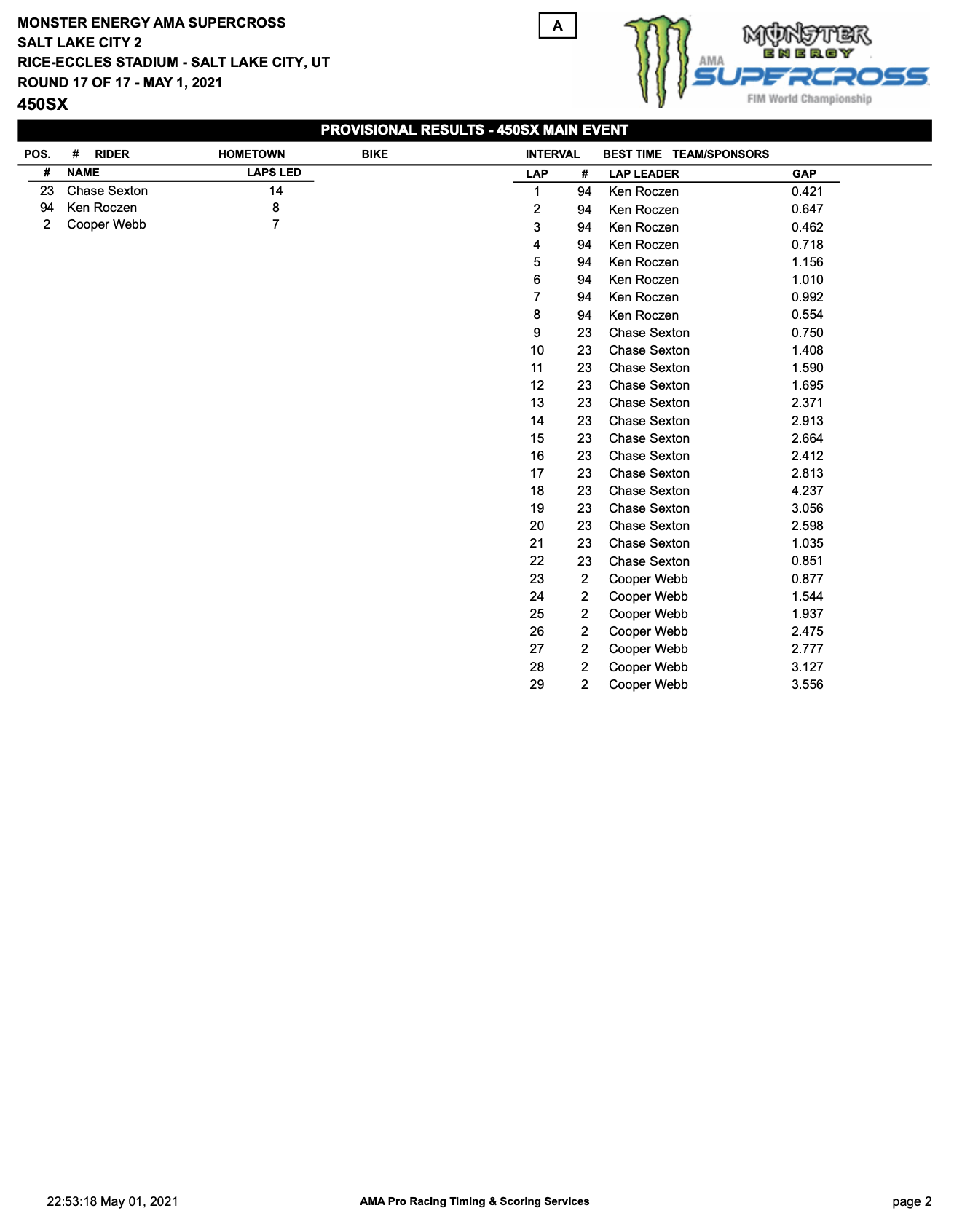 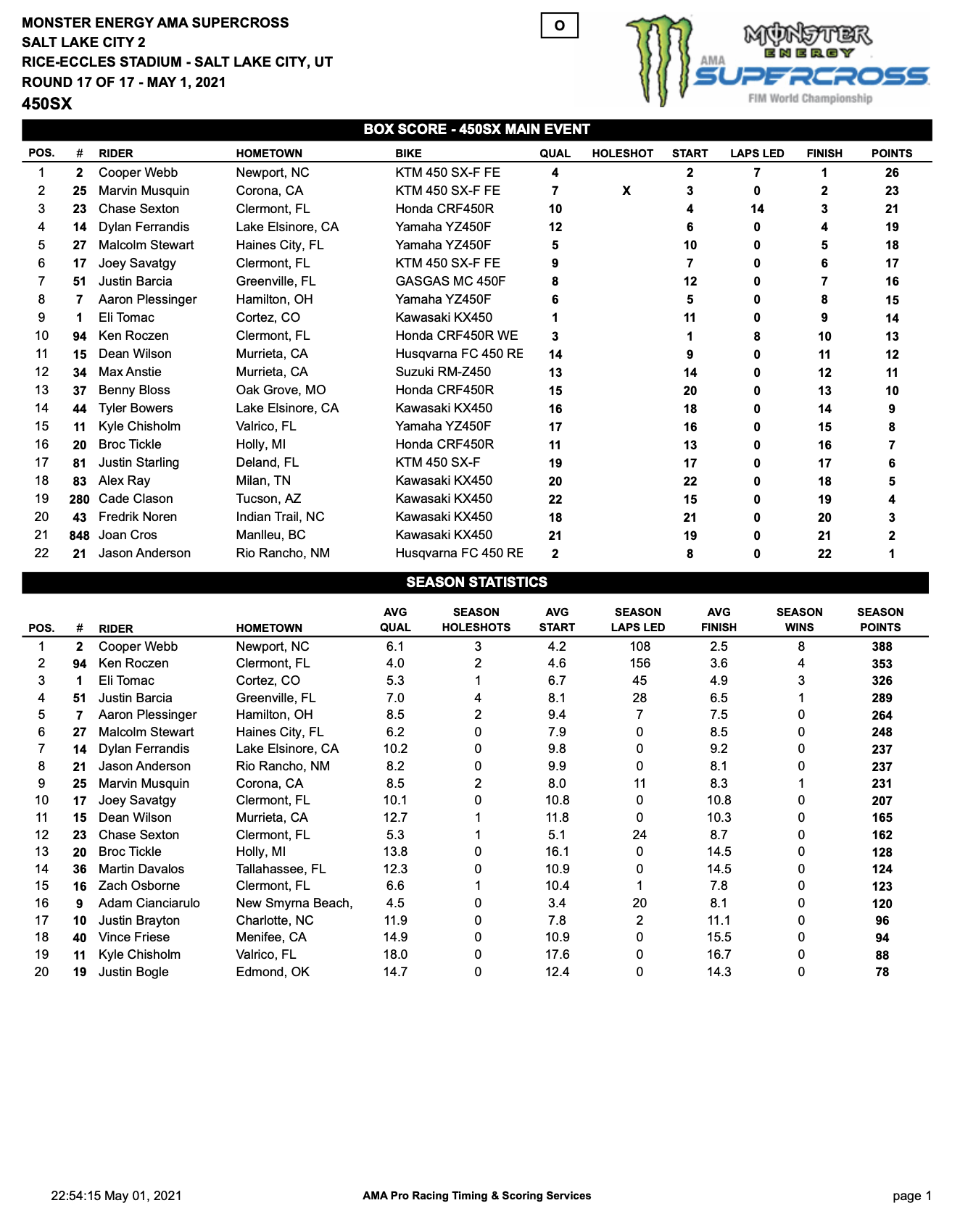 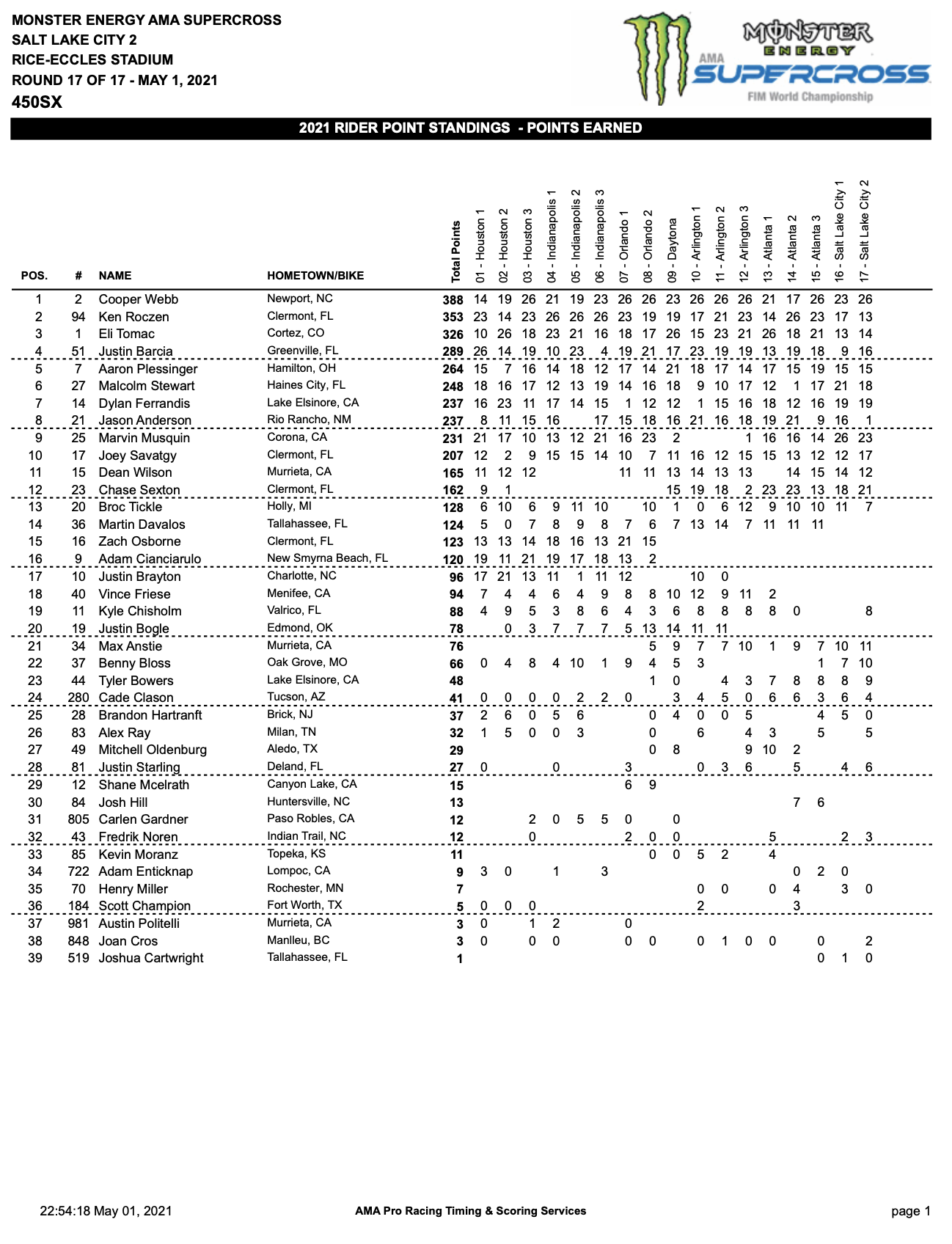