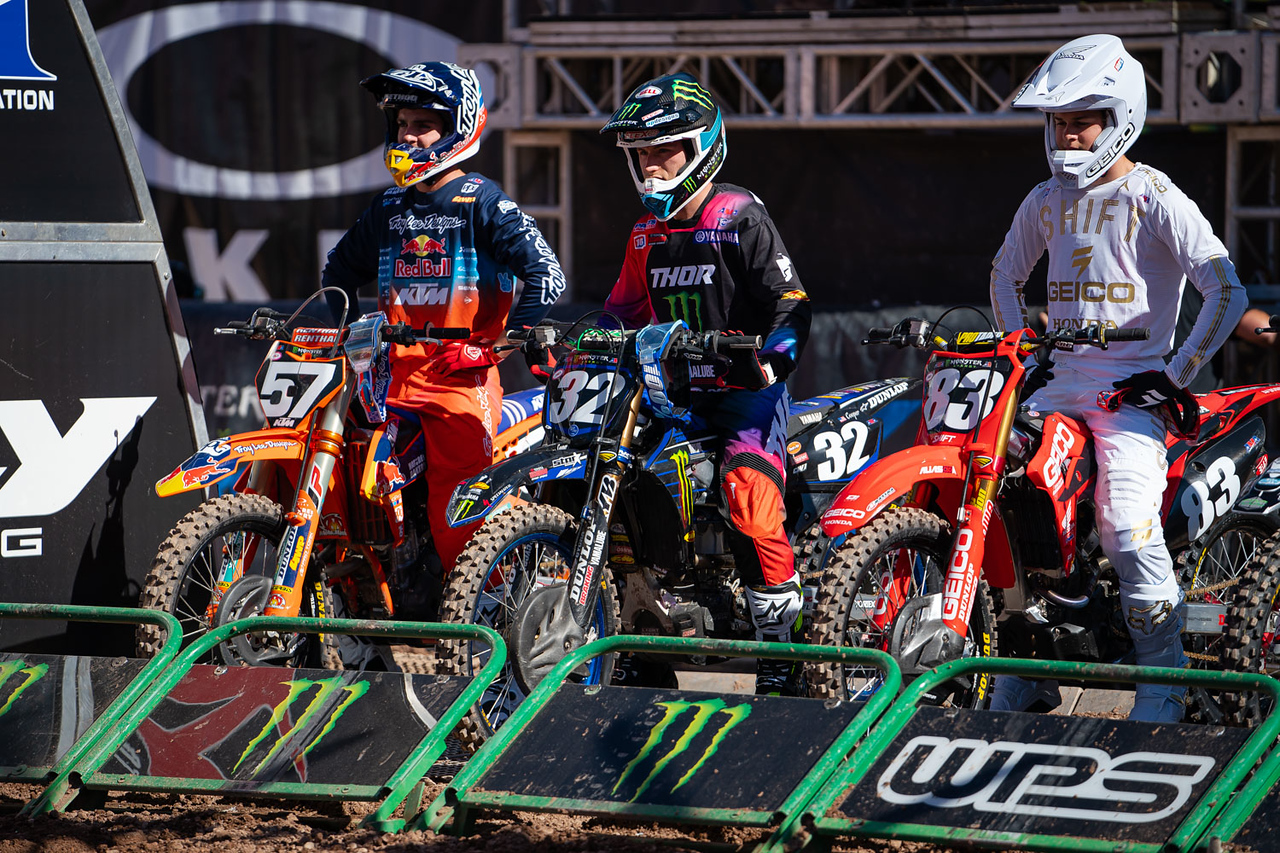 Over the last few weeks, we’ve learned more about the rider and team pairings for the 2021 Supercross race season, either through conversations with our sources in the industry or through official announcements. Yes, all of this news is coming much later in the year than normal, and yes, the chaos of 2020 is partly to blame.

Our sport is in for some major changes in 2021. Getting through the past year was the priority and over the last few months we saw the closure of GEICO Honda and JGR, a restructure of KTM’s program, the introduction of GASGAS to American motocross, contract extensions, or changes from one team to another by riders.

In these two videos, we cover the confirmed rider-team rosters for the upcoming season and discuss some of the deals we’ve heard are strongly rumored or close to being done. (Note: the 450 Class video was originally posted on November 13, 2020.)

The 2021 Monster Energy Supercross Series is scheduled to start on January 16 in Houston, Texas. Feld Entertainment has just released digital renderings of the track maps for the first six races and tickets are now on sale.