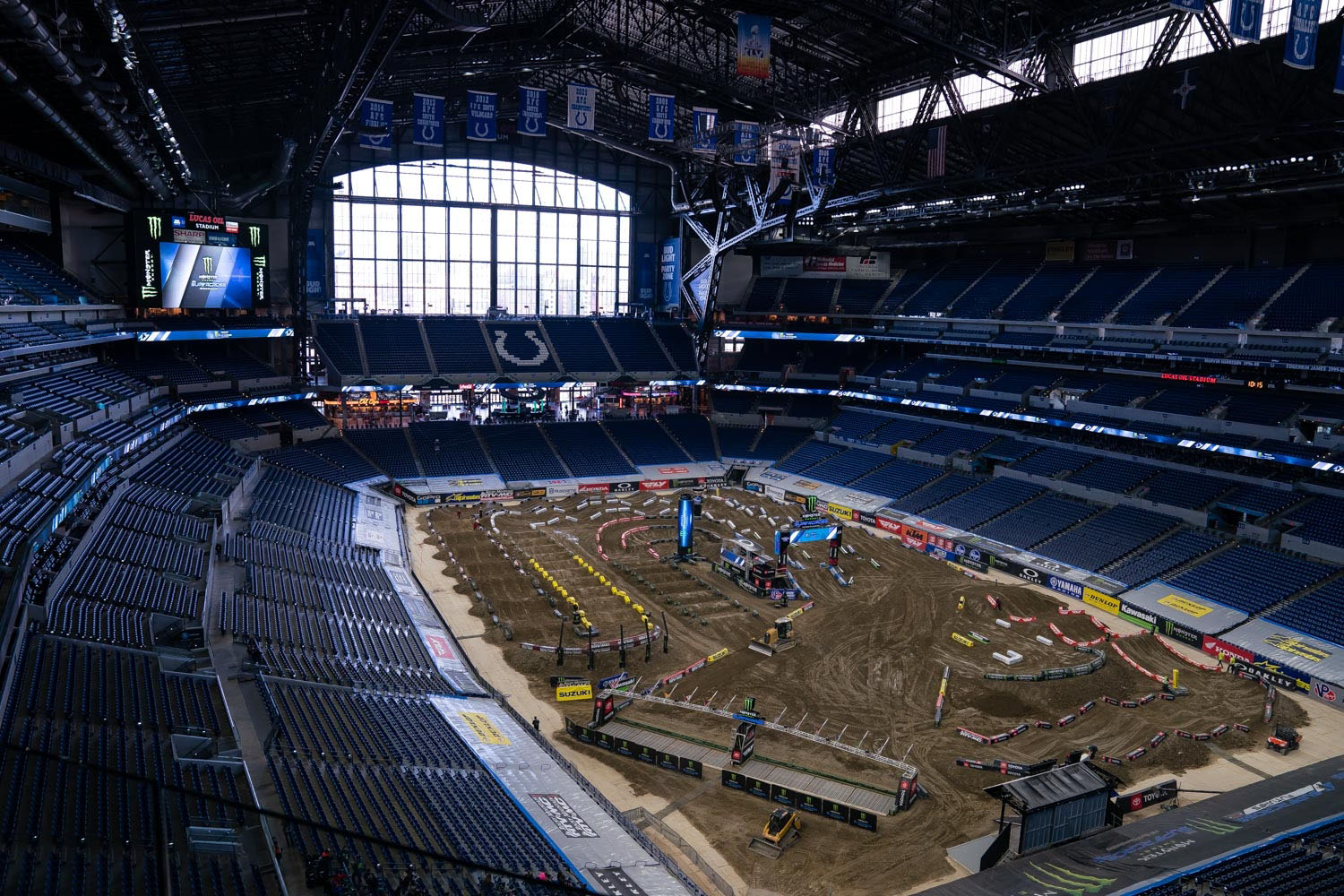 Feld Entertainment has announced further changes to the 2021 Monster Energy Supercross Series, with an additional round now set to take place in Indianapolis and rearranged dates for the Arlington tripleheader.

The early plans of the Supercross schedule remain the same, as the series will start on January 16 in Houston, go to Indianapolis of the increased set of three, and then a break from action for much of February.

The series will resume as planned on February 20 with a triple-header in Glendale and Daytona for one race on March 6, but will now go right into the Arlington races, which have been moved to Saturday, March 13, Tuesday, March 16, and Saturday, March 20. This eliminates the two-week break that was originally set to split the Daytona and Arlington rounds, which will now be a run of seven consecutive races.

Dates and locations for rounds fourteen through seventeen are still “To Be Announced,” but the series is still set to conclude at Rice-Eccles Stadium sometime in the spring.

Rounds Fourteen-Sixteen
To Be Announced At A Later Date

Three Rounds of the 17-Round Championship will be announced later as will the remaining Eastern Regional and Western Regional 250SX Class races, Triple Crown, and East/West 250SX Showdown events.

Tickets for the first six Rounds in Houston and Indianapolis will go on sale to the general public on Tuesday, December 8. Preferred customers can sign up in advance for early access to purchase tickets a week prior, starting Tuesday, December 1 by visiting the schedule and tickets page.