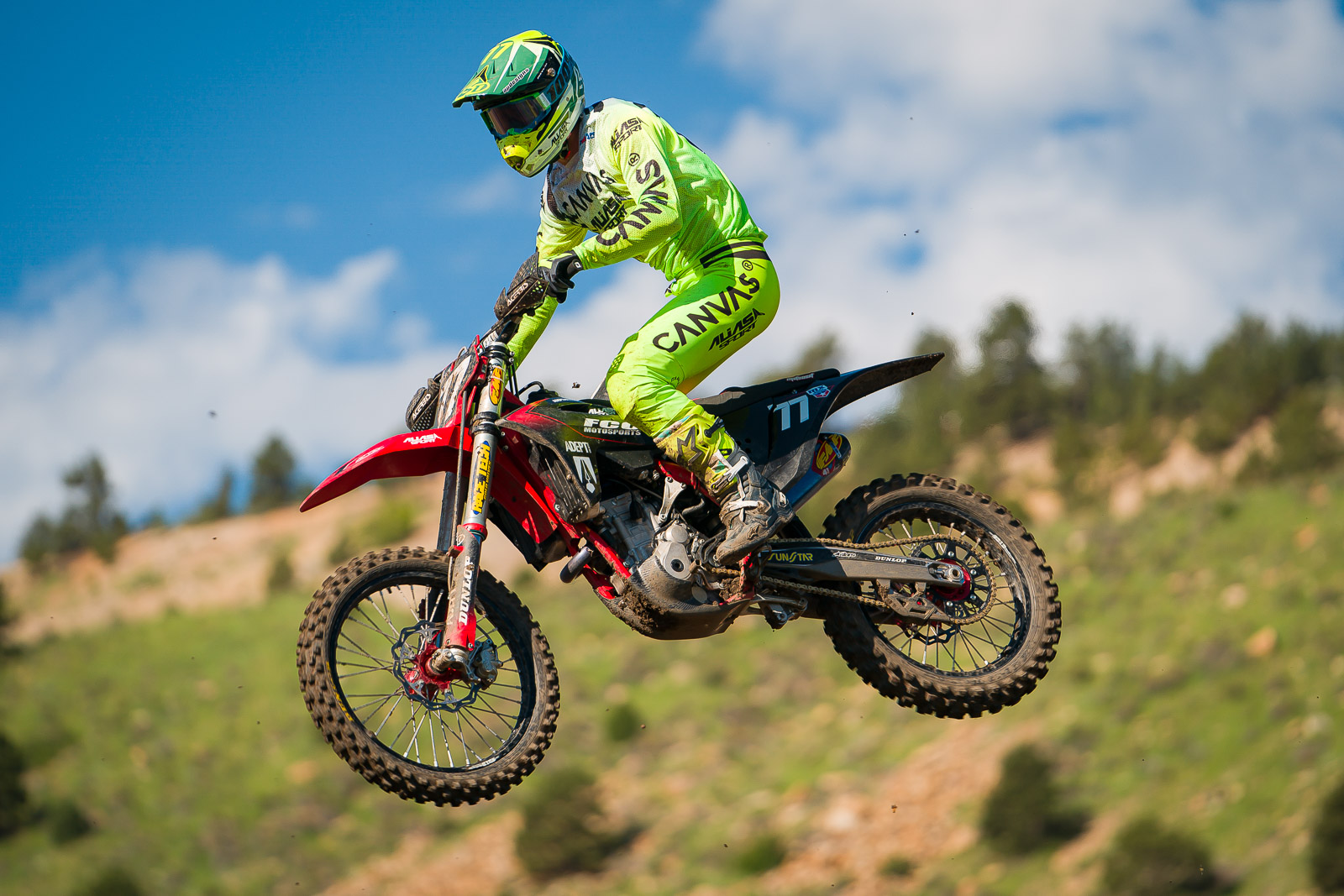 A hard crash by Jerry Robin and a red flag in 250 Moto One at the 2021 Thunder Valley Motocross made for a few tense moments at the second round of the 2021 Lucas Oil Pro Motocross Championship, but fortunately, the independent rider is mostly unharmed after the incident.

Robin’s wreck happened during the opening lap of the race, just before the drop-off of the second descent of the long hillside, and left him unconscious on the track. Alpinestars Mobile Medical staff members were quick to his side and MX Sports Pro Racing officials threw the red flag just as the pack crossed the finish line, which allowed Robin to be loaded onto a backboard and taken to a nearby hospital for CT scans.

A social media update by Robin’s girlfriend later in the evening explained that the examination had come back clear of any serious injuries, aside from a concussion, and he was cleared to leave the hospital and head back to Southern California by the end of the weekend.

This is Robin’s second issue in two races; he was pinned down underneath his bike and burned on his back after an incident at Fox Raceway, but was able to race despite the pain.