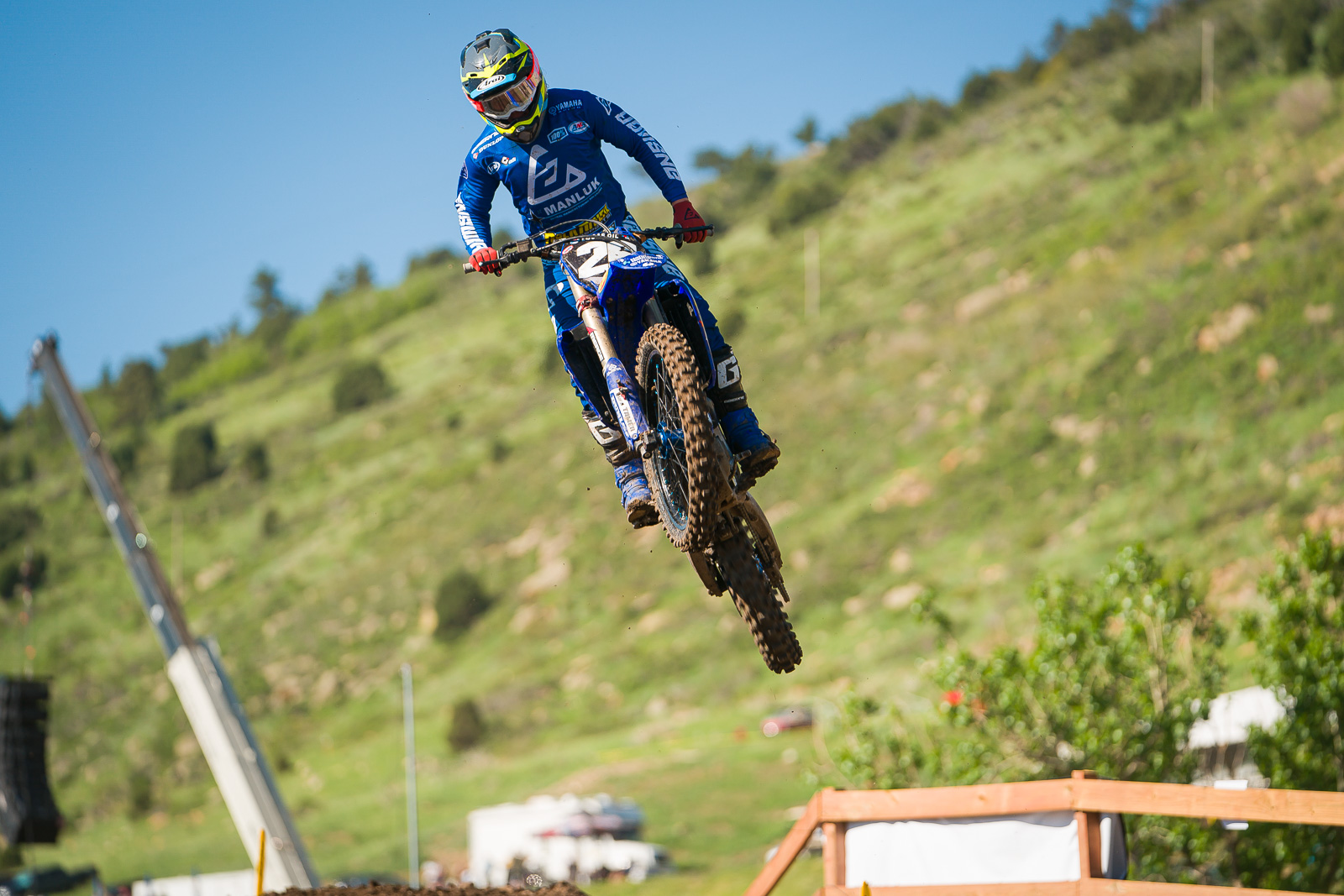 The Martin brothers had a rough day at the 2021 Thunder Valley Motocross, as both suffered injuries that will disrupt their run in the 2021 Lucas Oil Pro Motocross Championship. Strangely and unfortunately, this is the second time this year that Alex and Jeremy have been hurt on the same day at the same race.

Alex’s crash occurred during the second Timed Qualifying session; the Manluk/Rock River Yamaha/Merge Racing rider jumped down from the very top of the track, landed in a soft patch on the side of the lane, and tumbled down the mountainside. Martin broke the ulna and radius bones in his right arm and had surgery on Saturday night to repair the damage. “I landed in some soft dirt on the side of the track and that’s all she wrote! I fractured the radius, and ulna in my right arm, good news is I was able to get surgery yesterday already,” he stated on Instagram. He will likely miss most of the remaining races, but a return later in the season is possible.

Jeremy’s incident happened later in the day and was also caused by a spongy spot on the track. The Monster Energy/Star Racing/Yamaha rider was in contention for the day’s overall after a win in 250 Moto One until a bad start in 250 Moto Two forced him to fight his way through the pack; he was near the top-10 at the end of Lap Three when the bike’s front-end knifed near the landing of an uphill triple and triggered a hard crash. He attempted to rejoin the race after a labored remount and repairs in the mechanic’s area but pulled off after one loop around the track.

The two-time champion was no-so-secretively dealing with injuries (a weakened left shoulder from the Orlando Two Supercross crash and fractured scaphoid in his right wrist) but was hopeful that he could avoid further damage through the summer series. Unfortunately, this crash seemed to hit these spots the worst.

“I’ve been managing a left fractured wrist to the Scaphoid for months and a bum left shoulder. I still felt like I could be competitive to win races and contend for this outdoor championship,” he shared on Instagram. It seems like Jeremy will take time off to have both problems repaired, as he concluded the post by saying, “Unfortunately stuff happens and it’s time to get healthy.” Despite the DNF, he is still ranked third overall in the 250 Class Championship standings with 72 points.