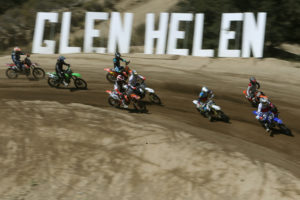 And that’s a wrap! The Trans Am Vet Classic is officially in the books, as the annual three-day event took place this past weekend at Glen Helen Raceway. The partly cloudy skies sheltered the San Bernnadino, CA facility all weekend long, providing racers and spectators with ultimate weather conditions for a few days of racing. The crew at Glen Helen Raceway had the unique track layout prepped to perfection, as the hills on both the National and Vet tracks awaited hundreds of racers. Once the gate dropped, both days of racing seemed to blow right by, as several classes worked through their two moto format flawlessly. As the dust is now settled at Glen Helen, we’re going to attempt to recap the highlights from this year’s Vet Classic in this race report. If you’re here for race photos, scroll below, where pictures of each racer are sorted by moto. 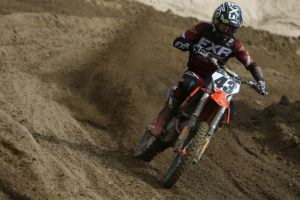 Alright, let’s get to the fast dudes. Keep in mind while we are recapping the race weekend that Saturday and Sunday were two separate days of racing. Rewinding back to Saturday’s first day of racing, to absolutely no ones surprise, Fredrik Noren was clearly the fastest guy on track. The current professional supercross and motocross racer came out to Glen Helen Raceway to log some gate drops aboard his new orange ride, as he made the switch from Kawasaki’s to KTM’s for the outdoor season. Fast Freddie went 1-1 in the 25+ Pro class and left Glen Helen with some confidence as he heads into round one of the Lucas Oil Pro Motocross season this coming weekend. 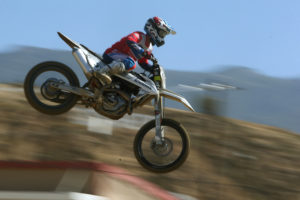 As for day two of racing at the Trans Am Vet Classic, long-time Swapmoto race series regular Sean Lipanovich had quite a successful day at Glen Helen. Sean managed to snag a moto win on Saturday, but he seemed to lay down even faster laps on Sunday, as he picked up the win in every moto he lined up for. At the end of the day, Sean had laid down the fastest laps of the day and earned the overall win in both the 30+ Pro and 25+ Pro classes. 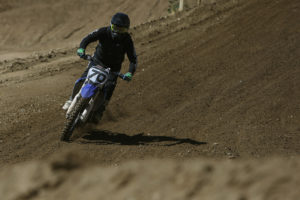 Moving on to arguably the most exciting class at the Trans Am Vet Classic, and certainly the largest… literally. Twenty racers lined up for the over-sized class on Saturday, meaning at least 8,400 pounds rocketed through the legendary Talladega turn at Glen Helen Raceway. Alan Jullien made his way to the front of the pack in both motos and seemed to claim the overall victory in the Clydesdale class with ease. Alan then went on to snag two third place finishes in the 50+ Expert class on Saturday. 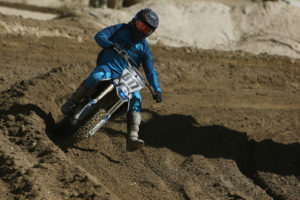 As for Sunday’s race, the competition in the Clydesdale class was a little lighter. However, Dustin Pulliam made his Vet Classic appearance and held an obvious upper-hand on the rest of the field in the unique class. Dustin snagged both moto wins in the Clydesdale class after inching away from his competitors section after section. Dustin then went on to snag two more podium results in the 30+ Pro class before ending his day. 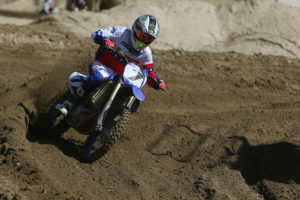 Out of both days of racing and 54 separate gate-drops, it’s hard to deny Pete Murray some well deserved attention. Pete lined up for four individual races on both Saturday and Sunday, and out of the eight motos, Pete crossed the finish line first in all but one moto. That’s right, Murray rode his number-7 Yamaha to seven moto wins and four overall class victories in both the 50+ and 60+ Expert classes. Pete’s a familiar face at the Trans Am Vet Classic, as he logged-in some motos at last year’s event as well. However, his constant placement at the front of the pack, this year, was nothing but impressive. 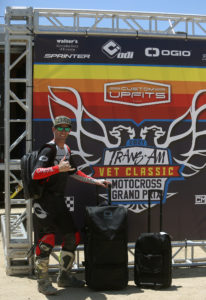 Thanks to wonderful sponsors, the Trans Am Vet Classic has always had some cool prizes for racers, even ones that maybe don’t win on the track. This year, the crew at OGIO Powersports put together the Kings of the Road prize pack. At the end of the event, we took a look at race entries and did some math to find out who traveled the furthest to race at our annual vet-exclusive event. The winner, Nick Abbot, was rewarded with an OGIO Trucker gear bag, Drifter backpack, and ONU-22 Carry-On after traveling all the way from Honolulu, Hawaii for the Vet Classic.

Check out https://linkin.bio/stux_usa today! They are looking for ambassadors and signing people up. 🤘 Don’t click this image. Visit the website. 😂 @stux_usa ...

Pics are up at SwapmotoLive.com from the Trans Am day 1 of racing! Thanks to everyone who came out to race the Vet only event. @customupfits @odigrips @ogio_powersports #transammx ...

@Ogio_powersports recognizes the Trans Am Vet Classic pulls in racers from all over the country so with that, they've decided to reward “The Kings of the Road” with the best travel package in motocross! Ogio will be rewarding the racer who travels the furthest, gifting them the all new Trucker gear bag, ONU22 carry-on as well as the new drifter backpack! #transam @customupfits @ogio_powersports @odigrips ...