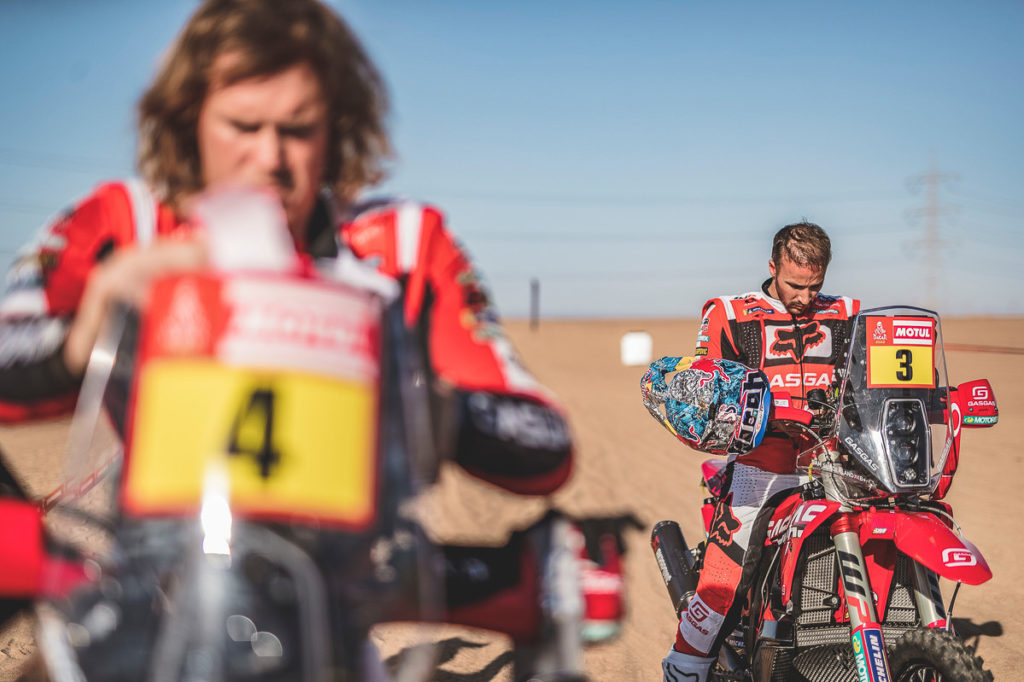 The 2022 Dakar Rally is underway, and racers will spend the next two weeks in a fourteen-Stage challenge of their speed, concentration, bike management, navigation, and confidence over the rough, tough landscape of Saudi Arabia.

The “prologue” continued in Stage 1B, a 514-kilometer loop around Hail that included a 333-kilometer Special. With a terrain of sand over busted rocks, overnight rains, and complicated navigation that caused some to lose their way and have unwanted time added to their overalls, it proved to be the first test in this year’s Dakar.

Daniel Sanders was again the fastest of the field and is now more than three minutes ahead in the general classification. Success on Saturday gave the GASGAS Factory Racing rider choice of starting position on Sunday. By going out fifteenth in the group, the Australian was able to follow other riders and avoid significant issues.

Pablo Quintanilla finished in second place, a result that keeps him ranked second overall. The Chilean fared the best of the Monster Energy Honda Team on the day; teammates Joan Barreda, José Ignacio Cornejo, and Ricky Brabec experienced issues late in the day and finished outside of the top-10.

Matthias Walkner went through his share of struggles with navigation, but the Red Bull KTM Factory Racing rider’s early pace and a quick correction between waypoints six and seven helped him finish in third place. The Austrian is now third overall, down more than eleven minutes to Sanders.

BAS Dakar KTM’s Mason Klein was a surprise to Stage 1B. The 20-year-old American finished fourth on Sunday and is now ranked fifth overall in his Dakar debut.

STAGE ONE B RESULTS

COMPLETE RESULTS OF THE 2022 DAKAR RALLY 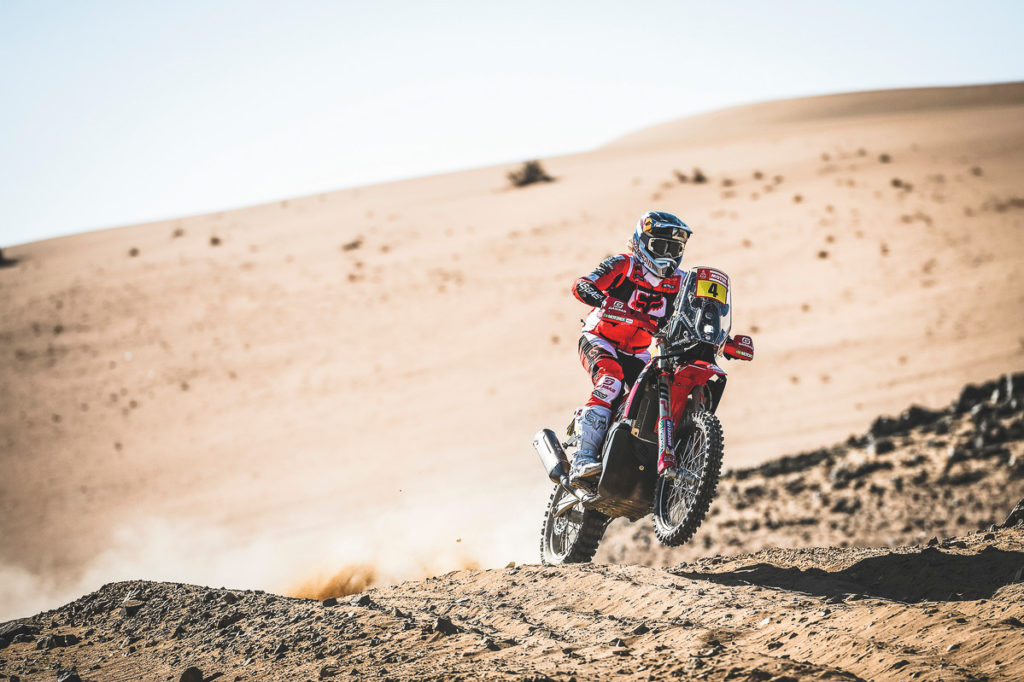