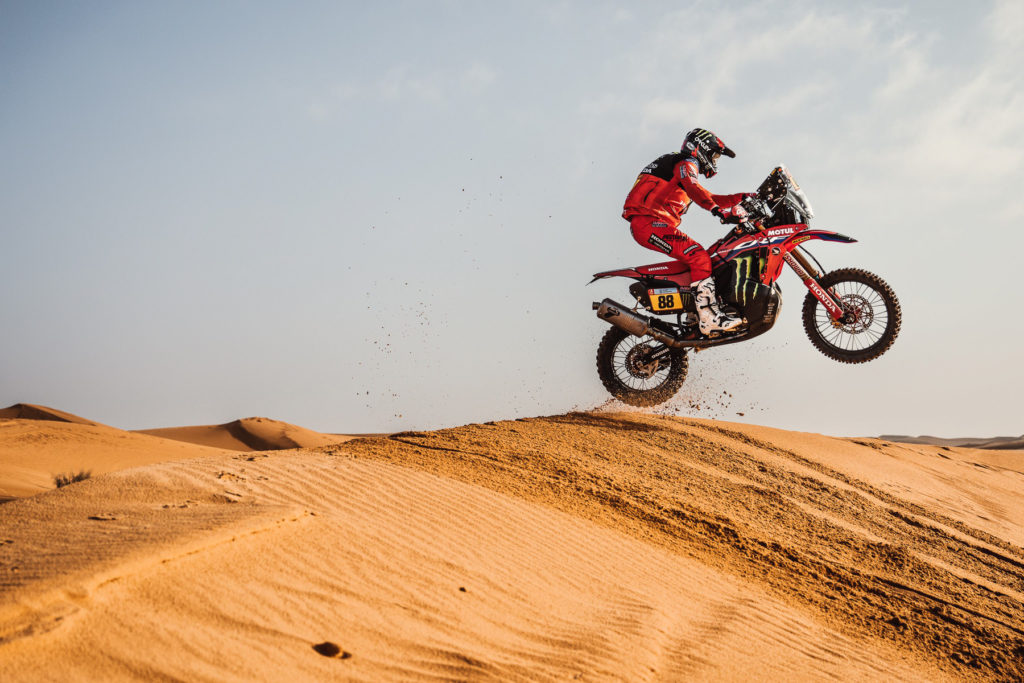 The 2022 Dakar Rally is underway, and racers will spend the next two weeks in a fourteen-Stage challenge of their speed, concentration, bike management, navigation, and confidence over the rough, tough landscape of Saudi Arabia.

Heavy rains and storms in recent days forced organizers to reroute Stage Two and move the finish to Al Qaisumah, a decision that took away a marathon portion of the rally but left the day’s 338 kilometer special.

Navigation difficulties during the prologue pushed Joan Barreda out of the top-10 going into Monday’s ride, but he bounced back in a big way and claimed the twenty-eighth Stage win of his career. Barreda was ahead by 20-seconds when he reached the first checkpoint, an advantage that the Monster Energy Honda Team rider stretched out to five minutes at the finish line. The result got Barreda to 10th overall.

Consistency has been Sam Sunderland’s best attribute through the opening days of the Dakar and a second-place result on Stage Three put the GASGAS Factory Racing rider into the overall lead. His teammate, Daniel Sanders, went off course after the refuel and the time lost dropped him to seventh in the general classification.

Monday was also a good run for the Monster Energy Yamaha Rally Team. An eighth place Stage result put Adrien Van Beveren into second overall and he trails leader Sunderland by three minutes. Andrew Short put in his best result so far and finished the Stage in ninth.

Skyler Howes finished just off the podium in the Stage and overall, as the Husqvarna Factory Racing rider was ranked fourth in both categories.

COMPLETE RESULTS OF THE 2022 DAKAR RALLY 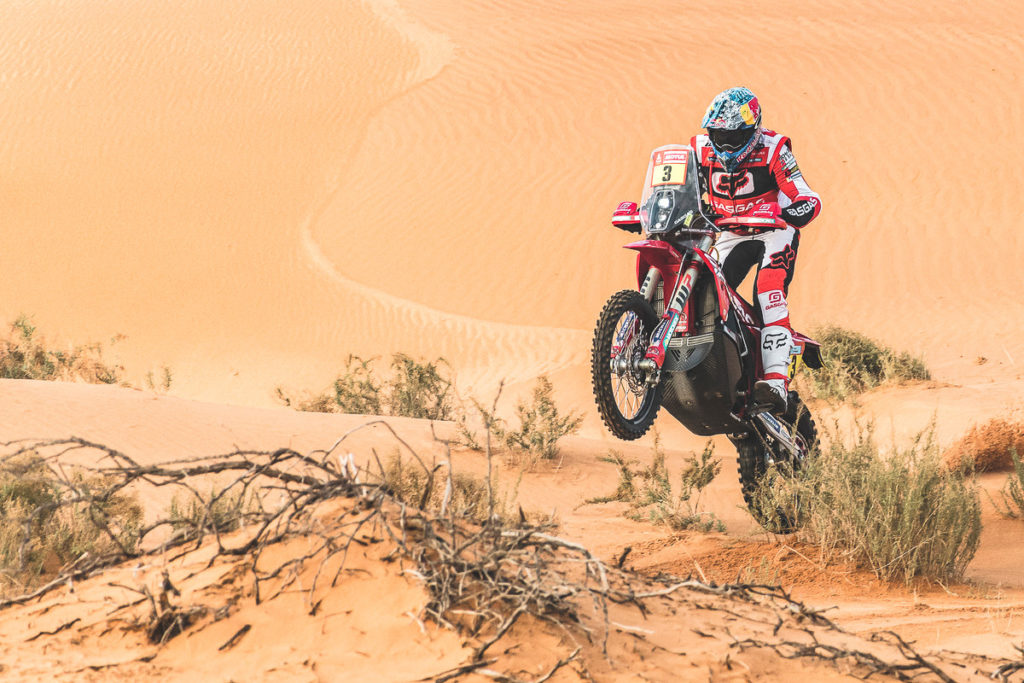