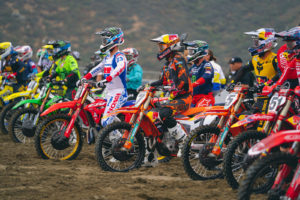 The 2022 Lucas Oil Pro Motocross series is officially underway, as round one at Fox Raceway kicked off this morning with timed-qualifying. Riders spent Saturday morning learning the course at the popular Southern California track, and to no surprise, the lap times are incredibly close. The front-runners in the 250 and the 450 Class were split by just fractions of a second on the qualifying sheets, building the anticipation for today’s initial gate drops even more! 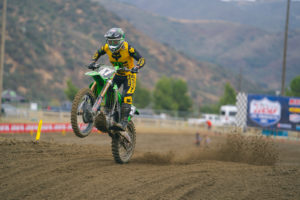 Monster Energy/Pro Circuit/Kawasaki’s Seth Hammaker came out swinging at Fox Raceway, as he set the fastest lap time overall with his 2:13.063 in the first qualifying session. Seth also found himself on top for a majority of the second session of qualifying, until Jett Lawrence’s final lap time. Though, the race course was faster earlier in the day and Seth’s fast lap in the first session was the lap time to beat in the 250cc class.

Hunter Lawrence’s fastest lap time from the first qualifying session rewarded him with second place overall on the time sheets. The Honda HRC rider logged a 2:13.380 late in the opening session of qualifying. Although he wasn’t able to better that time in the following session, neither was anyone else, so Hunter secured the second place position overall.

Rj Hampshire found his name in third place on the time sheets, as the Rockstar Energy Husqvarna rider logged a 2:13.599 in the first session of qualifying. Though, on the final lap of qualifying in session number two, Rj collided mid-air with another rider after that rider drifted into Rj. Thankfully, Hampshire remounted quickly and rolled through the checkered flag just a few yards ahead of the incident.

In the first turn on the opening session of qualifying, Seth Hammaker and Justin Cooper came together and both hit the deck. Fortunately, both riders were able to recover, as Seth ended up your fastest qualifier and Justin Cooper finished up 6th place overall. 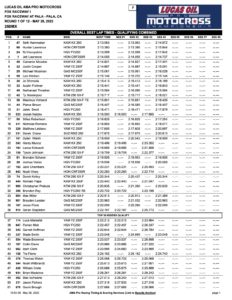 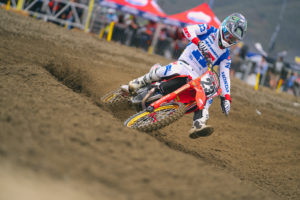 Chase Sexton was the man to beat at Fox Raceway this morning, as the Honda HRC rider ended both sessions of qualifying on top. Sexton’s 2:12.812 logged in the first qualifying session was more than impressive, however, Chase was one of the few riders that improved on his lap time in the second session of qualifying. His 2:12.333 logged on a slower, rougher track in the final session was the fastest lap time of the morning.

Teammate Ken Roczen was just behind, as the number-94 Honda landed in second place overall in timed qualifying. Ken logged a 2:13.120 halfway through the final session of riding, placing him at the top of the leaderboards until Sexton logged his fast lap on the final lap.

Monster Energy/Star Racing/Yamaha’s Eli Tomac was next on the time sheets, as the number-3 Yamaha logged a 2:13.831 on the slower course in the final session of qualifying to not only better his previous best time, but also jump into a top-3 result on the time sheets. 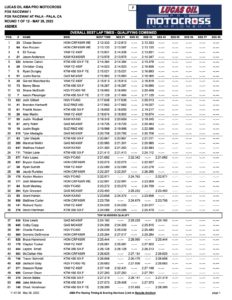 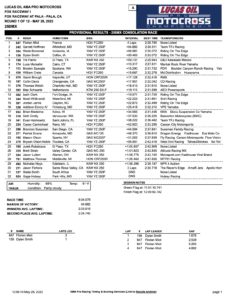 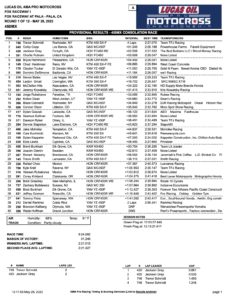 2022 Fox Raceway One Motocross | How Was Your Weekend