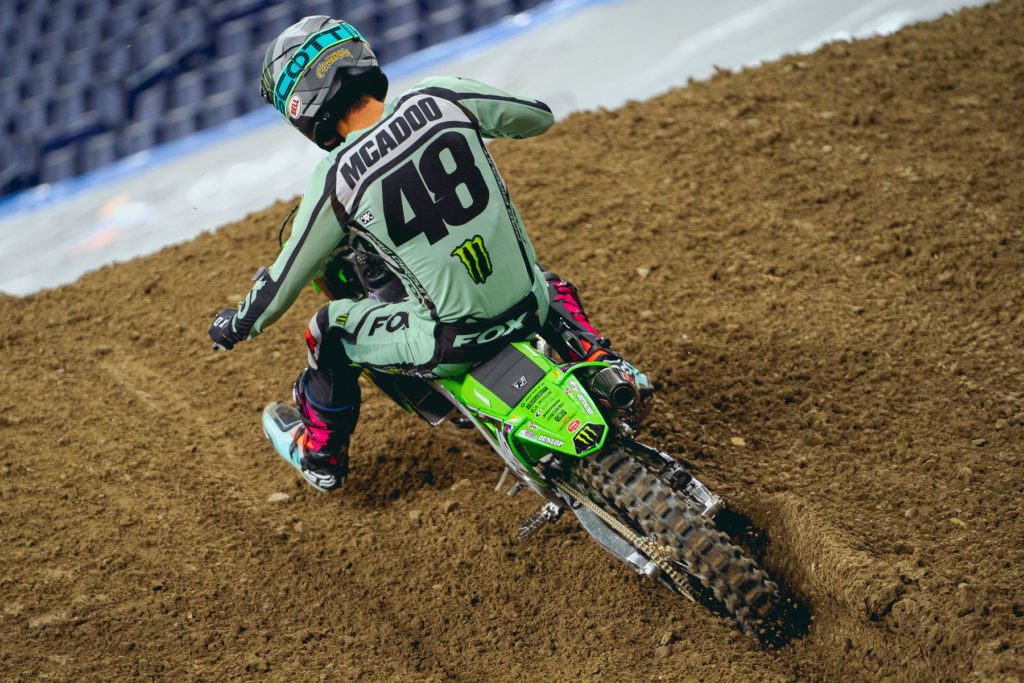 CHECK OUT OUR COMPLETE COVERAGE OF THE 2022 INDIANAPOLIS SUPERCROSS

The Monster Energy Supercross Championship continues its dozen-race rush with the 2022 Indianapolis Supercross, the eleventh round of the series. A chaotic and crash-filled feature last week in Detroit left a mark on many in the 450 Class, something that you’ll notice in the rider notes and see in the cushion Eli Tomac now has over the competition, and lots of guys are eyeing the upcoming break in action. The 250 East Coast region, however, only has to get through one more night before their two-week spring break begins.

11. Kyle Chisholm | The 450 Class privateer will complete the 250 East Region with Monster Energy/Star Racing/Yamaha, a fill-in gig that begins in Detroit.

68. Preston Kilroy | The BARX/Chaparral/Suzuki rider is on the entry list after missing rounds due to a concussion suffered in Arlington.

6. Jeremy Martin | The Monster Energy/Star Racing/Yamaha rider will miss an undetermined amount of time due to a shoulder injury from a mid-week practice crash.

32. Justin Cooper | The Monster Energy/Star Racing/Yamaha rider was slated to ride the East Region, but will miss the entire SX season due to a foot injury.

33. Austin Forkner | The Monster Energy/Pro Circuit/Kawasaki rider will will miss an undetermined amount of time due to a broken collarbone.

36. Max Vohland | The Red Bull KTM rider is on the sidelines due to a hematoma on the shoulder and cracks to the clavicle.

37. Coty Schock | The Phoenix Honda rider is on the mend with a knee injury and sore shoulder from a crash in Arlington.

52. Kyle Peters | The Phoenix Racing Honda rider is recovering a broken hand and ribs from a hard crash in the Main Event at Daytona.

59. Levi Kitchen | The Monster Energy/Star Racing/Yamaha rider suffered a broken tibia and knee cap from a crash in Arlington.

70. Ramyller Alves | The Invictus Speed Crew rider is on the sidelines from a concussion suffered in Arlington.

85. Hunter Sayles | The Partzilla/Team PRMX rider is indefinitely sidelined due to eight broken ribs and a punctured lung from a press day crash in Detroit.

92. Jace Kessler | The SGB Honda rider is off the entry list after suffering crashes and small injuries in recent races.

124. Jett Reynolds | The Monster Energy/Pro Circuit/Kawasaki rider will will miss an undetermined amount of time due to a broken hand.

150. Jess Pettis | The Red Bull KTM Canada rider will miss the East Region after a recent crash left him with a broken scapula, broken collarbone, and punctured lung.

682. Izaiah Clark | The Iowa privateer will miss an undetermined amount of time due to a broken foot.

1. Cooper Webb | The Red Bull KTM rider has a fractured metacarpal in his hand and a bruised shoulder from his Detroit crash, but intends to race Indianapolis.

21. Jason Anderson | The Monster Energy Kawasaki rider is tied for second overall in the championship standings with Malcolm Stewart.

282. Theodore Pauli | The MADD Parts/Circuit/Namura rider suffered injuries to his lower leg and knee at an independent money race, but is on the entry list for Indianapolis.

7. Aaron Plessinger | The Red Bull KTM rider will miss an extended part of the Supercross season due to a broken arm from a practice crash.

9. Adam Cianciarulo | The Monster Energy Kawasaki rider injured his knee during a practice incident in San Diego and will miss the rest of the SX season. The time off will allow him to heal a Grade Three AC separation in his left shoulder.

14. Dylan Ferrandis | The Monster Energy/Star Racing/Yamaha rider will miss Indianapolis due to a jammed wrist and bone bruise caused by a cased landing in Detroit.

17. Joey Savatgy | The Rocky Mountain ATV-MC/WPS/KTM rider tore the ACL in his right knee in a recent practice crash, worsened the injury in San Diego, and will miss the rest of the SX season.

34. Max Anstie | The Rocky Mountain ATV-MC/WPS/KTM rider will miss an extended part of the Supercross season due to assorted upper body injuries from a crash in Minneapolis.

46. Justin Hill | The PRMX rider will miss the season due to a shoulder injury from a practice crash.

73. Benny Bloss | The Team Tedder/Monster Energy/Lucas Oil/KTM rider will miss the start of the season due to a broken lower leg and collarbone from a practice crash.

94. Ken Roczen | The Team Honda HRC rider is taking an indefinite hiatus from the 2022 Supercross season after recent struggles with his health.

421. Vann Martin | The Texas privateer is sidelined with broken T6 and T7 vertebra. Fortunately, he has feeling through his body and is on his way to a full recovery.

751. Josh Hill | The Team Tedder/Monster Energy/Lucas Oil/KTM fill-in rider is sidelined with hip and pelvis injuries from a crash at Anaheim Three.

722. Adam Enticknap | The Twisted Tea/HEP Motorsports/Suzuki rider is sidelined for four-six weeks with a fracture of his C7 vertebra from a crash in Arlington. 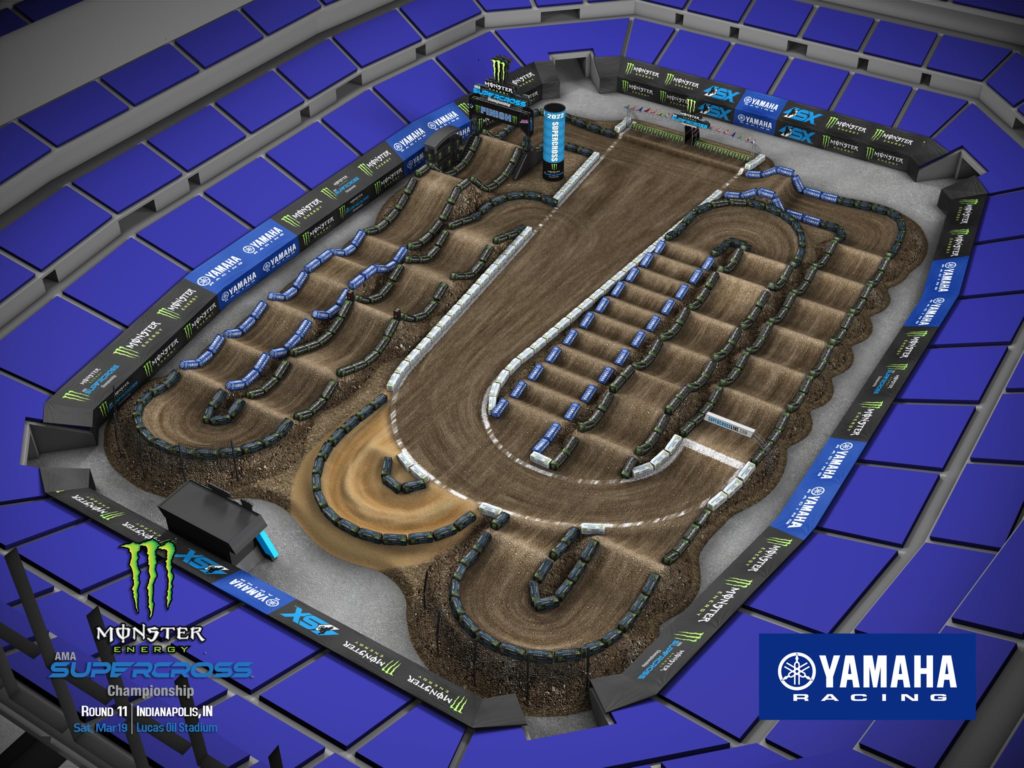 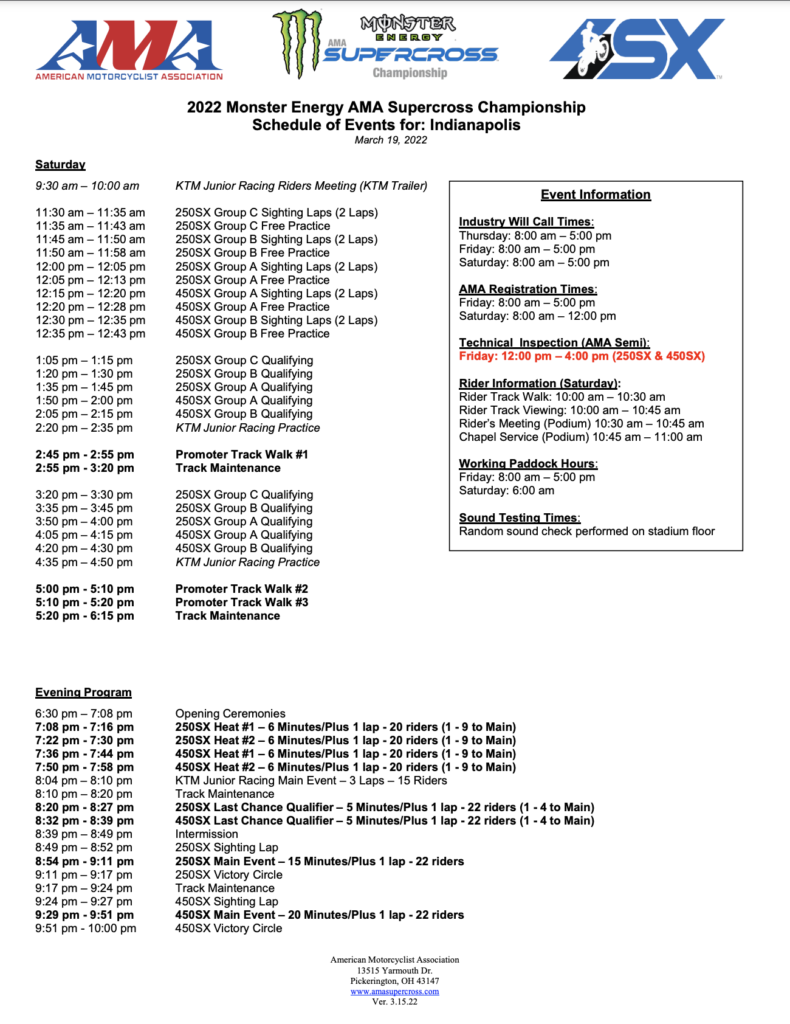 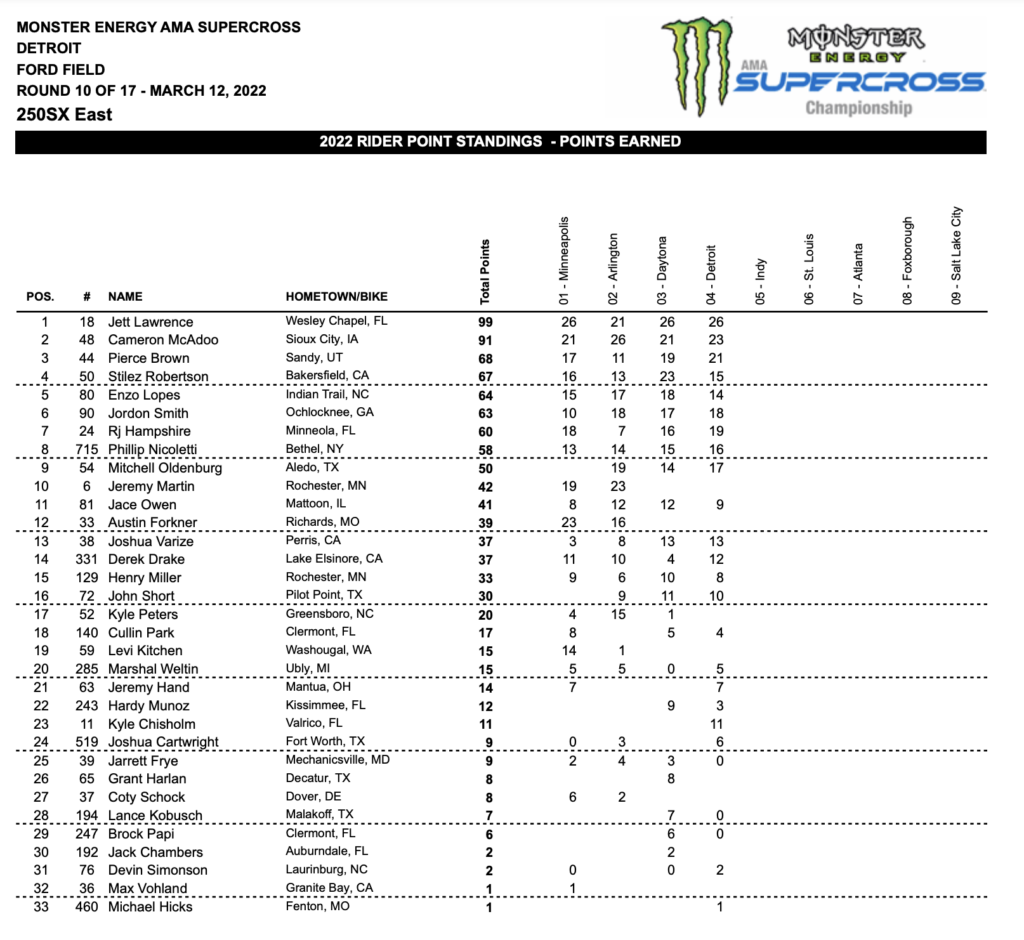 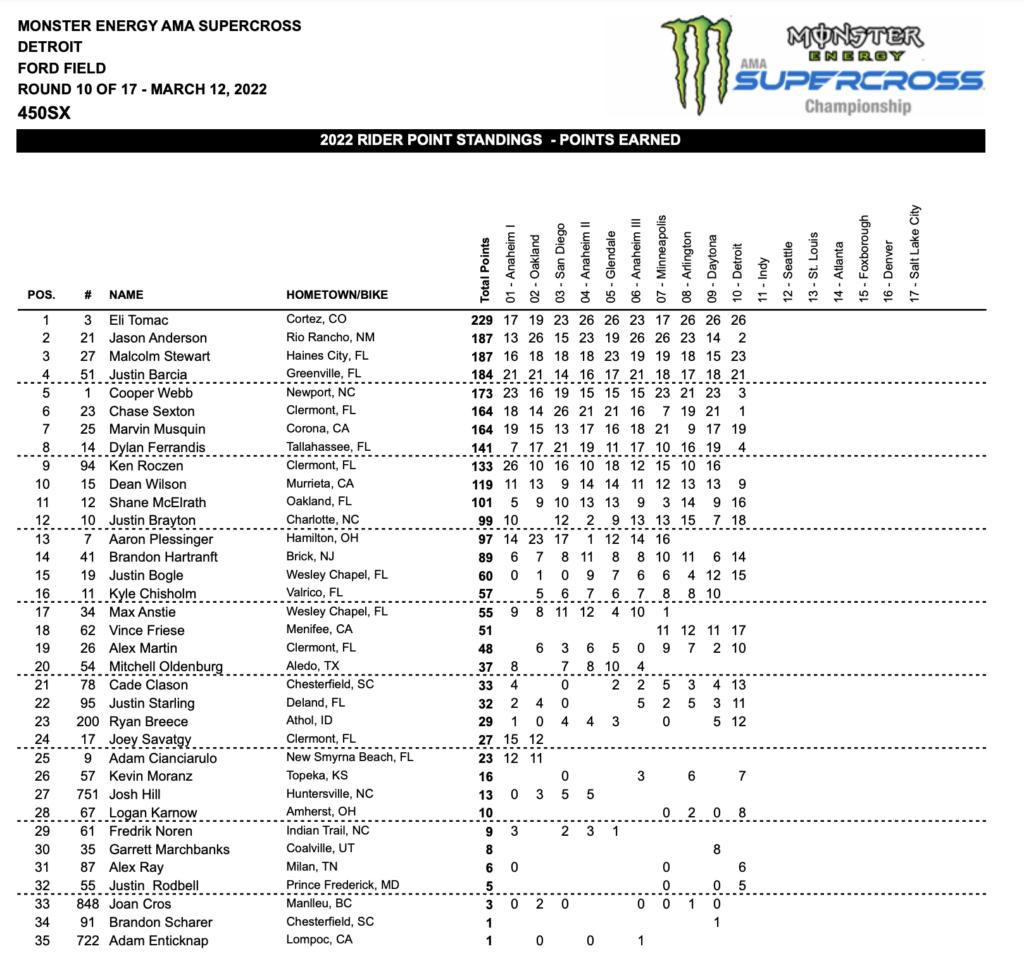 2022 Indianapolis Supercross | How Was Your Weekend