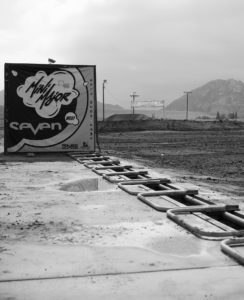 And just like that, the 2022 Mini Major West, presented by Seven MX, is officially in the books. Well over 700 youngsters joined us for the seventh annual Mini Major at State Fair MX, where the track crew had designed a unique course layout for the three days of racing. Over the weekend, 90 individual gate-drops were had and hundreds of kids left the popular Perris, CA facility with memories that’ll last a lifetime.

Out of the nearly 800 young rippers, many rose to the top throughout the three days of racing after impressive performance’s on track. Leum Oehlhof was one of the youngsters that made an impression at the 2022 Mini Major West, as he shared some epic battles with his riding buddy Nathan Abbott in the Supermini classes. When the dust settled, Leum had won seven individual motos aboard his Rides Unlimited Racing KTM. Those moto wins were the catalyst to Leum’s overall victories in the Supermini 1, Supermini 2, and Supermini 3/85cc Open classes. After those results, we think it’s safe to say the Seven MX athlete had quite the time at the 2022 Mini Major West event.

As for the 65cc riders, it’s hard not to mention Braxtyn Mes. The youngster out of Temecula, CA was often seen out front aboard his all black Husqvarna TC 65 and TC 85, as he snagged the moto win in every single 65cc race he contended in and even won all three of his motos in an 85cc class. That’s right, Braxtyn left State Fair MX with nine more moto wins to his name after sweeping the 65 4-11yrs Open, 65 9-11yrs, and 85 8-11yrs classes. After this year’s results at the Mini Major, we’re sure the future is bright for young Braxtyn Mes.

We’ve watched Reagan Heighton’s speed and bike-skill improve greatly over the last three Mini Majors, so we weren’t too surprised to see her hanging with the boys aboard both her Husqvarna EE 5 and Cobra 65cc. However, we were impressed with the amount of seat time Reagan logged at this year’s Mini Major West. The youngster seemed to be on the track every other moto, as she competed in 8 different classes, including the Father/Son(Daughter) 65cc Race. At the end of the weekend, Reagan had swept all three motos in the Girls 50cc Open and snagged another six top-3 finishes in her 21 separate motos. Way to go, Reagan!

The 2022 Mini Major West would not have been possible without the support from each of our gracious sponsors. A few of the event sponsors even put together some cool challenges and prizes for youngsters off of the track, such as the ProTaper pull-up challenge. Seven MX brought out the Mini Major cut-out, along with their giant viewing area, for kids to take pictures in. Our friends at OGIO Powersports even had some custom duffle bags made for those who snagged holeshots in their motos.

Previous Article
2022 Mini Major West by Seven MX | Recap Video
Next Article
“As A Team, We Did It” | Star Racing’s Jeremy Coker