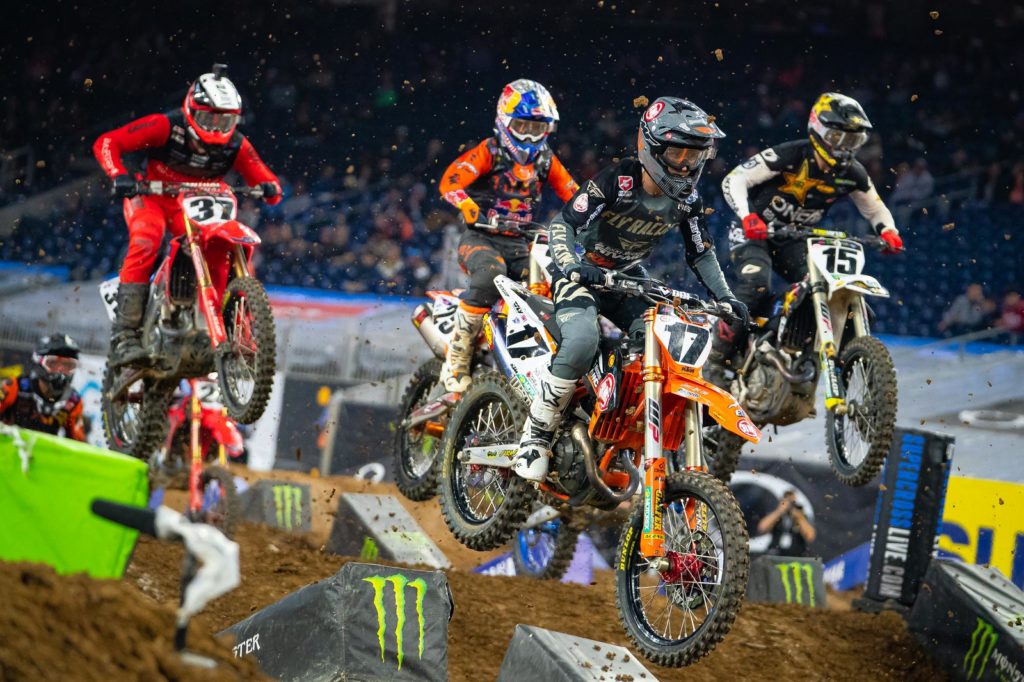 We were just as bummed as you were to see the first part of the 2022 Monster Energy Supercross Championship television special get pre-empted by long distance ski jumping, but hey, it’s an Olympic year and NBC spends a lot of money on the broadcasting rights for event ($7.75 billion dollars, to be exact).

Fortunately, Feld Entertainment has uploaded the show, in its entirety and commercial-free, to the Supercross YouTube page. Press play on the video and get ready for the upcoming race season.