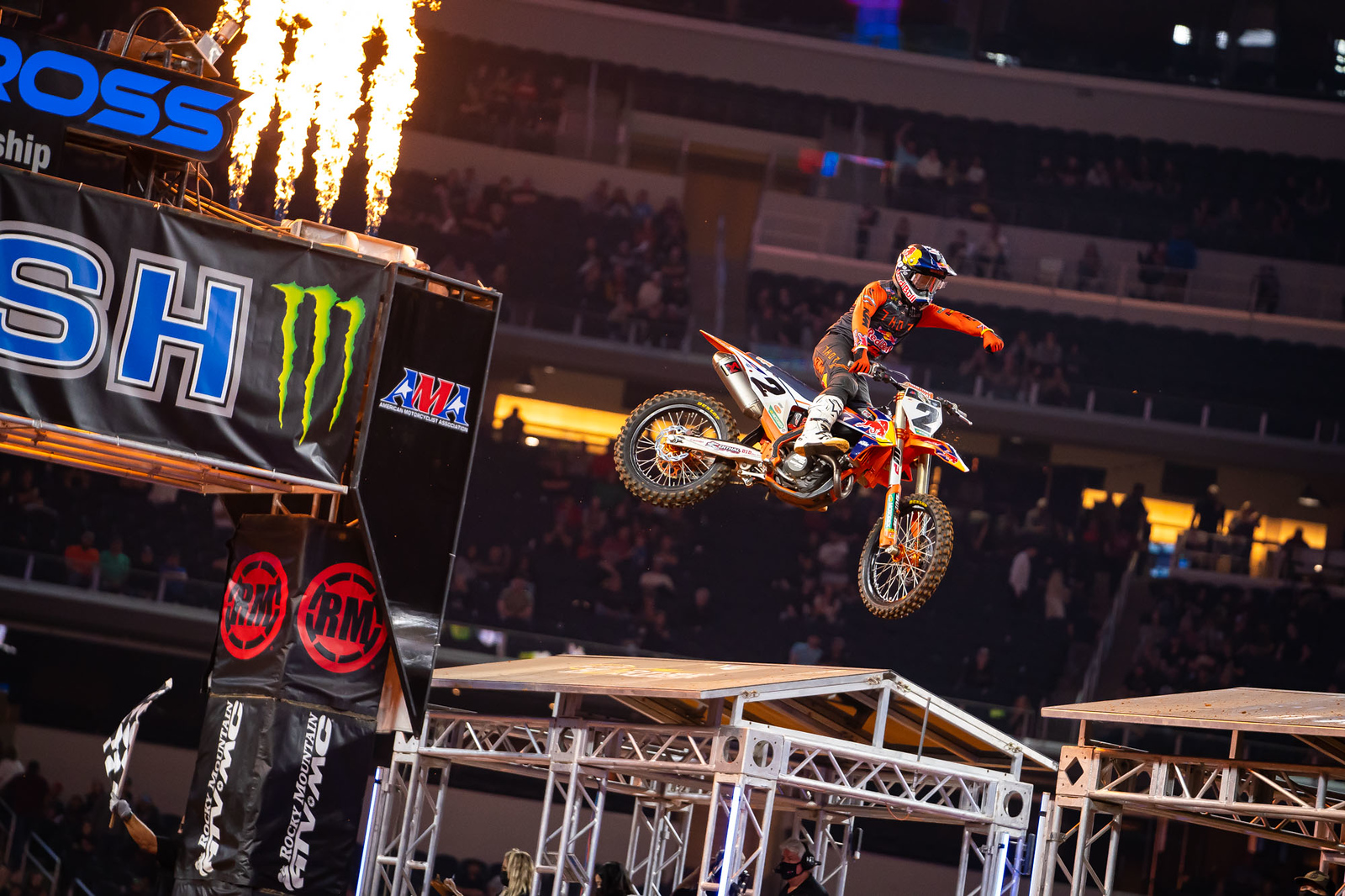 Feld Entertainment has released the complete race schedule for the 2022 Monster Energy Supercross Series, a 17-round tour that will include stops in Anaheim, Oakland, San Diego, Glendale, Minneapolis, Arlington, Daytona, Detroit, Indianapolis, Seattle, St.Louis, Atlanta, Foxborough, Denver, and Salt Lake City. The series will begin with the 2022 Anaheim One Supercross on January 8 and conclude with the 2022 Salt Lake City Supercross on May 7, with the capability to have full capacity crowds at every venue.

Also mentioned in the statement is the return of the Triple Crown event format at select rounds and multiple runnings of the 250 East-West Showdown.

Below is the schedule announcement and press release from Feld Entertainment… 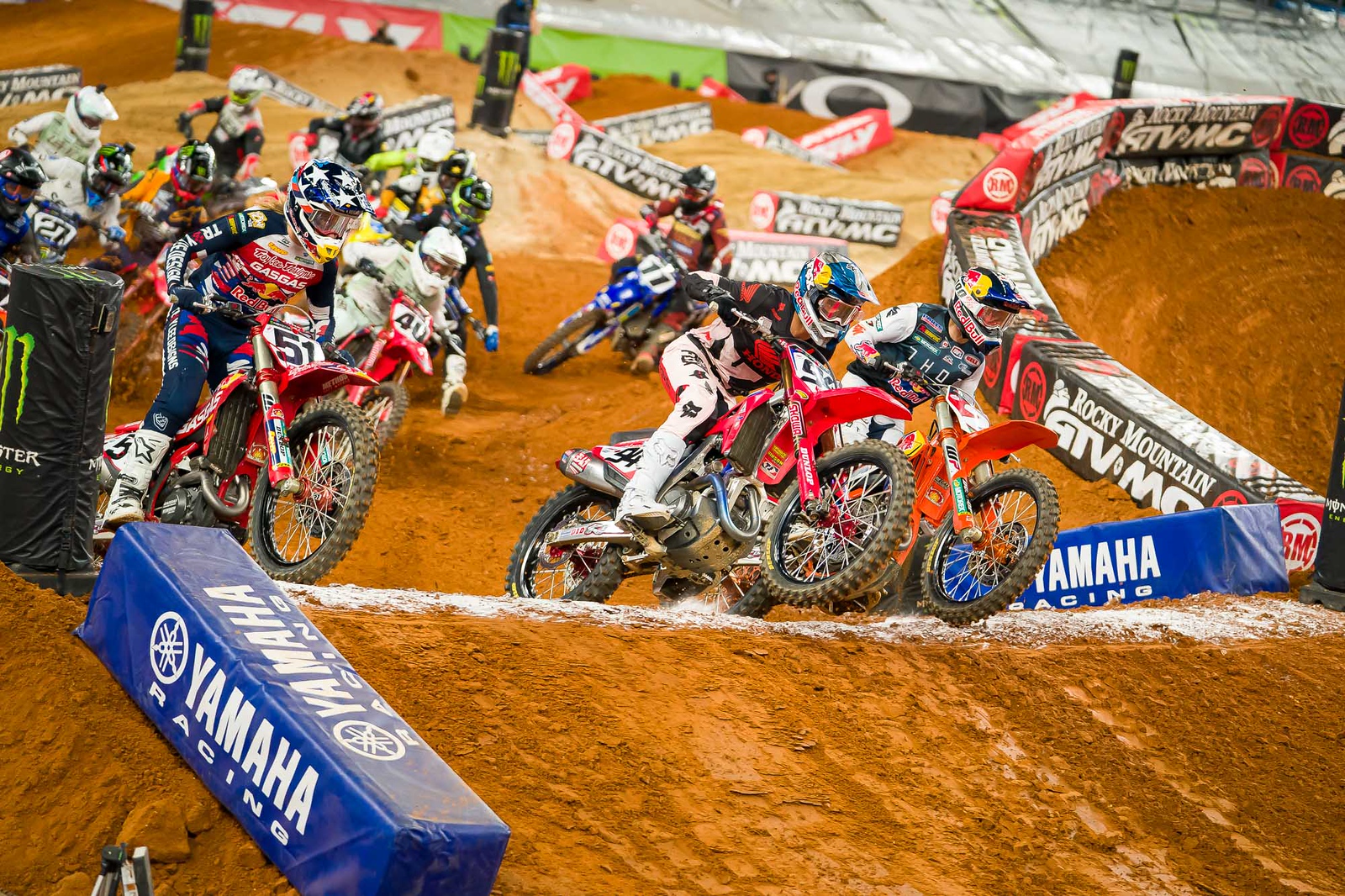 After a weekend off, the final five rounds will crisscross the country beginning in St. Louis, Mo. at the Dome at America’s Center on Saturday, April 9, then return to Atlanta Motor Speedway in Hampton, Ga. on Saturday, April 16, followed by a visit to Gillette Stadium in Foxborough, Mass. on April 23 and Empower Field at Mile High in Denver, Colo. on April 30. The championship will conclude in Salt Lake City at Rice-Eccles Stadium on Saturday, May 7 as Utah, the State of Sport, once again hosts the finale.

Storylines abound for the 2022 Supercross season as the 450SX Class continues to feature what has become an ever-expanding, deep array of talent. Three Supercross champions will be competing for another title – 2x champion Cooper Webb, 2020 champion Eli Tomac and 2018 champion Jason Anderson as both a domestic and international “who’s who” list of competitors vie for their first title – Ken Roczen (Germany), Marvin Musquin (France), Dylan Ferrandis (France), Adam Cianciarulo, Justin Barcia, Aaron Plessinger, Malcolm Stewart and Chase Sexton, all from America.

Another welcomed highlight will be the return of FanFest which is currently planned for all rounds except Minneapolis, Minn. (Round 7) and Detroit, Mich. (Round 10). The expansive outside footprint will feature the race team rigs, Monster Energy exhibitions, photo opportunity set ups, food and beverages, plus the comforting Race Day Live Lounge and red-carpet styled Ride of Fame.