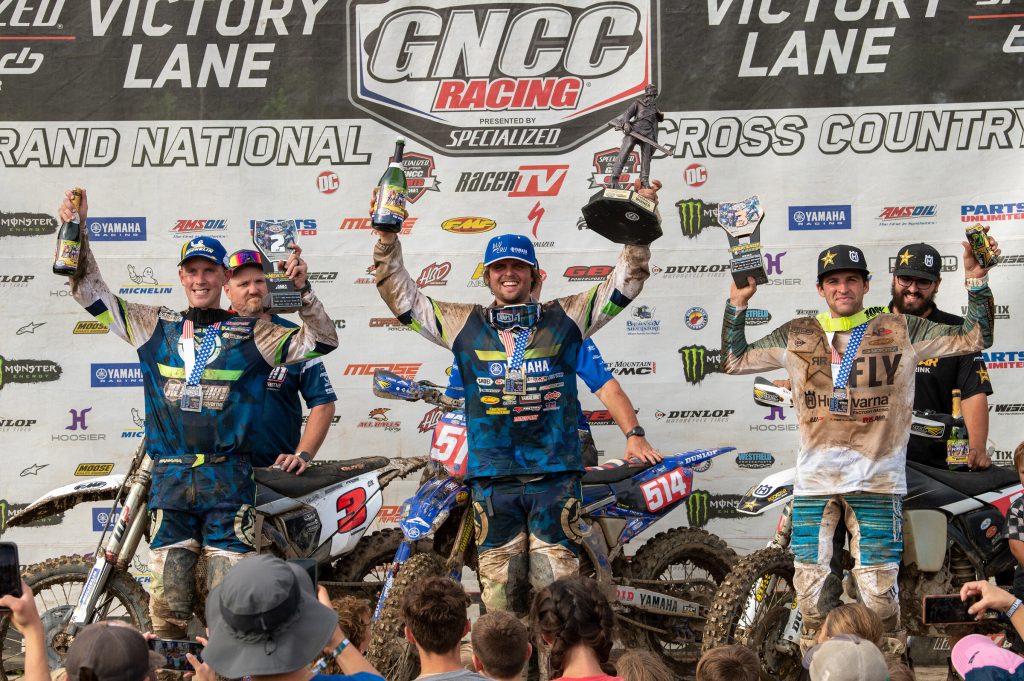 After a long and needed summer break, the Grand National Cross Country Series returned to action with the 2022 Mountaineer GNCC, the tenth race of the year for the off-road series. The last part of the season is expected to be an all-out battle as a list of riders know that they can make things interesting turn hours on the bike into wins or podium finishes.

Press play to see how things played out in the woods of West Virginia.

The Grand National Cross Country (GNCC) Series presented by Specialized, an AMA National Championship, concluded its tenth round of the season, The Rocky Mountain ATV/MC Mountaineer, on Sunday, September 11th in Beckley, West Virginia. The event continued to serve as a salute to First Responders and Military members as it fell on the 21st anniversary of the September 11th attacks.

As the green flag flew at the start of the race it was Coastal GASGAS Factory Racing’s Ricky Russell firing his motorcycle first and grabbing the $250 All Balls Racing XC1 Holeshot Award. Russell would lead the way for the first three laps of the race, but a crash on lap four would set him back into the fourth place position.

AmPro Yamaha’s Steward Baylor didn’t have the start he hoped for as he was in the back of the pack. Baylor would push throughout the opening lap, coming through fifth in his class. As the race continued on Baylor would make his way into third, and then on the fourth lap he would make the pass for the lead stick. On the last lap of the race Baylor was not letting down, he continued to put his head down and push and would come through the finish line with an 18 second lead.

Coming through to earn second on the day was the Magna1 Motorsports/Husqvarna-backed rider of Jordan Ashburn. As he continues to lead the way in the National Championship standings, Ashburn would put in a good ride as he battled back-and-forth for a podium position throughout the race. Ashburn now holds a 32 point lead in the points standings with just three rounds remaining.

Making his return to the series after his round one injury was Rockstar Energy/Factory Husqvarna Racing’s Thad Duvall. In front of his home-state crowd, Duvall would get a good start to the day, coming around in third on the opening lap. However, as the race wore on, he would find himself back in the fifth place position, only to fight his way back up into a podium finishing position. Throughout the last hour of the race Duvall would remain in that podium position, taking the checkered flag for third overall.

Russell would restart his bike after a crash on lap four, but he would be unable to make a charge to the front of the pack.

Rockstar Energy/Factory Husqvarna Racing’s Craig DeLong captured another top-five finish in the XC1 Open Pro class, with a sixth overall on the day. Delong would start his day off inside the top five, but a crash on lap one would send him back in the pack. Even after a bit of a rough day, he was able to make his way back up through the field of riders, crossing the finish line for that fifth place position in XC1.

Steadily making his way up after an eighth place start was Rev Motorsports/GASGAS Racing’s Grant Baylor. After moving up to seventh on lap three, Baylor would continue to make the necessary passes for him to move into sixth as the checkered flag flew.

FMF/KTM Factory Racing’s Josh Toth was off to a great start as he came through second on the opening lap. However, after tipping over and stalling his bike Toth would fall back to fourth and then fifth. Toth would try to regain himself and positions but would suffer a few minor mistakes that would take him back to the seventh place position in XC1. 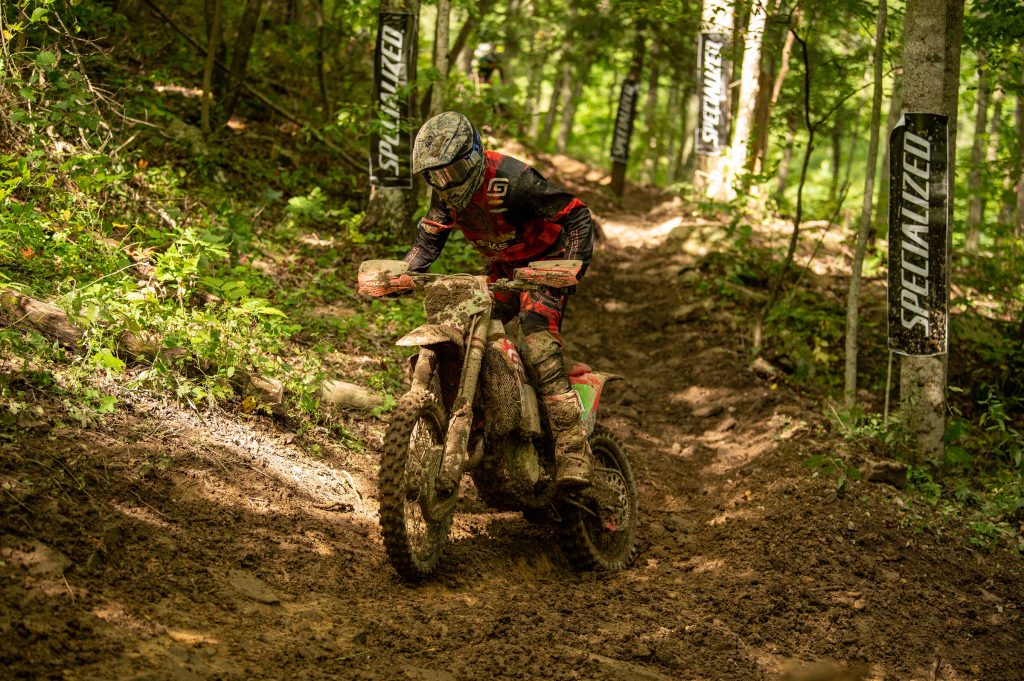 In the XC2 250 Pro class it was Tely Energy/KTM Racing’s Liam Draper jumping off the line first to earn the STACYC XC2 Holeshot Award. However, it would not take long for Coastal GASGAS Factory Racing’s Johnny Girroir to grab the lead and take off.

Girroir was on a mission at The Mountaineer this weekend, and he was not looking back as he overtook that number one spot. Girroir would hold the lead until the checkered flag flew and would have over a four minute lead on the rest of his class.

Babbitt’s Online/Monster Energy/Team Green Kawasaki’s Lyndon Snodgrass had his work cut out for him after he started back in the mid-pack range. Snodgrass would come through third on the opening lap, but he would be unable to make a pass for second until the fourth lap of the race. Snodgrass tried to put on a charge, but ultimately would finish second in XC2.

Earning his fourth podium finish of the season Phoenix Honda Racing’s Ruy Barbosa, as he came through to earn third in the XC2 250 Pro class. Barbosa would put on a hard charge after falling back to seventh on the second lap of the race, and as he continued to push, he would find himself up to fifth as the white flag flew. On the last lap of the race Barbosa would make the crucial passes to finish in that last podium position.

Phoenix Honda Racing’s Cody Barnes and AmPro Yamaha’s Michael Witkowski were also hard chargers on Sunday afternoon after they started towards the back of the pack and would work their way up to finish fourth and fifth in the XC2 class.