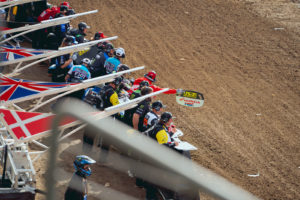 Round two of the 2022 Monster Energy Supercross Series is officially underway, here in Oakland, CA. Riders spent Saturday afternoon learning the track that fills the floor of RingCentral Stadium, and to no surprise, the lap times are incredibly close. The front-runners in the 250 West Coast and 450 Class were split by just fractions of a second on the qualifying sheets, building the anticipation for tonight’s gate drops even more! 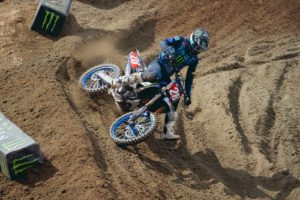 Yet again, Christian Craig and his Monster Energy/Star Racing/Yamaha machine landed at the top of the leaderboard in 250 West Coast qualifying. Though, he had to clean some sections up and wait for the second qualifying session to do so, as his 59.510 time came after finishing in second in the first timed qualifying. As we head into the night program, Christian Craig is the only 250cc rider to dip below a minute lap-time.

Michael Mosiman turned some heads in the first timed-qualifying session, as he came out swinging with the fastest time before the second, and final, session. Though, the Troy Lee Designs/RedBull/GasGas rider will have to settle with second place overall in qualifying, as he heads into his hometown race with a 1:00.302 as his fastest time around the course.

Nate Thrasher turned in a last-minute fast-lap in the second session of 250 West Coast timed qualifying, rewarding him with the third place position going into the night show. The Monster Energy/Star Racing/Yamaha rider just barely edged out Seth Hammaker with a 1:00.709 on his second to last lap around the course. 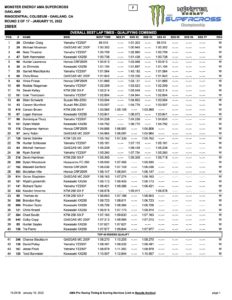 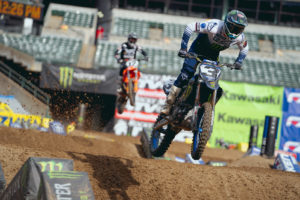 As some suspected, the loose soil inside the RingCentral Coliseum seemed to favor Eli Tomac, as he placed his Monster Energy/Star Racing/Yamaha at the top of the leaderboards in the second 450 timed-qualifying session. Eli heads into the night program having logged a 59.108, the fastest lap around the Oakland Supercross course.

Dylan Ferrandis followed the lead of his Monster Energy/Star Racing/Yamaha teammate and turned in a 59.180 in the second timed-qualifying session, rewarding him with the second fastest time on the leaderboards.

Cooper Webb isn’t a name we see towards the front of the leaderboard in timed-qualifying often, as he tends to do most of his work during the race. However, the RedBull KTM rider turned in a 59.256 and sits in third place on the qualifying sheets, just a few tenths off of the fastest time of the day.

Cade Clason went down hard in the first timed-qualifying session after clipping a tough-block on the face of a triple. Cade did not make an appearance in the second session of qualifying.

The first set of whoops became a challenge in the second session of qualifying, as both Ken Roczen and Chase Sexton went down in a scary crash. Ken, who led the pair, went down first, leaving Chase with nowhere to go except over Roczen’s head. Luckily, both riders were fine and remounted aboard their HRC Hondas. However, Sexton had another wreck in that set of whoops later in the session, but again seemed to be fine. 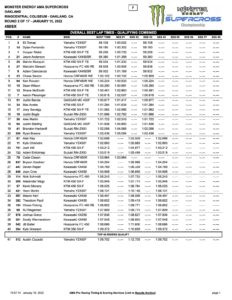 2022 Oakland Supercross | How Was Your Weekend