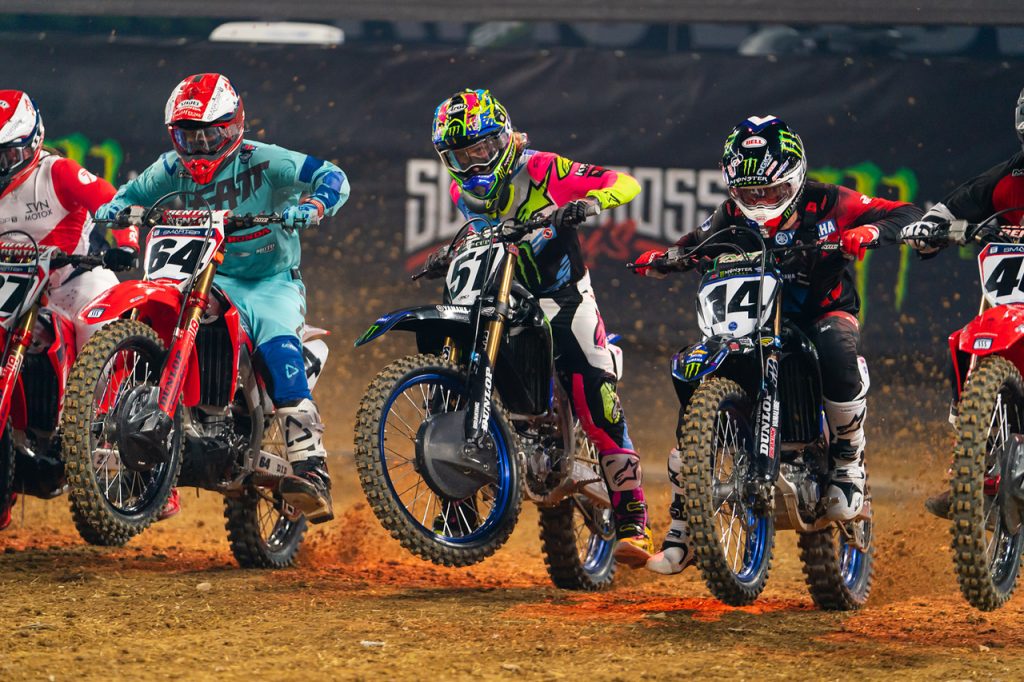 Although the offseason is noted for special events held around the world, only one has been managed to entice generations of superstars to the starting line, endure a pandemic, and run at three different venues while keeping its prestigious place on the calendar: the Paris Supercross. This year’s race is shaping up to be one of the best yet, with a handful of championship-caliber riders and international SX experts ready to go against each other over two nights for the “King of Paris” award.

The Lariviere Organization has done plenty to make the thirty-ninth running of the Paris Supercross memorable, especially after two challenging years (canceled entirely in 2020 and a slightly subdued, one-day race in 2021). Promoters confirmed their return to Paris La Defense Arena in early June and announced Eli Tomac, Jett Lawrence, Hunter Lawrence, Cooper Webb, and Marvin Musquin as headlining competitors soon after. Unfortunately, the early efforts were not enough to avoid every problem, and the Lawrence brothers were recently forced to withdraw due to issues with visas and other paperwork in the United States. This setback was remedied by calls to Justin Brayton and Ken Roczen, and their immediate acceptance of the late invitation has added more interest in the race (Saturday is sold out, with limited tickets available for Sunday).

Will this weekend be a preview of 2023? Scroll down to see the SX1 and SX2 entry lists, schedules for Saturday and Sunday, digital renderings of the track, and how you can watch the action live or as an on-demand replay through MXGP-TV. 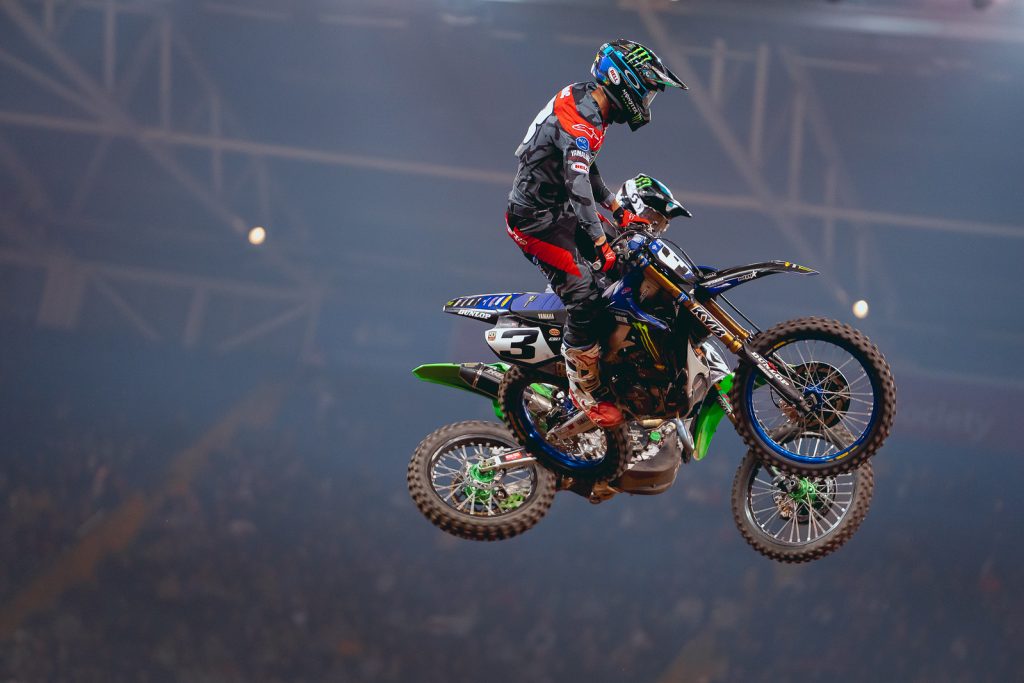 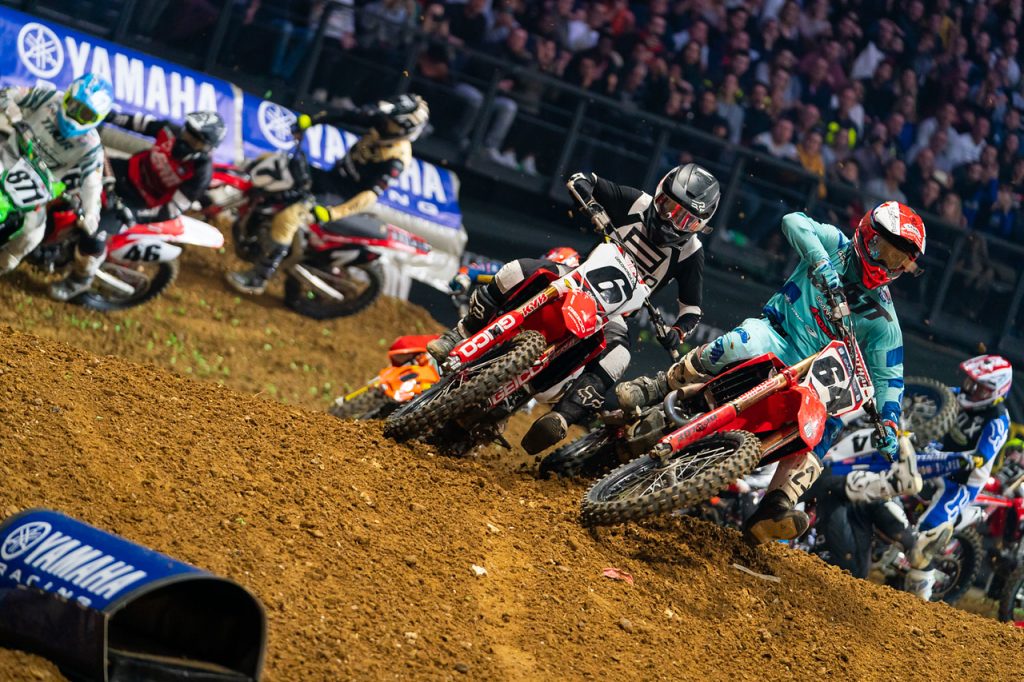 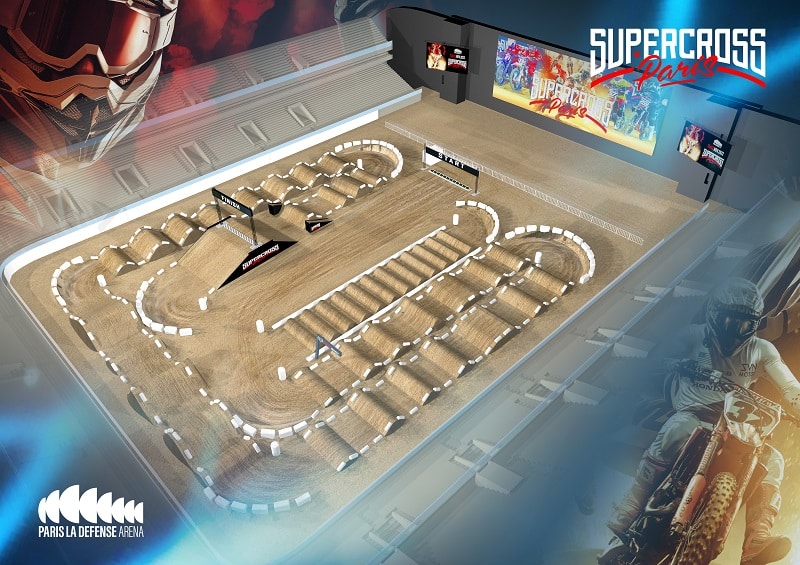 Access to the Paris La Defense Arena is important to the event, as it brings the action to the country’s metropolitan capital (La Defense/Nanterre is part of the Paris business district) and offers enough floor space (it is Europe’s largest arena) to build a proper track.

This year’s layout includes a 260-foot start straightaway, three rhythm lanes, a “spec” triple, and whoops, a feature that was absent in the 2021 track. Maintaining the course is slightly different than what we see in the US; track crews will reface jumps and eliminate ruts from corners during the scheduled intermissions, then go over certain sections with rollers until the clay is smooth as glass. 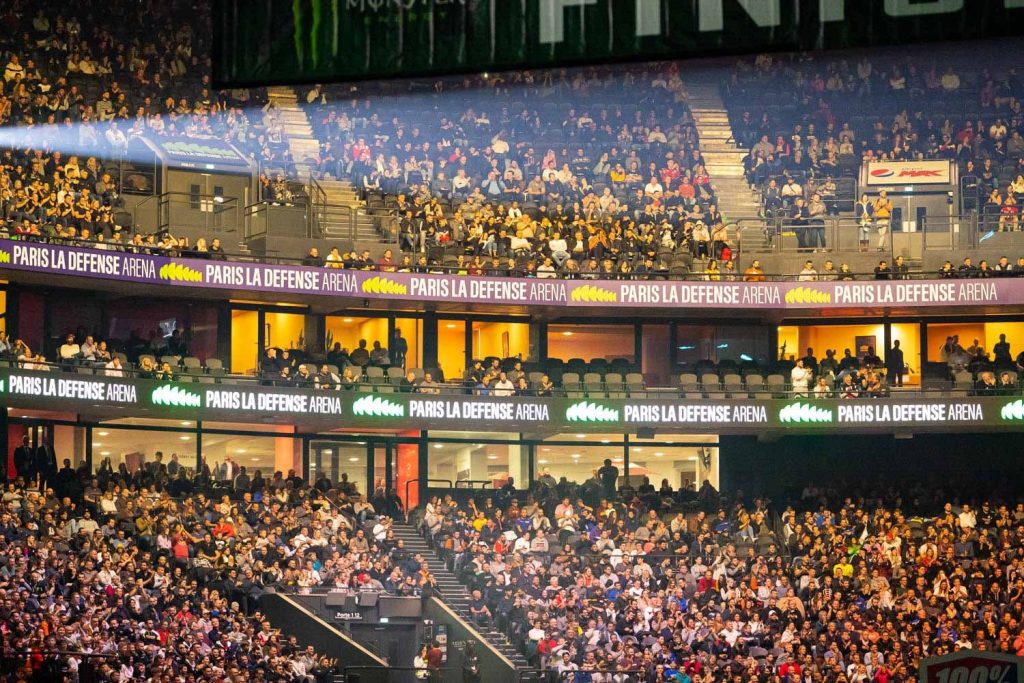 New for this year is an official livestream broadcast through MXGP-TV that will show four hours of coverage each day, including opening ceremonies, every SX1-SX2 race, and commentary from Paul Malin.

There will be two price tiers to access the platform: an $11.99 USD weekend pass to watch live feeds and on-demand replays of the Paris race, or an $114.99 USD package that will cover Paris Supercross, every round of next year’s MXGP series, and the 2023 Motocross of Nations.

Live timing and scoring will be managed by the FFM, with results posted immediately after each session.